John adds a substation to his coal mine layout

John’s been in touch again – my word he’s been busy. And it looks fab too.

My latest on the West Virginia Energy coal lines is attached.

The mine module sent in to you before is now almost done, there will be another smaller mine constructed and connected to the right of the one pictured here.

I added a power substation, it’s a Walthers kit but with all the buss-bars attached, tedious work, no wonder they don’t include them.

I worked as a lineman for the power company just after high school, so kind of know where the connections should go. Also the stock kit is on a rectangle base which I cut to fit the space I had.

The wire on the big towers is bead-string, and the green wires (static lines and the power lines to the mine) are Berkshire Junction EZ Line. The chain-link fence is lace ribbon from a fabric store, and the posts for the fence are bent copper wire.

Like most West Virginia back woods lines there is an abandoned siding someplace, even the switch to get onto it has been removed.

On this siding sits the first locomotive the W/V Energy people acquired from New York Central, a majestic Hudson, now rusting back to nature and glistening in the morning dew.

The back-head of the boiler warped when the mine owners kid wanted to be a “locomotive fireman” and fell asleep while the train was running another loaded coal train to the Chessie interchange, letting the water in the boiler get too low. The engineer dumped the fire to the roadbed, setting 3 cars of the following train alight but avoiding the disaster of the boiler exploding.

The entire episode embarrassed everyone, and killed the engine. They dragged it to the unused siding, and didn’t even empty the tender! No one dares to suggest the thing be cut up for scrap. The owners son, seldom out of his underwear, is now selling internet advertising to on-line war game concerns from his condo in Elkins WV.

Also notice the newly painted water tower for the town of Craig. The high school industrial arts class painted it, and it received a full page article in the Craig weekly paper, “The Coal Dust Current.” The art work did, however, not interfere with the town getting revenue from the Cell Tower attached to and removing the sanctity of the arguably artistic tank painting.

I added a few pictures of overviews of the layout, some have been seen before, some new. Of note is the lighting I’ve added. One picture is of the whole room, another of the lights over the bridges. I get the string LED lights designed for car/van lighting, they run on 12 volts and have sticky backs and are available as little squares or ovals.The light is white, but can be compensated for with the colors used on the layout. One challenge these strip lights conquered is thew shadow the bridges cast on the back-drop when taking pictures of them. The lights positioned directly over the back-drop fixed that problem.

My next work will be to fill in on the right side of the mine, and then the tedious wiring starts in earnest (sigh) slow work. One part of modeling that I like is seeing what has been done at the end of the day, wiring kinda looks like it did when ya started.

Regards, and keep up the great work you do! 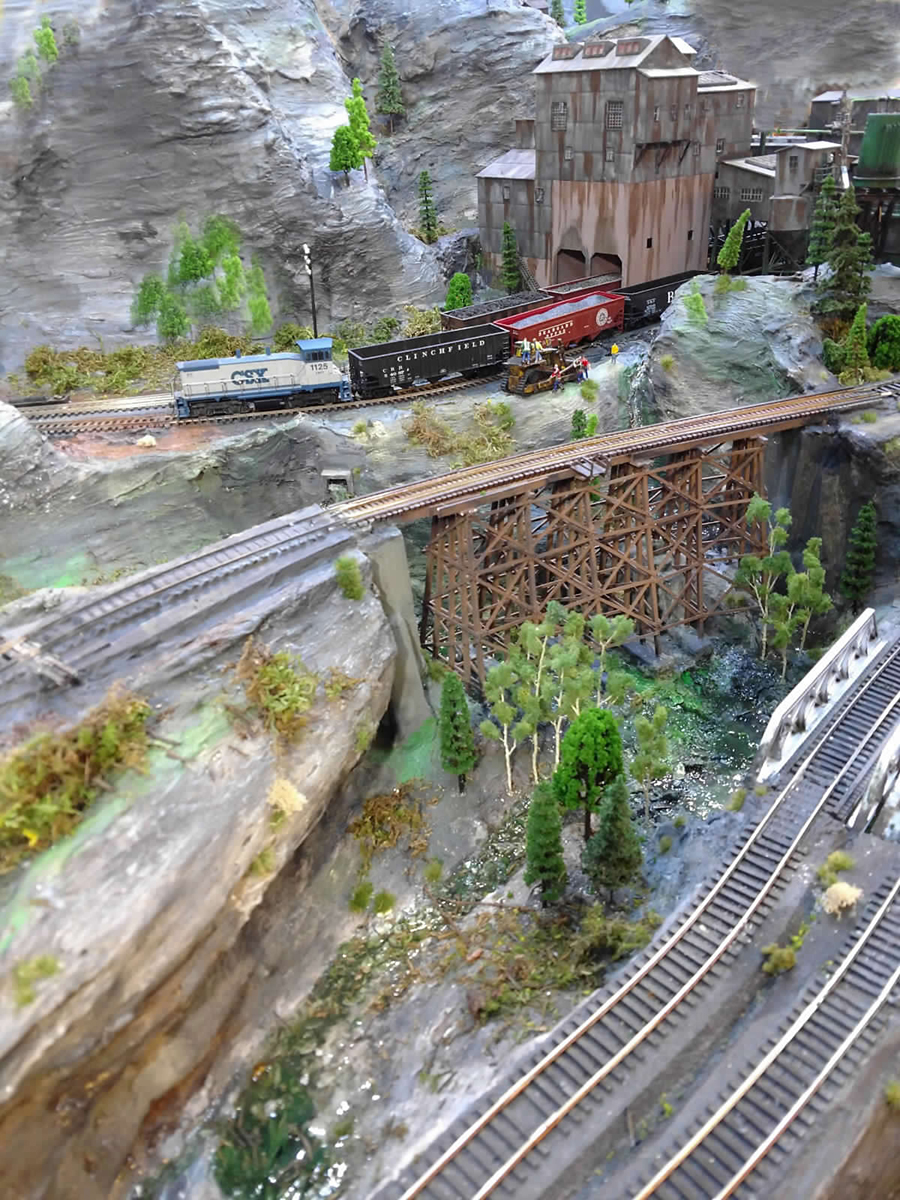 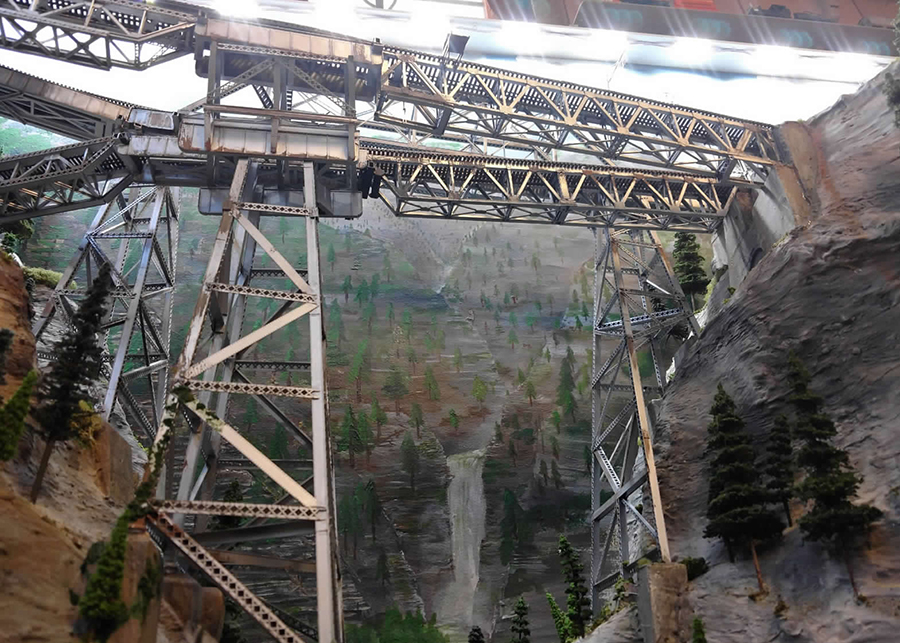 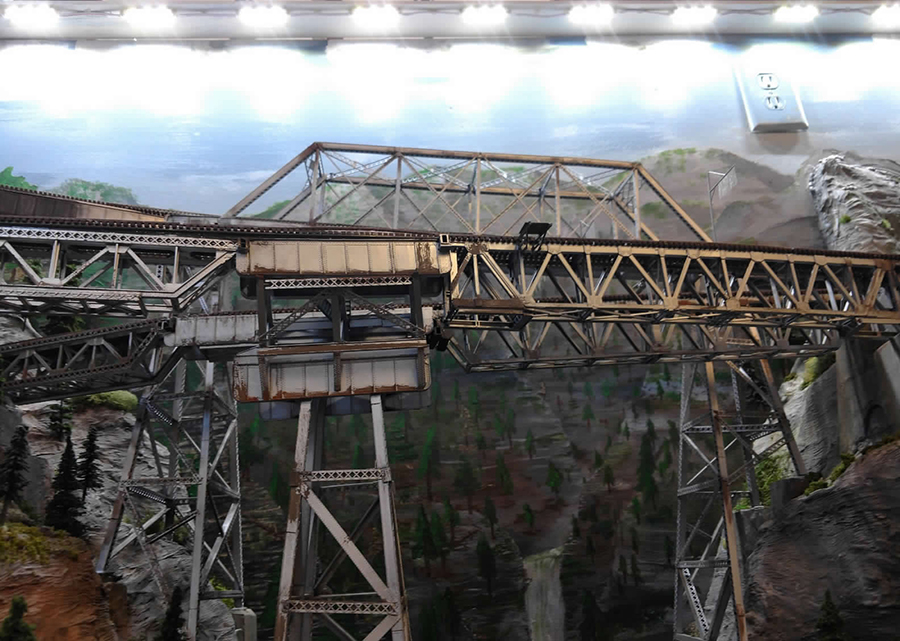 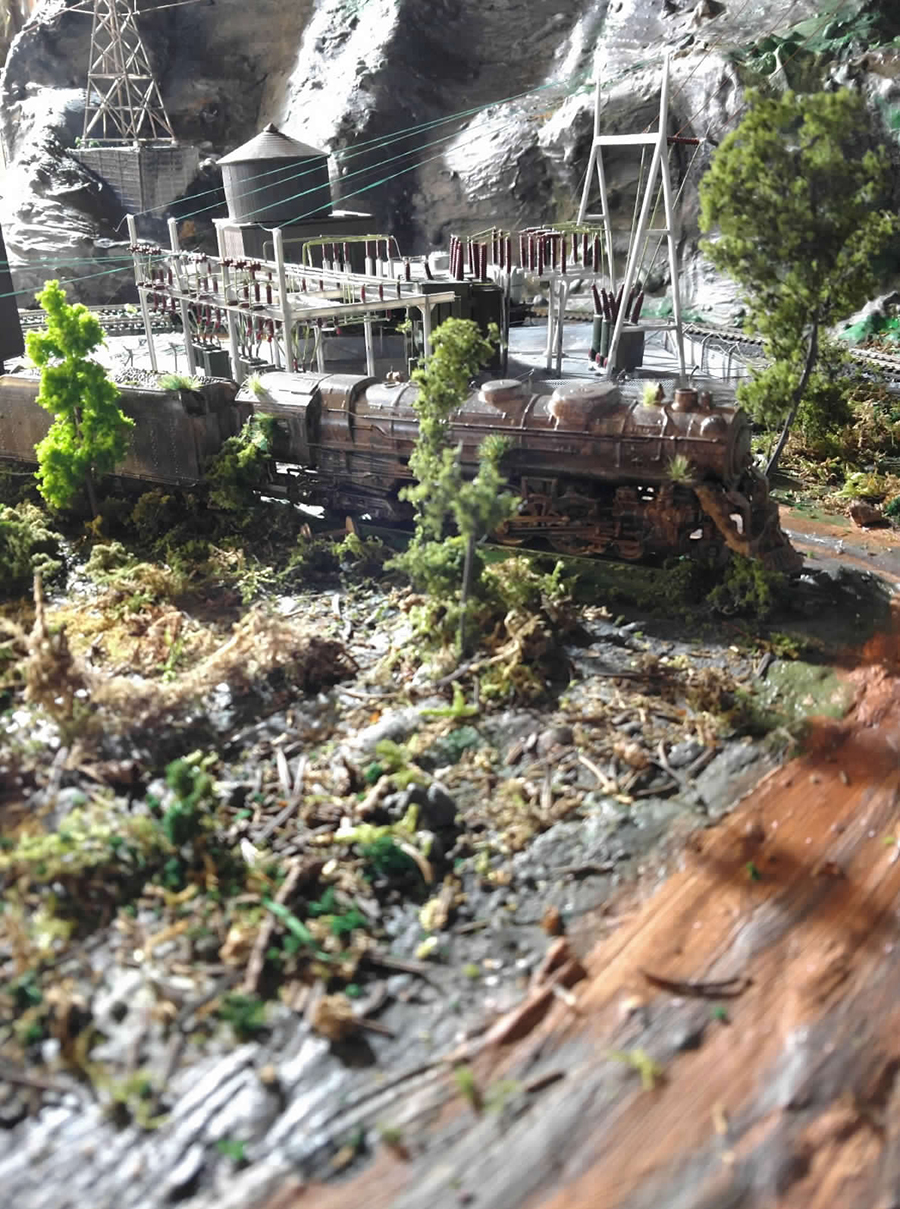 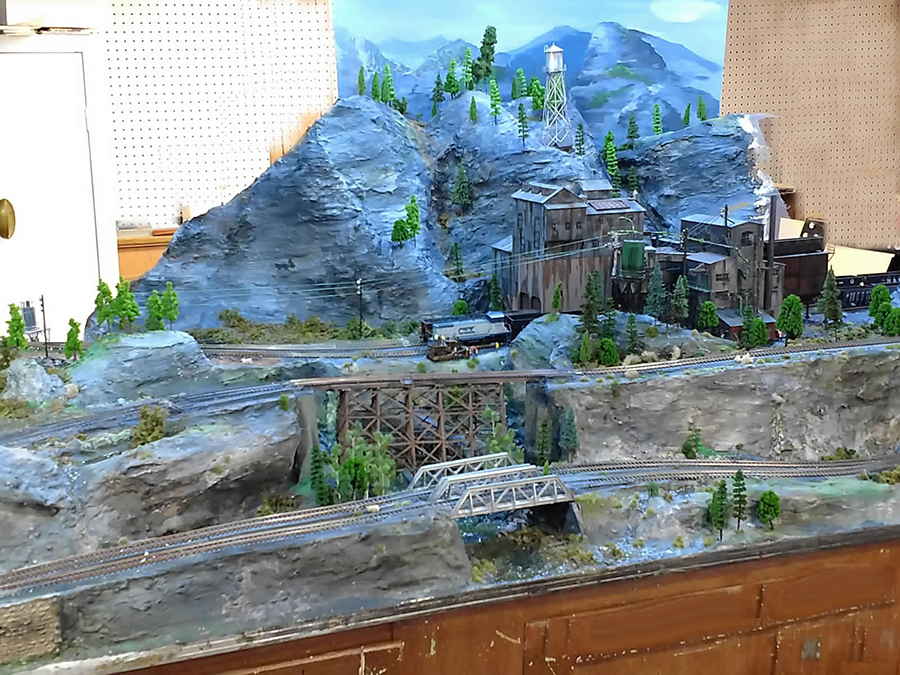 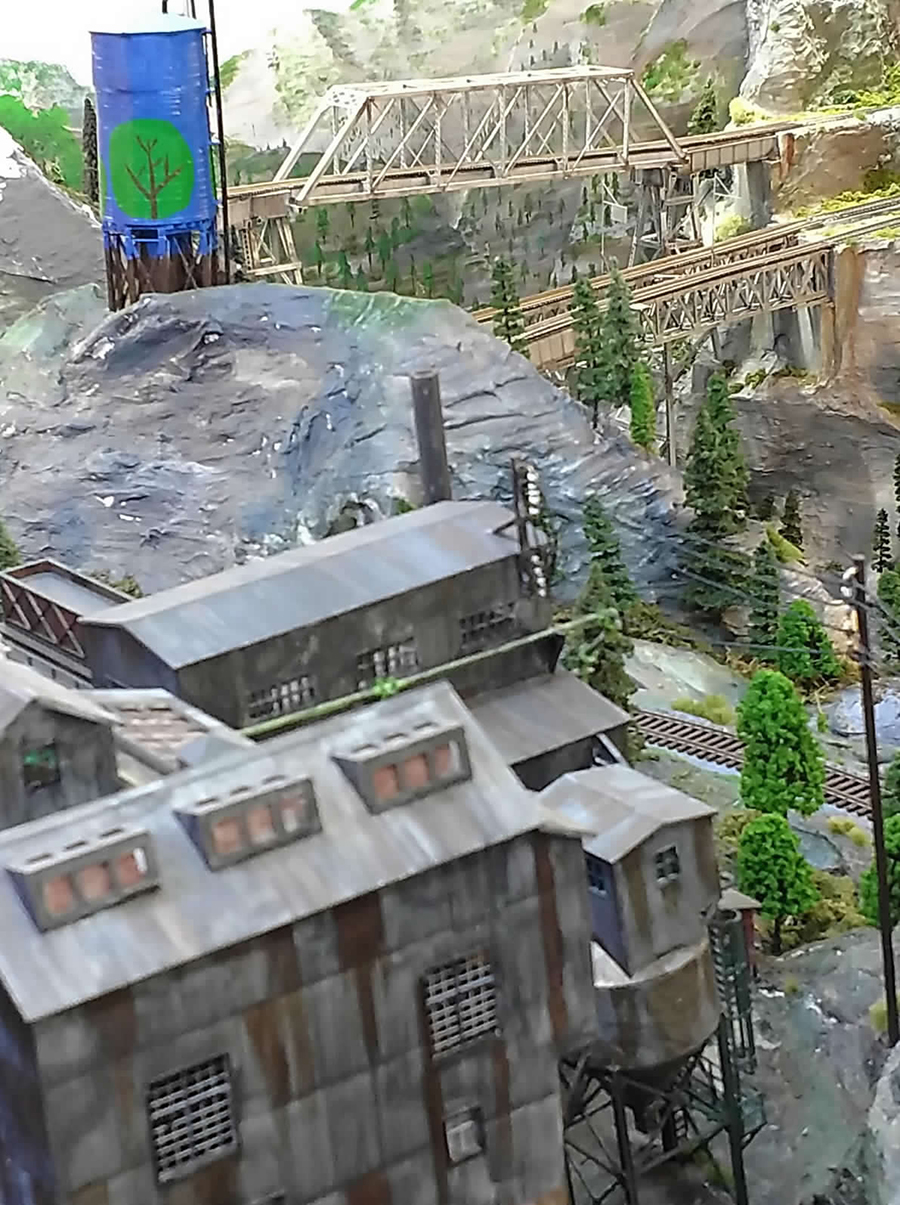 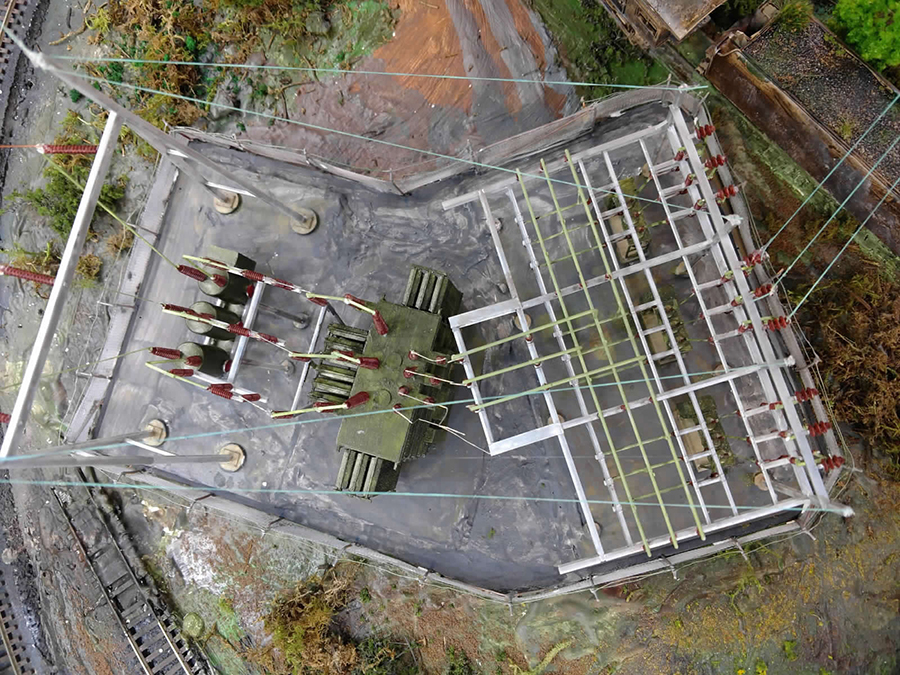 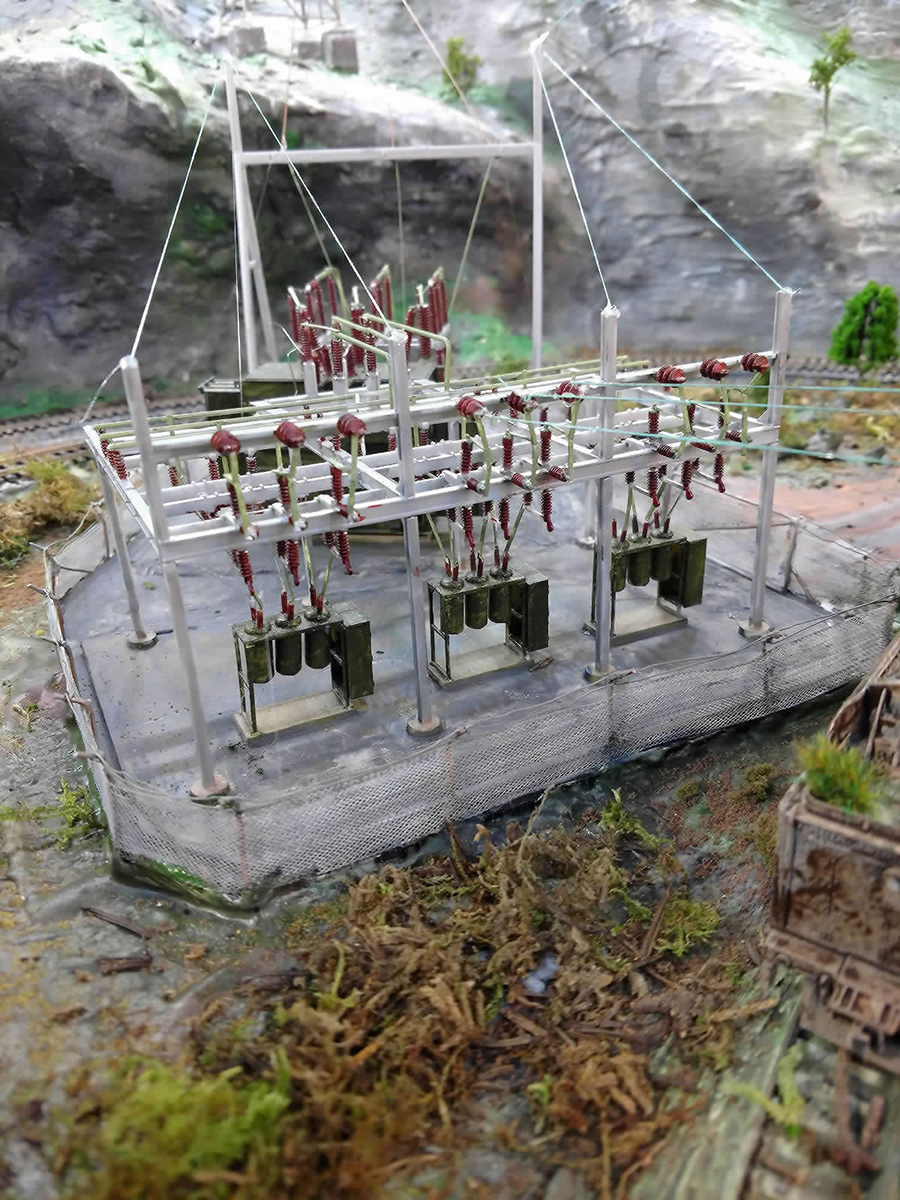 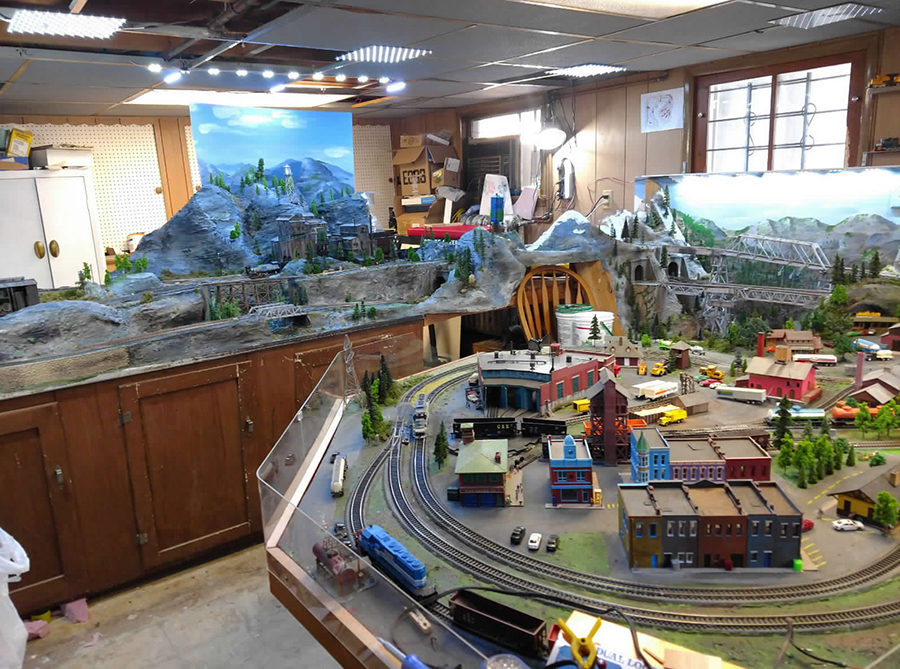 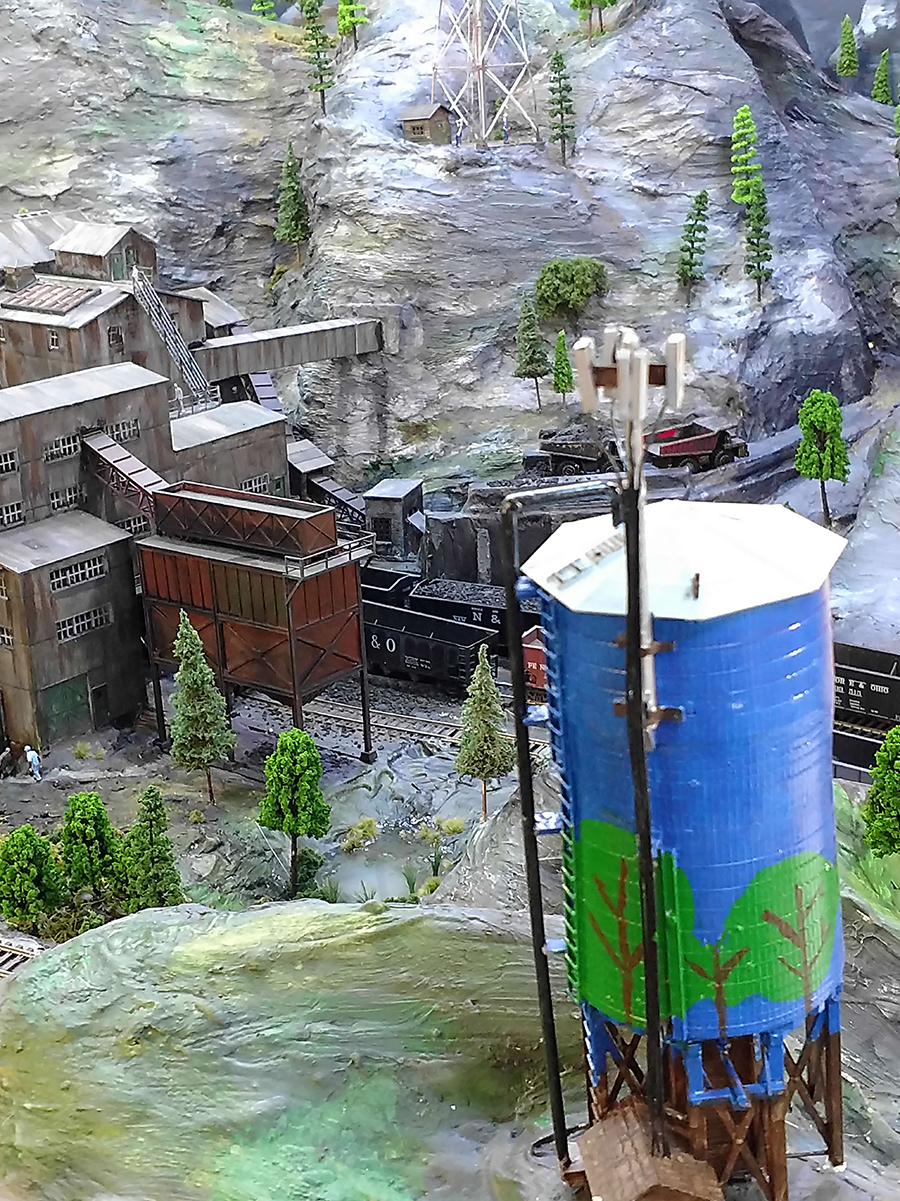 A huge thanks to John – absolutely stunning stuff.

Love the theme and the back story he’s put together, it really does help to bring a layout to life.

That’s all for today folks, please do keep ’em coming

And why not make today the day you take the plunge with the Beginner’s Guide? Why should everybody else have all the fun? It’s all about making that start…