“Al, I want to share with you a test project I just completed to insure it would work as planned.

I watch westerns on TV where the train man comes out to the track and moves the switch handle for the on coming train and then he goes back to where ever he was. I always wondering how did they know if the track was set correctly for the next train, without going out and looking at the switch. I devised a system using LED lights, a push-on push-off switch and a 12 volt automotive Relay.

A 12 volt adapter provides juice to a particular terminal (#30)of the Relay and comes out of another terminal (#87a) which in my case goes to a “green” LED light beside the turnout indicating that the turnout is in the straight position.12 volts is also going to the push button switch and when the switch is activated it sends juice to terminal (#86).

When terminal #86 receives juice , terminal #30 is no longer connected to #87a (tuning off the “green” LED light) but instead it’s now connected to terminal #87 which in my case turns on the “red” LED light..The concept is that if I see a “green” light at one turnout and a “red” at the other I need to change one of them.

I hope the pictures below will make this a little more clearer.

The first picture is the test project using a 9 volt battery. On the left top corner is the second switch cabinet. The top is upside down to show the aspirin like button that touches the push button switch, You have to assume I have thrown the Caboose throw to move the turnout to the straight position and pushed down the cabinet to turn the “green” LED light on.

The second picture shows me changing the position of the Caboose throw to change the turnout to the curved position.

The third picture I am pushing down the cabinet to change the light to “red”. I plan to have these LED . 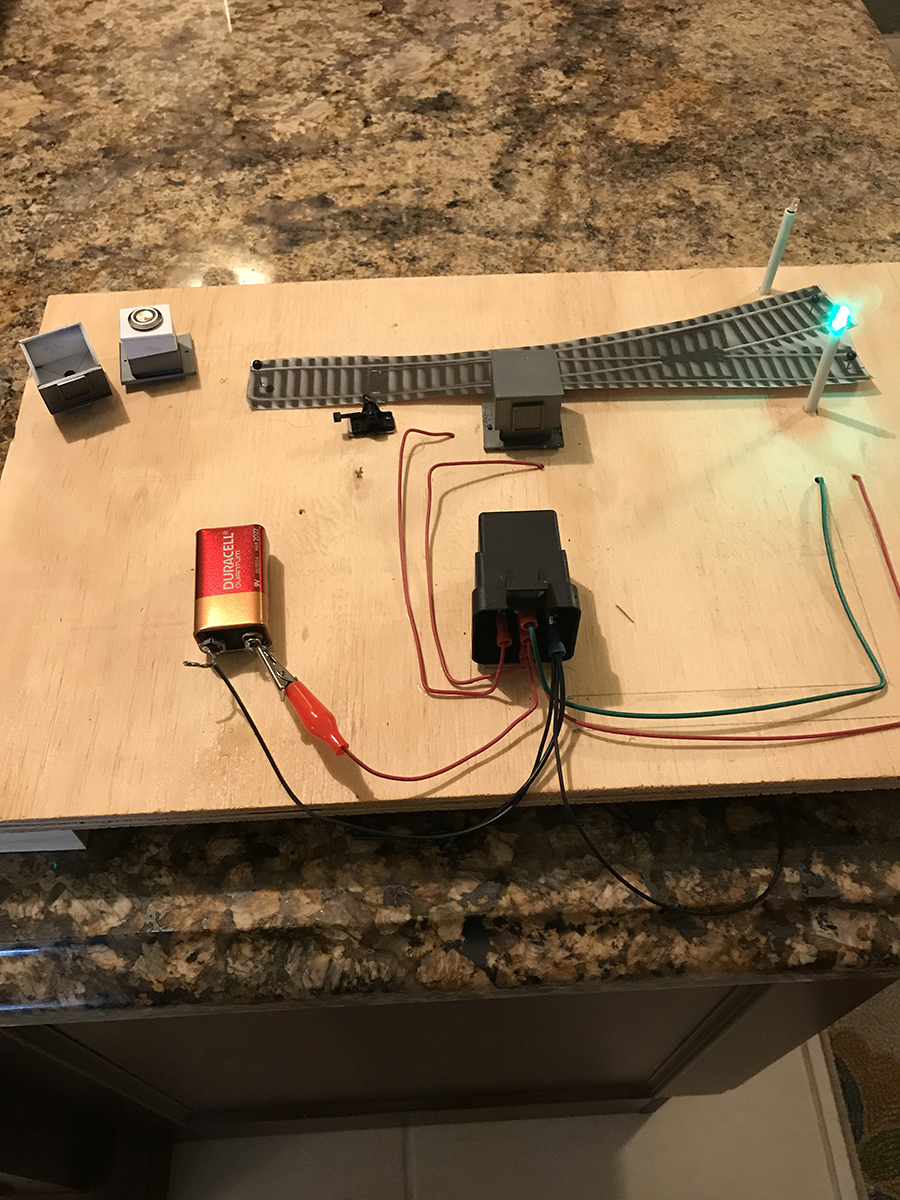 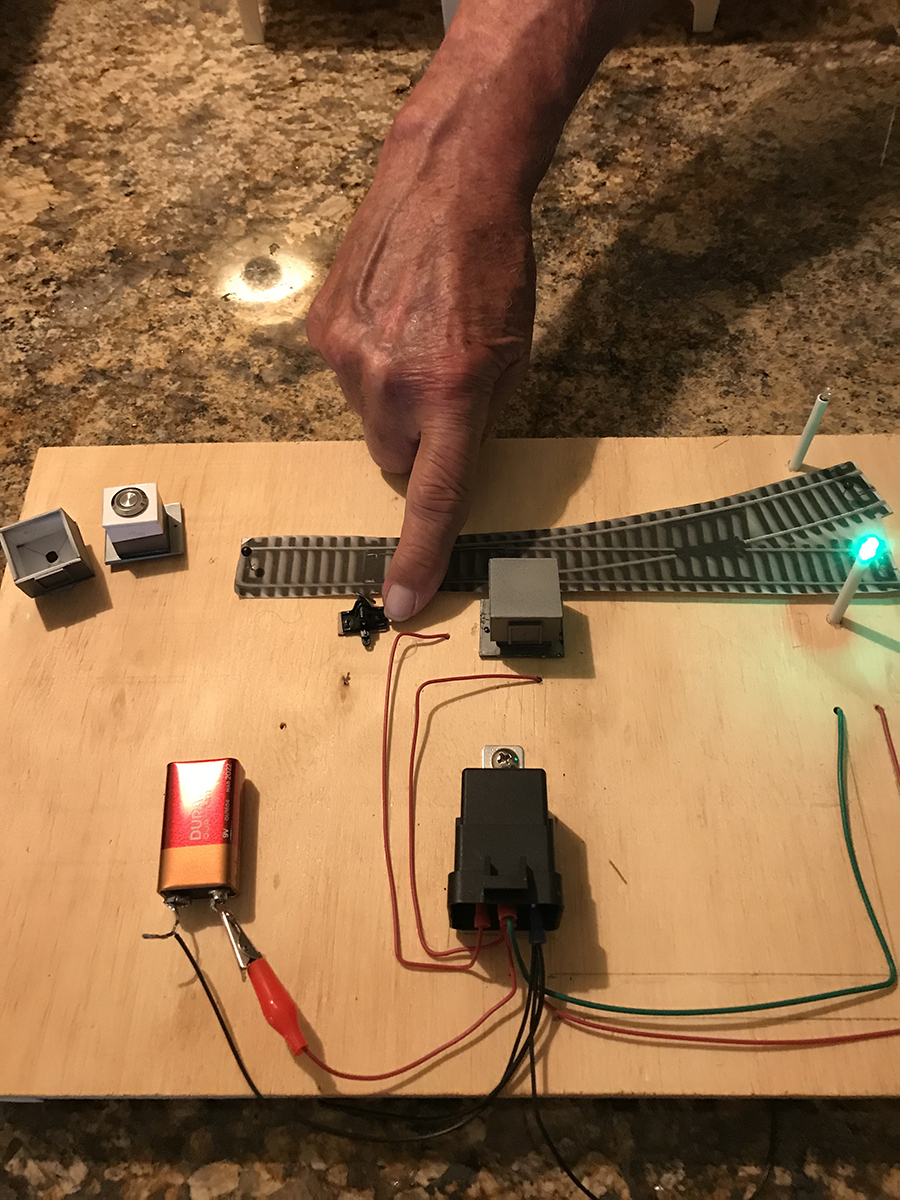 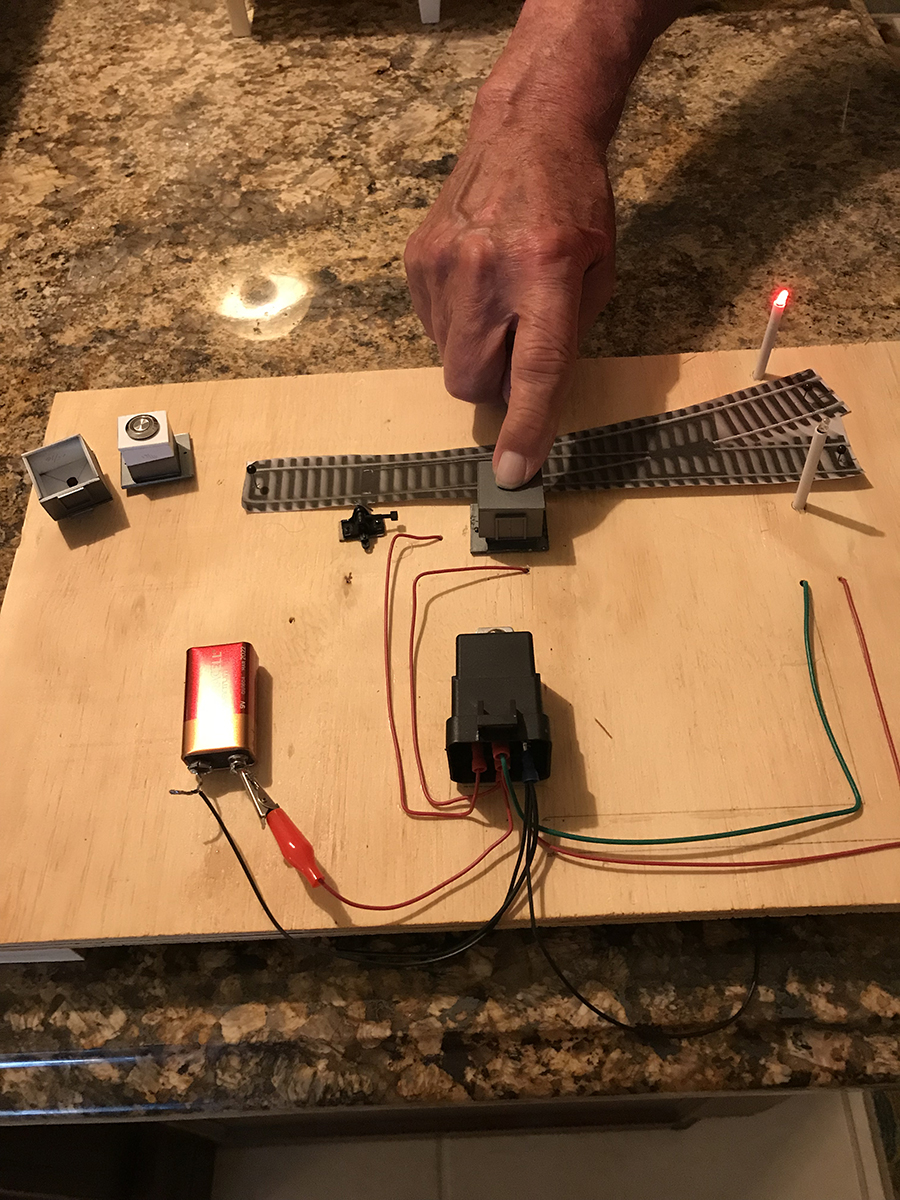 A big thanks to John – his last post is at the bottom of this one.

“Hi Al, this is a 9’2”x11’ stand alone room we were using for storage now turned into a train room.

I inherited four large boxes of HO scale trains consisting of twenty engines and numerous chars of all kinds. This has been a winter project that I will pick up again this coming winter.

We get lots of snow then so nothing else to do. I’m seventy years old now so it’s down to doing this.

The lift out section is 48 inches by 16 inches and locks in place with dowels on each side as shown. I’m almost done with preliminary track layout. Will send picks of that later. Thank you for a wonderful web site for all of us to view and get ideas. 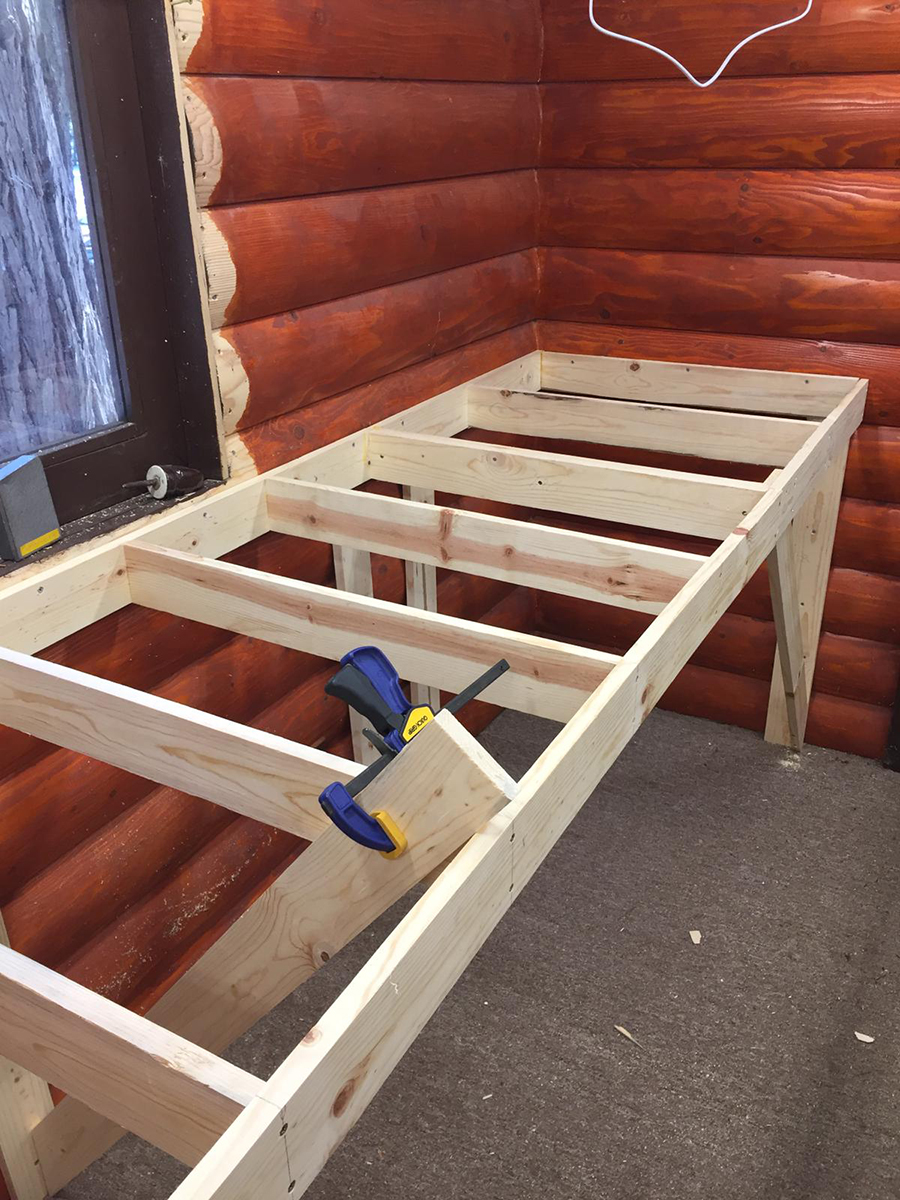 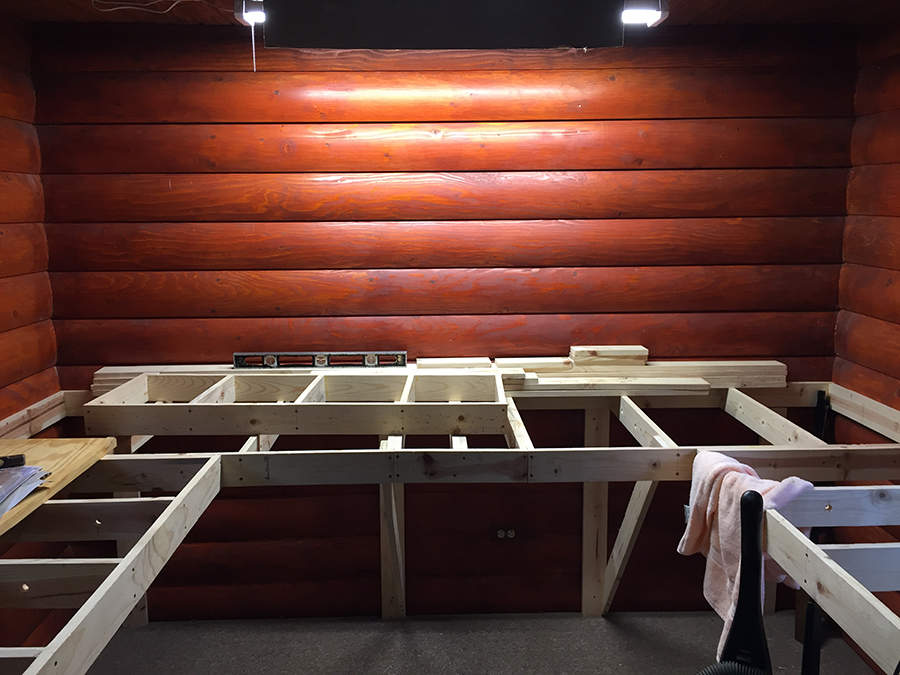 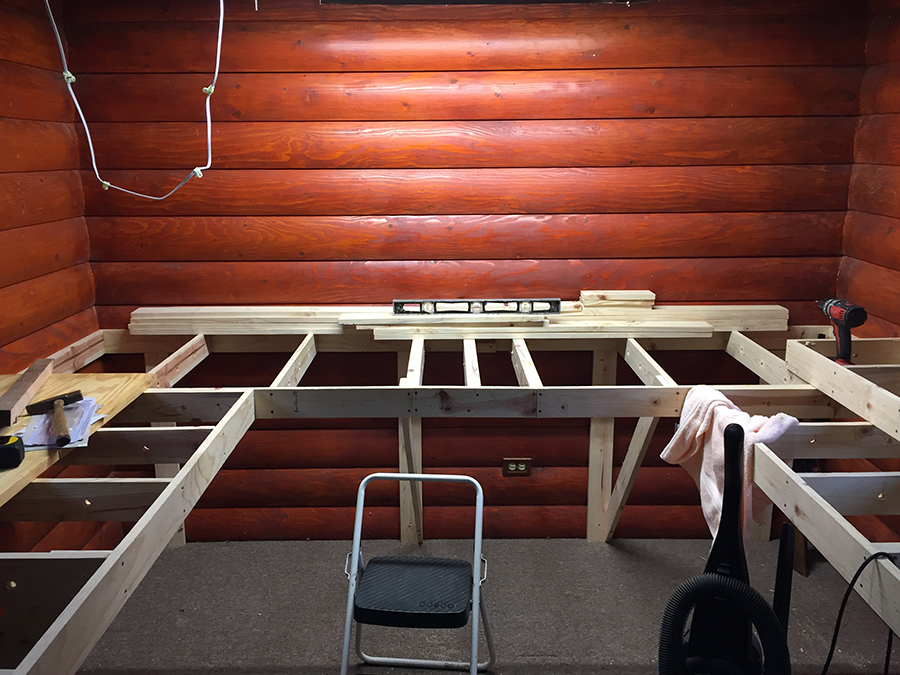 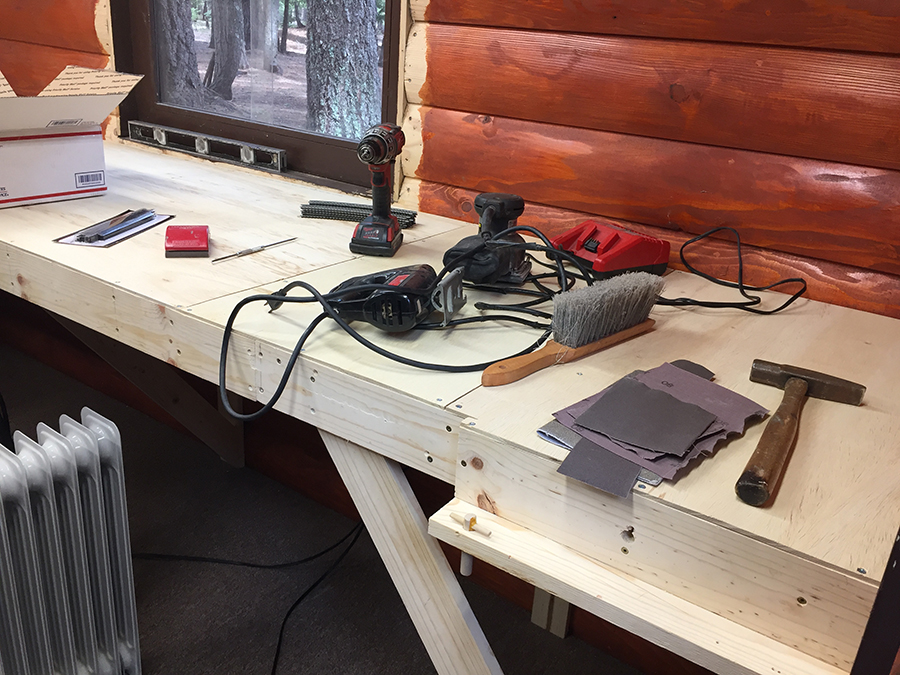 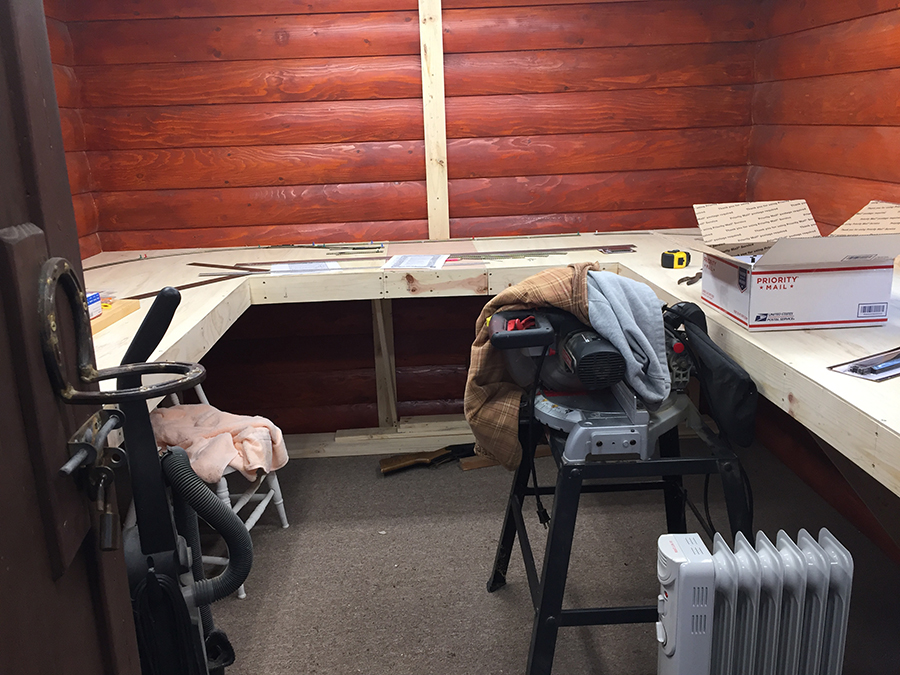 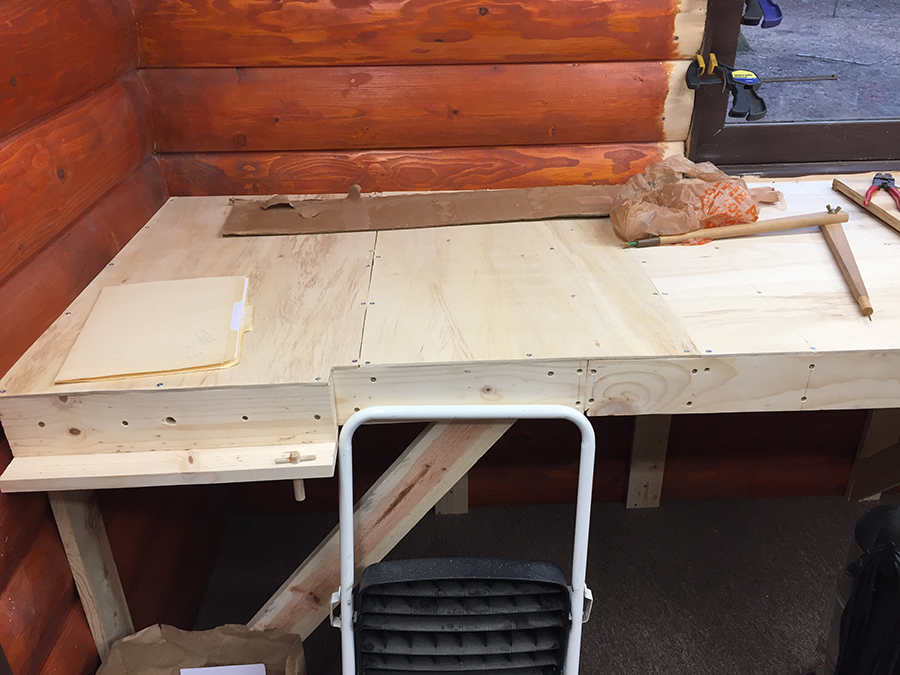 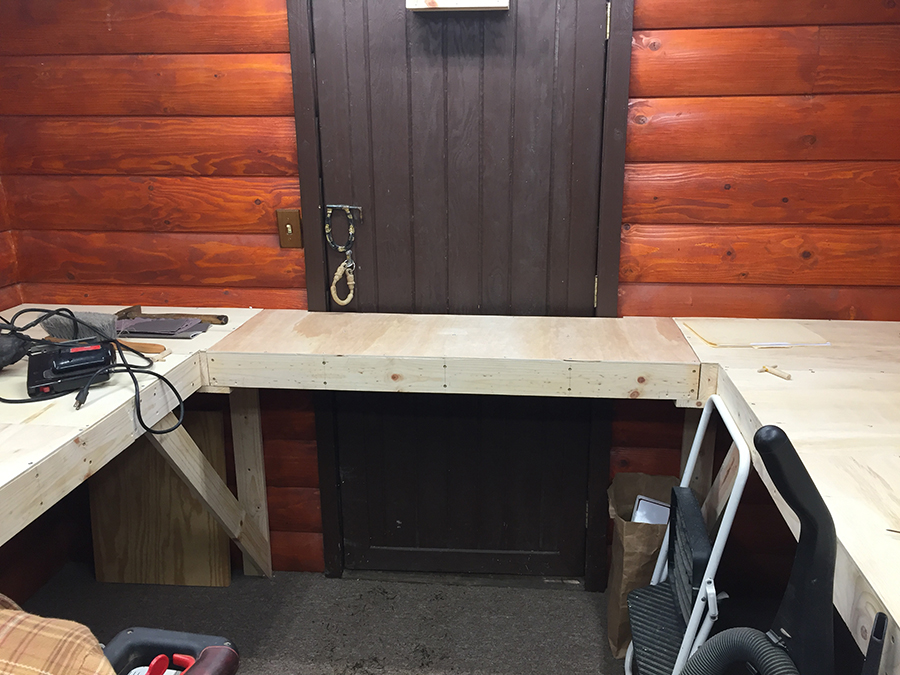 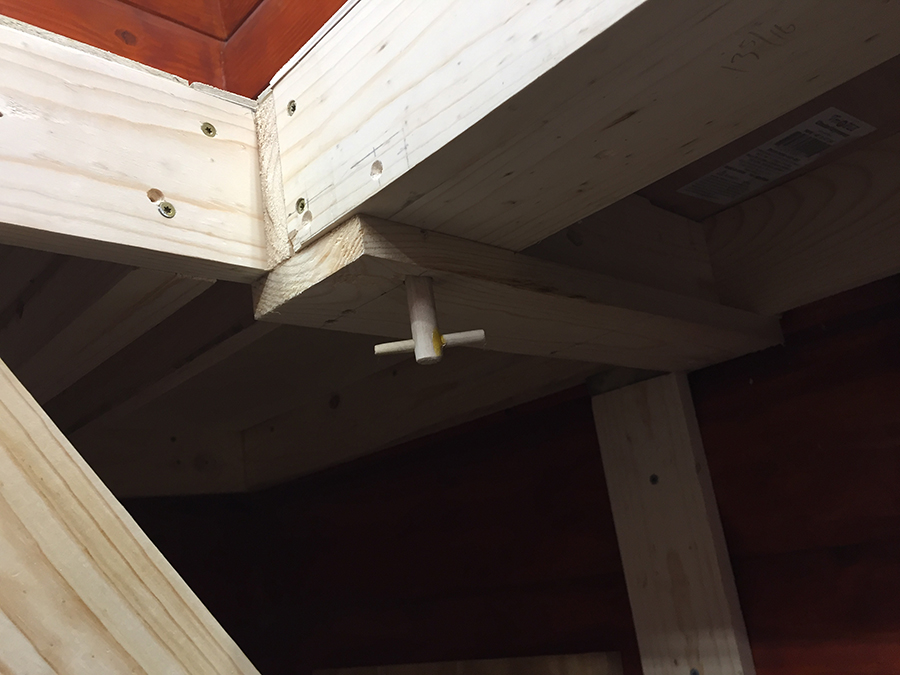 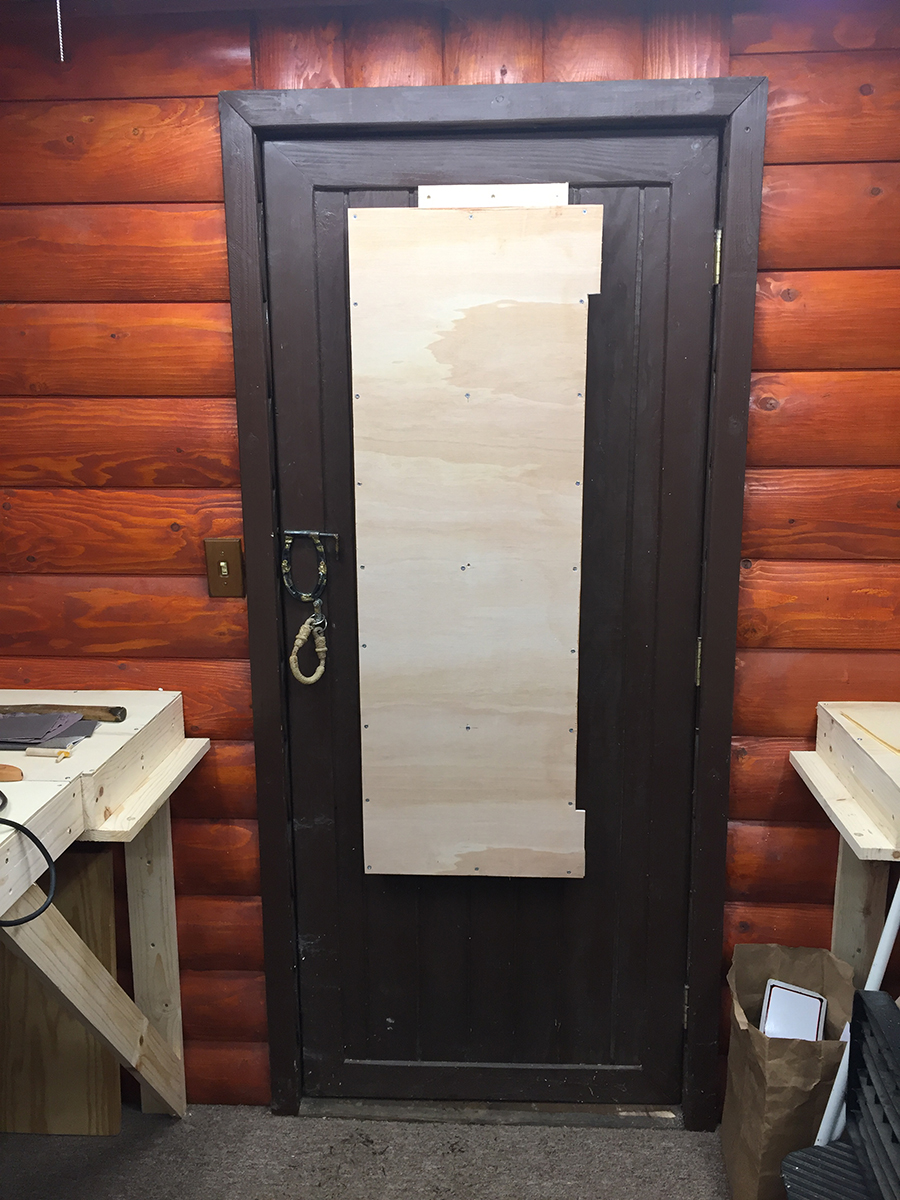 A big thanks to Gerald and John.

It’s still wonderful after all these years to see what you’re all getting up to.