Greg from Florida has been in touch – he’s been having fun with his lionel O gauge layout:

I love the pics, tips and videos. I have been watching for years.

It has been a while since I did a YouTube video of my trains. You posted my last one titled, “Dads Trains 2015 Director’s Cut”.

We did that video before we sold the house and moved to our new house.

We moved in 2016 and it took until 2020 to plan and collect the materials to start the new layout.

My wife and Daughter bought me AnyRail to plan the layout on the computer. With the ease of creating plans on the computer I must have done a dozen plans before settling on one.

Just before the lock down of 2020, I had the bench work built in pieces in my garage. I was planning on clearing my office space and installing it on Spring Break. Then I would have the rest of the year to get some trains running. Then lock down came and I built the whole thing in about 4 weeks working 8 and 10 hours a day on it.

The new video journal is in two parts. I have found watching videos that four to five minutes into a video I start skipping forward to the end. So I wanted to keep my videos at around four minutes. 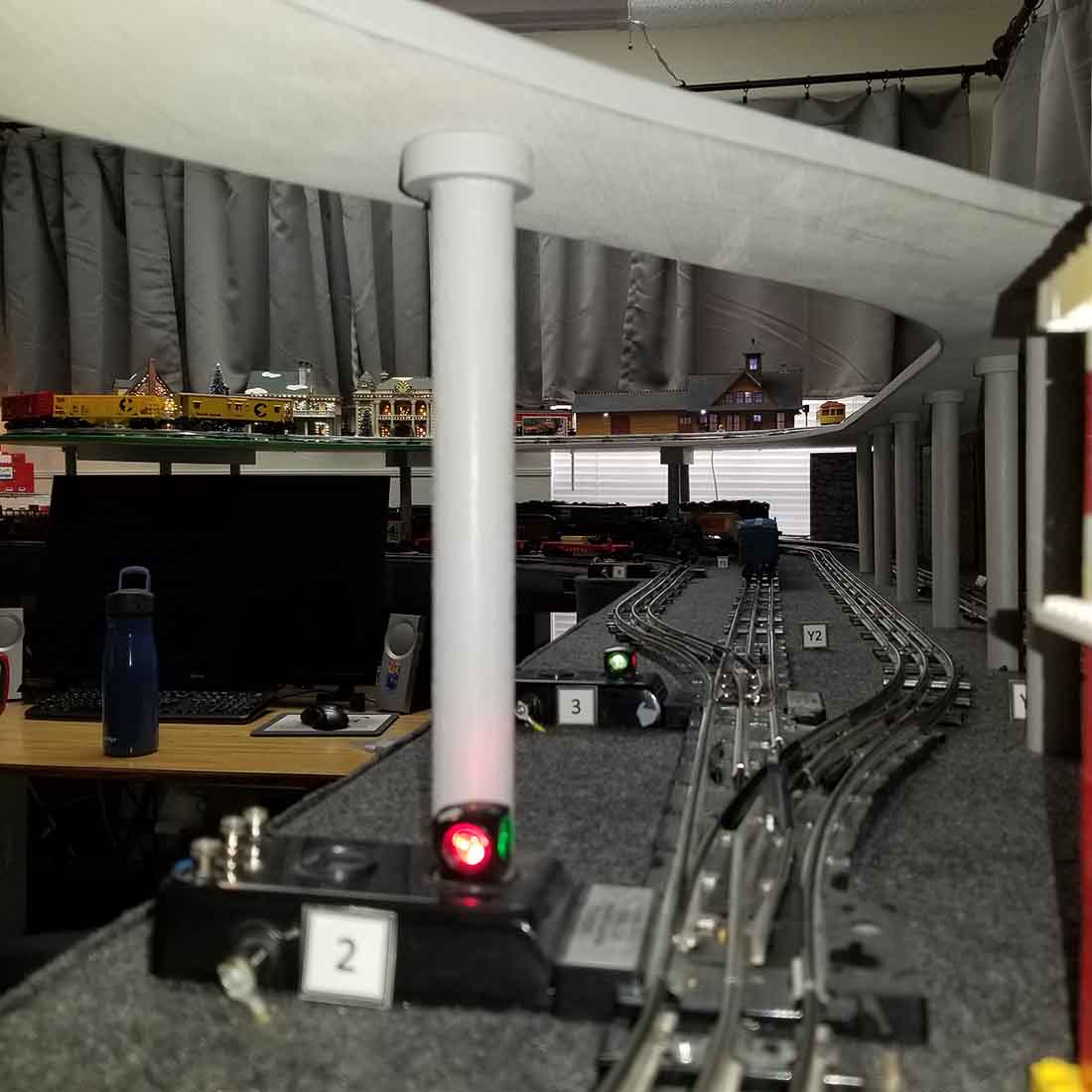 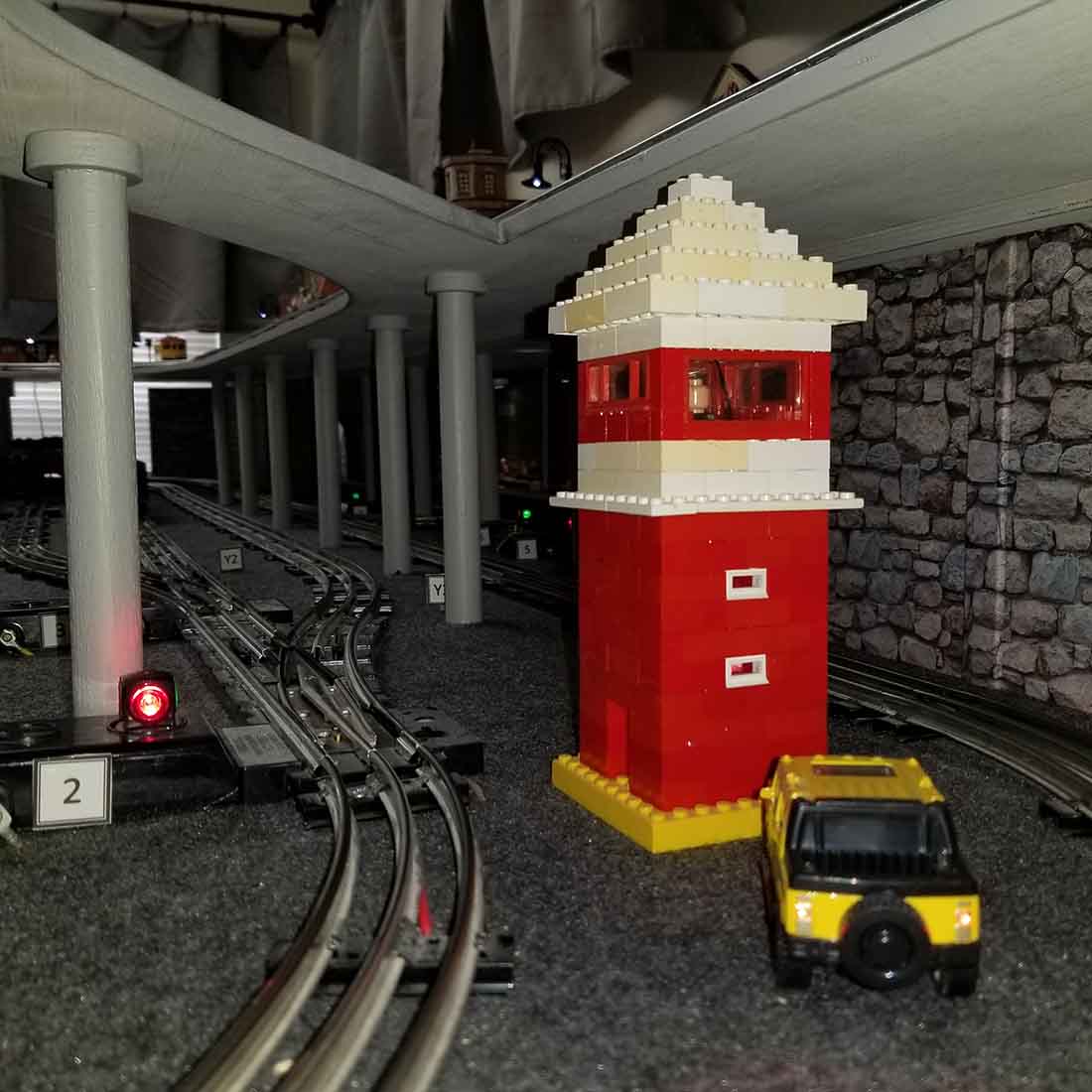 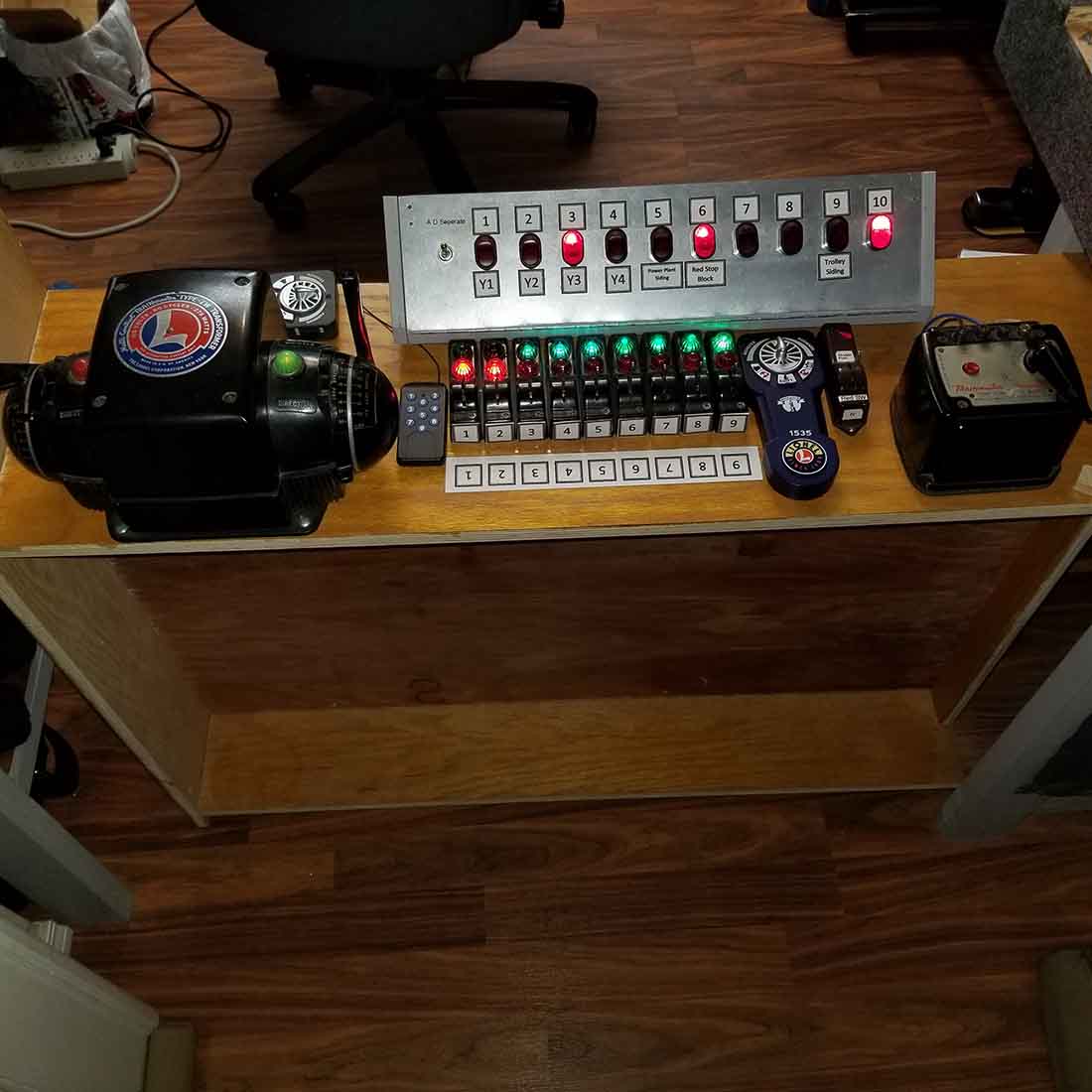 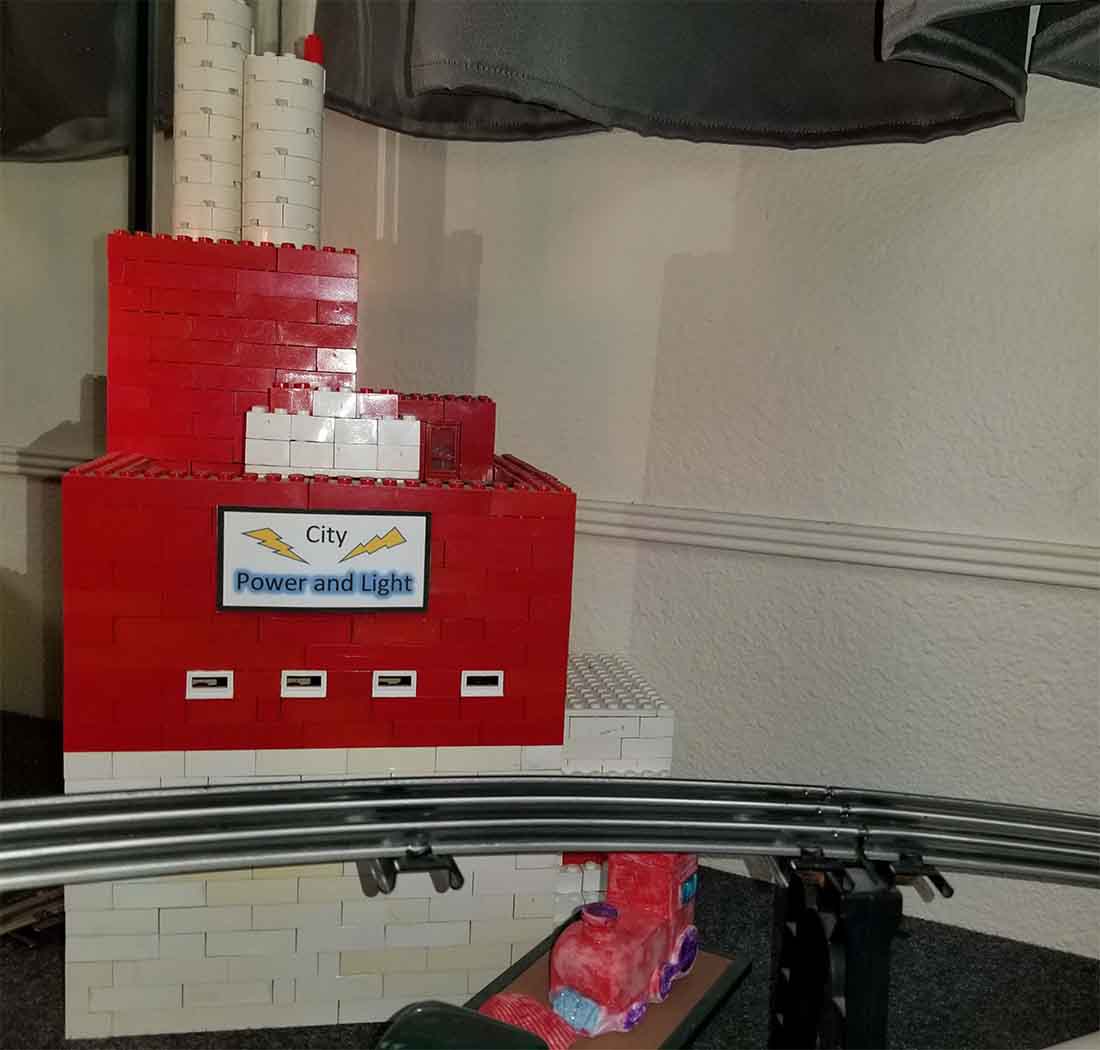 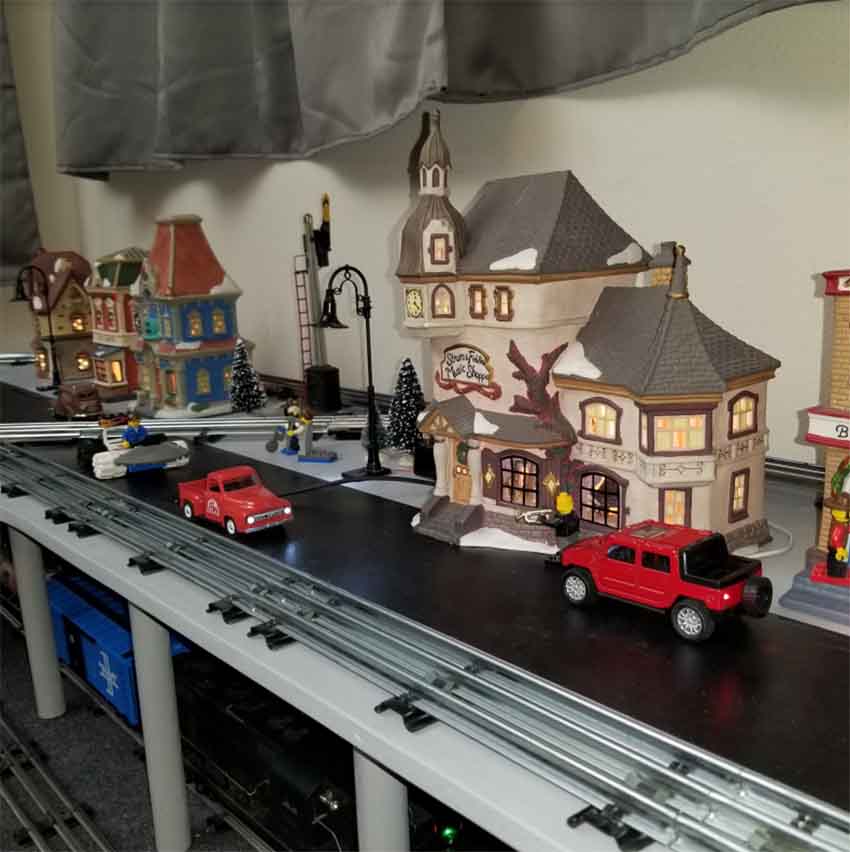 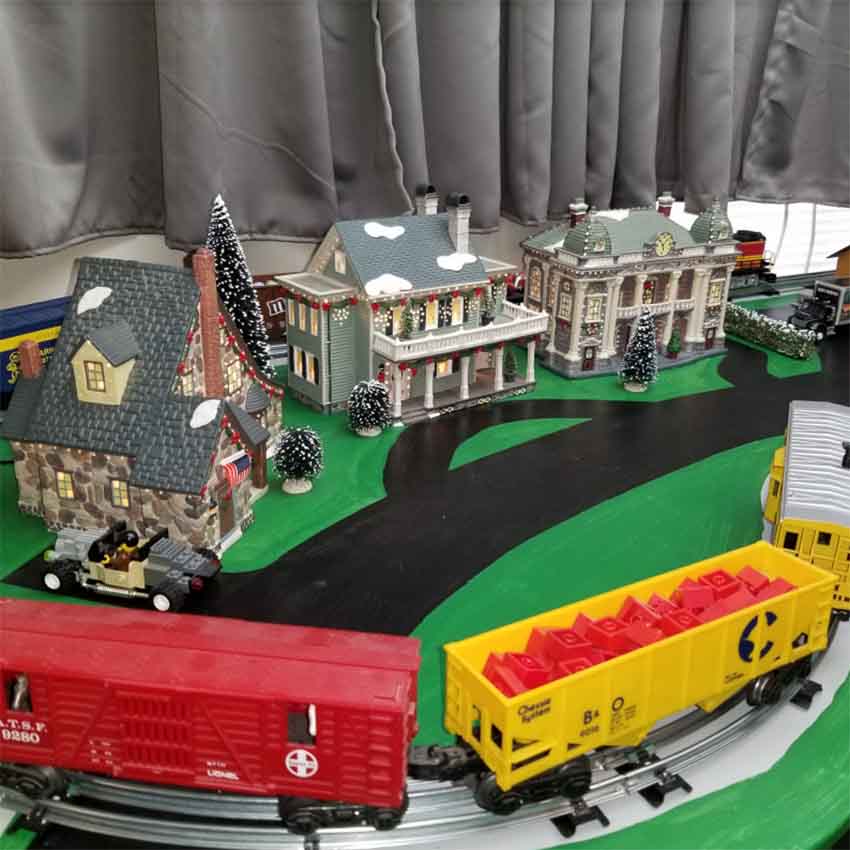 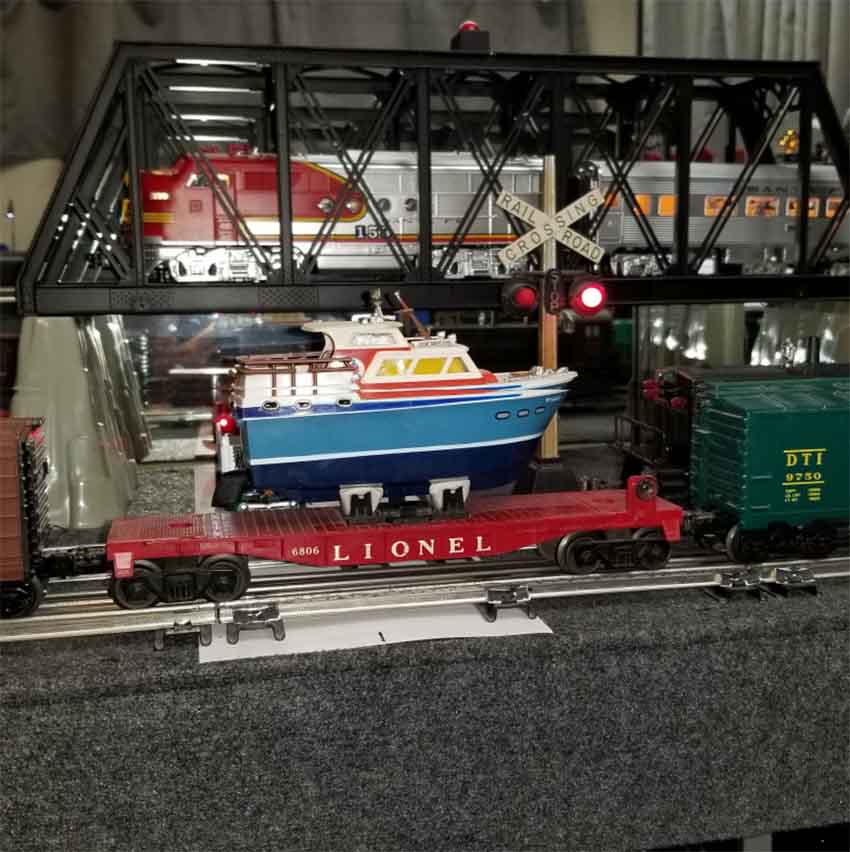 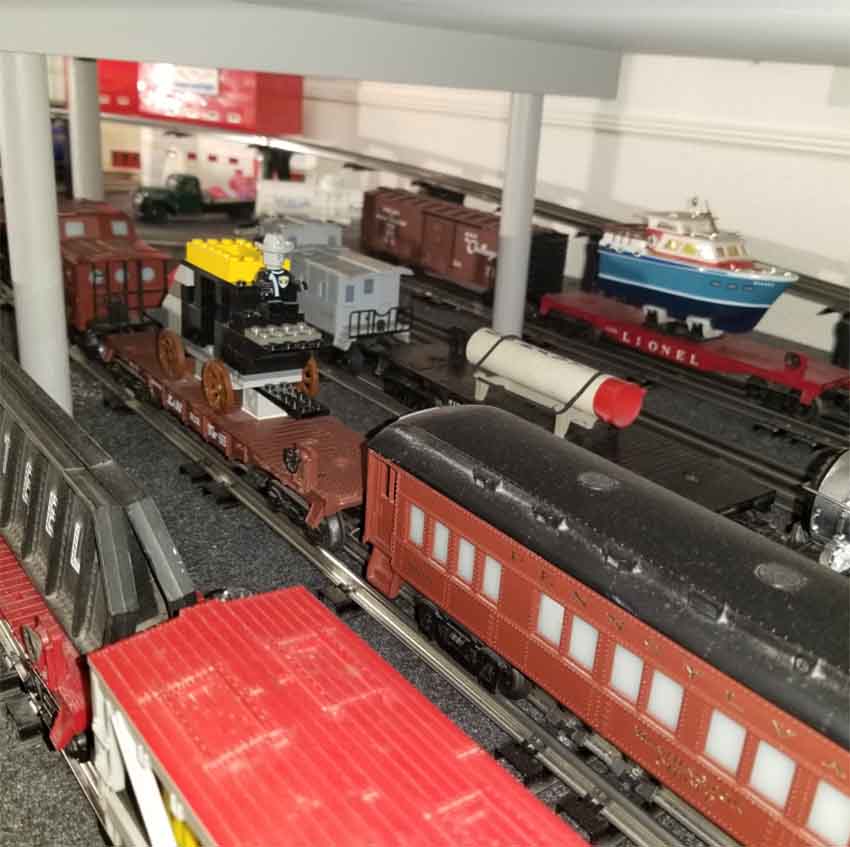 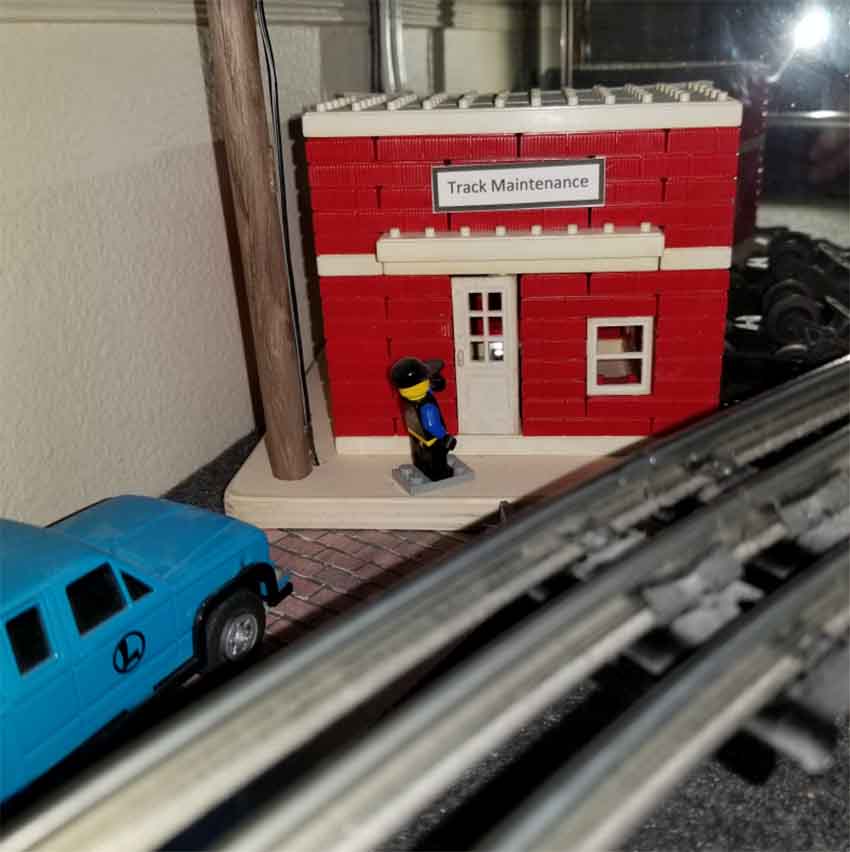 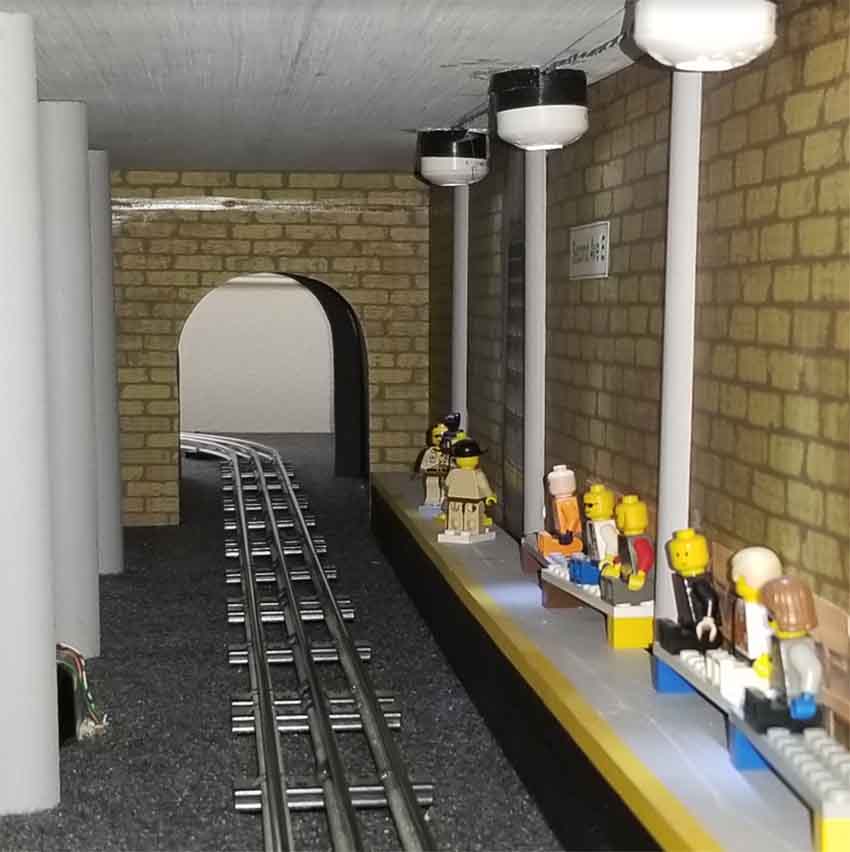 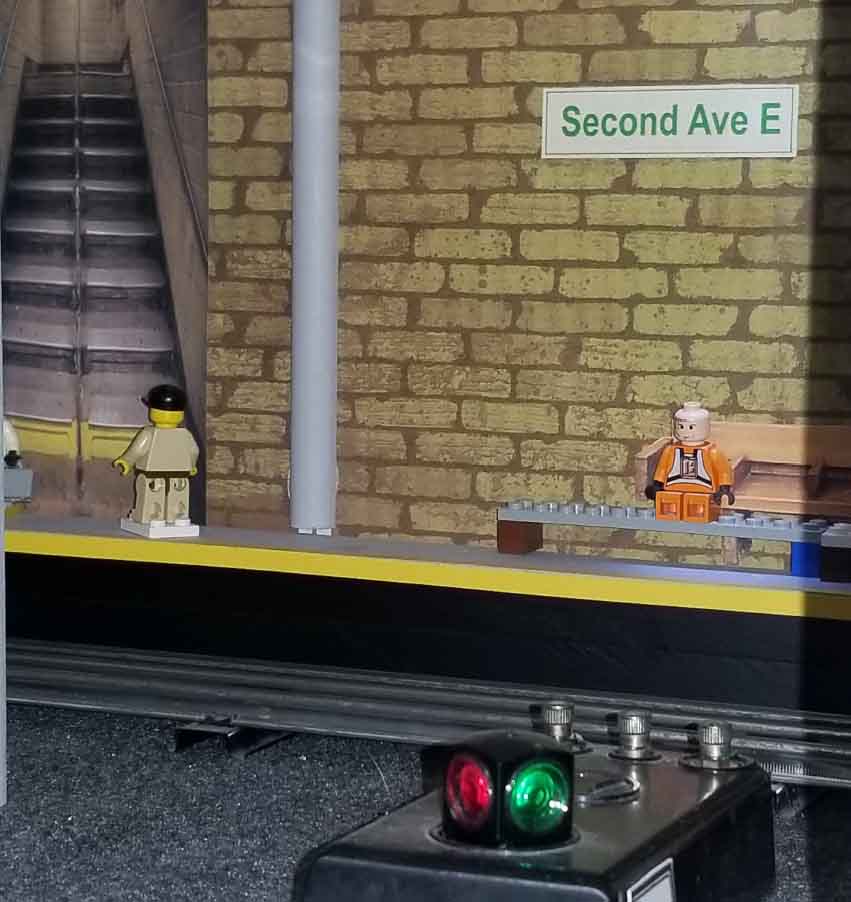 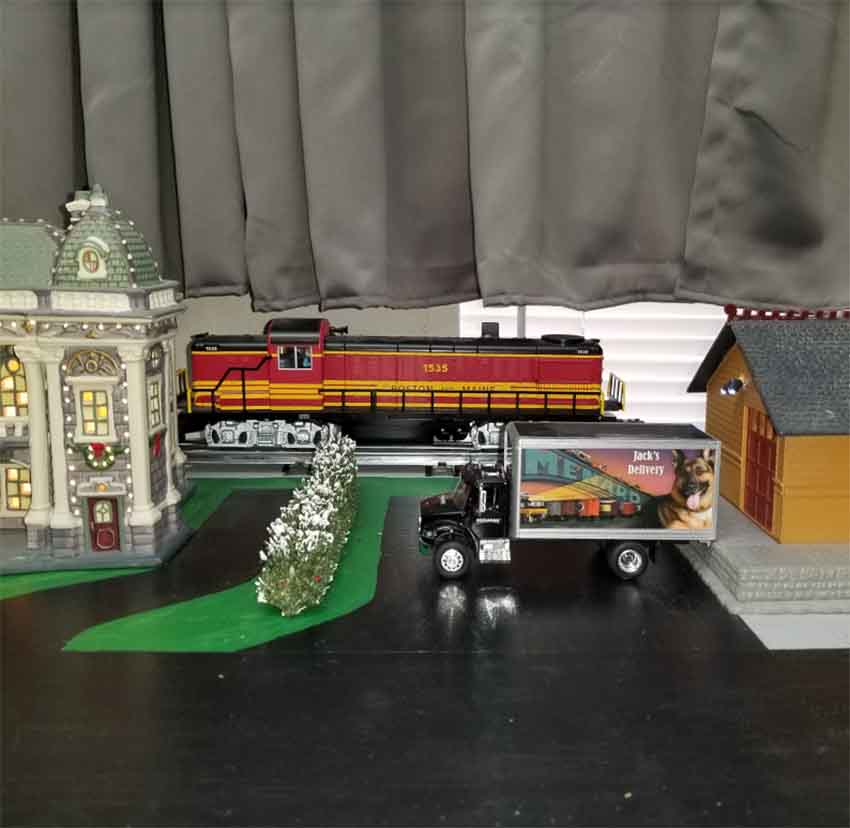 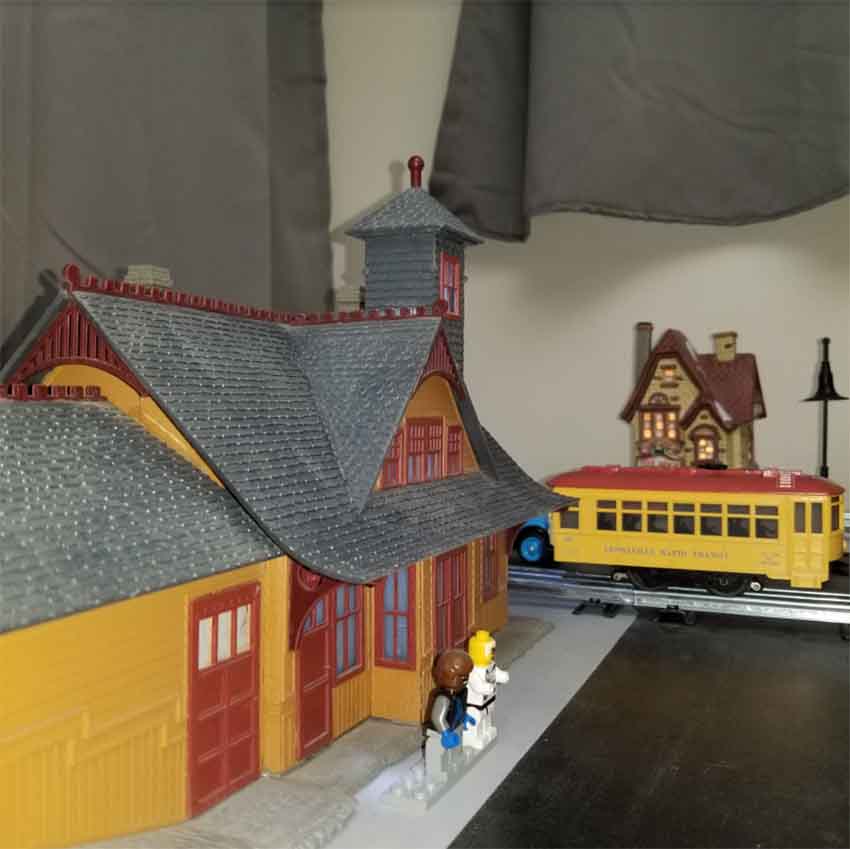 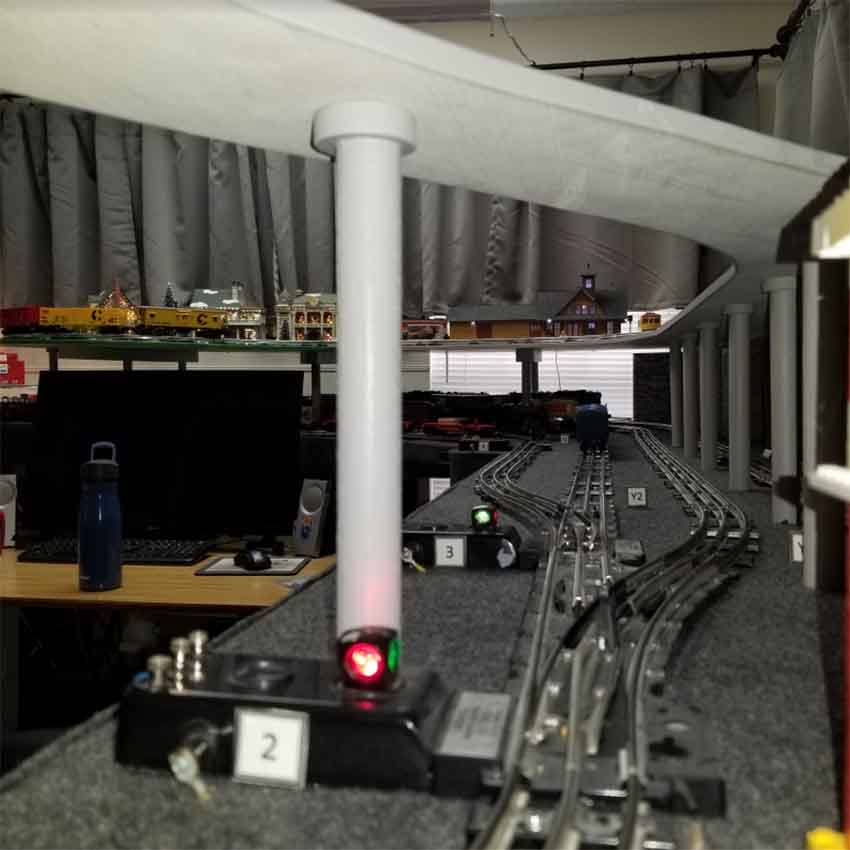 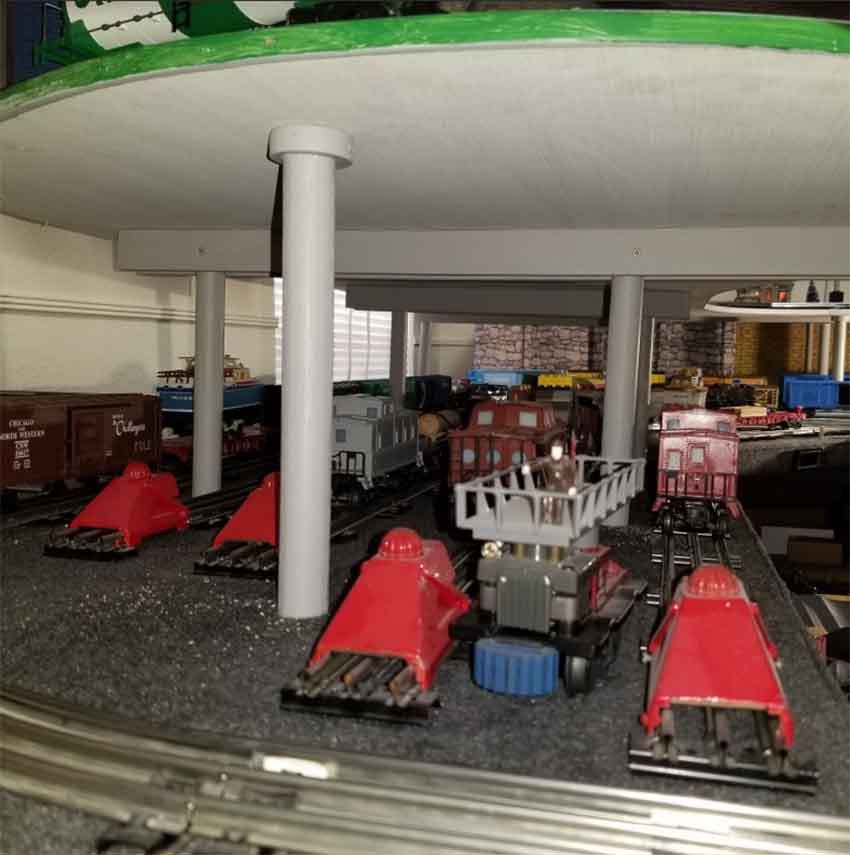 Part 1 is the build. Part 2 is trains running.

The room is my office and music room. It is 9 x 11. Most of the track is Lionel. The remodeled upper level is Menards track.

The desk is on wheels so I can lay my monitor down and push the desk under the bench work to get to the back corners of the layout.

Everything is on wheels so I can move stuff out from under the bench work when I need to use it and back.

The control center rolls in and out across the entrance to the room.

A lift out for the trains slides under the bench work for storage when not in use.

The empty train boxes are stored in Rubbermaid tubs under the bench work.

This is my second “shelf” layout so I improved several things. I created long spans with 2×4’s to make it easier to store things under the bench work.

I pre-drilled holes in the bench work out in the garage for the wiring to keep the mess down in the house. I ran the bus wire loops around the layout before I installed the top plywood.

I made all the connections from the controls to the bus wires on the back of the rolling control center so I wouldn’t have to lay on my back under the layout.

My son, Alan, and I had such great fun making these videos. I had fun building the layout. My daughter had fun making the brick and rock face for the subway and tunnels. My nine year old granddaughter enjoys adding lego people and running the trains with me.

And isn’t that what this hobby is about?

This video is just having some fun watching the trains with some great music and some fun editing. It was filmed with a cheap version of a gopro knock off.

The video and music editing was done with a free version of Microsoft Movie Maker.

The POV clips were done by mounting a small flashlight to a flat car with some small blocks of wood to mount the camera on top of the flashlight. Then we pushed the flat car in front of the engine.

You will see it worked great except for one time. We left that fail in the video because we laughed so hard when it happened. Ah, the magic of movie making.

I hope my Lionel O gauge gives folks who think they don’t have room for 3 rail trains some good ideas.

I would be honored if you find them post worthy.

A big thanks to Greg for sharing his Lionel O Gauge – we’ve had a run of Lionel trains recently.

And please don’t forget the Beginner’s Guide is here if you want to get going on your own model railroad adventure.