Mike starts on his railroad layout

“Hi Al…Long time since last yearly layout which was built for the Seattle Sci.Ctr. show…Now I have started on two NMRA modules to be ready for the “HOSTLERS” model train show here in Ogden, Utah in March…

Two 2′ X 8′ units modeling inter-modal service at the warf and in yard…Everything will be built as “Out of the box” showing a simplistic model that can be built easily…I will update later…Good luck to all the “Builders” out there…AND….Get involved in a club…Lots to learn there and fun too… 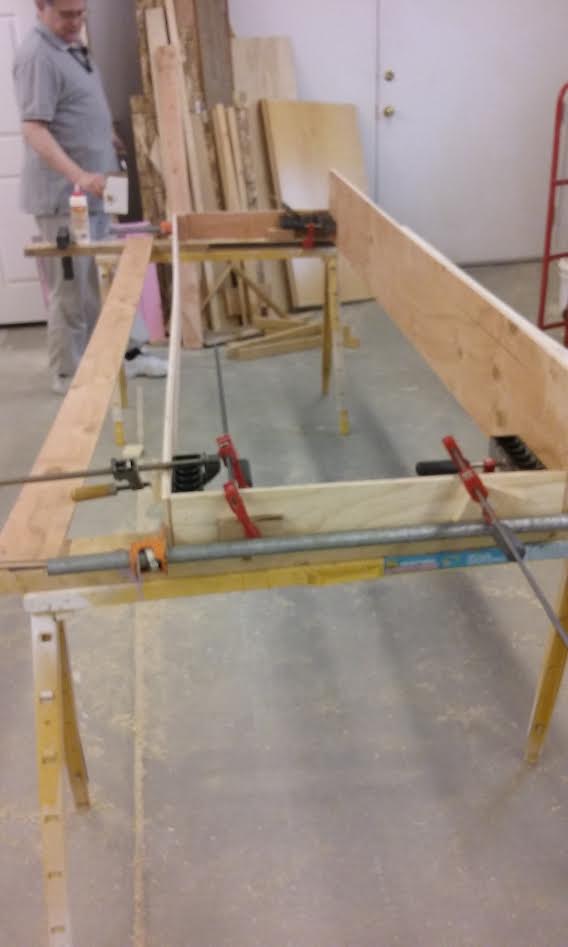 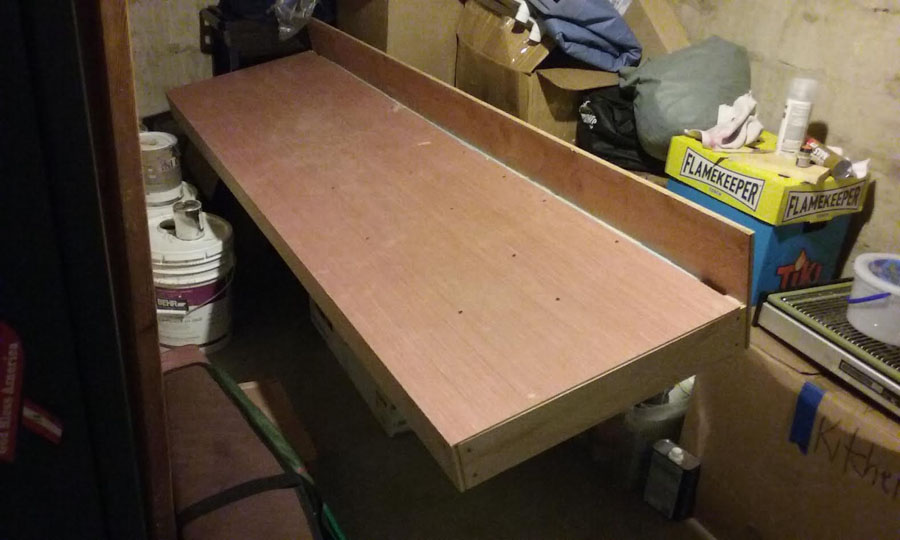 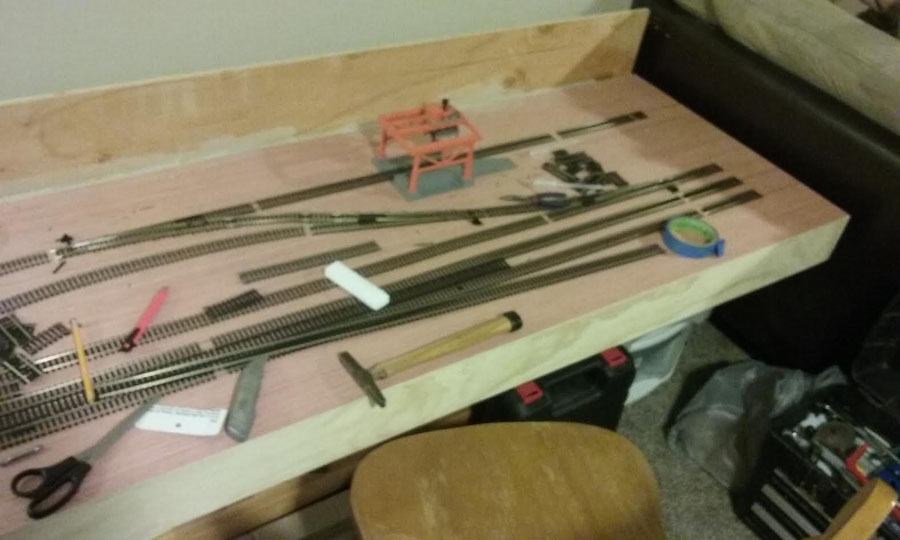 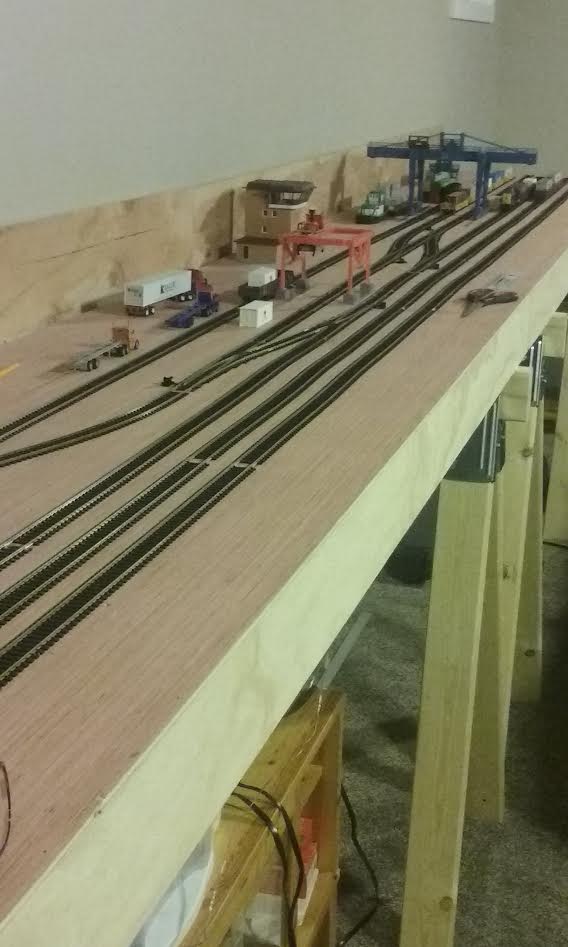 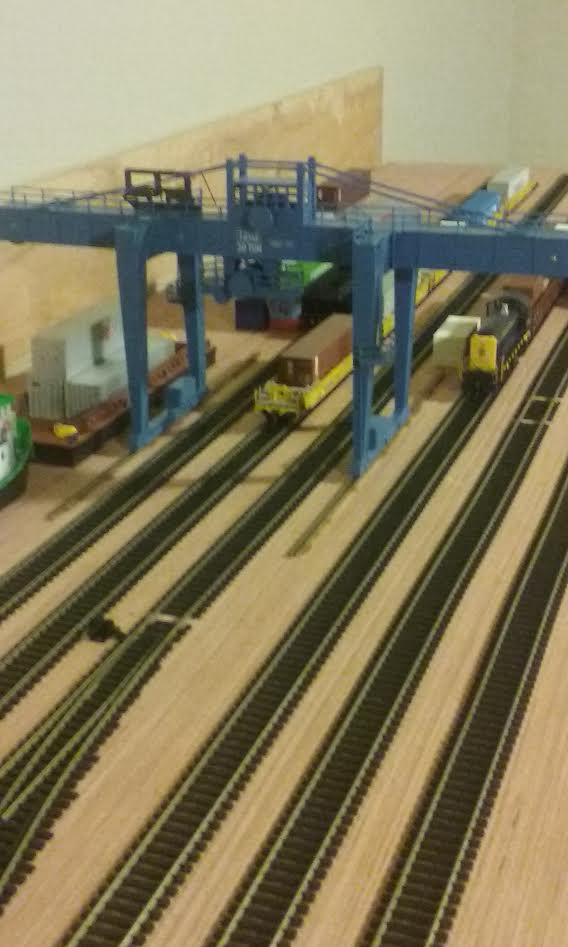 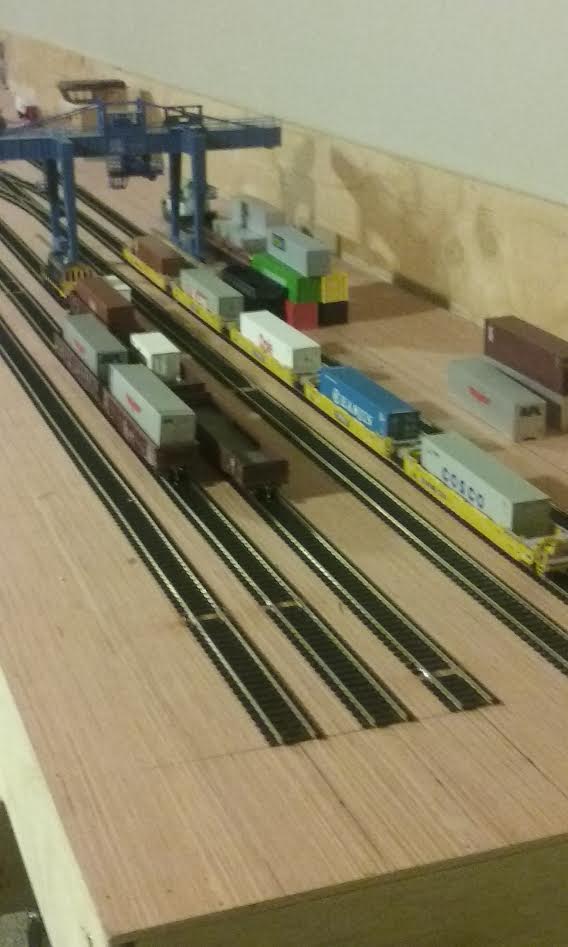 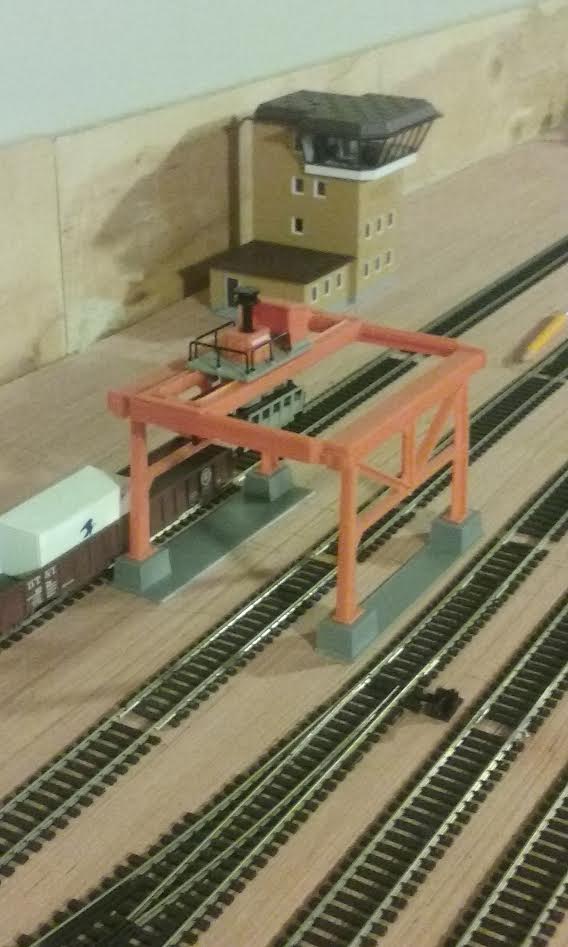 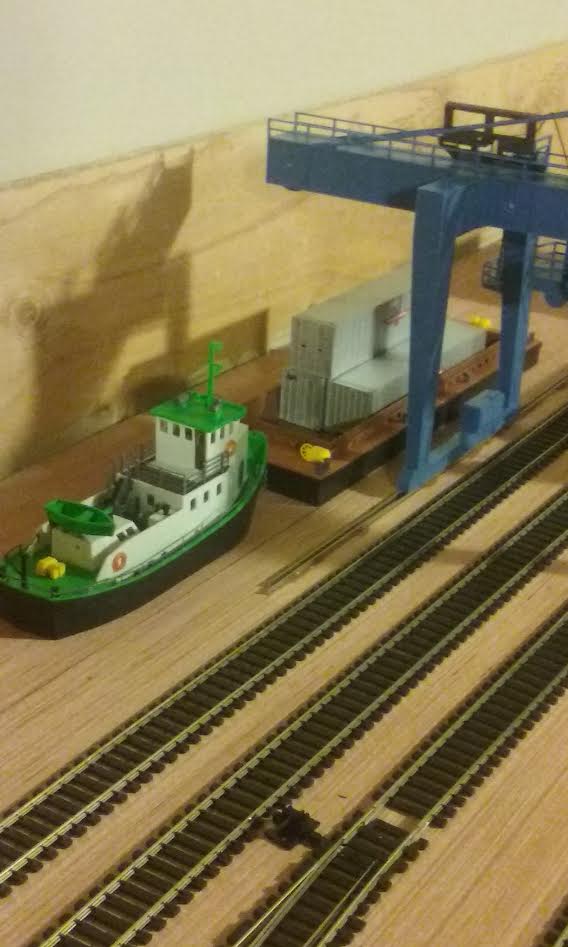 “I have enclosed a couple of pictures of my end to end layout, based loosely on Penzance in Cornwall. My “fiddle yard” is unique, I think?

The back scene is hand painted, inspired by railway poster art. The trains run into the cassettes, which are 6ft long, the train in its cassette is then lifted up onto the wall brackets, so the cassettes are designed to stack on top of each other. I have made some shorter cassettes to hold local trains, as can be seen in the photo. I have a lifting section so I can get in and out of the room! 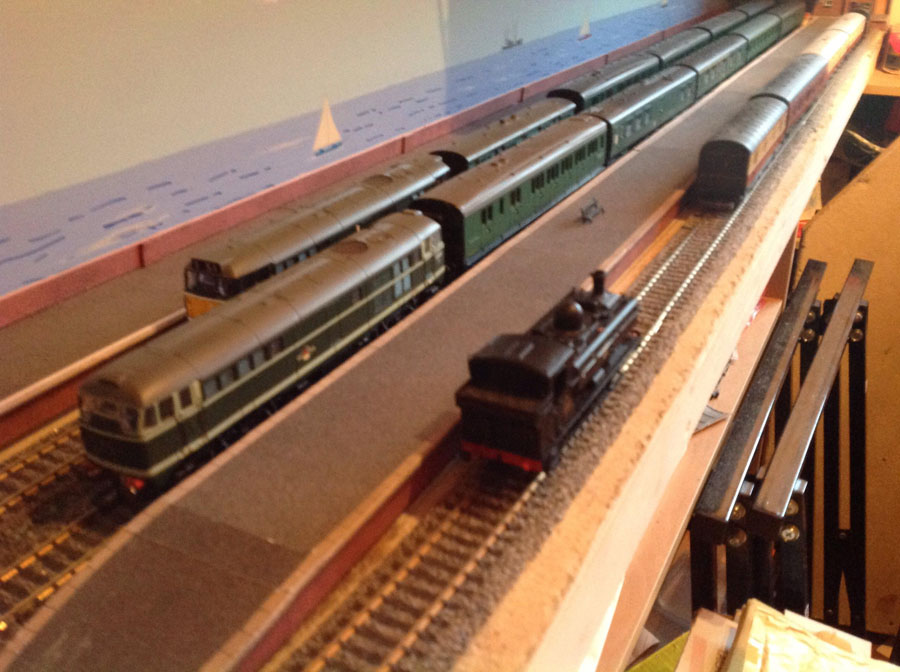 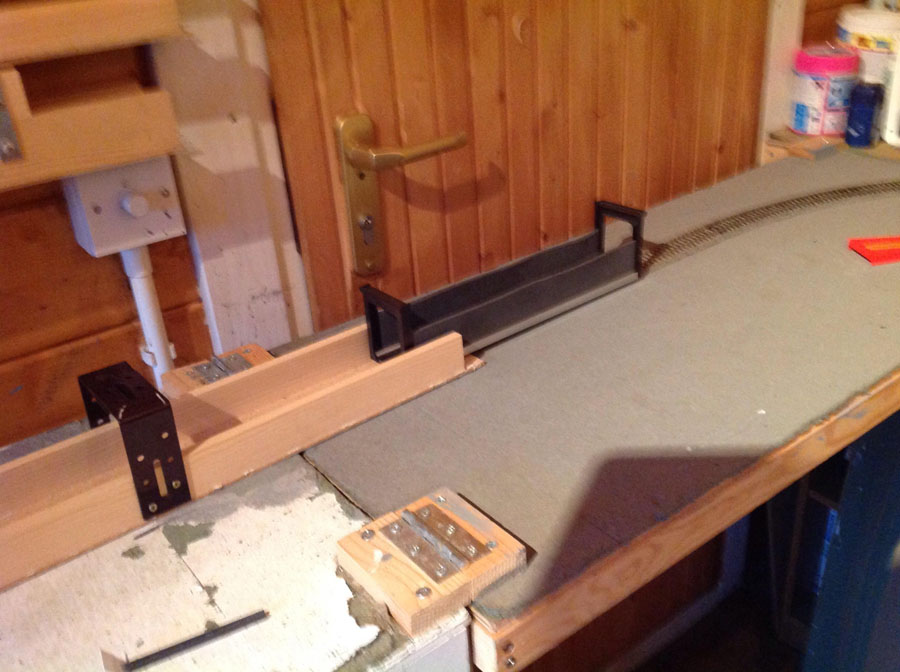 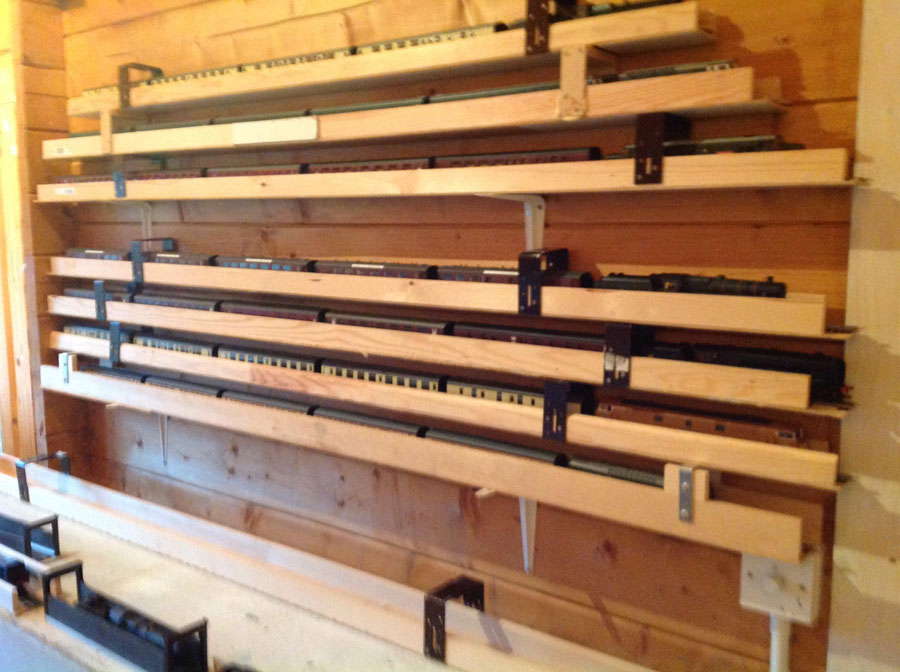 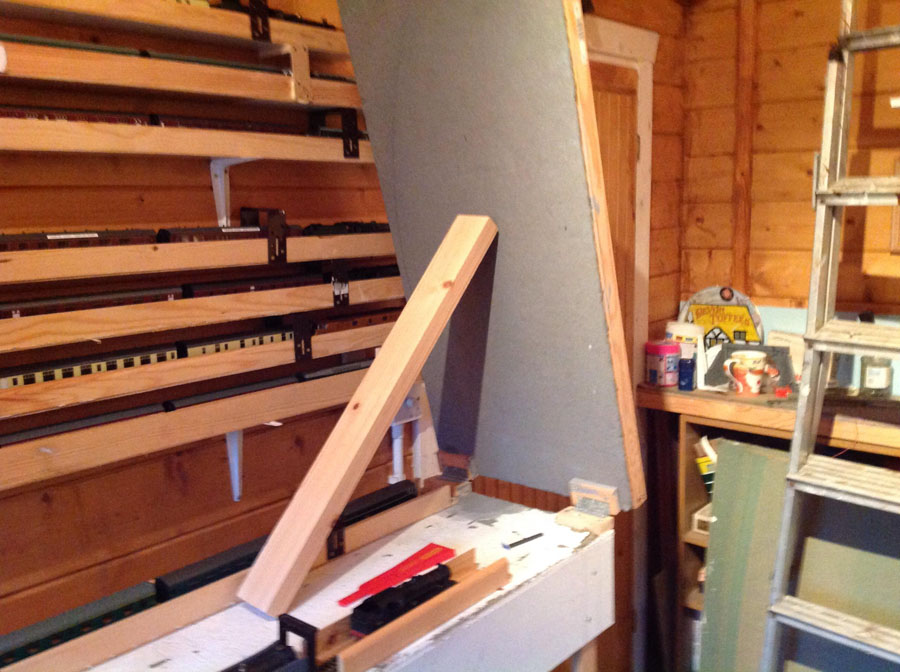 “My best tip? I would have to say it starts with the table. I’ve always built mine strong enough for me to stand on. 2×4’s for all the framing and 3/4″ plywood for the top. Hasn’t failed me yet.

I think Tony is right – because also, when you have a table, you have your own space – and nothing happens until you stick your flag pole on that space, and say, “This is for my layout!”

Soren’s layout is a good example of this:

Like so many others I enjoy your newsletters a lot, so keep it going!

Now the time has come when I have a little bit of progress on my first layout to share. That is, I have made most of the benchwork of which I include a couple of pictures. The desk-like space is going to be a smallish fiddleyard with a helix in the corner to the right connecting to a station on a higher level (a bit below the window). In the lower left corner is the beginning of an inland harbour. You may be able to guess from the photo that I model in H0 standard gauge using Märklin C-track powered by AC.

My train room is small (2.67 x 1.75 m ~ 8′ x 5.5′), so the layout will be along the walls and in several levels. Partly due to the space available and partly because I find old rolling stock and structures so inspirational, my layout is set around 1880 – 1905 in Severania, a fictitious and democratically influenced duchy in the central European mountains. The official language is Danish, and the Duke is very interested in the technical progress of his time, so he has decided to create a railway network to reach nearly all inhabited locations in the little land. It will become an operationally busy railway with the harbour and several industries to serve. The Severanians will also enjoy a regular passenger service between the small towns.

More to come in the future – happy modeling to all 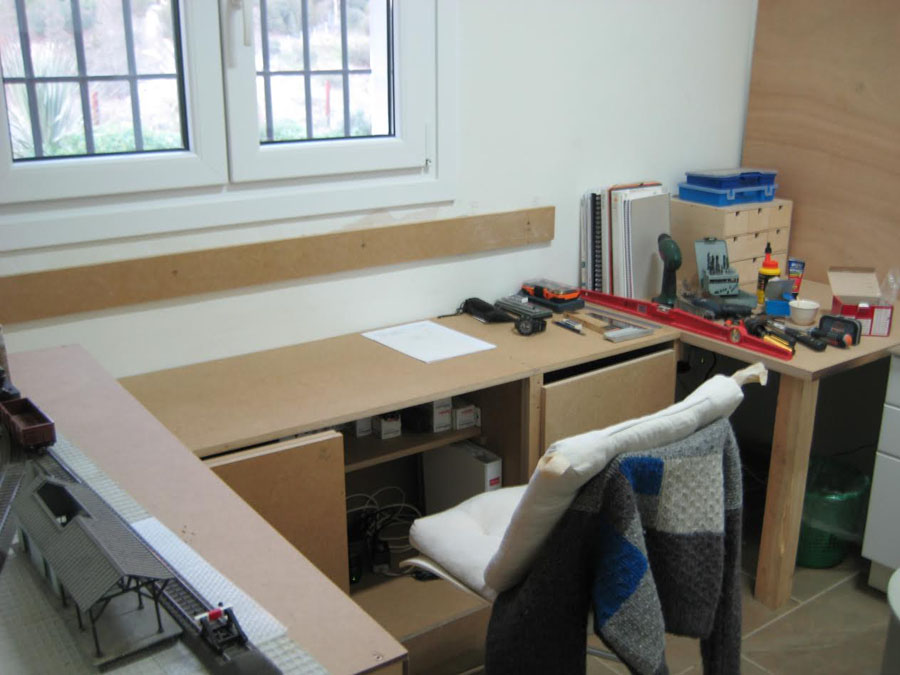 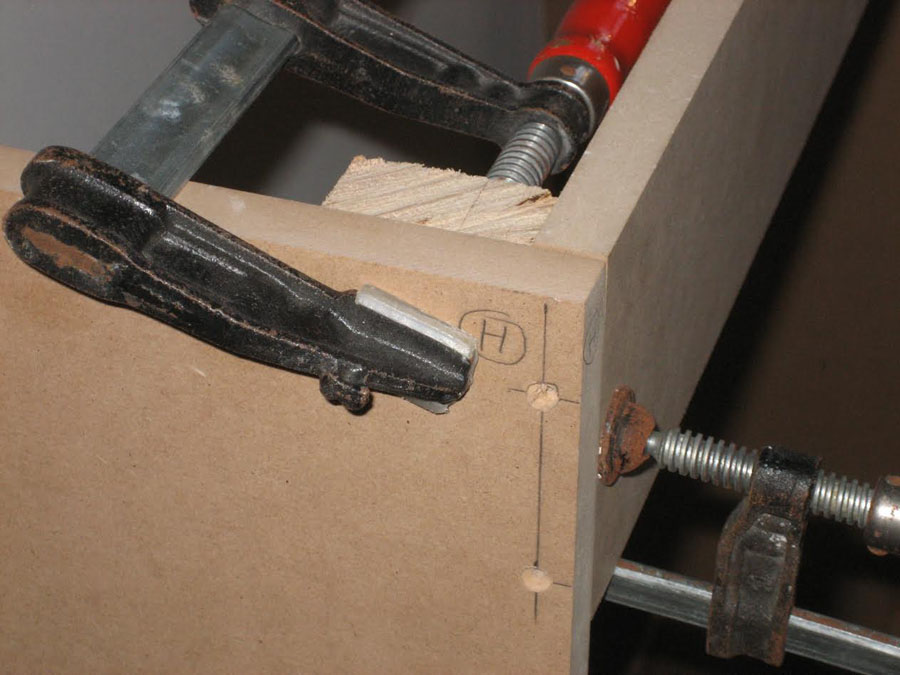 That’s all this time folks. Please do keep ’em coming. Just mail me anything you’d like to share.

Thanks for all the comments on Dave’s last post. Remember though, even Dave had to start somewhere…

And if you want to grab some space of your own and get building, don’t forget the Beginner’s Guide is here.

PS Latest ebay cheat sheet is here. Have you had a look recently?

13 Responses to Mike starts on his railroad layout