Alasdair has been busy with his model railway night scene pics:

“Thank you for the wonderful replies to the pics I sent you ,as some of you requested more night time pics here they are. 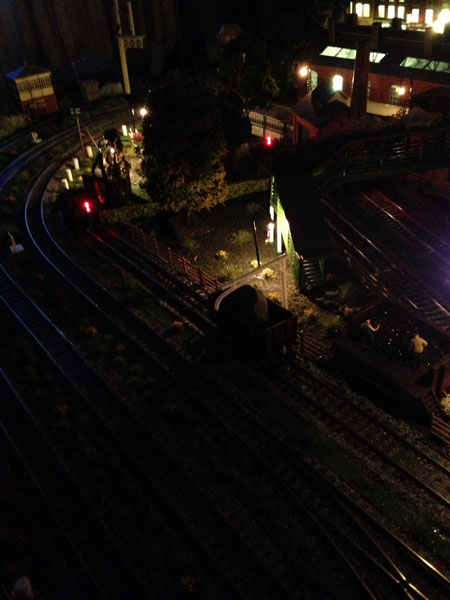 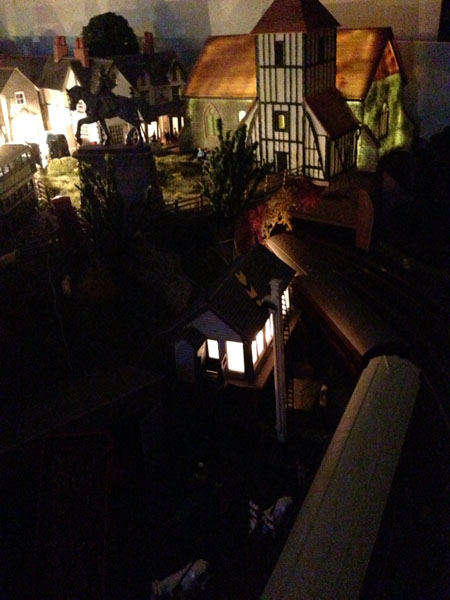 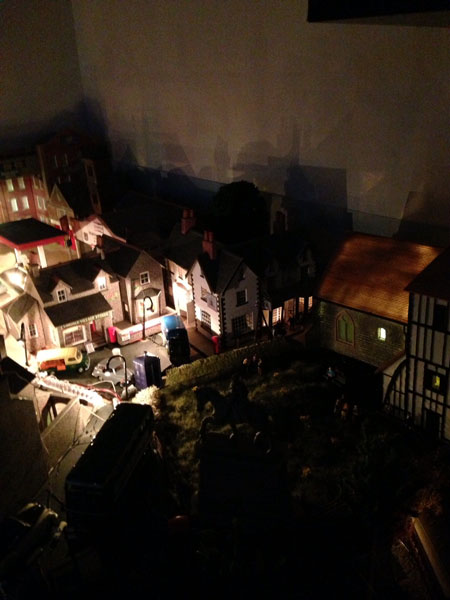 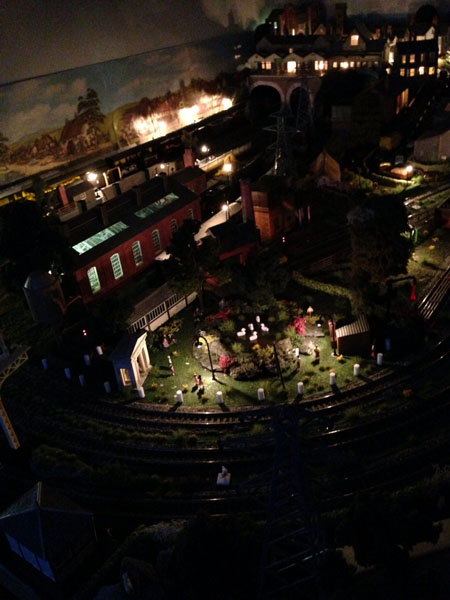 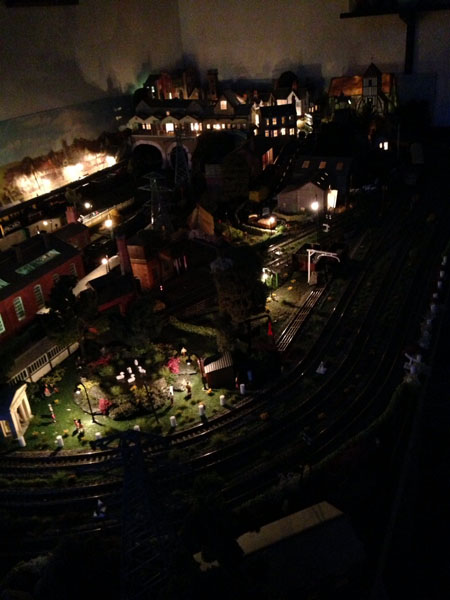 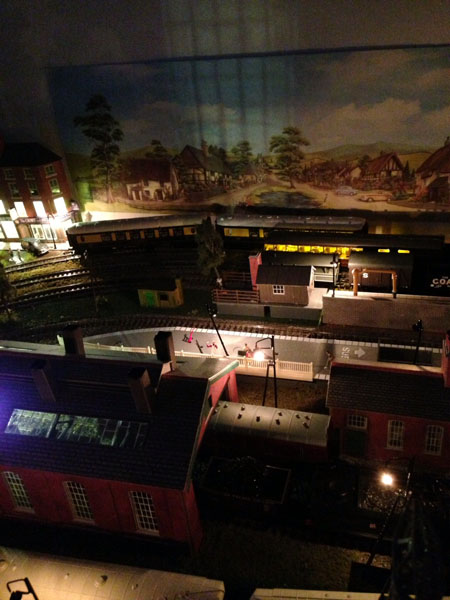 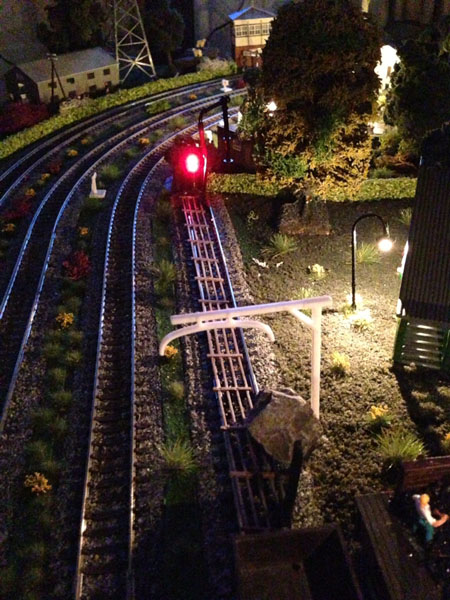 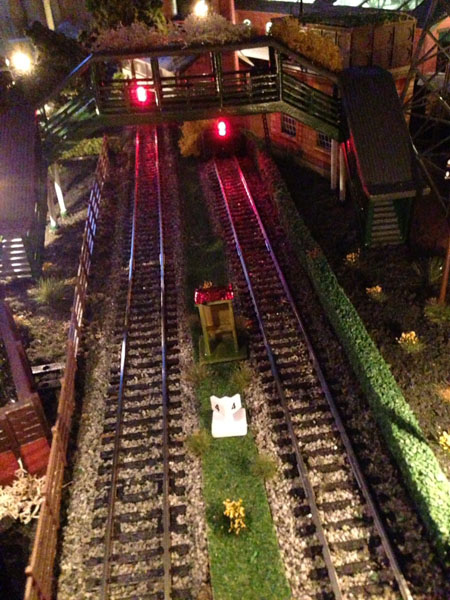 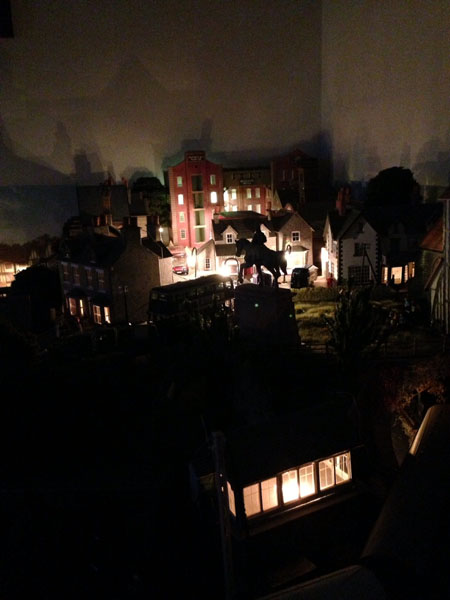 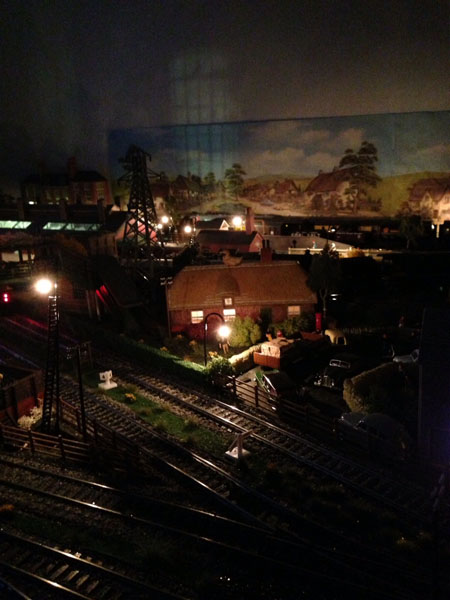 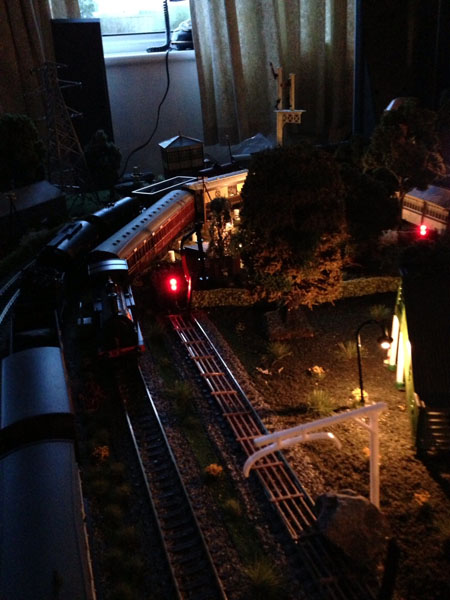 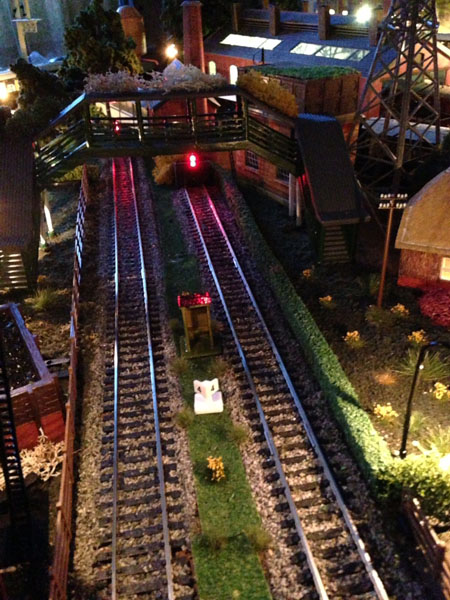 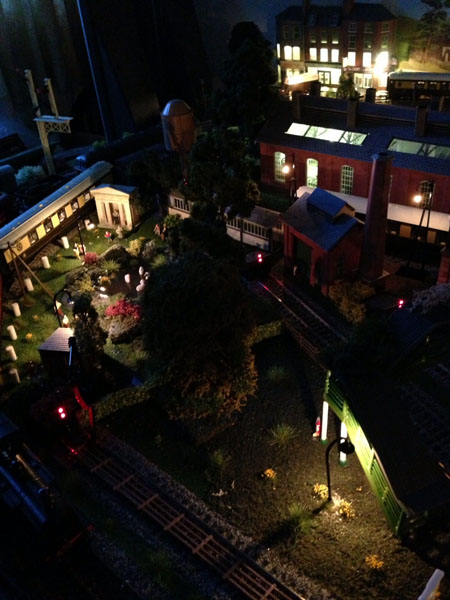 A big thanks to Alasdair.

There’s something about model railway night scene – they really do make a layout come alive.

When it comes to night time pics, Fred’s posts really stand out.

He uses a backdrop with fibre optic ‘lighting tubes’ in various color LED lights, and wires for separate ‘pica’ LEDs.

It produces a very good effect indeed, quite stunning in fact.

Don’t just take my word for it though, see for yourself. Fred’s model railway night time scene is here.

“I have just completed part of a new LED lighting project I’ve undertaken on my N scale SV&GS Railway layout.

It addresses the issue of the valley side of the layout being too dark since there was no direct illumination there.

A prior video you posted on my nighttime operations on the SV&GS made that very apparent to me. So I decided to install LED illuminated lampposts along the park, train platform, roadways and cliffs near some waterfalls.

I also installed LED lighted autos I obtained and modified two buses I had by installing LEDs on the interior to illuminate the passenger areas.”

And don’t forget if you want to get going on your very own layout, the Beginner’s Guide is here.