More of your railroad pics and tips

“Alastair … I actually have two pretty decent things to pass along:

I have found that using bark or weathered or drift wood for making rocky hills looks really good.

And, when using sculptamold (or similar) for terrain, tint it with brown, grey or green paint before installing. That will prevent the white specks you get when trying to paint afterwards.

how are you, my name is Christopher, and it’s nice to meet you.

I want to thank you for your emails, and I enjoy looking at your model railroad layout plans.

I just completed my first N scale train set, and I would like to expand on it someday.

Back in the 1980,s it was HO, now it’s N scale. I made a layout that you might not see everyday that I believe is creative, and somewhat artistic.

Please let me know if this N scale train set with an Egyptian layout looks good to you.

The size of it is 4 feet by 6 & ½ feet. Most of it is Bachmann, but someday I would like to have a Kato Set because Kato has my favorite train in N scale the Southern Pacific Daylight Freedom Train # 4449.

Please feel free to send me more of you emails, you have yourself an excellent day, take it easy, and peace out from Christopher” 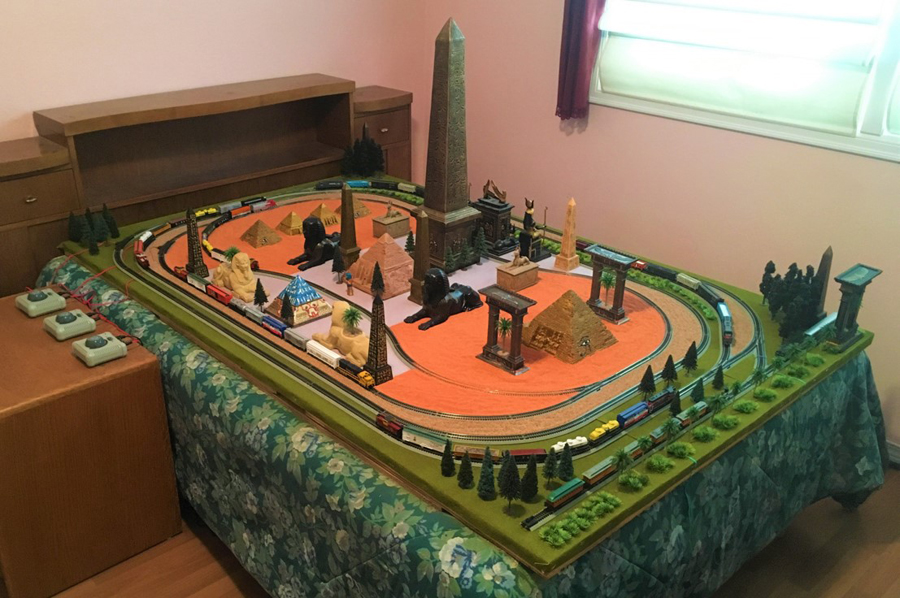 Here is a photo of my steam lorry after I weathered it, using washes of thin black , gey and brown paint . and weathering powder. 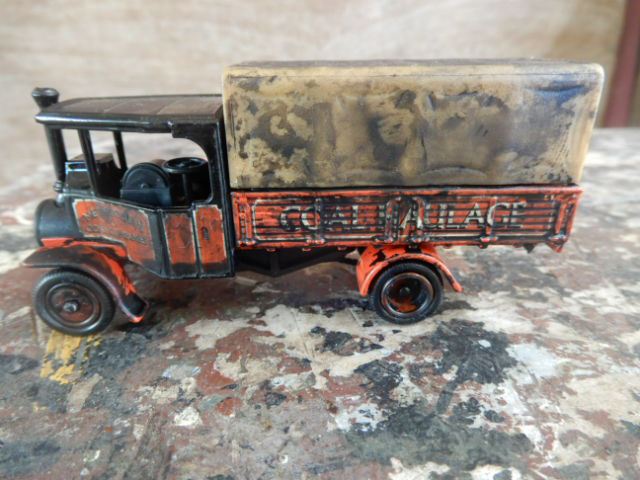 And seeing as weathering is such a hot topic with you lot at the moment (thanks to Jim for that), I thought I’d have a look through the archives, and came out with these two:

Now on to Joe.

I have been looking at all the layouts you’ve been sending, and they all feature something that is interesting.

The passenger line features a commuter service that shares a single track in both directions.

All the landscaping was done from scratch. Much of the track is under the bench work and is accessed through three tunnel portals, giving the illusion that the trains enter the tunnels and go off to some distant point.

The below-bench track work also hides two passing sidings each for both the freight and passenger lines. These are used to alternate trains at random so that the sequence of trains differs. There is also a passing siding that is exposed to allow faster passenger trains or priority freight trains to overtake slower or non-priority freights.

There are several sections of the DCC layout that are operated manually, such as engine services, industrial sidings, and freight and passenger car yards.

But the main feature of the layout is that the freight and passenger main lines are computer controlled. I use a software application from CTI known as Train Control Language (TCL). For you programmers, it is based upon the C language.

All engine movements, sounds, signals, lighting, auto traffic lights, etc. are controlled by TCL. At any given time, up to 7 trains can run in automatic mode, and with the addition of engines being operated manually in the other sections I mentioned, the layout offers a lot of action when four operators and the yardmaster are present.

The layout was designed and built so that it could be disassembled into 13 sections. All wiring at section boundaries has Hitachi type connectors. Photos demonstrate a portion of the circuitry associated with the CTI system, which is essentially a local area network. It shows how I dealt with the varying voltage requirements of my accessories, which draw 3 volts, 4.5 volts, and 12-14 volts. Instead of installing a huge number of resistors, I simply stepped the voltage down from 12 volts for each application. This saved huge amounts of time when wiring accessories.

You will notice an open rectangle in the center of the layout. This is where the town, with automated streetcar service, is planned to be. I have not yet decided if I am going to complete this section. 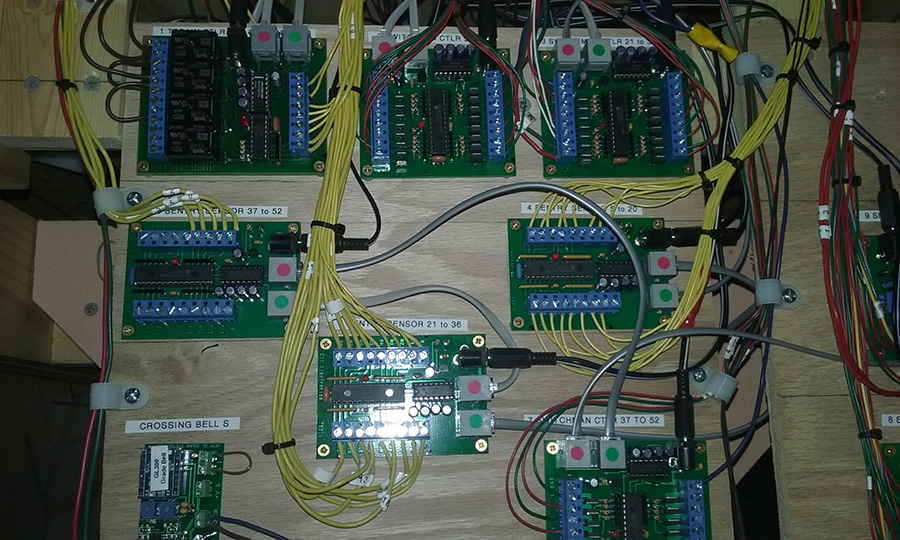 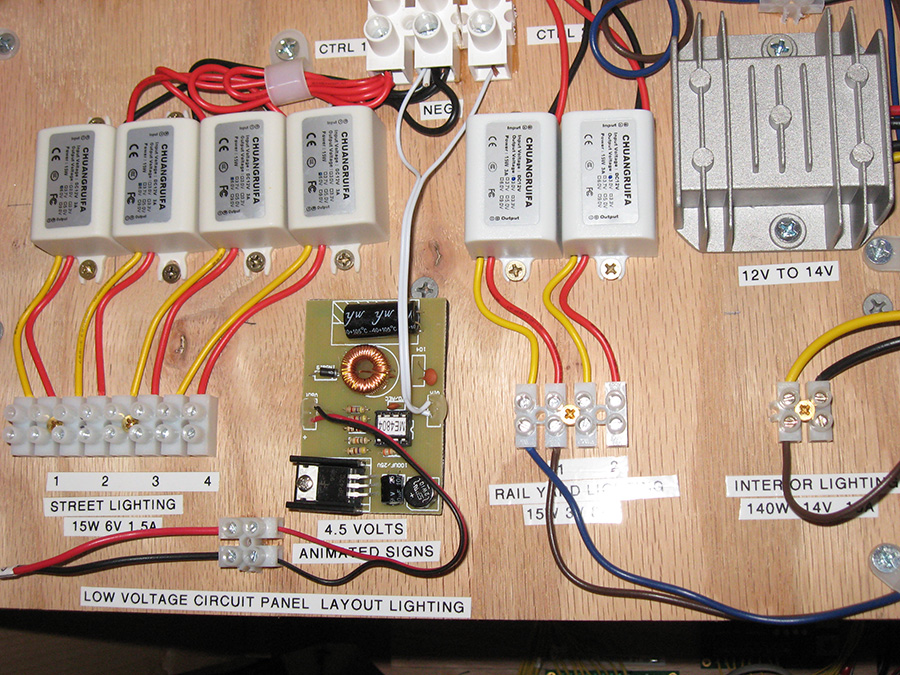 A big thanks to Joe and Paul.

There’s a long list of weathering posts on the blog now. I’ll share some more with you soon, or you could just take the plunge with the Beginner’s Guide.

24 Responses to More of your railroad pics and tips