I have been receiving your emails for several years now, and found all the hints, tips and suggestions extremely helpful.

I got my first train set when I was about 6 years old in the mid 50s: a Triang R52 Jinty and two carriages. Over the next few years I accumulated several trains and trucks and changed all my standard track to series 3 when it came out in 1958.

By the early 60s when I became a teenager I found other interests, guitars and girls! So the railway went in a box, where it stayed for many years.

It used to come out occasionally and I set it up and enjoyed seeing the trains go round again. And I always had the ambition to have a proper layout some day.

Well now I am in my 60s the time has come. First I went to model railway shows to get ideas and to see how things were done. Then I found your site and learned a lot from it.

I thought of building my railway in the loft, but realised that in few years time I would probably find it difficult to climb the ladder. So I built a Train House in my garden. This was my first attempt at building so again I had to learn from scratch, by watching and reading. This took a year of slow but steady progress.

Then the trains. I wanted a circular layout with as many tracks as possible. I thought four would be possible. I also had always wanted a suspension bridge. So that is where I started. I had an overall plan in my head but more or less made it up as I went along, learning all the time as I progressed.

The first decision I had to make was analogue or digital? I had no idea about digital, it seemed very daunting, but seeing as I was starting from scratch it was the obvious choice. I had kept all my old trains for all those years so I wanted to see them working. I had to change all the wheels so that they world go on the modern track and fit them all with decoders. They said I couldn’t be done, but they all work!

When I started was to understand exactly what DCC was and how it worked and then to put it into practice. In hindsight I actually think it is probably easier than analogue, in the fact that all the engines are independent and you don’t have to have a lot of isolating track to run it.

I have finally completed it after several years work, and the addition of a fifth centre track.

This has been a very interesting and exciting project, working out the designs and the electronics and getting it all to work. Your contributors are right to not throw anything away, that was good advice. It really hasn’t cost a lot, apart from the obvious most of it is scratch built and the Chinese lights etc. are very cheap.

The scale is OO. I had aquired a few HO bits and pieces over the years but they didn’t match my old Triang engines.

In all, it probably took about a year to build the Train House and about 3 years for the layout.

As far as the cost is concerned the most expensive part was buying the blocks to build the house in the first place! Then all the plywood for the floor, walls and roof, then the trestle to put the layout on. This of course was all new, But in all no more than about £500.

As for the layout itself, I had a lot of track already so I only needed to buy a few extra bits and some points, mostly 2nd hand from eBay.

I bought most of the switches etc. from China. I bought some of the backscene, but made most of the rest by taking photographs and printing it up to scale on my computer.

The main station was, as you can probably see, a Metcalfe kit, this I bought new. But most of the other buildings and scenery was made from revamped old 60s Airfix kits, some superquick kits I was given as presents, or as I progressed and learned how to do things, scratch built.

I bought replacement wheels and other odds and ends from local Model Railway shows. Of course the decoders had to be new.

The street lights and trees also came from China via eBay, very cheap and good value. I have not made a note of my expenditure but over the approximate 3 years I would be surprised if I had spent over a further £500.

In all a very satisfying experience. I am now a builder, an architect, and electrician, a carpenter, an engineer a model maker, a station master, chief cook and bottle washer!! 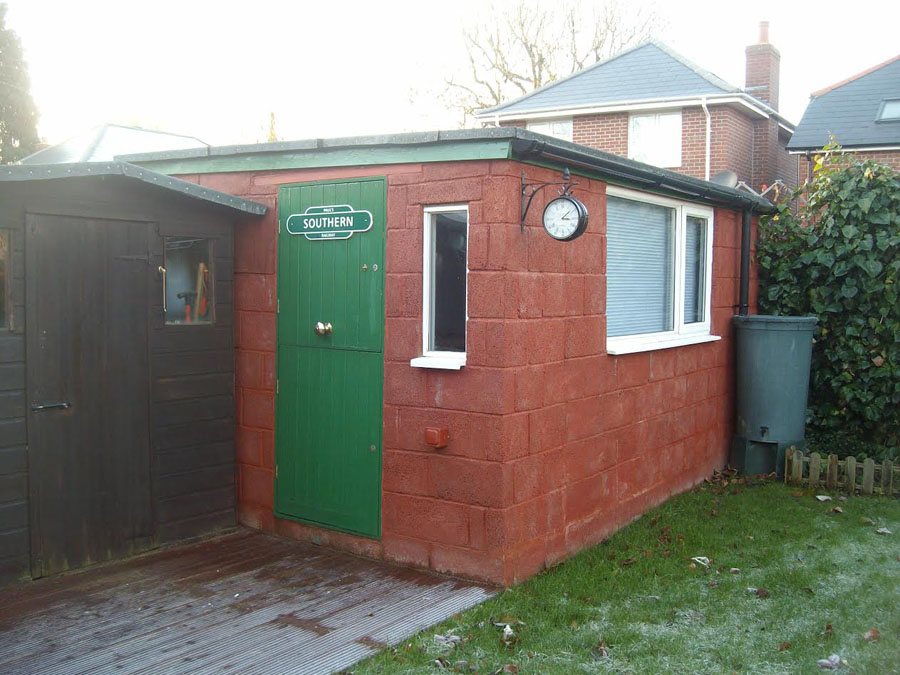 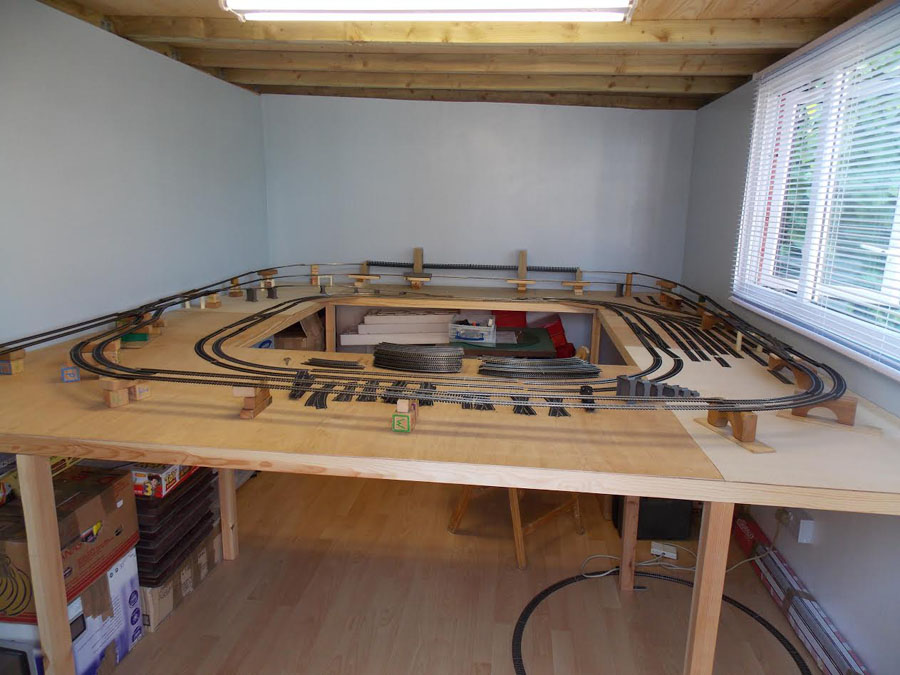 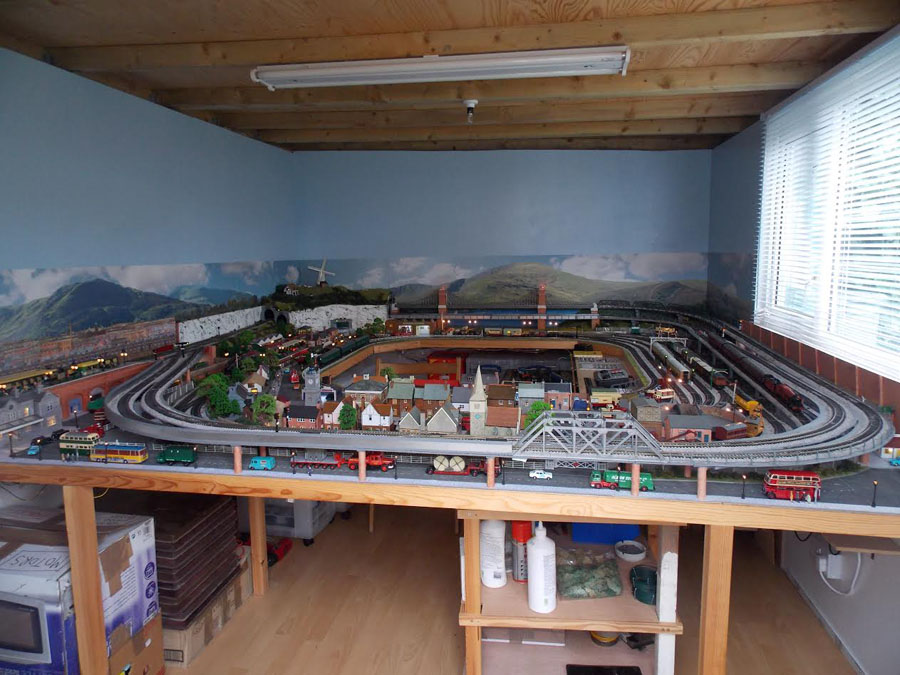 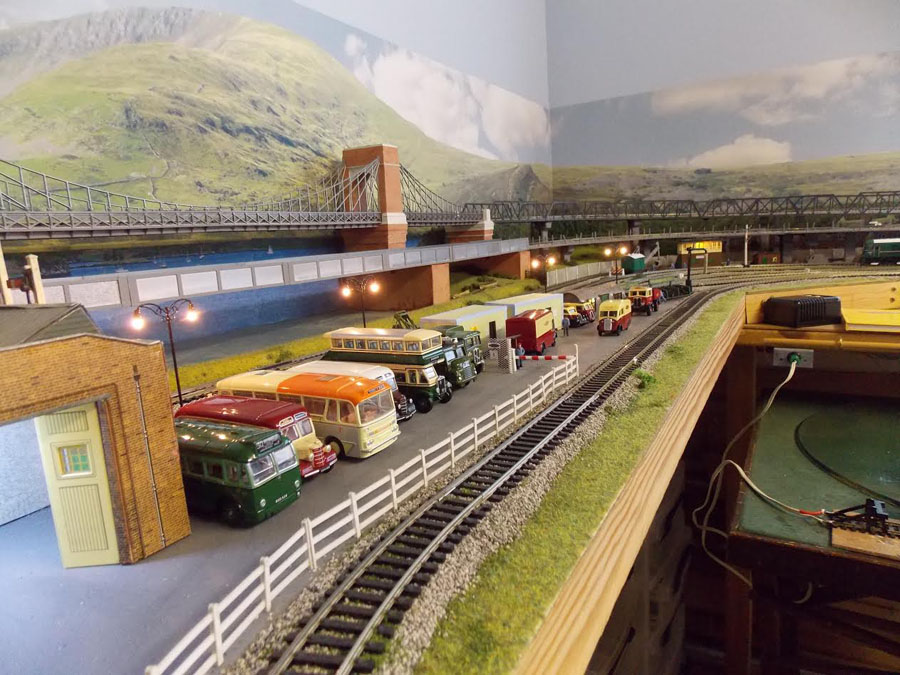 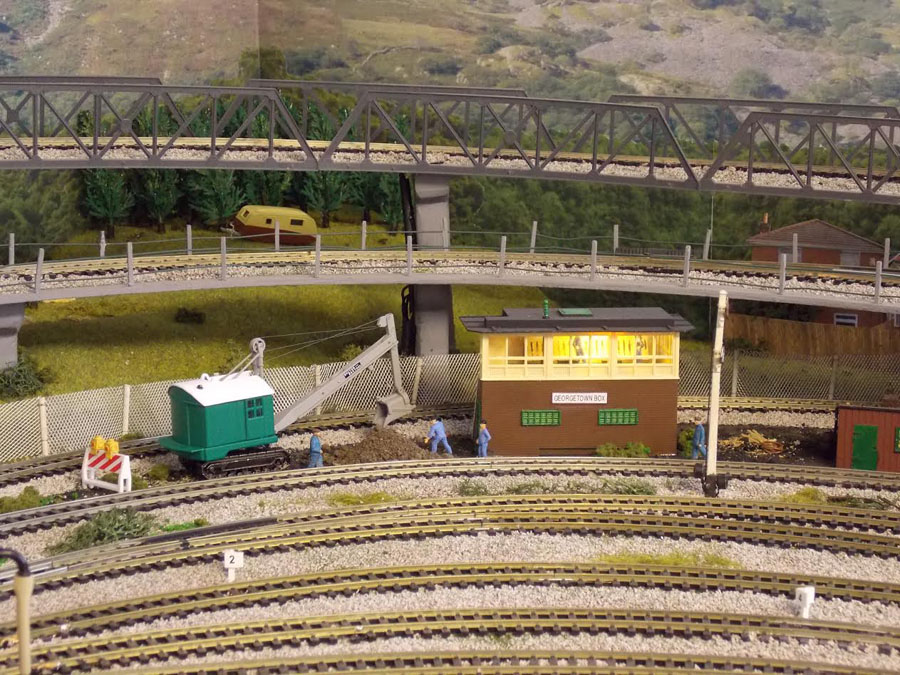 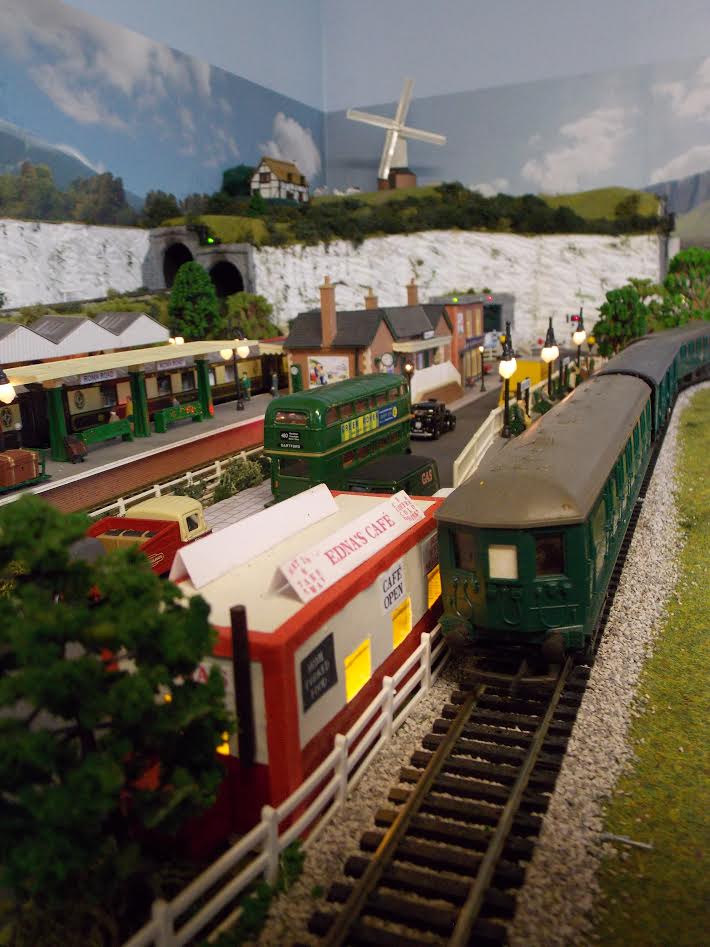 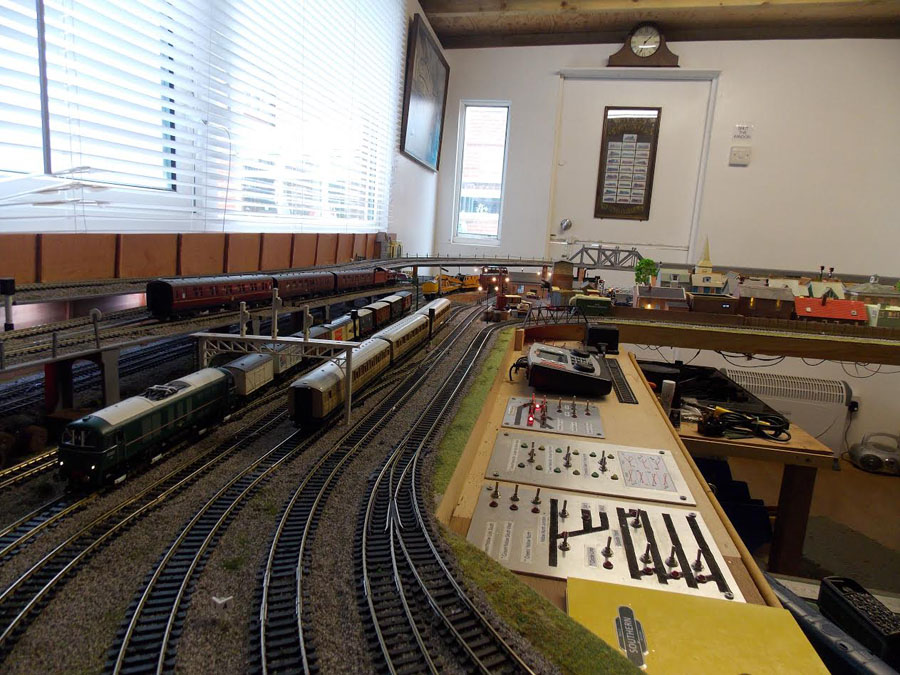 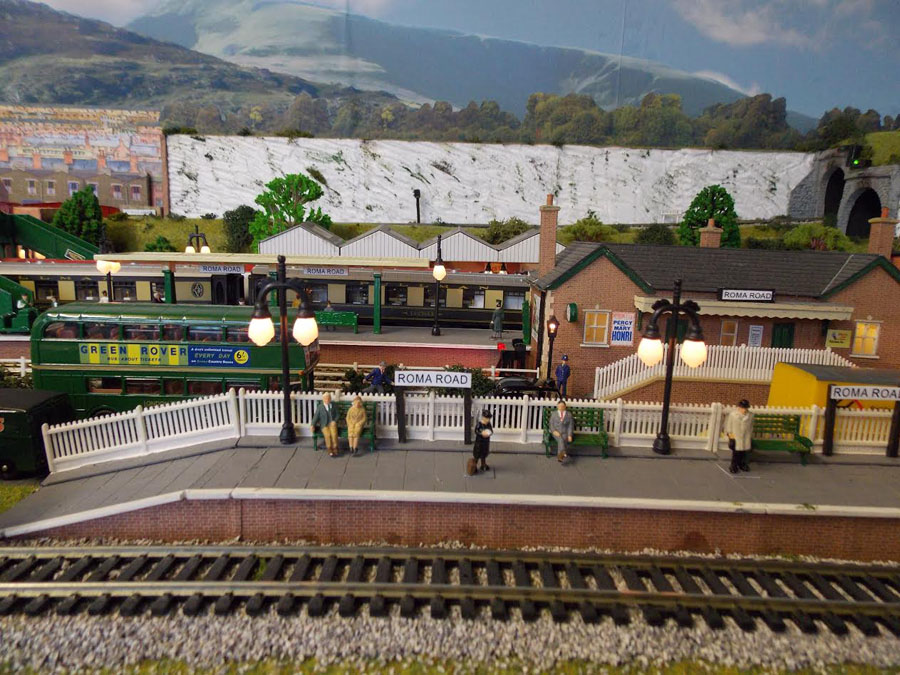 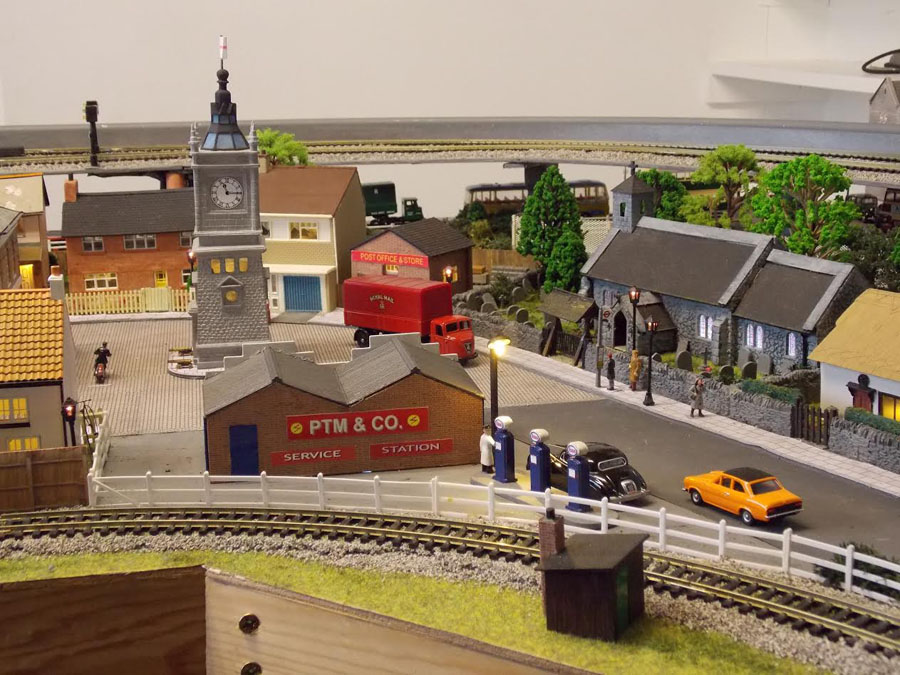 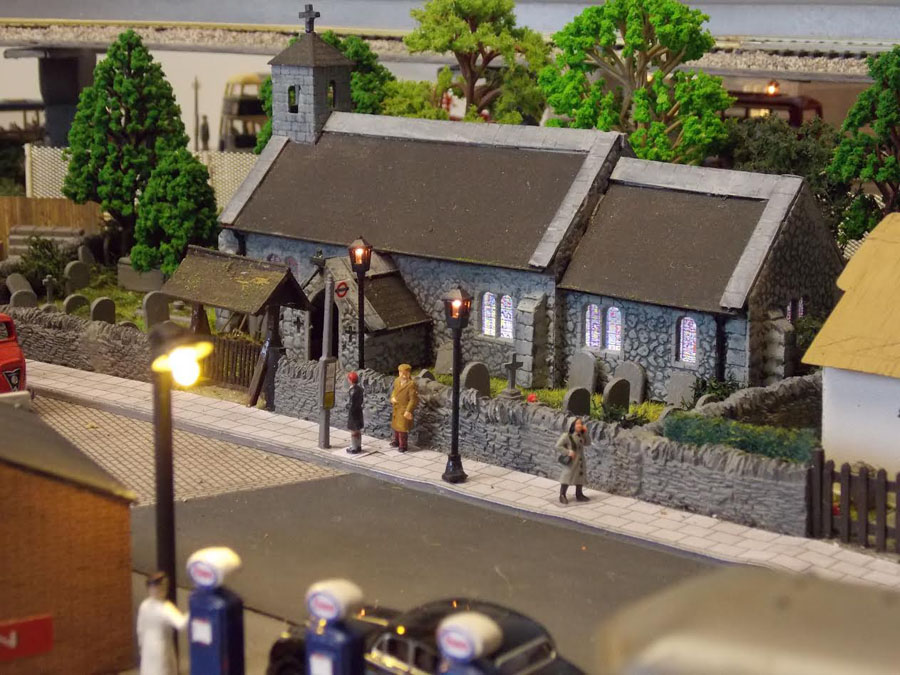 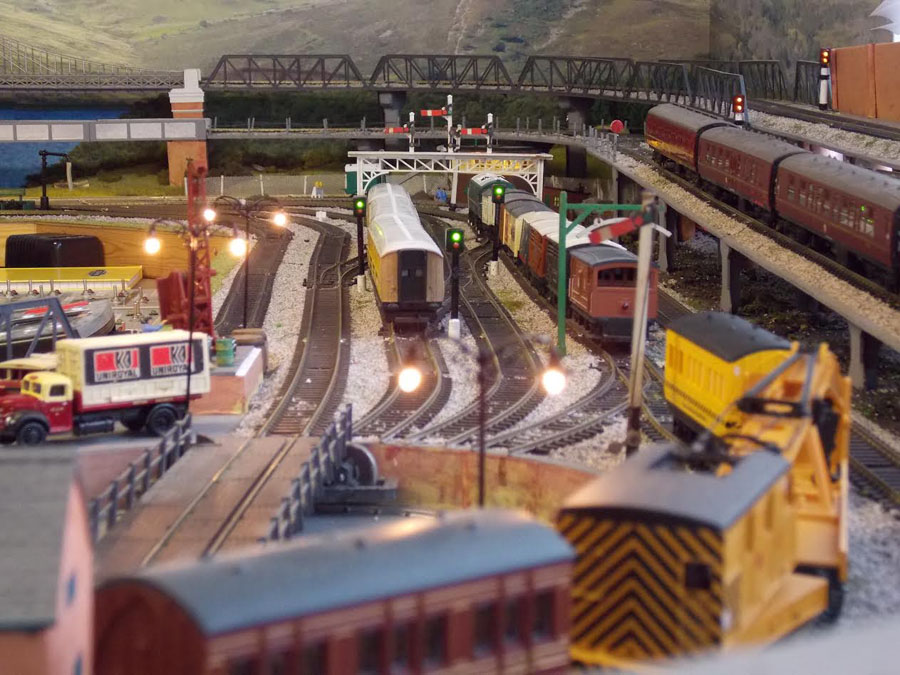 My word! A huge thanks to Paul for sharing. Embarrassingly, he mailed me some time ago and I managed to miss it. Thankfully he got in touch again, and I’m so glad he did.

It just goes to show there are two key steps for any layout:

1) Claiming a space for your own – even if you have to build it!

That’s all this time folks, hope you enjoyed Paul’s missive as much as I did. A fab narrative.

And if you want to follow Paul’s lead, the Beginner’s Guide is here.

PS Latest ebay cheat sheet is here. Have a look-see at all the HO stuff.