Peter’s been back in touch – just with one pic this time – but he’s finished his railroad tunnel: 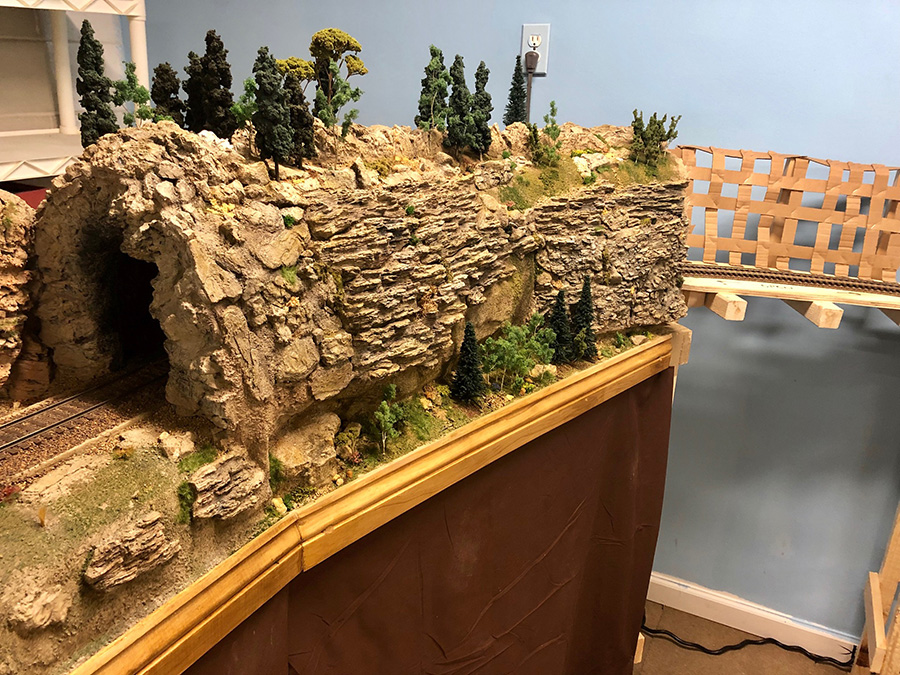 And now on to Dangerous Dave who’s been playing with his new locos:

“Hi Al, just uploaded this video showing 2 of my Deltics and the sound they give, the Ballymoss Deltic has basic Bachmann sound, but with the em2 speaker added, it sounds far better than most we hear… enjoy the sounds from years gone by…

Now on to Terry. I just know there’s somebody out there that can help:

“I read with interest a posting from Joe who is using British engines on his Florida layout.

I travel often to Europe and as a model railroader I seem to end up at a hobby shop somewhere sooner or later. When an engine catches my eye, my first thought is: will it run in the U.S. This brought up a question that’s been running around in my mind for several years:

I realized the 230 volt power to the transformer is converted into a DC voltage for the engine. Now I’m wondering if the power needed to run any engine is the same all over the world… i.e. 12-16 volts. If so that solves my problem and I will have no fear of buying something that will not run in the U.S. If not, then what’s the solution?

On the same subject…what about the light bulbs inside passenger cars..any problems there?

That’s all for today folks, because I really am short on time today.

A big thanks to Dave and Peter. And who can help Terry?

Please do keep ’em coming folks, and don’t forget the Beginner’s Guide is here if you want to stop dreaming and start doing.