The most important thing in any model train layout

Here’s what I love most about this hobby, or maybe this hobby and this blog: making a start!

I often say it, because I know so many folk on the newsletter think about taking the plunge – but it just never happens…

So why am I saying this (again)?

Now have a look at what he’s done:

I got in touch with you in March to introduce my loft railway.

I have made a bit of progress on the landscaping front since and I thought I would share it with you,

I have named the layout ‘Tarry Mill’ after the farm my mother was brought up in in Scotland.

I started the landscaping down on side, and I am about a quarter of the way down.

It comprises of two inclines, raised section and one tunnel portion. I used expanding foam filler for the surrounds of the inclines and foam insulation board for the hill and tunnel section.

The tunnel mouths and wall sections are made from foam insulation boards. I scored it with a pencil to give a stone block effect and textured them with a small blade, once painted and a quick dry brush with white to highlight looks not too bad.

I have used sawdust and wood shavings for ground cover. I dyed it green, dried it then put it through a blender to fine it up. I also used Javis scatter to highlight some areas.

I have enclosed a few photos, I hope they are good enough to publish?

Keep up the good work 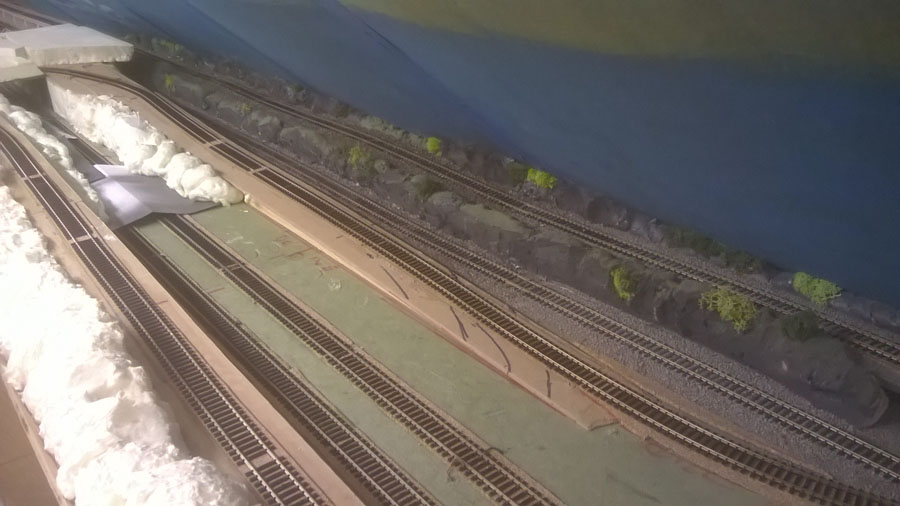 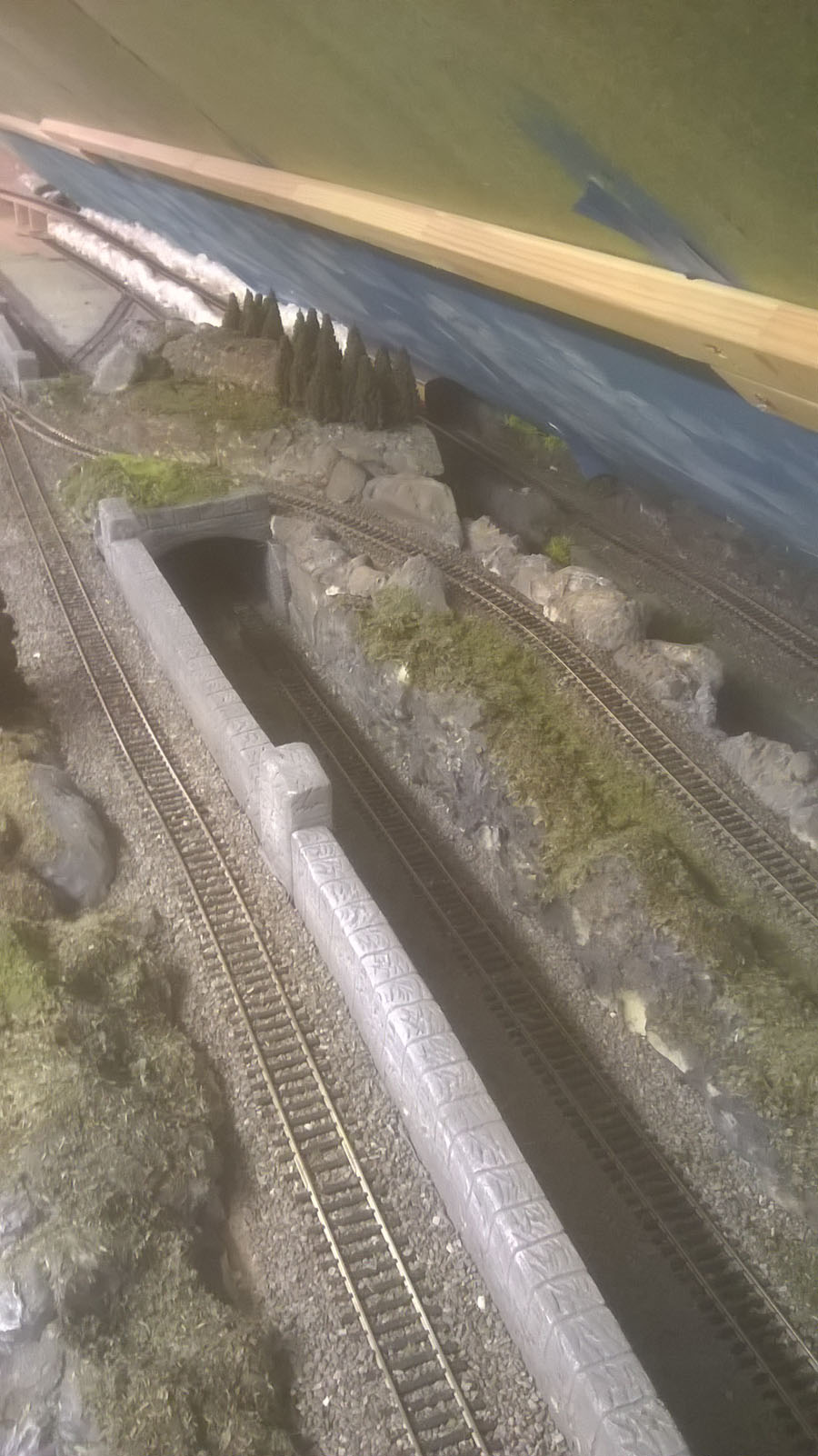 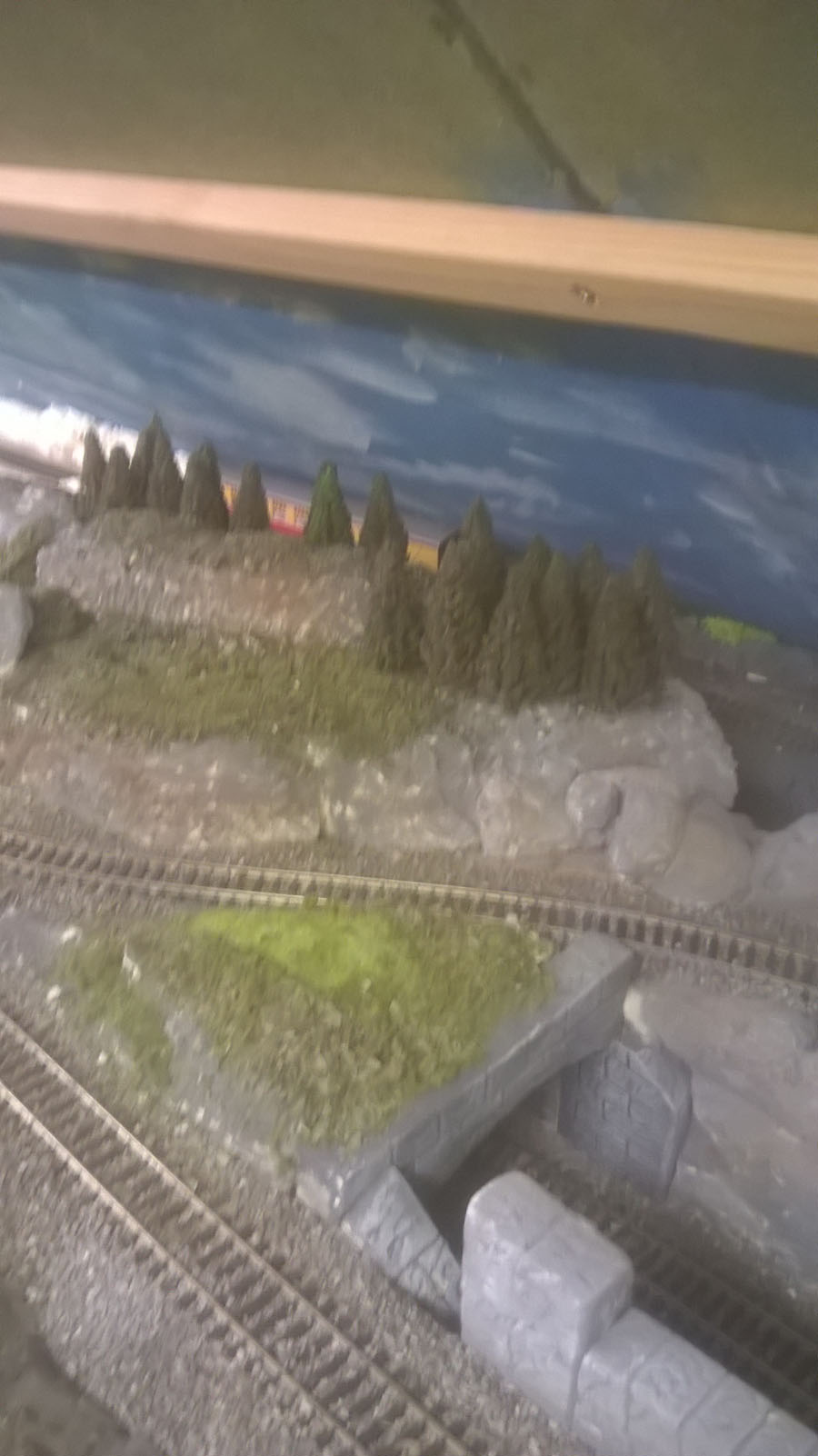 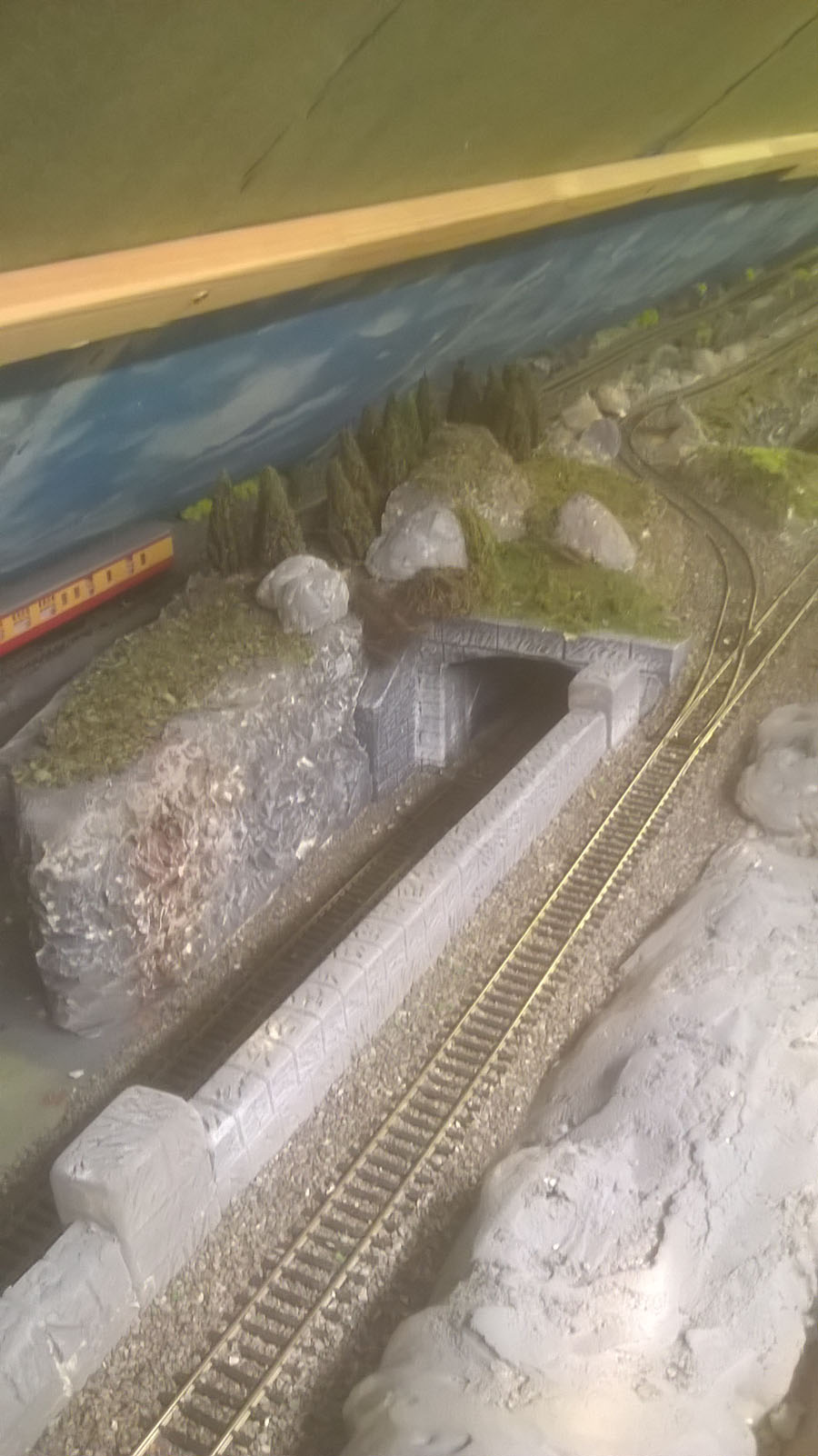 Just goes to show what a little vision and a little work can do. And of course, making a start…

Now on to Dangerous Dave. For some reason his emails have been landing in my junk folder, so I’ve missed a few from him.

But here’s his latest – no train action towards the end, but as he’s been such a big part of the blog over the years, I though why not:

Just loaded this video ..it explains a lot re not running many trains of late ..had problems with the ECOS control system so struggling with an old Hornby Elite system ..just can not get used to it again ..I have had the ECOS sent back to Germany for repair ..but could take some time ..have also been trying out the Go Pro mini Camera, you can see the results on here ..not fantastic on the railway , but later in the water on my pond it works great ….you will also see how I have been occupying a lot of my time lately…

That’s all this time folks. Please do keep ’em coming – hope you enjoy them as much as I do.

And if you’re bored of watching, rather than taking part, start your layout today – what’s stopping you? No really, what is stopping you? The Beginner’s Guide is here