Bob’s been in touch with his Tinplate model trains:

“My tinplate collection was sitting up high on the railrax in my Hirail room. It was hard to get a good look and they were becoming shelf queens because they don’t run well or at all on Gargraves track and Ross switches.

A few months ago I invoked eminent domain and had the BR furniture in the loft BR moved to the first floor. I had the rug replaced with simulated wood vinyl flooring. 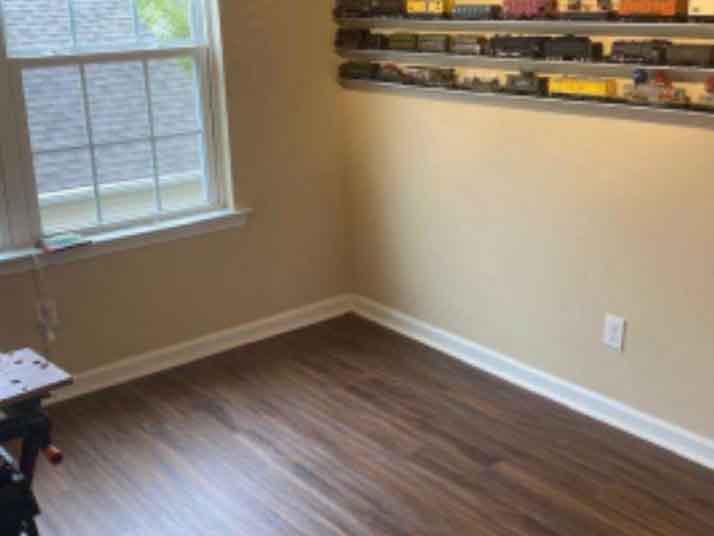 The room is 10×10. I decided that I could make a small tinplate layout with 072 curves.

While I was waiting for the bench work; I installed railrax and a sliding door shelf; which just about took care of all the tinplate and two KMT DC sets. My friends provided the shelving. 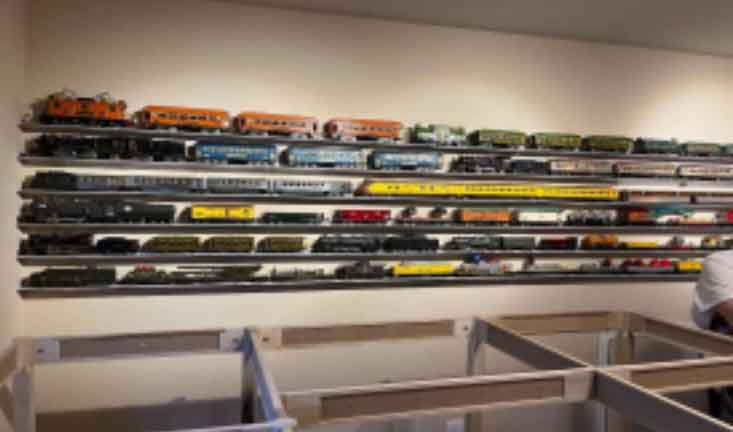 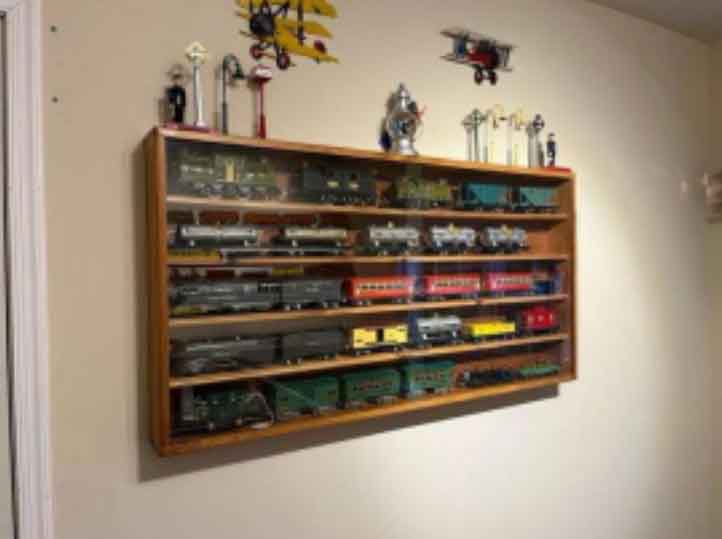 After putting the bench work up I covered it with some scrap plywood and then used Homasote on top of that. The table is on casters so it can be moved to the corner or moved out to access the shelves. 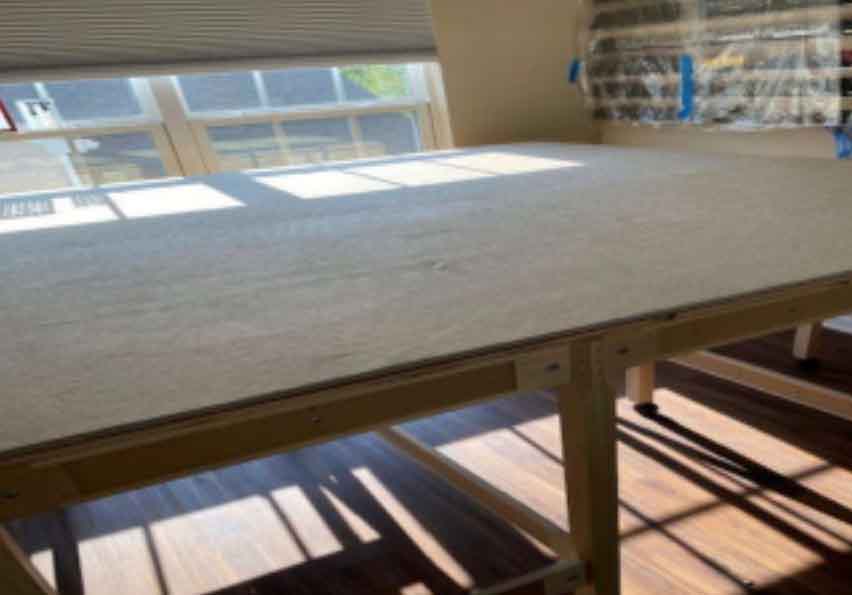 I painted the whole table a chocolate brown.

I didn’t want to go under the table; so I used self-adhesive copper tape to run a loop for lights. The tape was connected to the 14V accessory post on the transformer with 18 Gauge wire.

At the joints I folded over ½” so I has two clean sides mated; then I covered the joint with a short piece of the same tape to secure it. At the T I separated the leads with two layers of electrical tape. 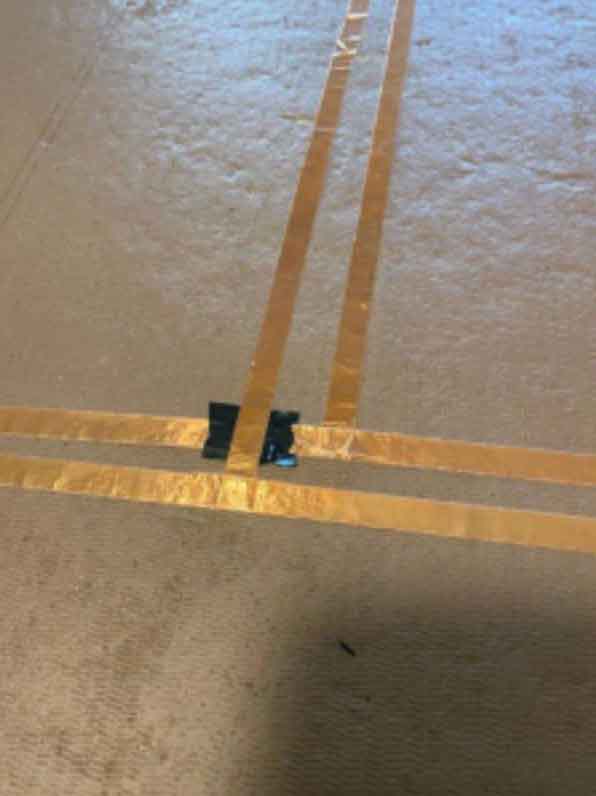 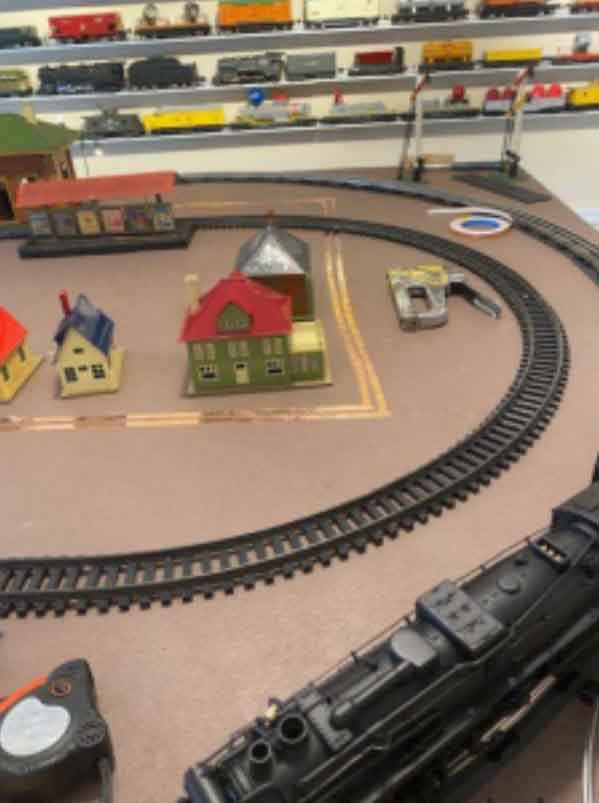 I made an excavation under each house to connect the wiring. I was concerned that the heat from the soldering gun would be dissipated by the length of tape so I used a wire staple gun to attach the wires to the tape.

I covered the connection with a piece of copper tape on each leg. 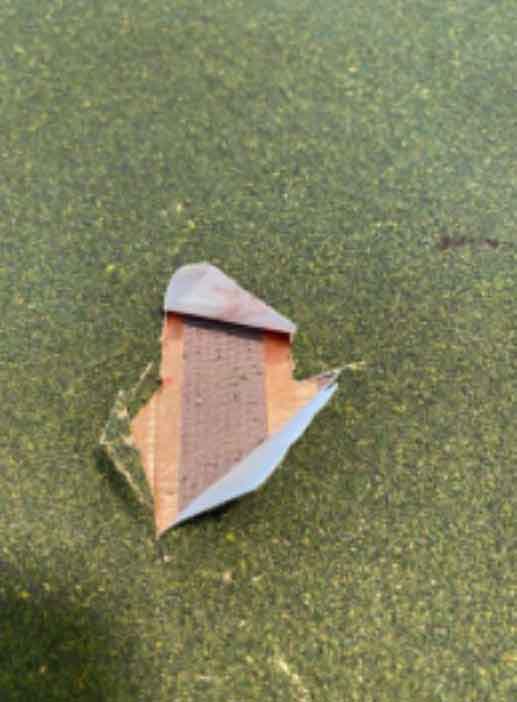 I picked up a set of MTH villas and picked up two original Lionel at an auction. I put down two simple loops; the 072 and a 2 rail DC loop.

Here is the first test of the lighting circuit. 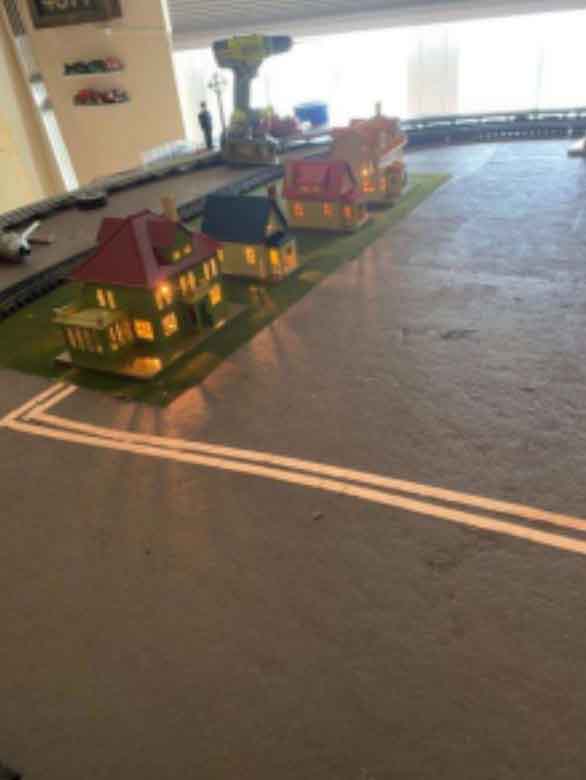 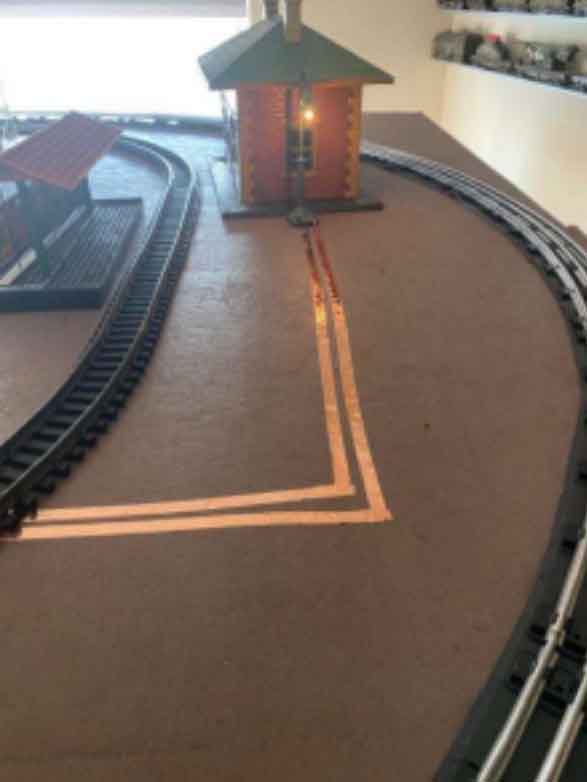 My son brought over this station (no name) that could be standard gauge but it works for me.

I brought in the station platform from the Hirail layout. It’s from my childhood; I’m not sure if my dad made it or picked it up somewhere. It’s made out of wood with some kind of wire mesh. I think it looks better in here.

I painted streets and sidewalks, then I used a roll of grass for ground cover. I am purposely not using scenery techniques used on the Hirail layout.

The flat black that I used for the streets was actually shiny; so I went over it with diluted India ink. 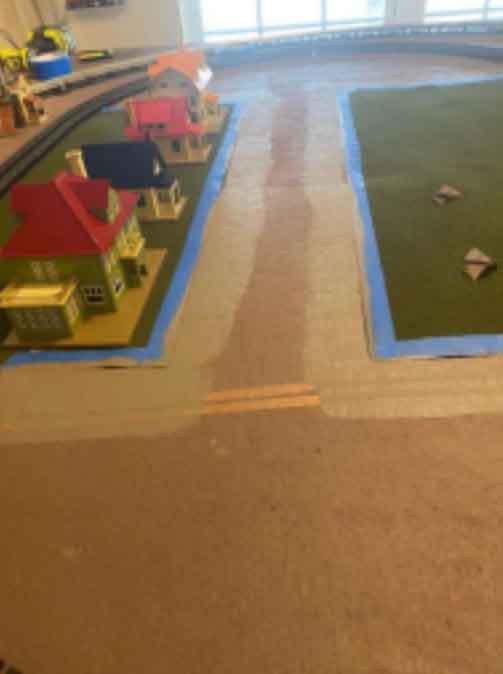 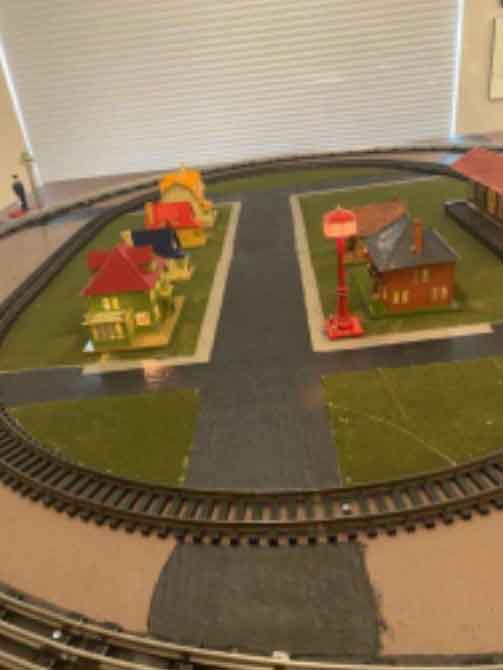 The jury is still out where to place the JEP windup set. 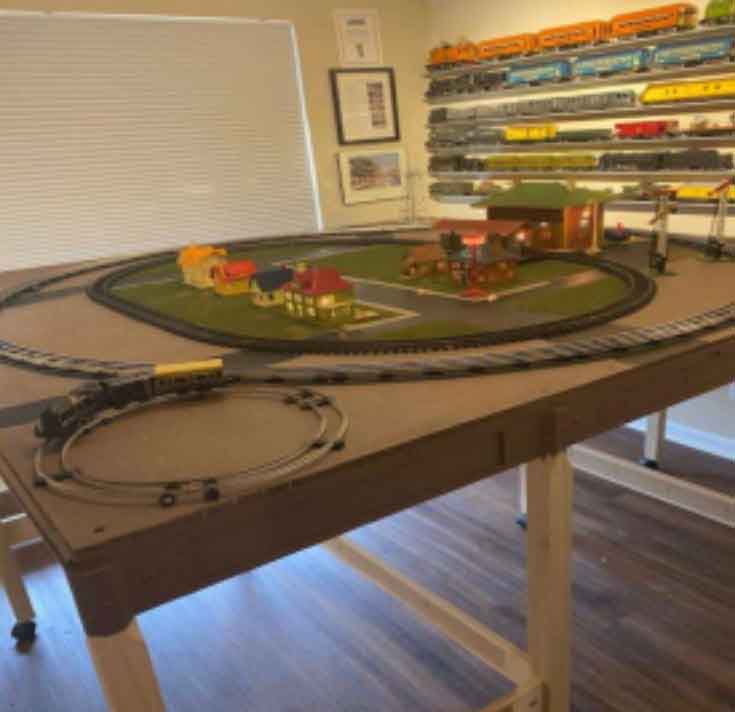 I installed a drawer under the table for the power packs.

With the track down and the lighting completed; I ran several sets of the tinplate and the KMT space train. 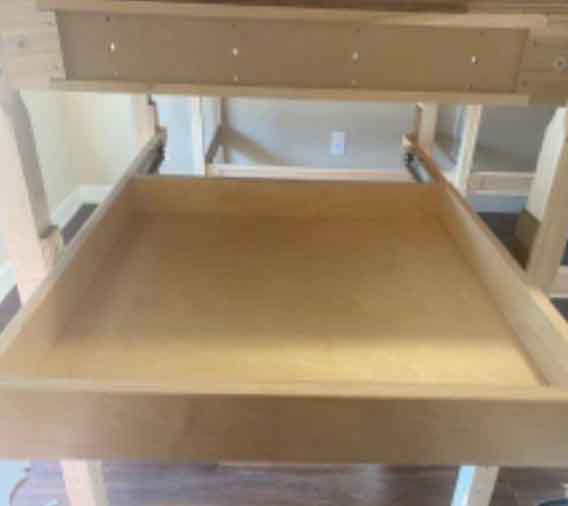 I also realized that the clockmaker’s workbench that was in the Hirail room (the loft) would fit in the double door closet in the tinplate room.

This freed up space in the Hirail room and made it more comfortable for visitors. 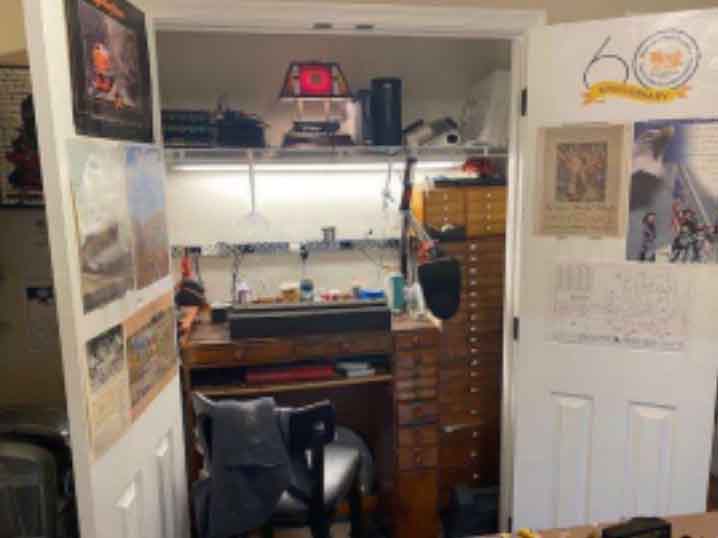 A big thanks to Bob for sharing his tinplate model trains.