Many thanks for the great ideas, pictures and videos you send out – keep them coming!

I had a Hornby rolling road as well as one by H & M. I wanted to mount them permanently on boards with a power supply for each one. I also wanted to build a holder that they all could be placed in, either for transportation, storage or to let the locos run on out of the way. I also wanted a lined cradle in which I could invert a loco or coach to work on the underside and still have a power supply. The overall appearance was to be professional with a touch of antiquity.

I had some left over plywood from my layout construction which was just right for the job. Used wine bottle corks made the legs for each board.

Hope your email recipients enjoy this. 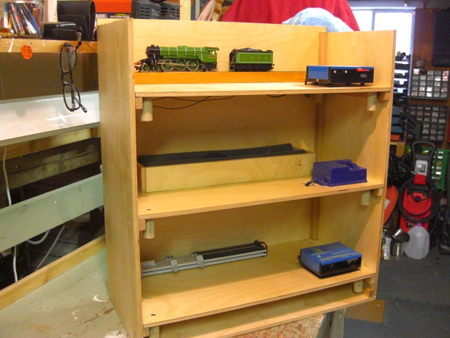 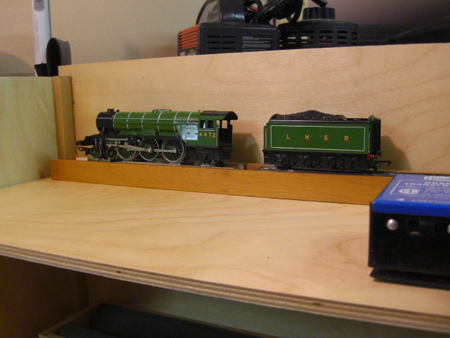 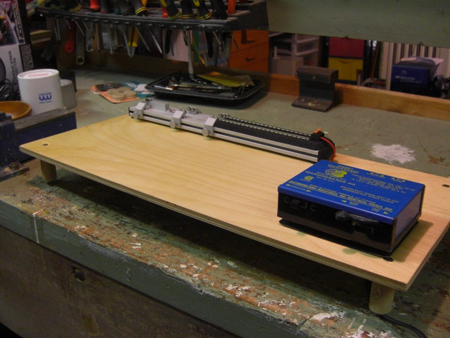 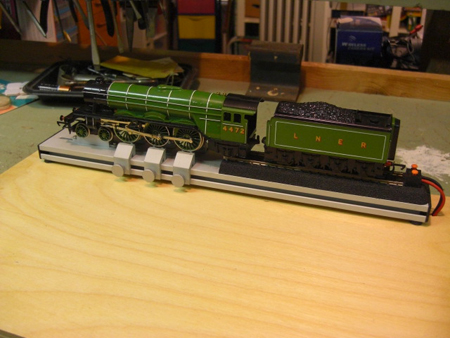 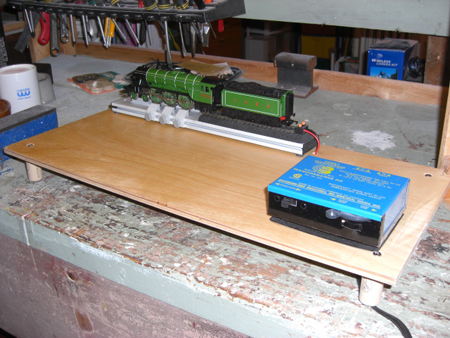 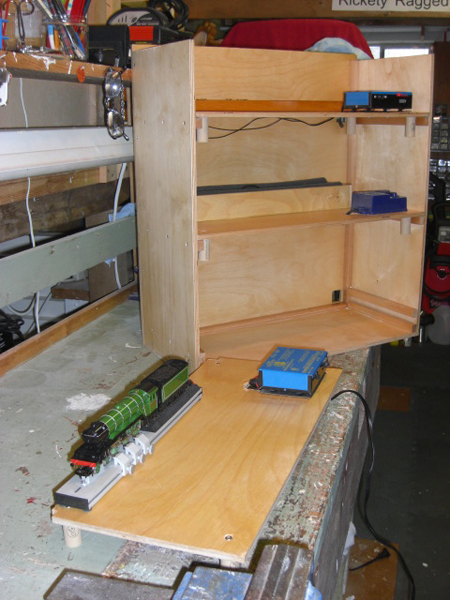 “Thanks for the tips ! I use grounded up walnut shells for my ballast ,they’re light weight ez to glue down and I soak them in paint ,then dry the mix on a piece of screen over night.

Here is a sequel to the locomotives remains at Oamaru.

After our tour left Oamaru, we went to Ashburton, where the Plains Railway is.

There is a locomotive, which is in the photos called K 88, it was built by Rogers of New Jersey USA in 1877, and put into service with the New Zealand Railways.

It was written off in 1928, and dumped into a river, it was recovered 50 years later, and totally restored to full working order. It was fitted with a new boiler and cab and other parts had to be remade.

It has since been allowed back on the mainline. 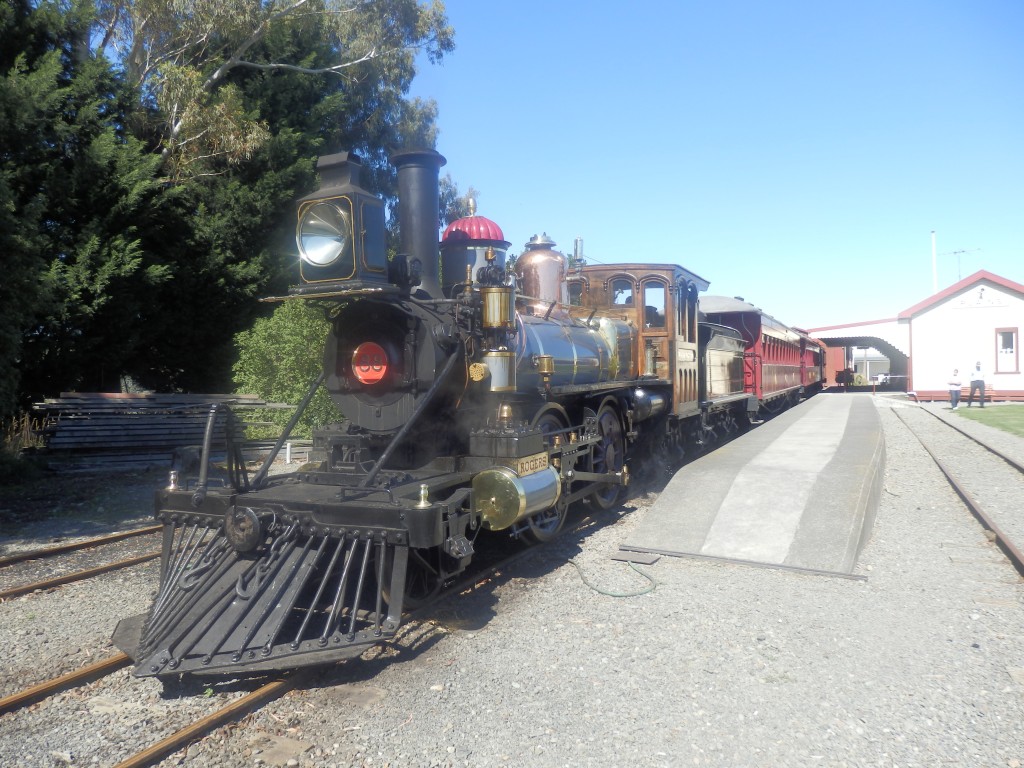 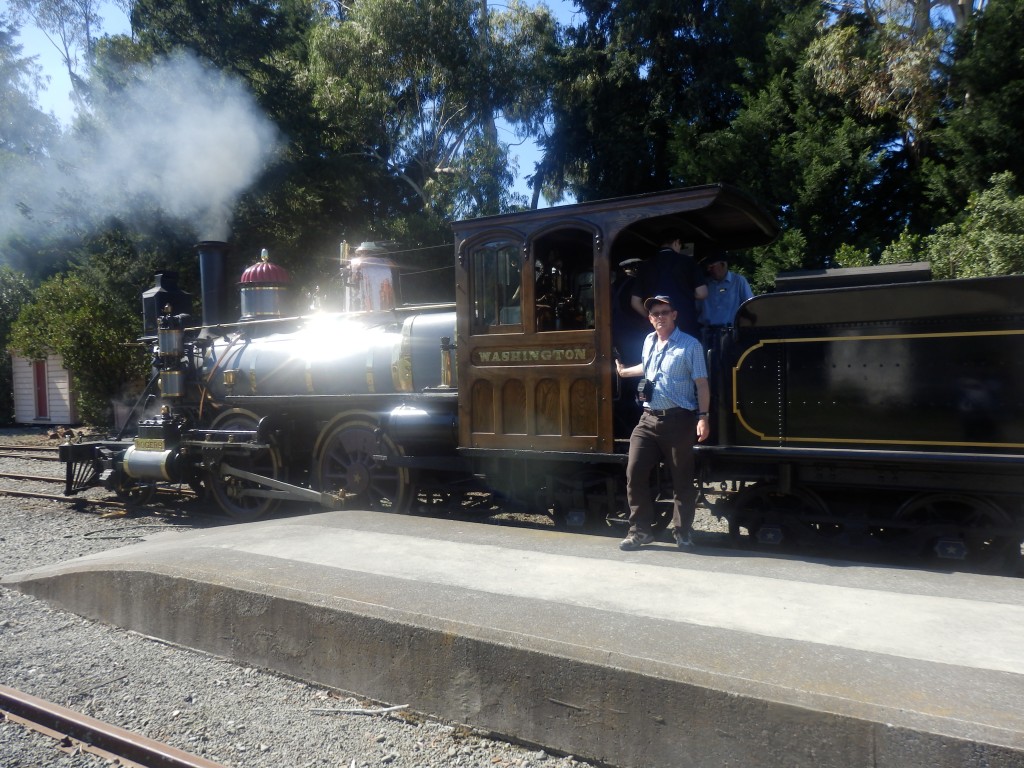 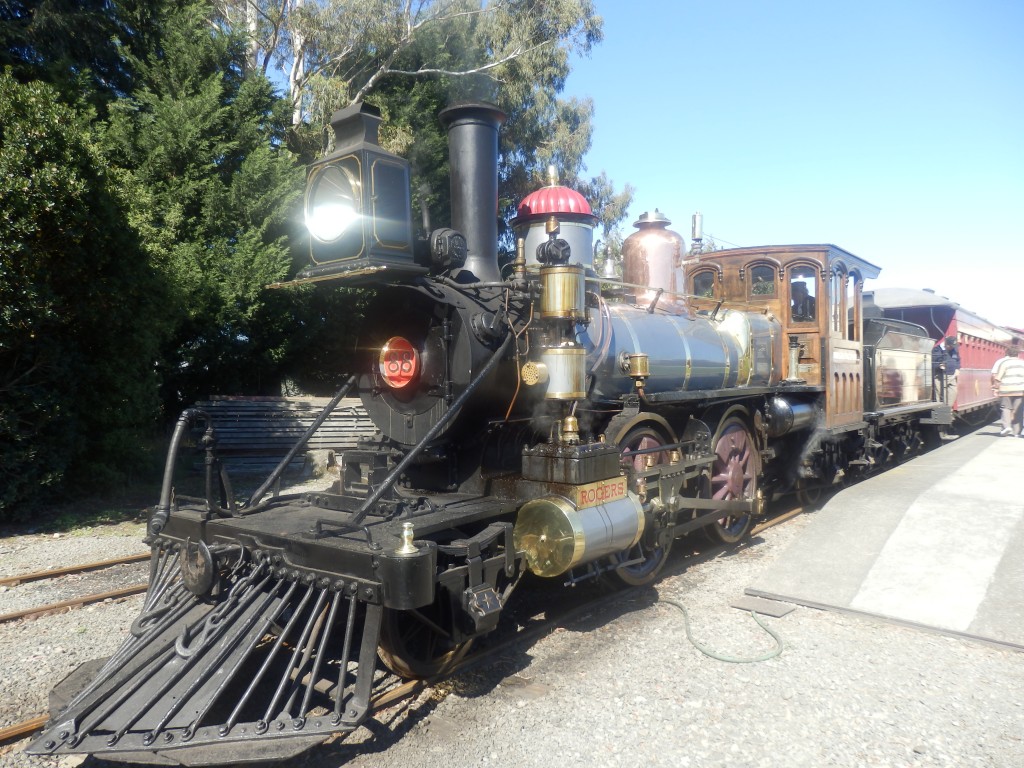 “Hi Al , just bought a new re tooled Heljan class 33 Loco , very nice looker and runner also showing a run round with the cam truck and a full view of the layout and scenics

Big thanks to Dave (again!) and Paul – superb pics.