This article is the next following after my “how to build your own under layout switch machines”, and is about the construction of the layout control panel.

First, I got more 6mm or ¼” Lexan® plastic sheet to use as the board. I chose this because it can easily be drilled, sawn, and won’t contribute to short circuits like anything aluminum would. I laid out my track plan in schematic form, and tried to follow the “protocols” of the real railroad interlocking plant boards I have seen and worked on.

You may remember, I was a signal maintainer on a USA East Coast railroad, now part of CSX. Schematic picture below left, then had to figure how to print it in reverse, below right.

(All images are clickable.)

I next got my plastic and some drafting chart tape and laid out the reverse schematic on the bare clear sheet, it’s white below because I put paper under it so I could see the tape!

The yards, sidings and storage tracks are ½ size of the mainlines. I worked out the hole size for the Light Emitting Diodes (LED’s) on a scrap sheet of plastic. To make sure all the LED’s and switches were uniformly spaced, I made a template for marking the hole spacing.

Once everything was marked, I drilled the clear plastic with the tape reversed schematic applied. I then spray painted the back side of the panel white.
A note or 2 on the wiring. Remember, the lamps are LED’s – So they will only light up when the polarity is correct, they ignore reversed polarity because of the “D” or the diode in their name.

Also note that my switch machines run on 5v DC, and reverse when the polarity is reversed. 5 volts is too high for LED’s which take 2.5 to 3 depending on the color. I soldered a resistor to the cathode side of the LED’s (the slightly longer lead) so I could keep track of where to connect the + and – sides of the LED.

The schematic shows the DPDT switch connecting the power to the upper contacts, so in this case the green LED is lit. I also put heat shrink tubing over the resistor to reduce the chance of a short circuit behind the control panel. Note the wires to the switch machines are “hot” all the time, and their polarity changes when the switch is moved to the other position. This will allow me to connect LED signals to the switch machine wires at the location for their power.

The wired and tested panel is above. The bigger blocks on the back side are terminal blocks to attach wiring from the actual layout. Green lights will mean the turnout (track switch, or for you UK folks points) are lined for straight through, the divergent route is red. This is consistent with actual switch stand flags and lights on real railroads. Below is the panel ready to mount to my layout board, and for wiring into the devices on it. 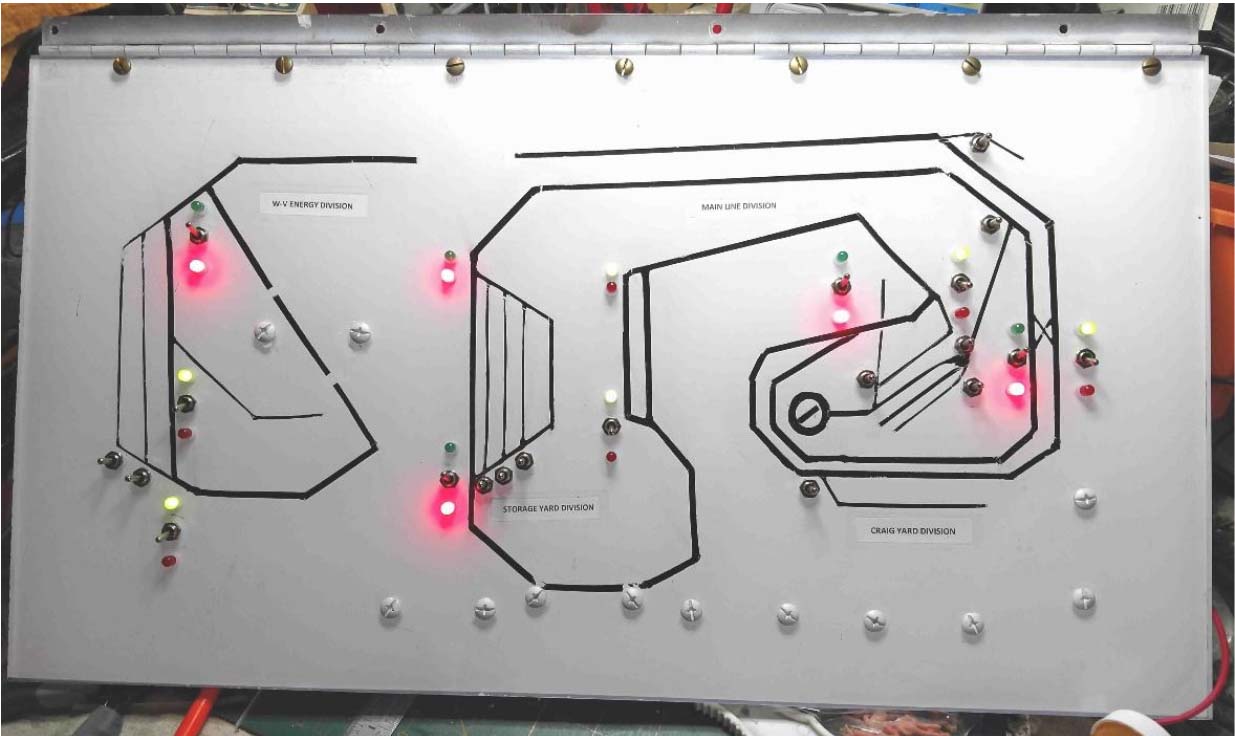 The green LED’s look almost white in the photo but are indeed green. Also note that not all of the control switches have LED’s, those without are momentary – center-off switches to control Atlas® type switch machines. I may add a relay and a LED to indicate when these “un-signaled” tracks are lined for trains to come in or go out, but that will be much later.

Next step is to mount the panel and begin wiring the layout. I’ll also start the third side of the layout, mountains and mines above storage for trains and cars underneath. I’ve decided to wire everything plain DC until I can scrape up the $$$ for DCC, once I have the Rail-Pro system in hand, the change-over should be pretty simple.

“I enjoy your posts very much.

I have a small bedroom for my new layout. I am combining HO and N to try and and get some degree of depth. The steamer in the front is HO and the coal train is N. Some will say ‘not prototipical’, but I’m having a ball. 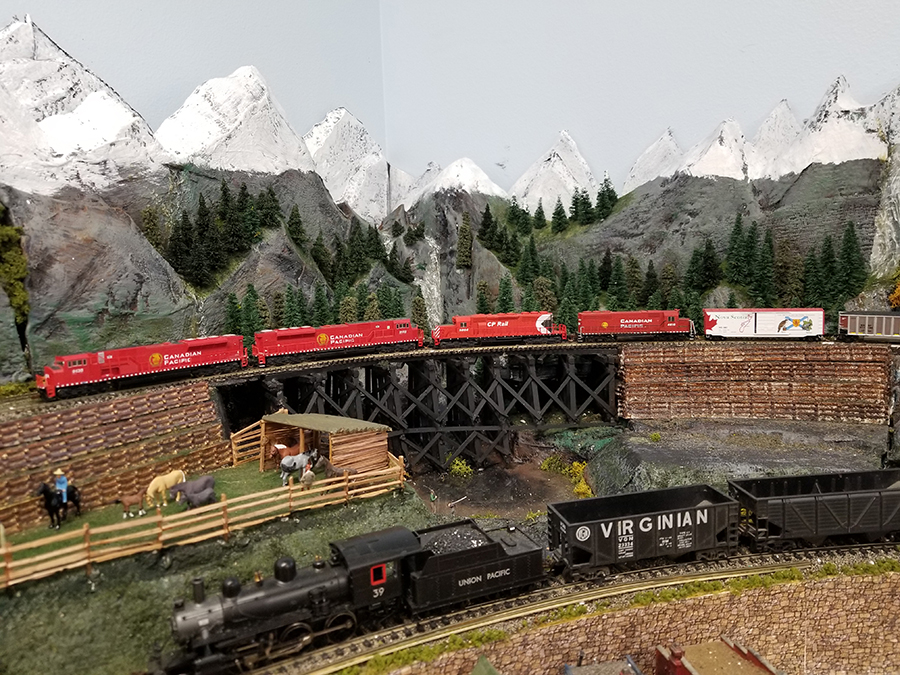 I made these planters on ether side of the door by wrapping pipe cleaners around a sharpened pencil and then pressing them into the desired shape. Then I paint then with inexpensive acrylic green and glue them into the planters .

The planters are BEADS from the craft store..then I glue them to my structures ,or where needed om my layout You can make dozens of these for next to nothing… 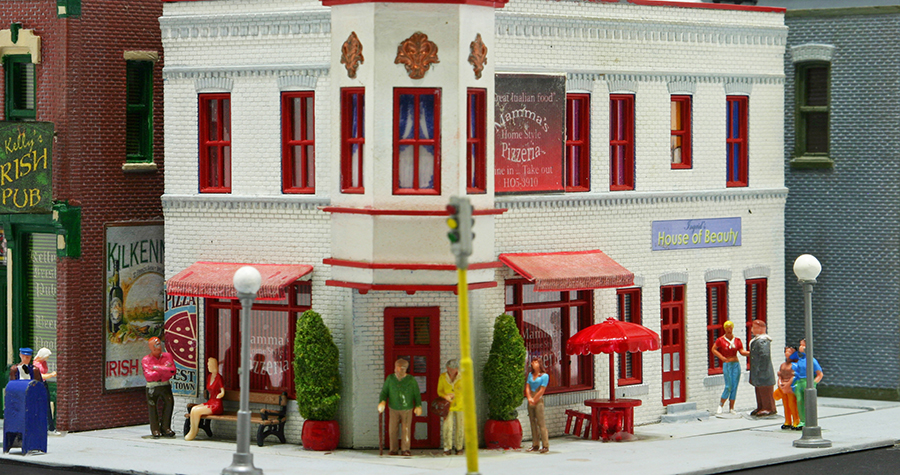 A huge thank John, the other John and Andy for putting this together.

That’s all for today because I’m in a screaming hurry again.

Please do keep ’em coming – and don’t forget the Beginner’s Guide is here if you want to join in on the fun.