I regularly find myself glued to yours and others posts, I find the entire world of steam railways fascinating.

A year or so ago I decided to start an N gauge project as I used to have one as a young boy.

I still feel guilty to this day about trying to make that track work better by trying to take it apart as an 11 year old. Boy was I wrong!

Anyway, I wanted to share some progress of the build to see what people might suggest as I’m going to tackle a OO gauge 1st (easier to model).

I bought a job lot of trains, Track and the odd building from eBay at a bargain price and as soon as I got it through the post at work I opened it up.

I started to play around with the idea of a single rail double loop that half of which would hide under a hillside.

Instead I decided to go for a side by side in the style of my old train set, *see previous email* I preferred this with the prospect of the trains passing each other, luckily in the box of track it allowed me to create exactly what you see.. Well plus a couple of the original points from my youth set!!

As for the layout, it’s going to be based on the Pennines as is such a beautiful old world place. I’m from Lincolnshire and it’s far too flat for my likings.

My wife is from waterfoot in rossenddale Lancashire, where they still run a Steam railway. It’s beautiful!

So from left to right on the picture, small village on top of the tunnel, road leading down into a hamlet, in front of that is a fishing/ boating lake with a campsite beside it.

I wanted the river leading from it to flow to the front where you could see an “under bridge scene”.

The control board is wired to control a simultaneous change where needed to save the head game.. I first made the mistake of not having a discharge unit in the switch circuit. It was a nightmare! Wiring is not for me!

Well I hope this is enough info for people to see my vision, I hope that I one day get time to finish it but 5 young kids keep me busy and tired! 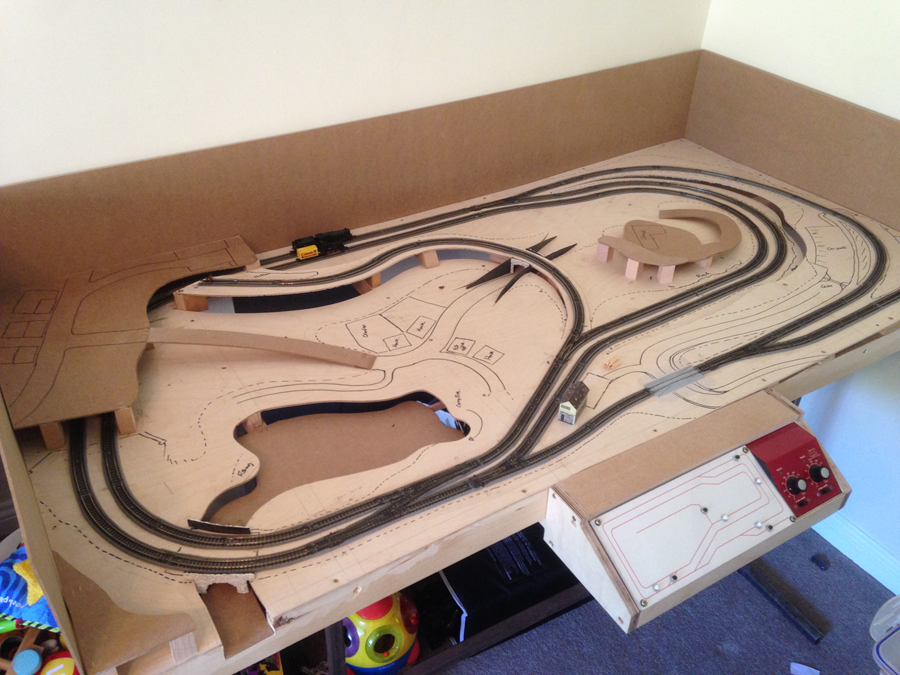 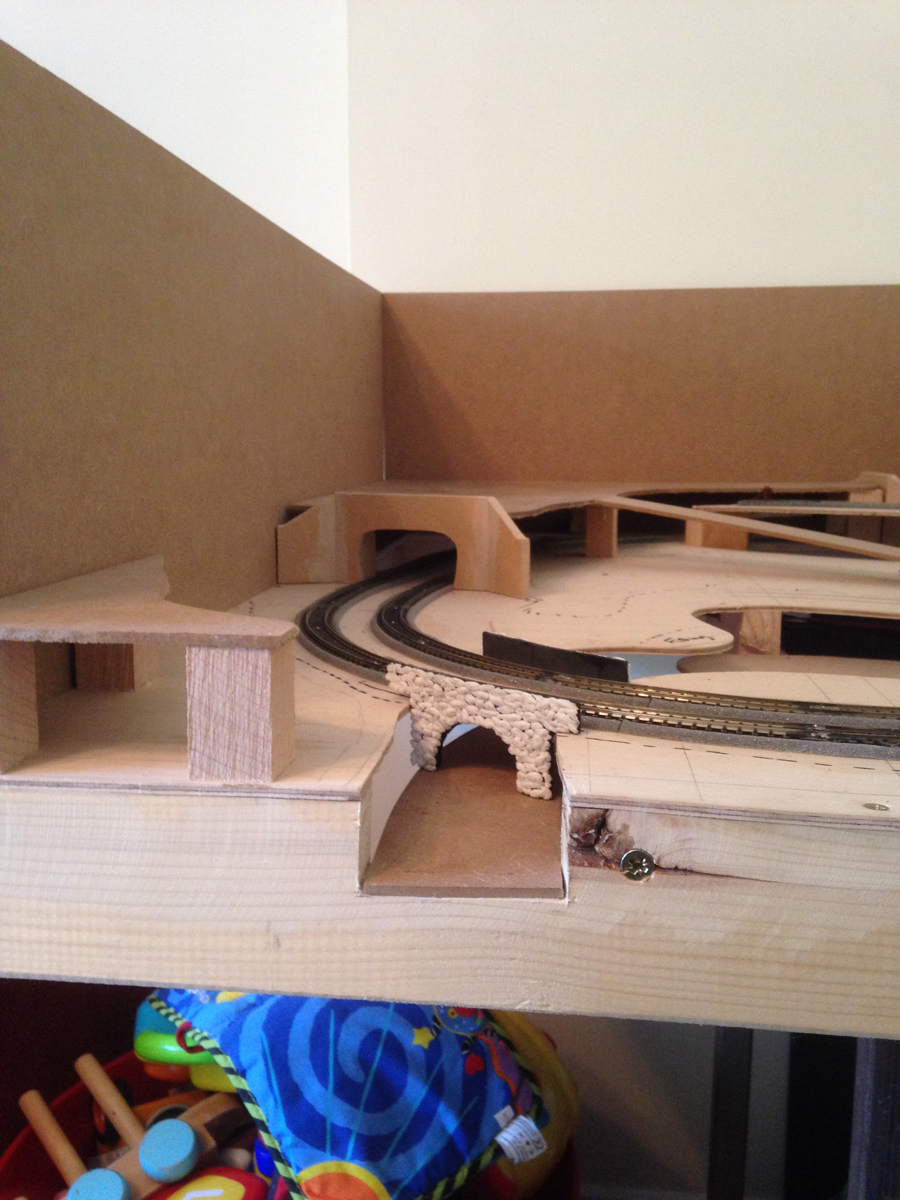 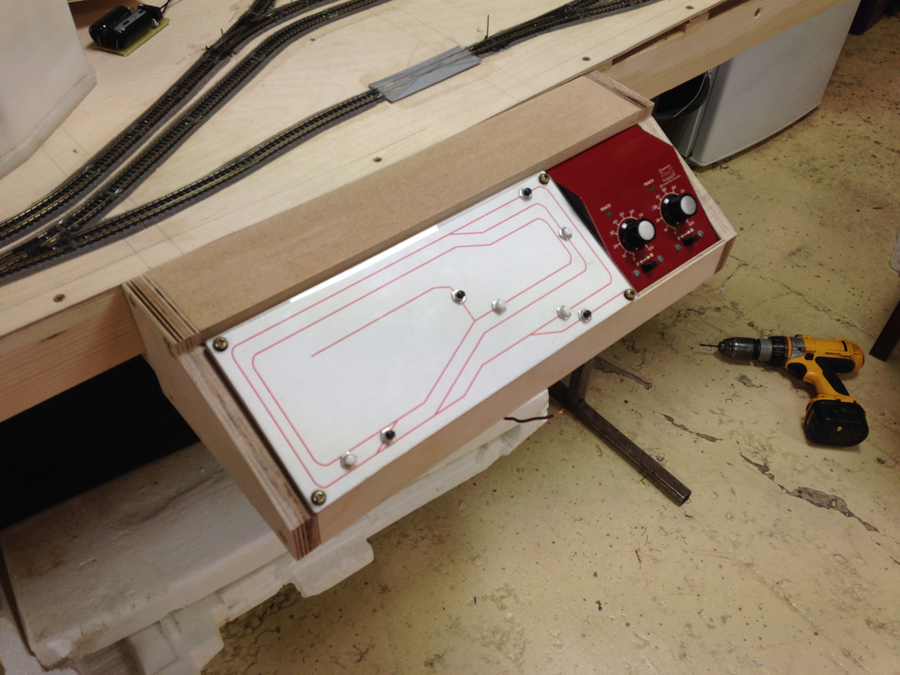 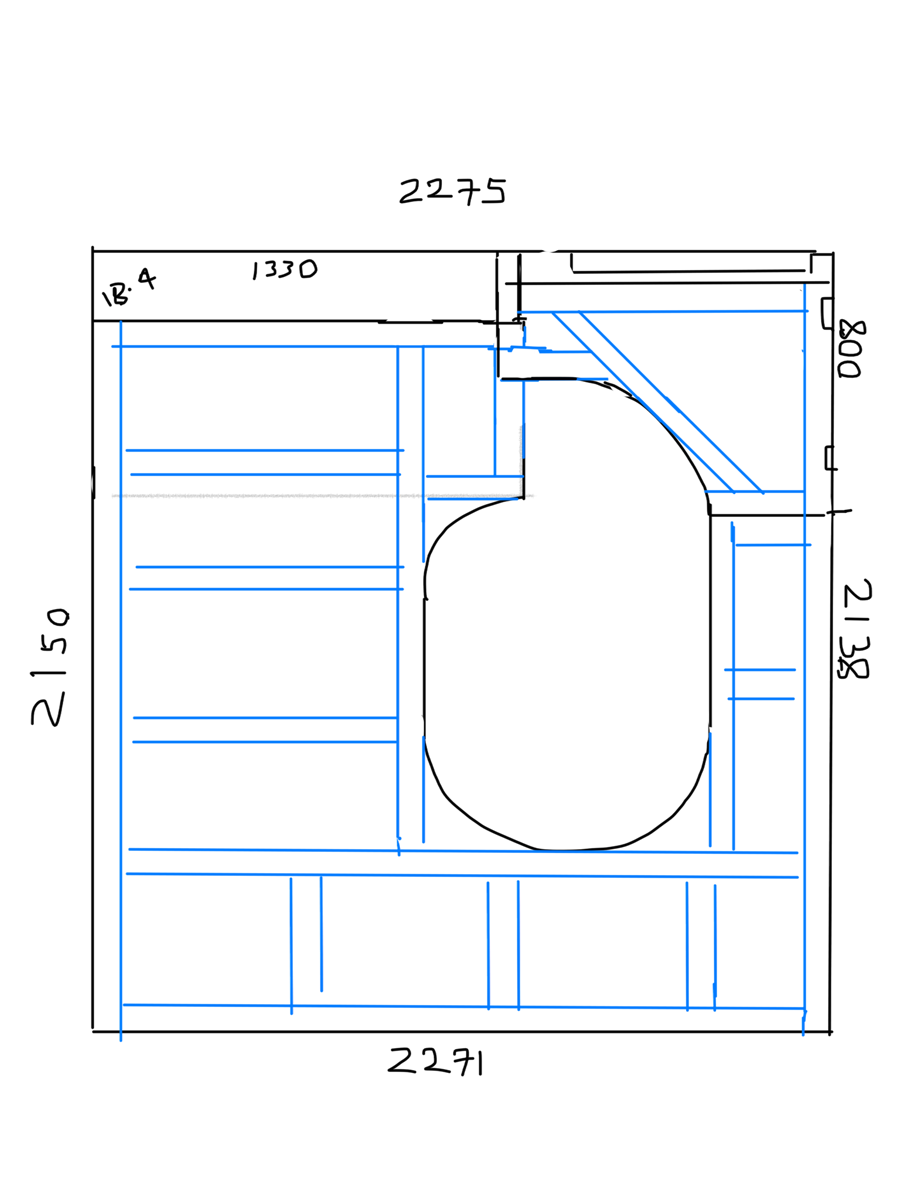 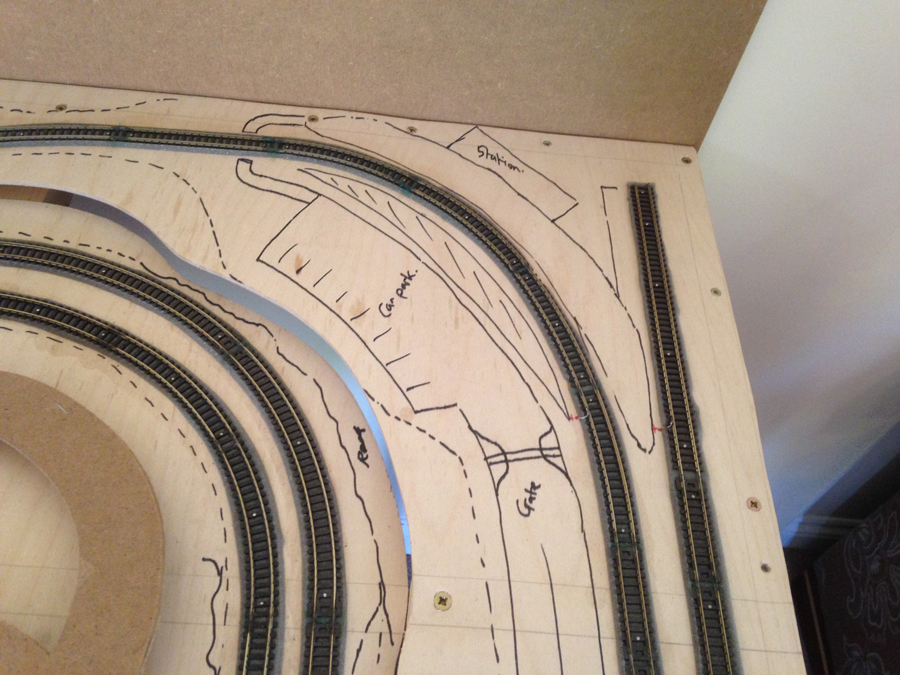 Just thought I’d drop you a line with a few pic’s, I retired last Christmas (aged 61) and was given permission from my wife to commondeer the small bedroom in the house for my layout, I’m 12 month’s in now and have just finished the baseboard framework, there’s plans for a small higher level later on.

It covers just short of 50 square feet so it should be quite a nice layout as I’m modeling in “Z” gauge…… hope my eye’s hold up!

Thanks to you and all the modelers for sending in their pic’s & videos…… keep em coming guys.
The roof light is one single LED by the way, very bright. 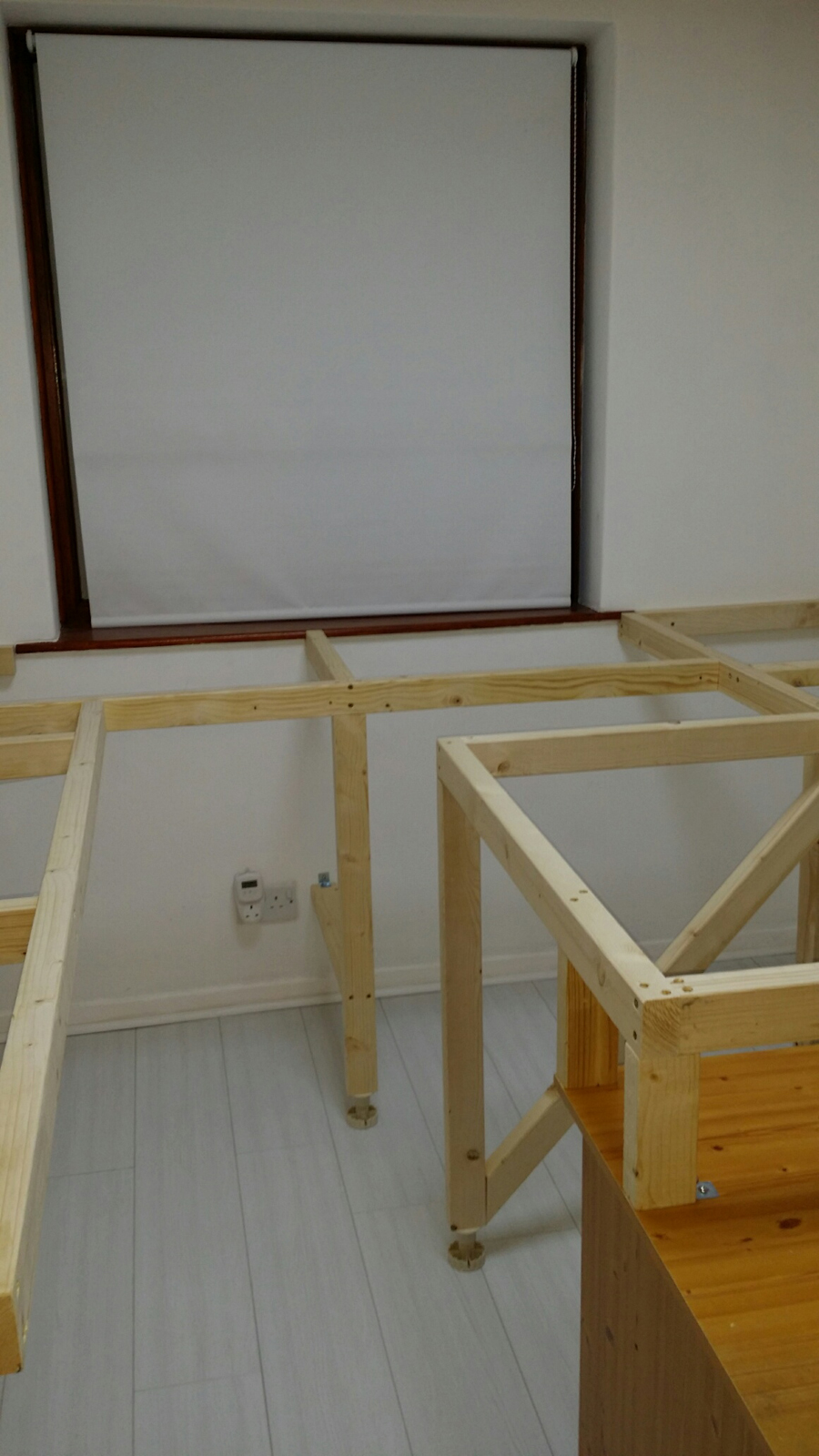 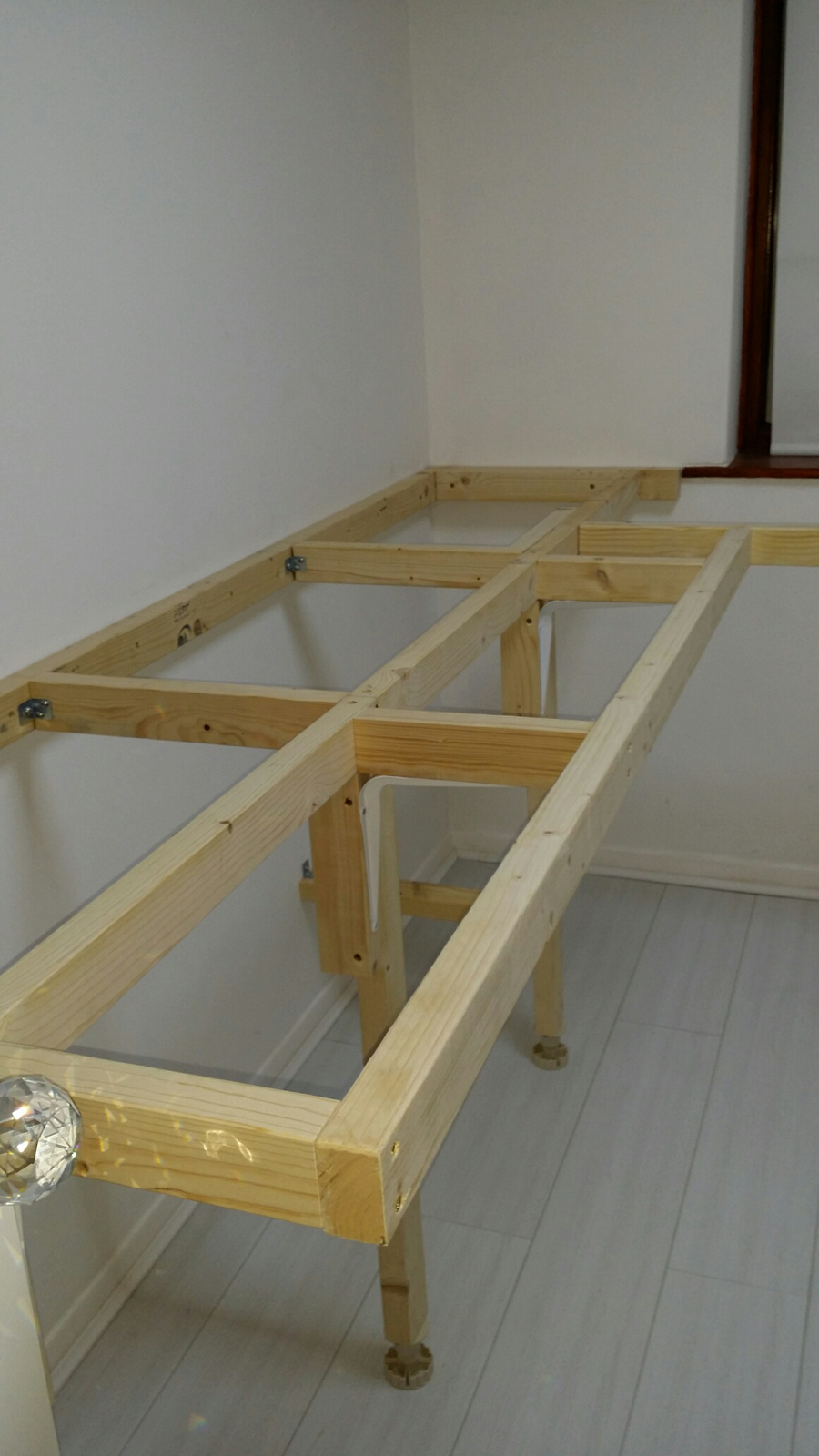 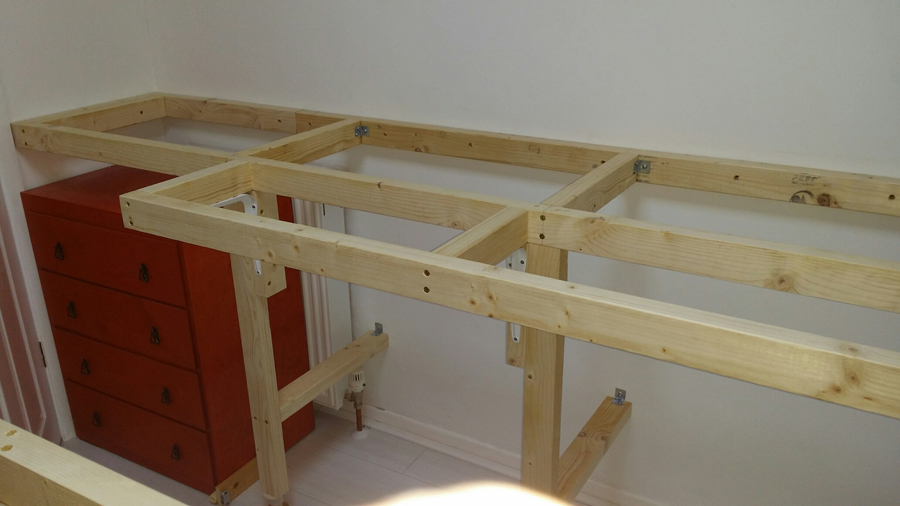 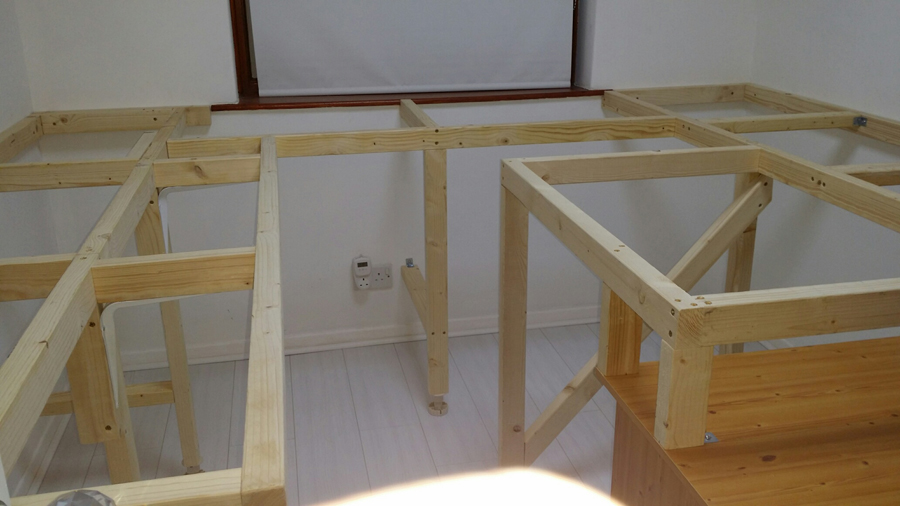 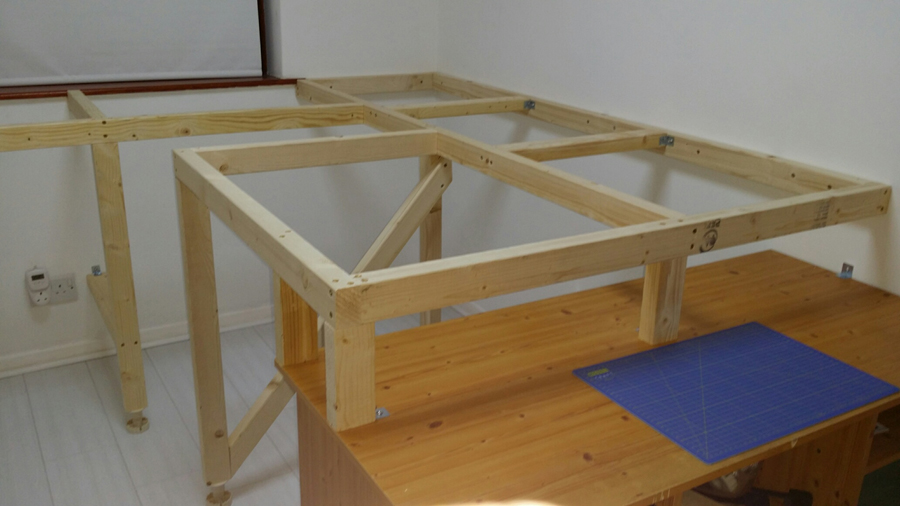 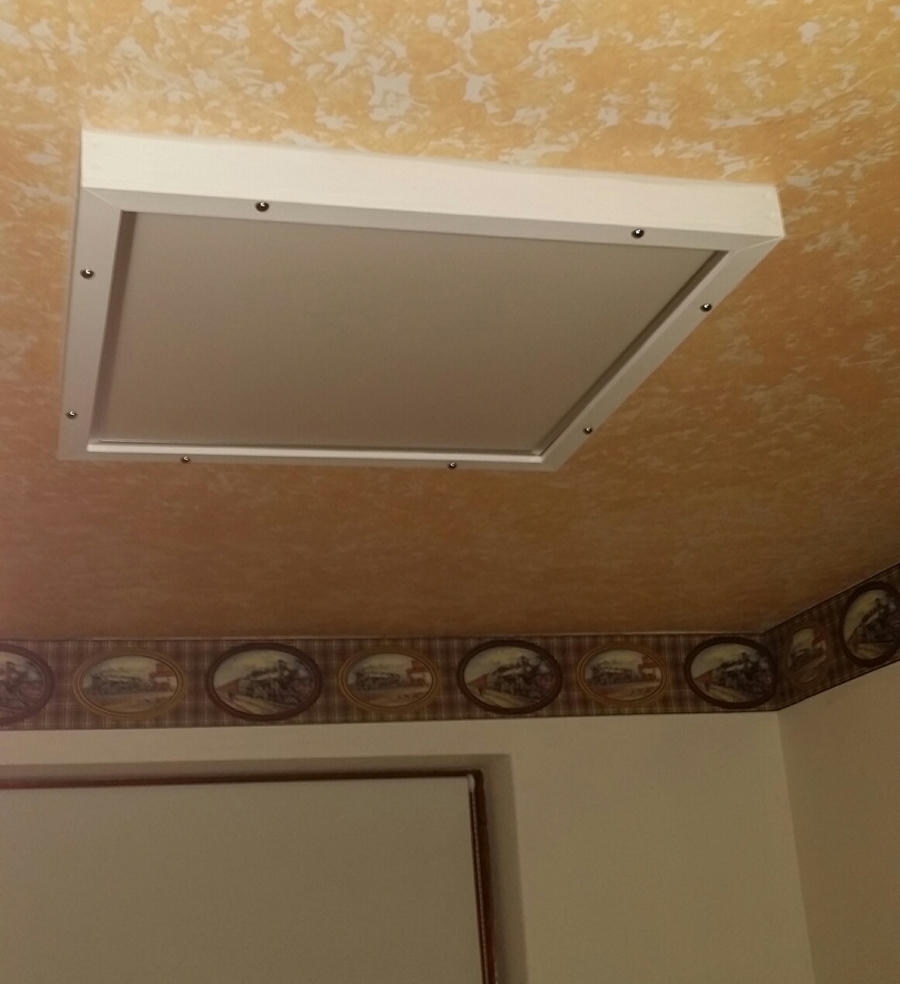 A big thanks to Keith and Ed. It just goes to show how a little planning can go a long way. Having a bench to work on properly and get the most from your space, may not be the most exciting part of your layout – but it’s a sound investment in the long run.

Mind you – you don’t have to have build a bench. Remember John’s ironing board layout?

Don’t forget a simple way to plan your layout is with the Beginner’s Guide.