Gary’s HO scale is the gift that keeps giving.

His last post is here. This time though, he talks us through how he ‘sourced’ a loco he couldn’t find:

“Hi Alastair: This is my 4th time writing to you and your model railroad members about my Sunnyside Yard project in HO scale.

My project is a layout capturing the basic look of Sunnyside Yards in the late 1960’s and early 1970’s.

At that time, the most famous locomotive of the Pennsylvania Railroad was and probably still is the GG-1.

But there was another lesser known yard engine used in Sunnyside Yards to make up the passenger trains. That engine was a PRR Class B1 electric yard engine (see picture 1).

There were 42 built and mostly used in Sunnyside but also used in Philadelphia 30th Street Station and Harrisburg Station.

After the B1s were retired sometime in the 1970’s, all B1s were scrapped except for a single example preserved at the Railroad Museum of Pennsylvania.

It wasn’t a very big engine and had the nickname “The RAT” as it was called by the yard crews because of the way it shuffled around yard. 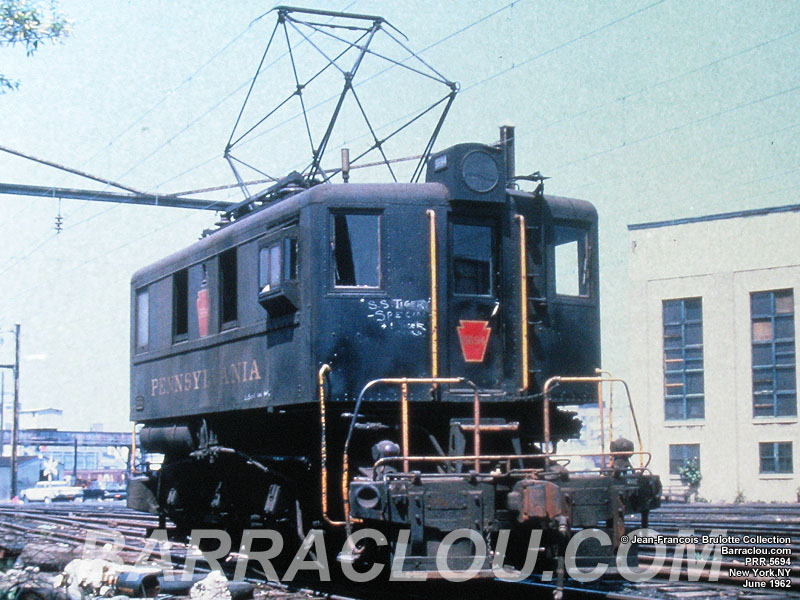 When I started my project back in January, I knew that besides the GG1s and S2 diesel locomotives, I wanted to have a Class B1 engine on my layout.

They were made in O scale, but none were ever made in HO scale except for a brass model made by ALCo Models (see picture 2). The cheapest price I have seen was $250.00 BUT I did not want to use a brass model in my layout. 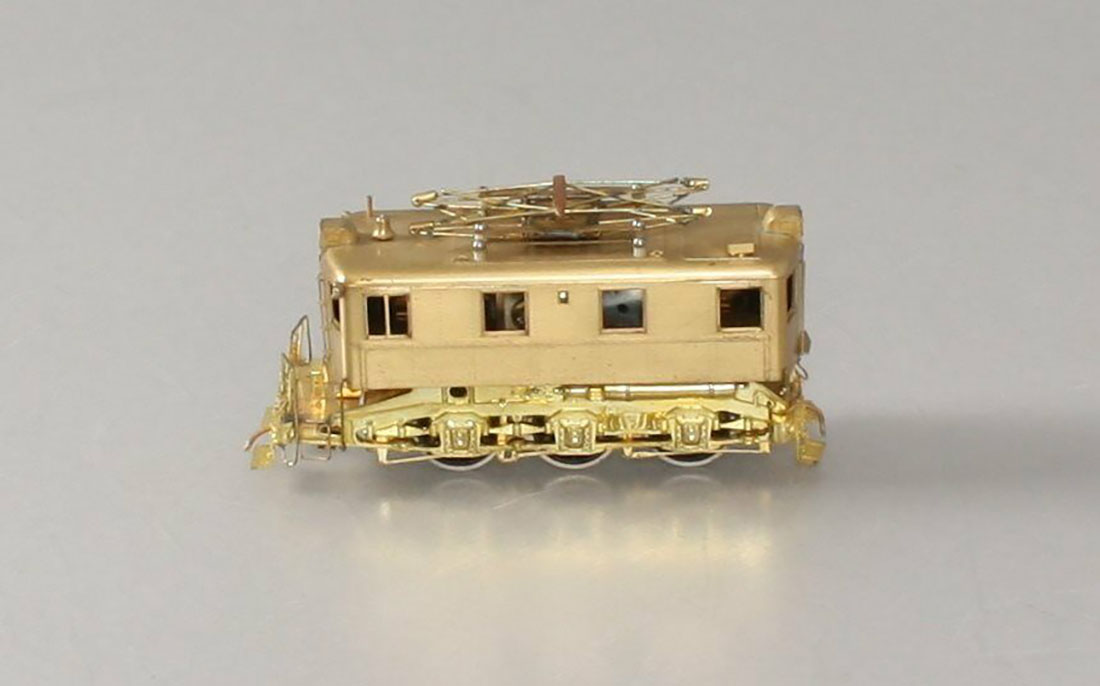 For me, the Class B1 was an important piece for my layout; I had worked many midnight shifts at Sunnyside Yards with that engine.

I did not know what I would do because I could not find one in HO scale. So I decided to start with my layout which I have been working on for the past two and a half years and still working on and every chance I had, I would always do a search for the engine when I used my computer but never found one.

Not UNTIL early March of this year when I came across a company called Shapeways. Shapeways does 3D printing for your product and also will advertise it and sell it; that’s how I found it.

There was a person who had the brass model of the Class B1 and Shapeways produced a HO scale version for $50.00 and an N scale version of the engine for $20.00.

BUT, as you can see in picture 3, all they provide is the cab, roof, chassis sides and bumpers and it only comes in white plastic. You have to build the model yourself, see picture 3. 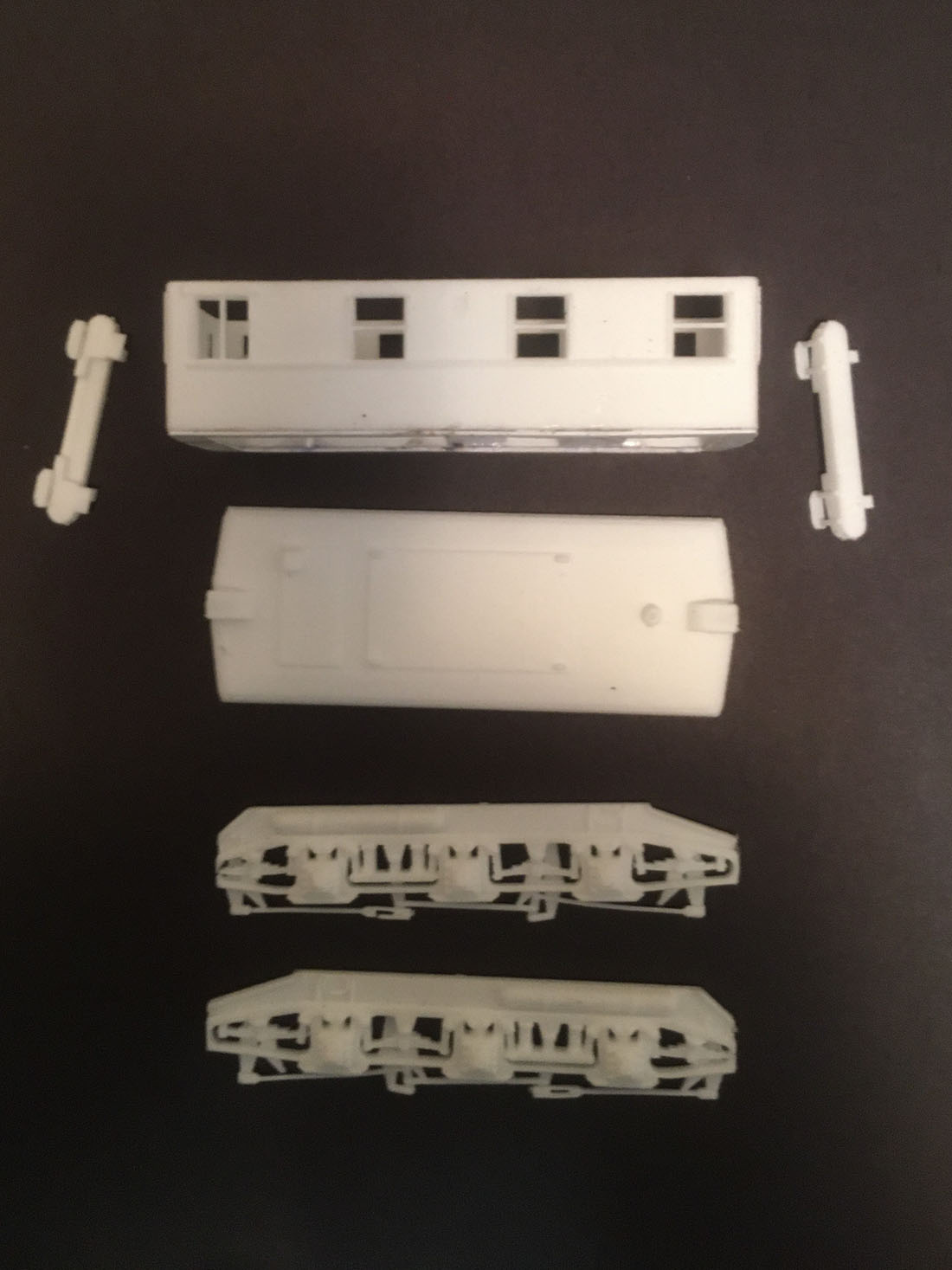 So in order for me to get a Class B1 for my layout I would have find the parts I would need to complete the building of the engine.

I had always thought that a caboose had a very similar cab as the B1 except for the windows and roof and as it turned out the chassis of an HO scale Pennsylvania caboose was the perfect size. So I bought 2 used Pennsy cabooses on ebay and started to cannibalize them for parts.

I also had part of a Bachmann GG1 engine that needs parts to run BUT what was important was that it already had the electrical pickups for the lights. I decided to use it even though it would not run and later on I could order the parts from Bachmann and see if I could get the engine to run. (See picture 4). 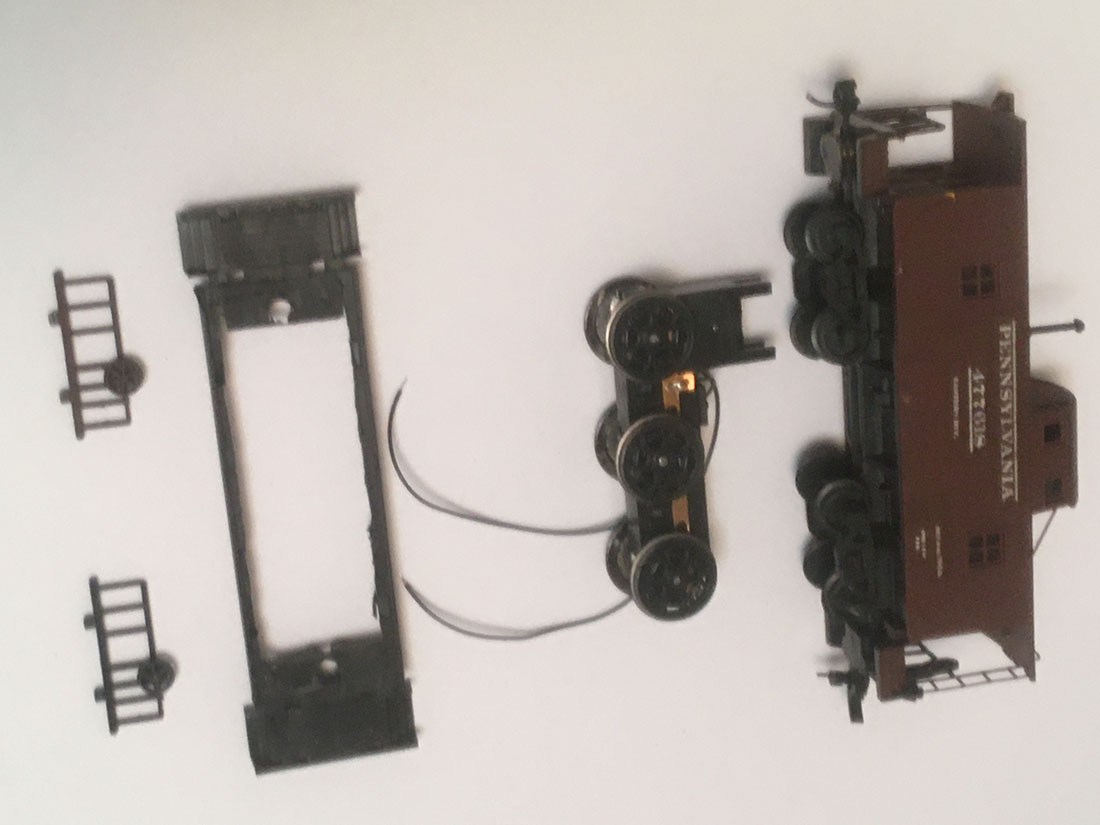 So I started putting all this together. I first had to hollow out the chassis of the caboose so that the engine could fit in.

I then had to add some plastic strips to the chassis so that I could support and attach the engine. I attached the front and rear bumpers. I then attached the sides of the chassis that contained the journal boxes (see picture 5). 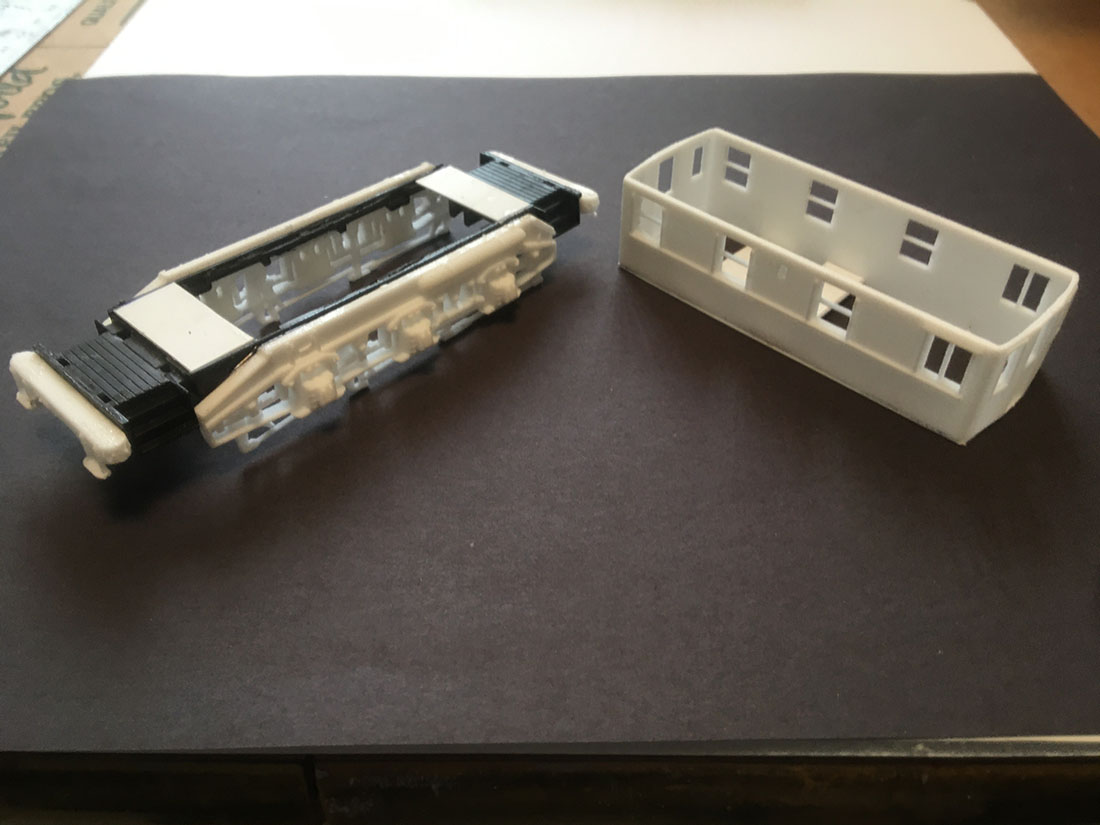 My next step was to paint the chassis and the cab and the roof. (See pictures 6). 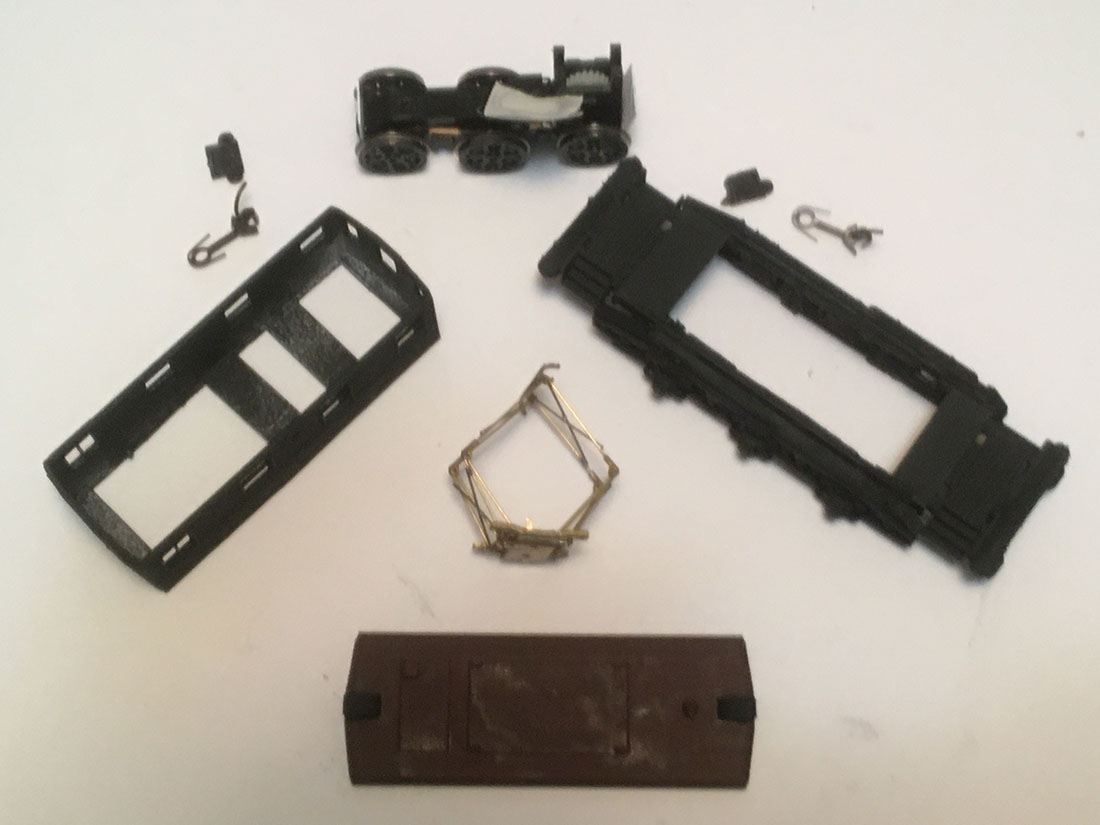 Once the painting was done I had to apply the decays to the cab, wire the LEDs on the roof, install the couplers and scratch build and install the running boards. I also had to measure, cut and paint pieces of wire that I was going to use as grab irons (see picture 7). 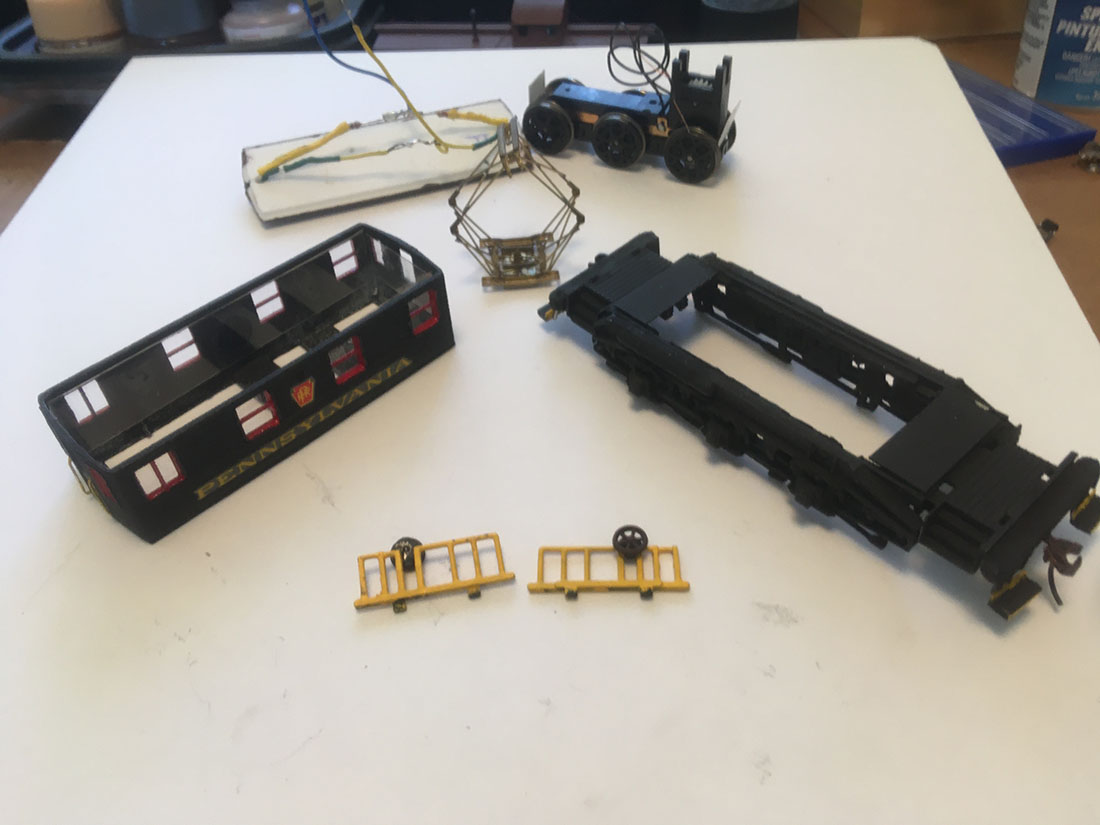 When that was complete what was left was testing the LEDs and assembling the B1. Picture 8 is the finished model. 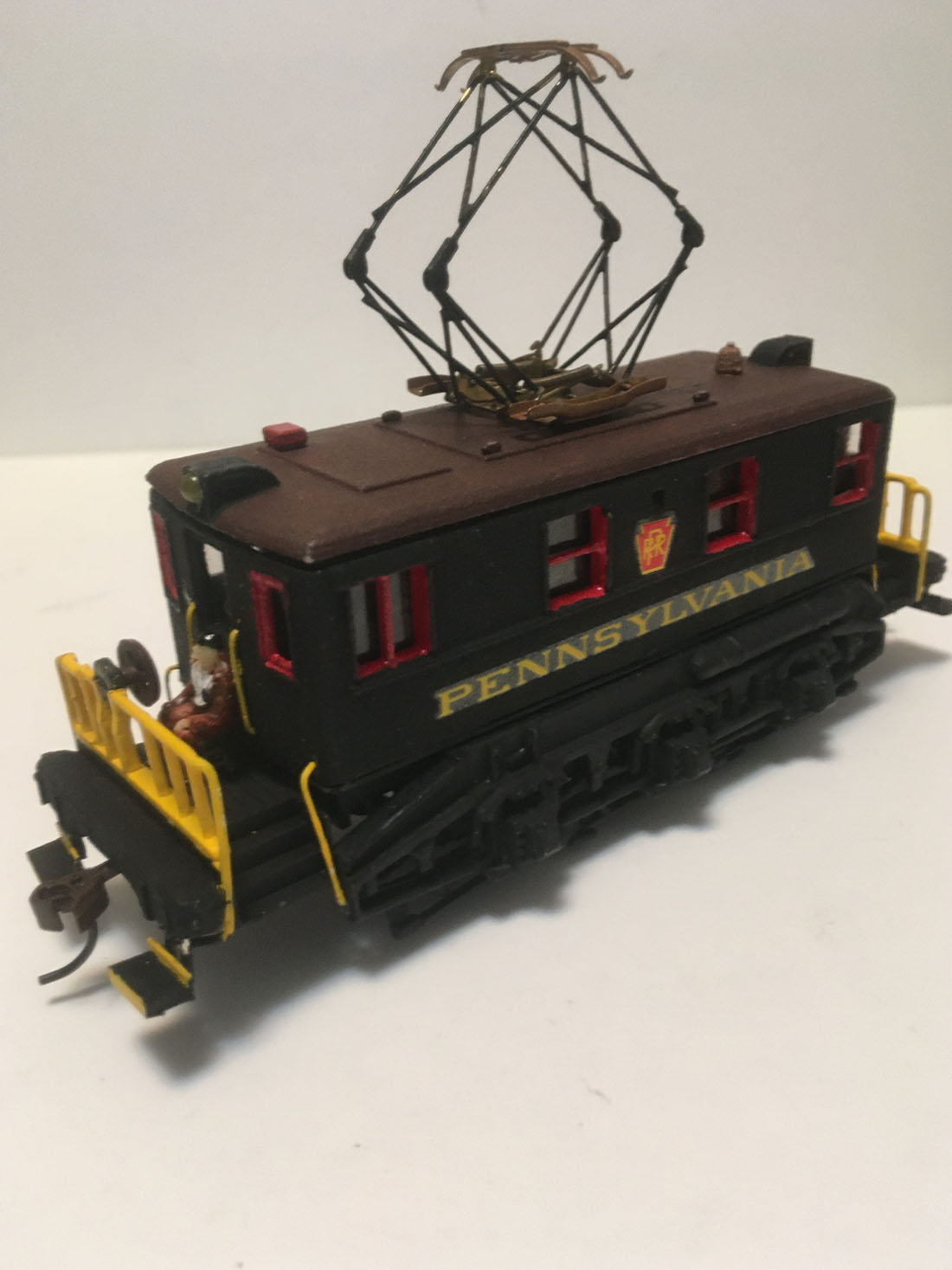 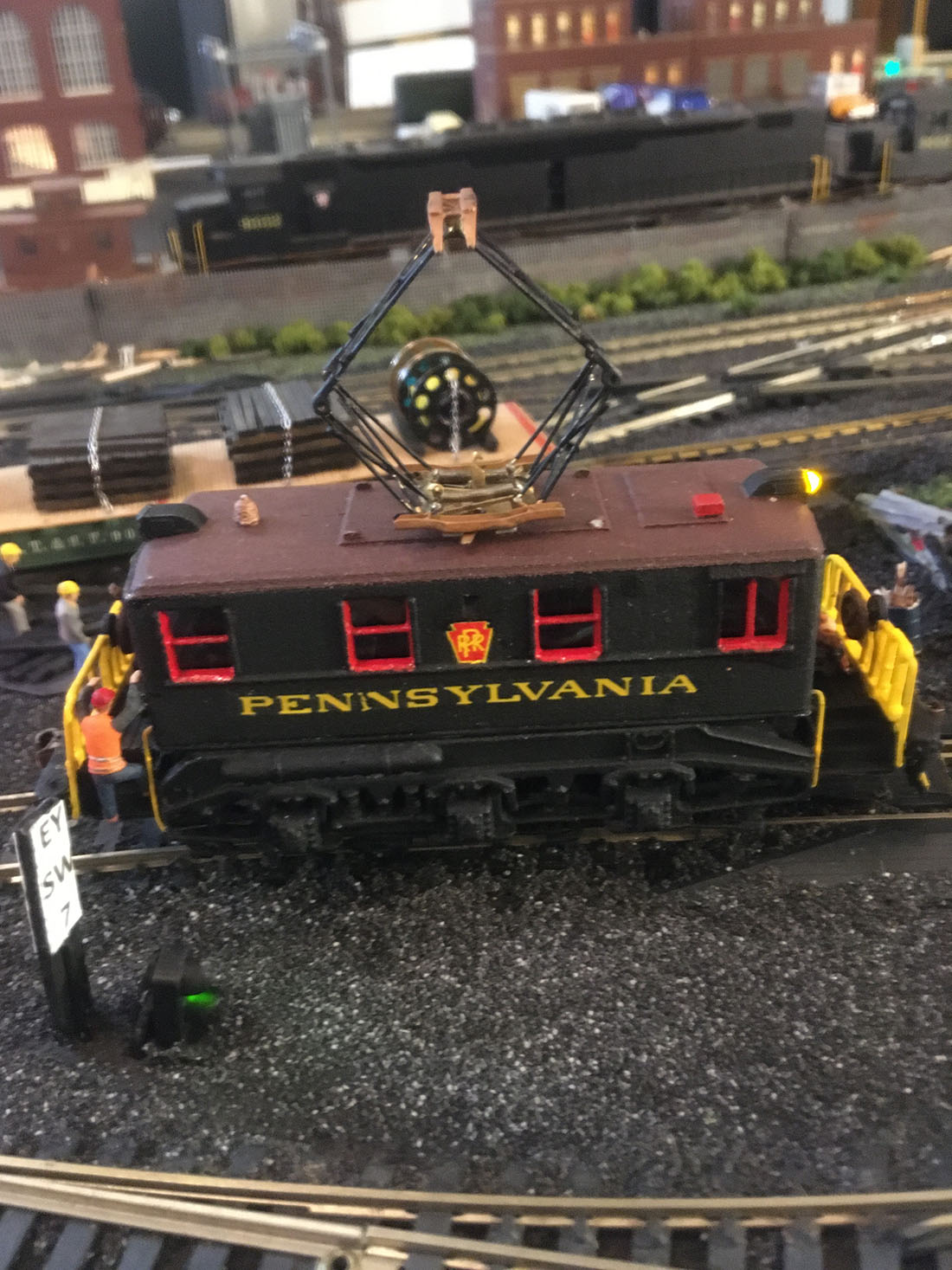 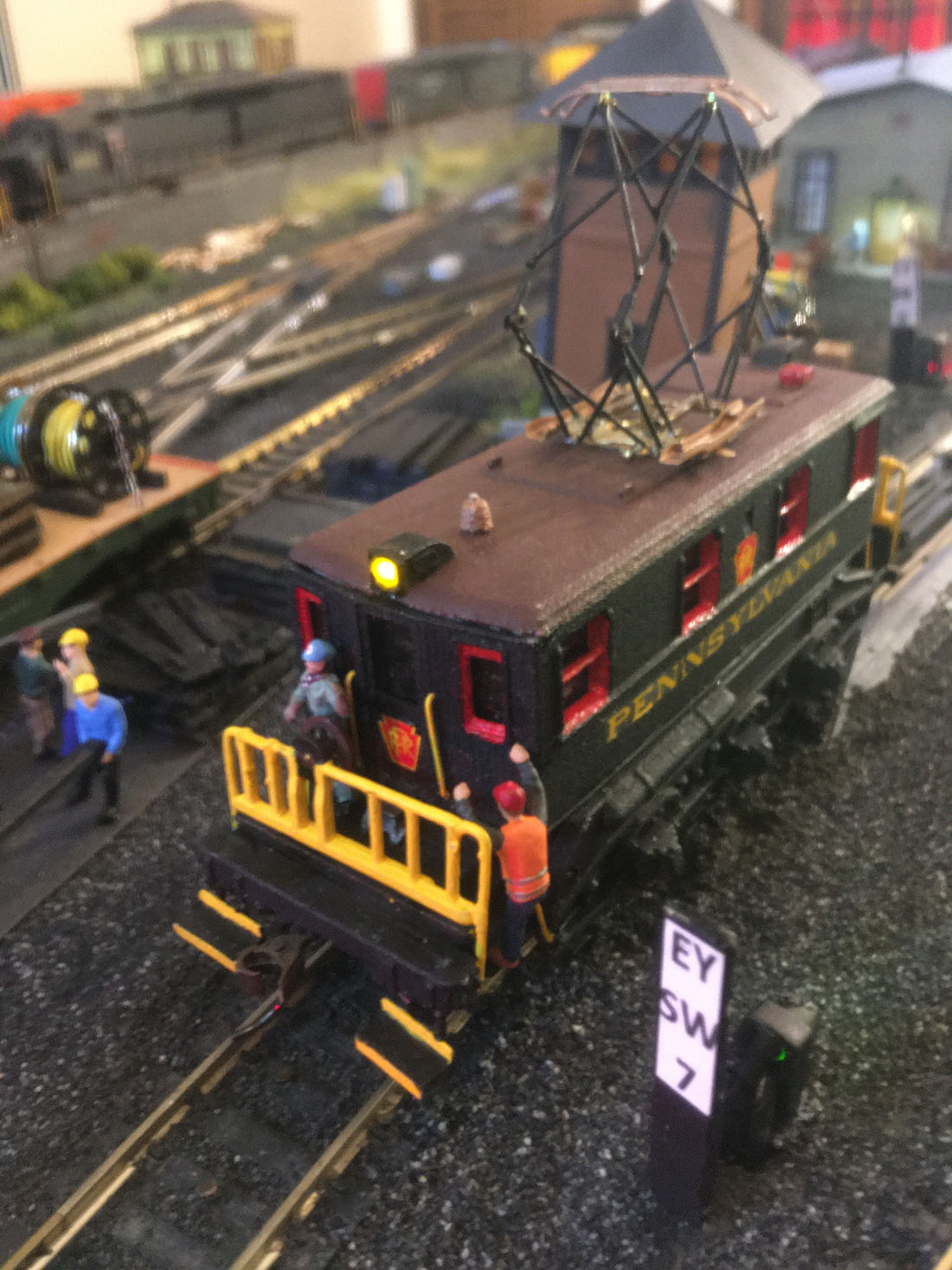 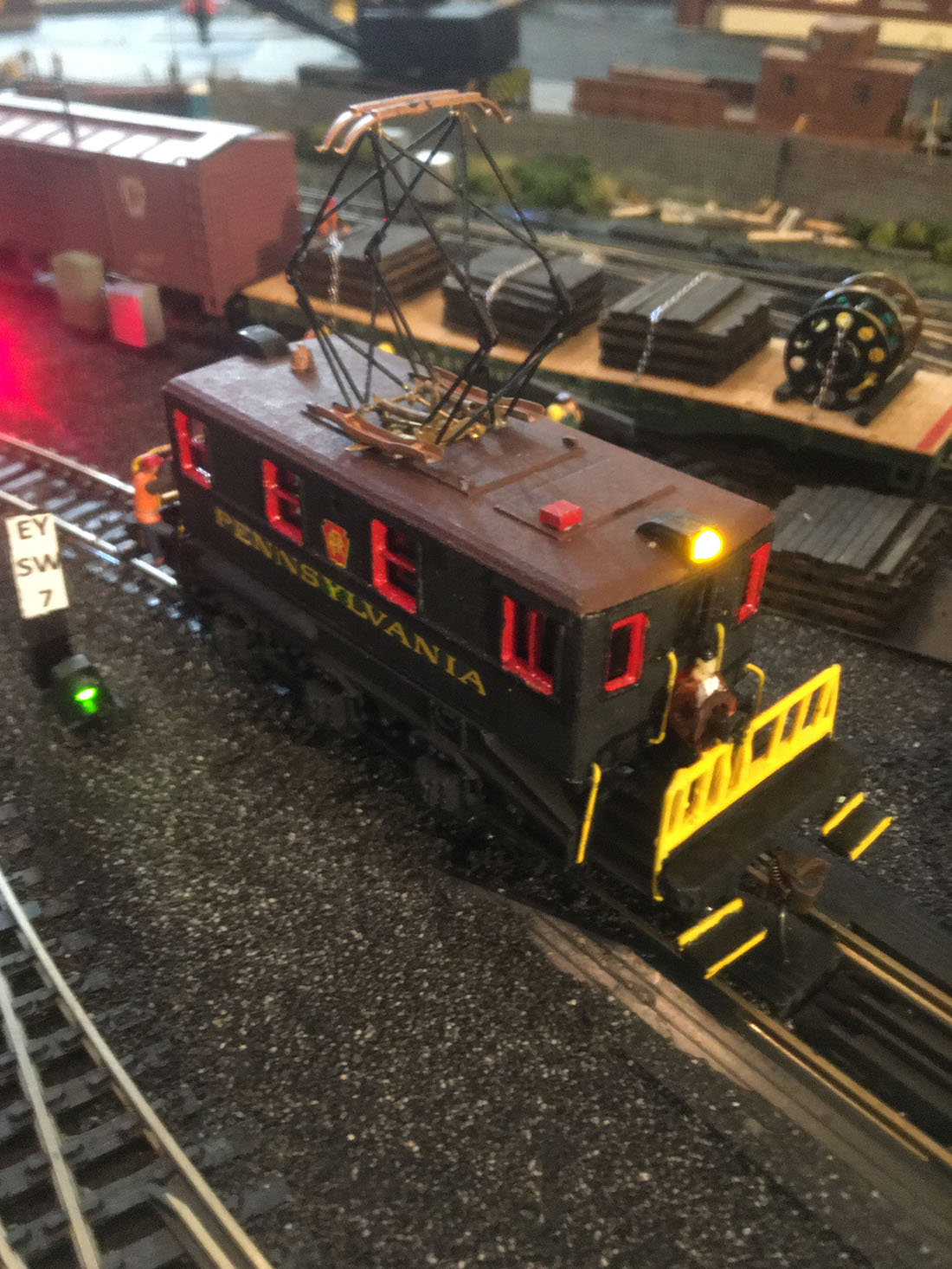 I hope you enjoyed this. I am very surprised and pleased with the way it turned out.

Now it is back to finishing up the Commissary Yard and fixing some tracks that are causing derailments.

I want to thank Al and all the modelers that have sent in their pictures, videos, ideas and scratch built projects that have helped me with my project.

I also hope that all of you are safe through the pandemic that we are going through. For now stay apart and stay safe.

A huge thanks to Gary – he has done a wonderful job of documenting his layout right from the very start. And I loved this post – clever stuff indeed.

And if you want to make that start – just like Gary and all the others did – the Beginner’s Guide is here.