Jack’s been in touch again (his last post is here).

In my last post I was working on my backdrop. I finally finished it.

Since the one side is 8’ long I had a lot of space to fill. I made hills to cover the roads as they curved off into the distance. I toyed with adding a golf course and cut tee boxes, fairways and greens from green paper, but didn’t like it. I then decided on fields.

I had already applied green turf, so I masked off the fields and covered with earth turf. Using a straightedge and small screwdriver I etched lines to represent rows, which exposed some of the green beneath. I sprayed the area with scenic cement to set it.

I added a building and trees, larger in the foreground and getting smaller towards the background. Attached are photos of the work in progress and a video of the finished product.

I also added a switch at the right front and one in the tunnel for future expansion. 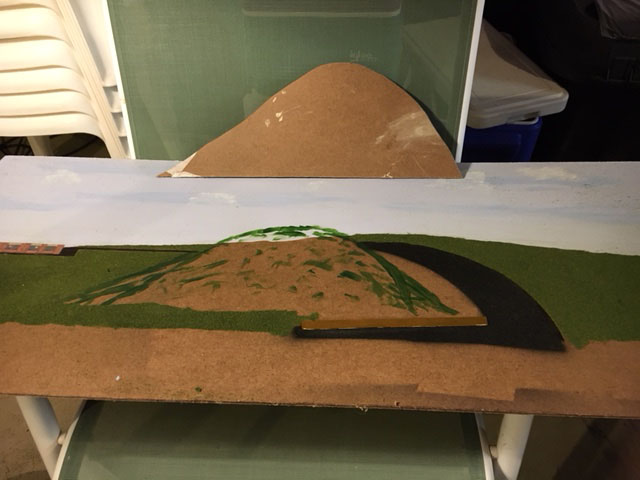 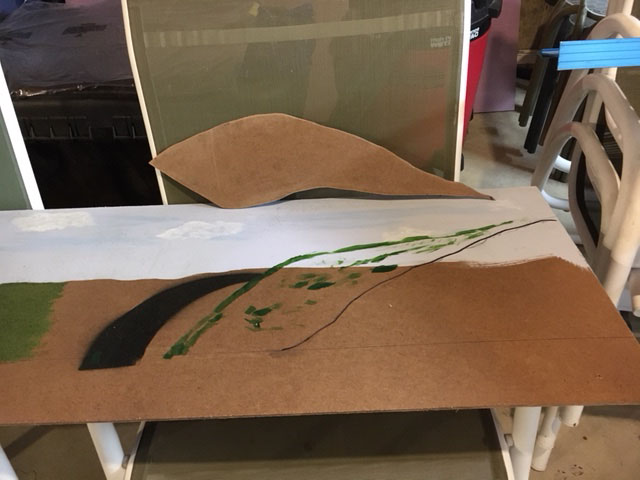 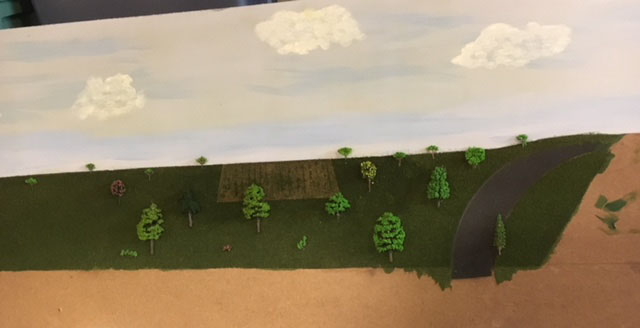 And now to John who has been in touch again, with an update on his stunning bridge (his last post is here).

The bridge module is ready for scenery, trees, dirt and water. Bridges came out pretty good so far, I’ll be going back for “super-detailing” like power lines, safety platforms, tunnel liners, and signals for the tunnels.

Probably not going to be able to get back to this for a while, as I’m traveling again starting tomorrow, and am teaching some Transit people how to troubleshoot a new train-control system. 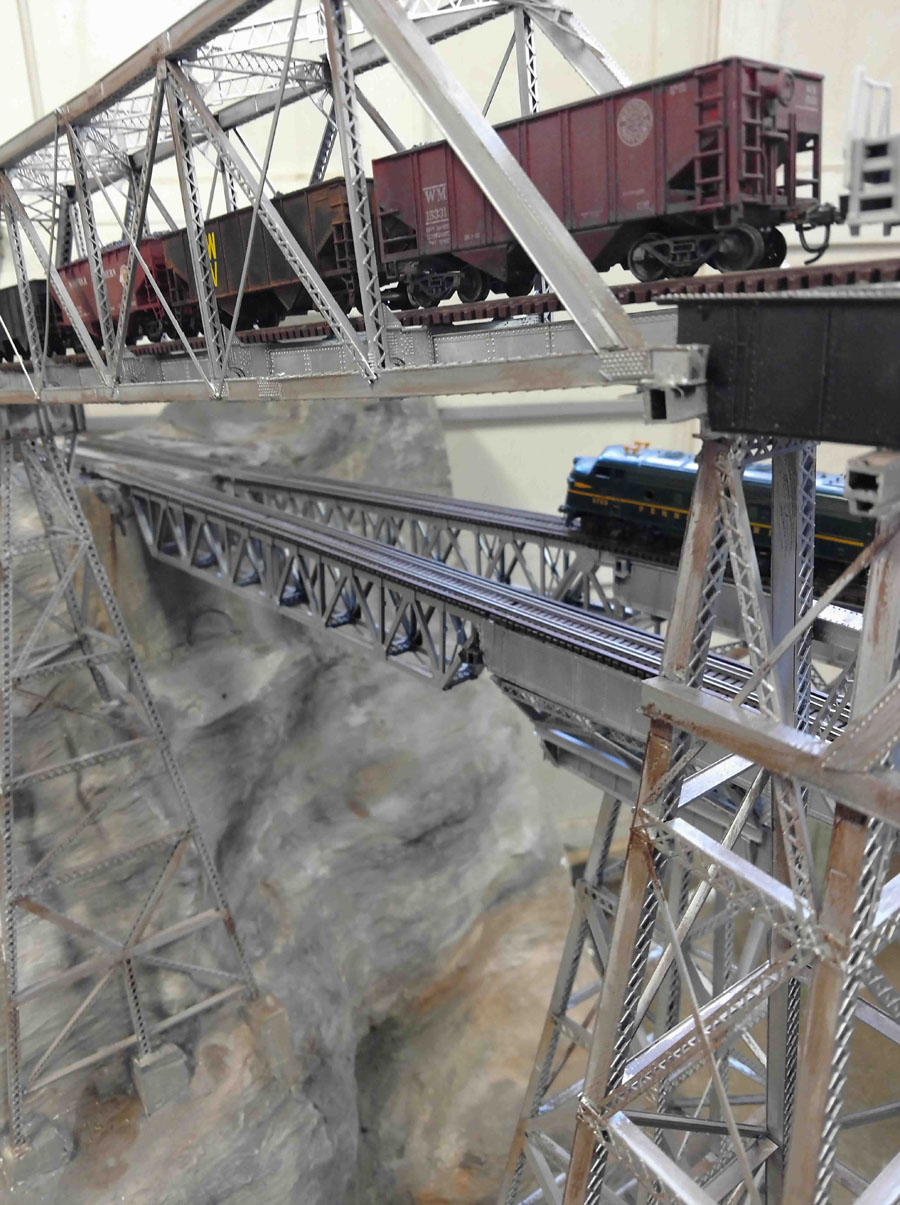 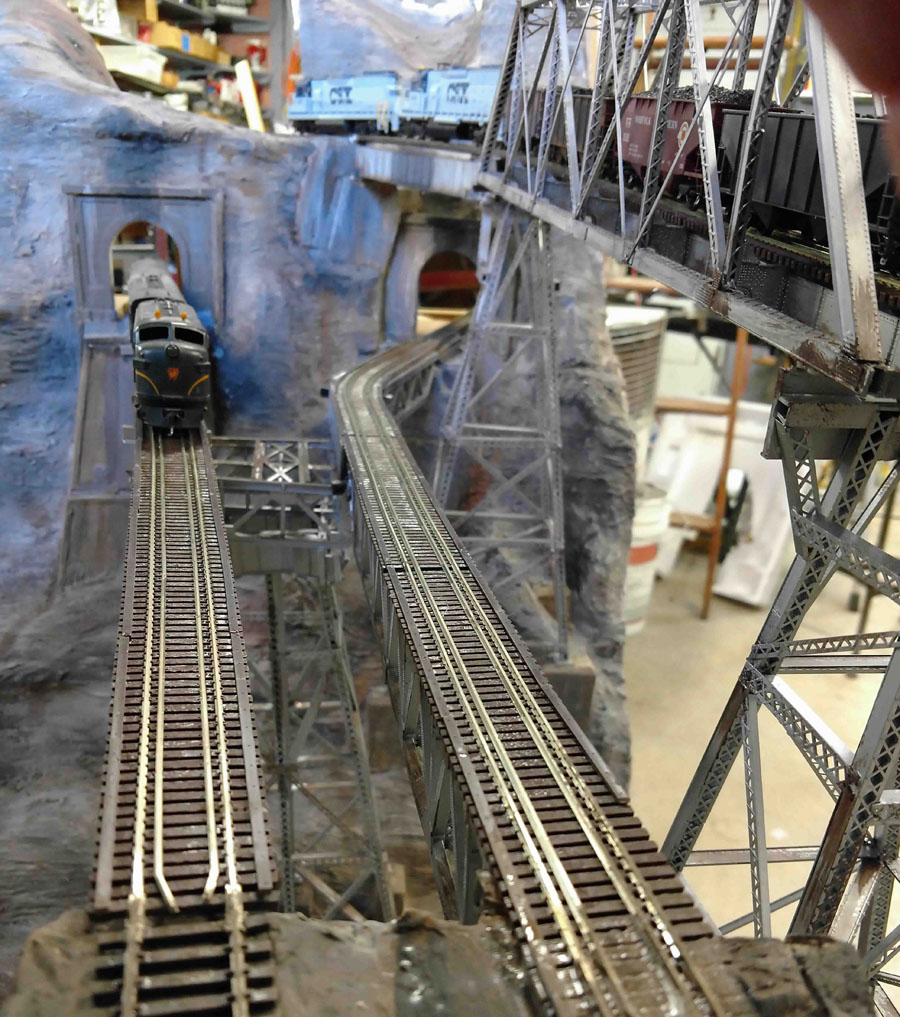 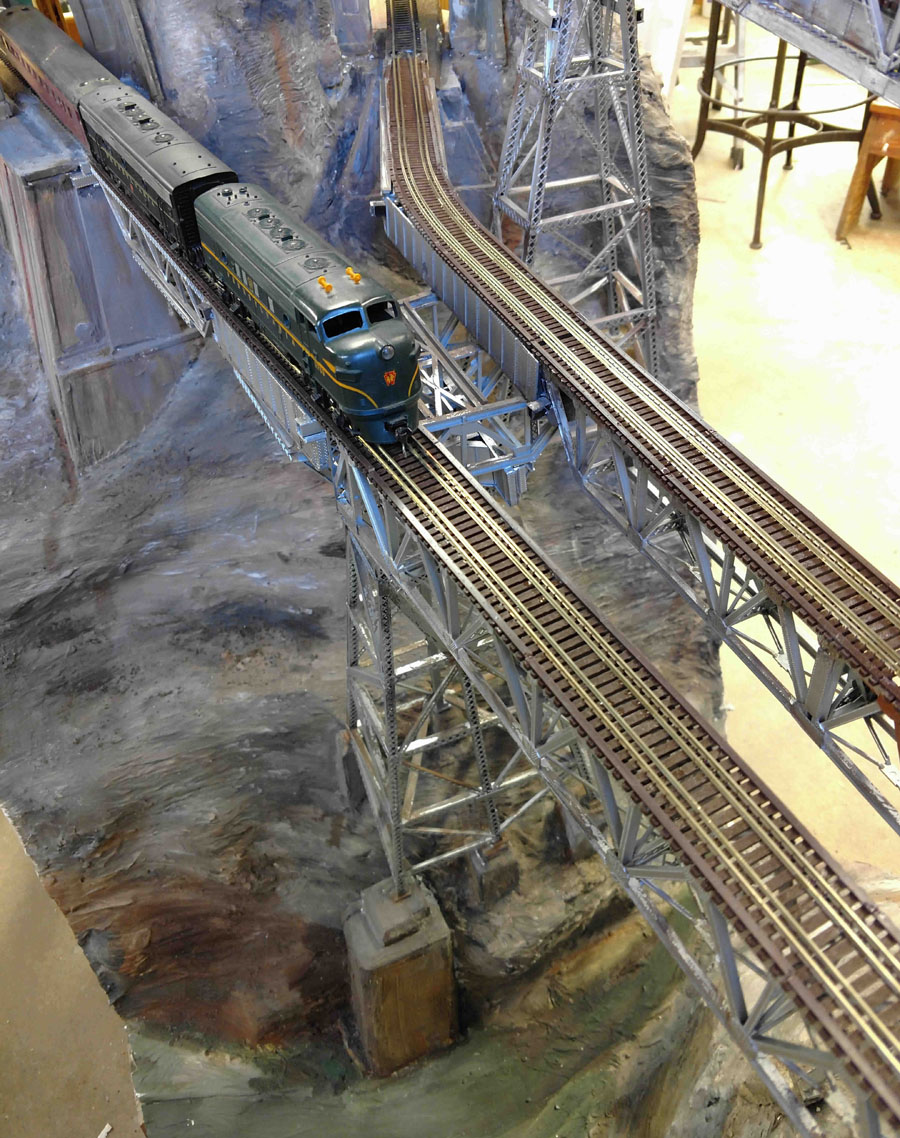 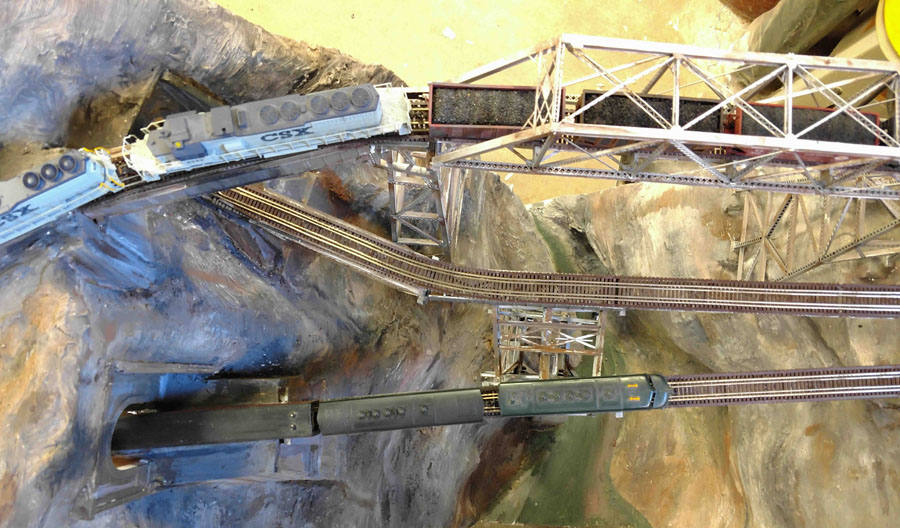 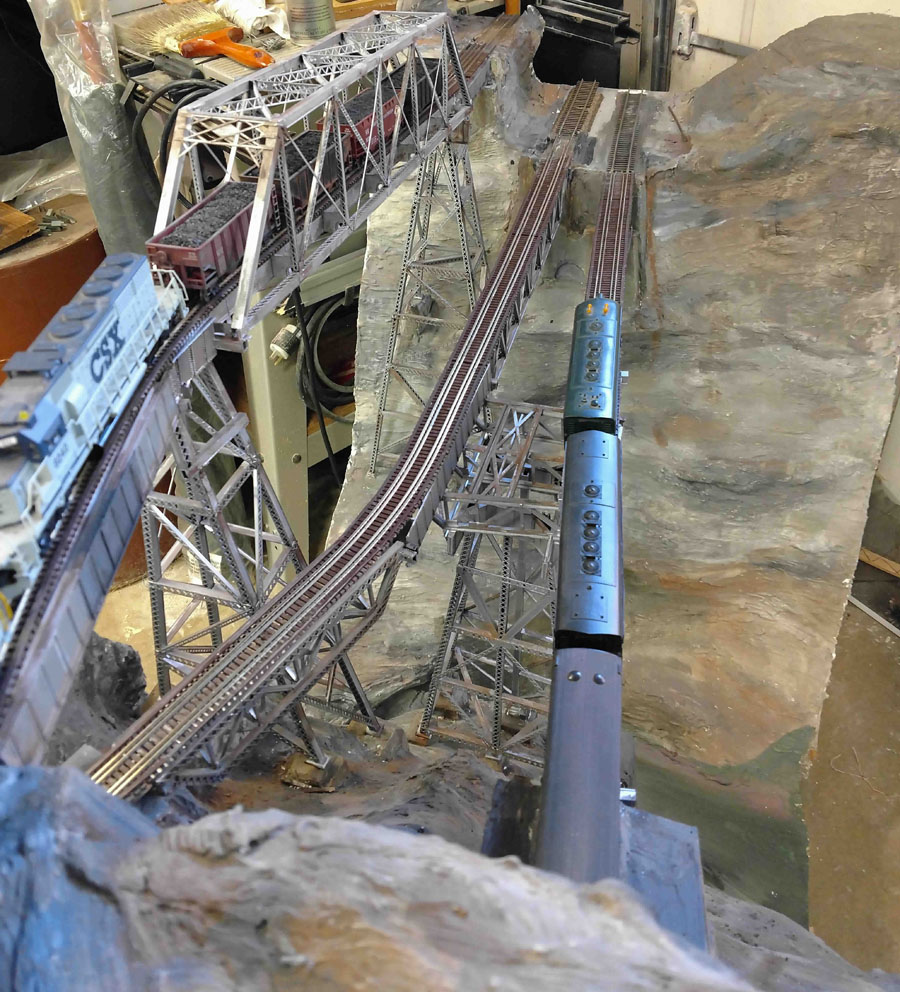 A big thanks to Jack and John It just goes to show, a layout is never finished – there’s always something to do, or some little tweak that slow gnaws away at you until you decide it’s time.

Don’t forget the Beginner’s Guide if it’s your time to start your layout.