More from Bob on his layout

Bob’s been back in touch. His last post is here.

My original layout after adding sidings still only allowed me to run two trains in the two inner ovals. Running outside of the inner ovals required stopping one train to allow another to access the whole outer loop.

I decided to move my layout to a bigger room and expand it.

Attached are two track plans: the 4x6x4x5 is the original and the other is the new expanded layout.

The third picture of the layout before I partially dismantled and moved it. 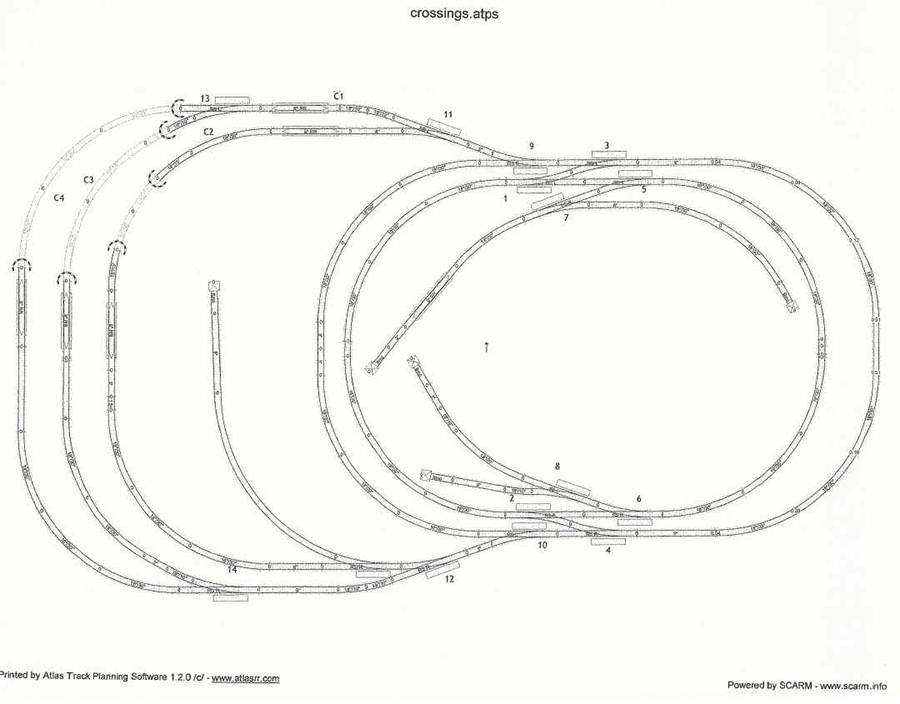 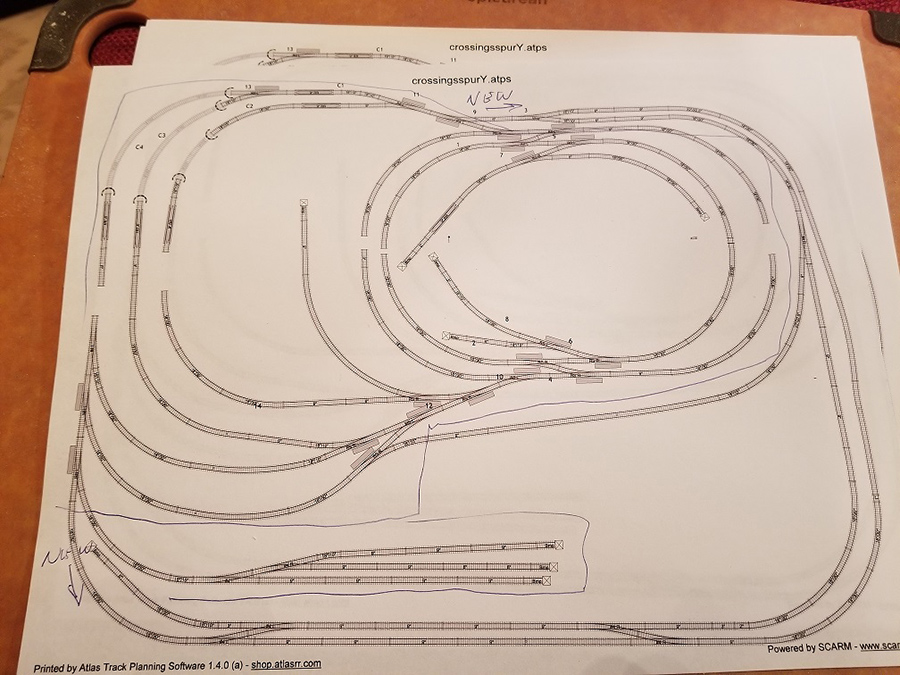 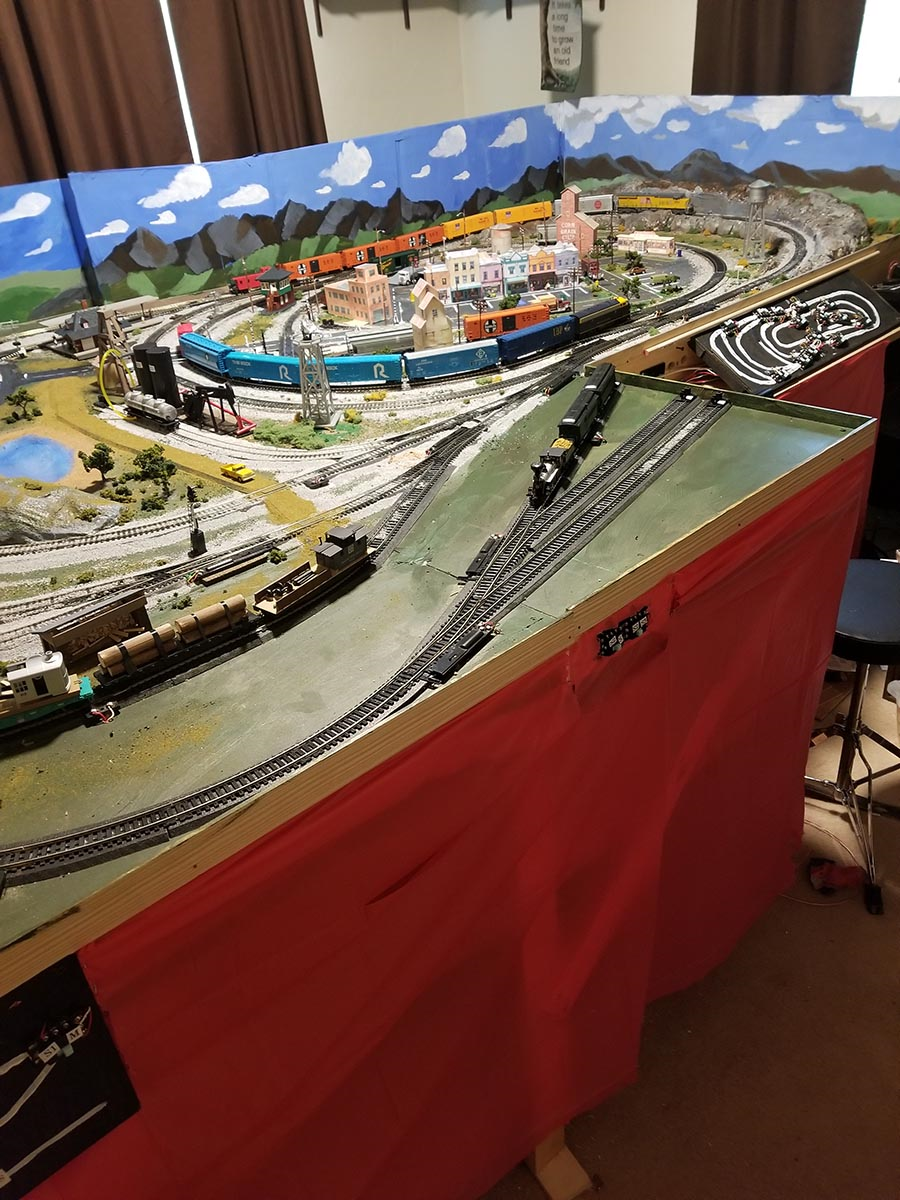 The first picture shows the first part of the move where I added legs to the first section.

In the second picture I expanded the ladder area to provide longer sidings. Next I added 6 inches on both sided and 10 inches on the end of the layout. The one 6 inch addition and the 10 inch addition allowed me to add a wye to split the single main into a double main that covers ¾ of the outer area and has two crossovers that allow access to a new siding and converts the double main back to a single main. 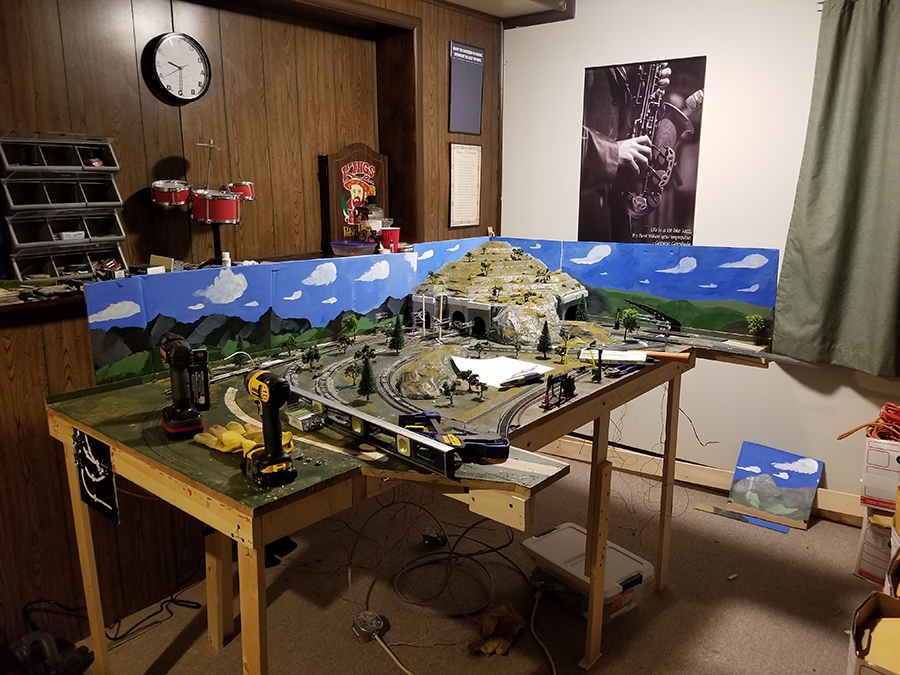 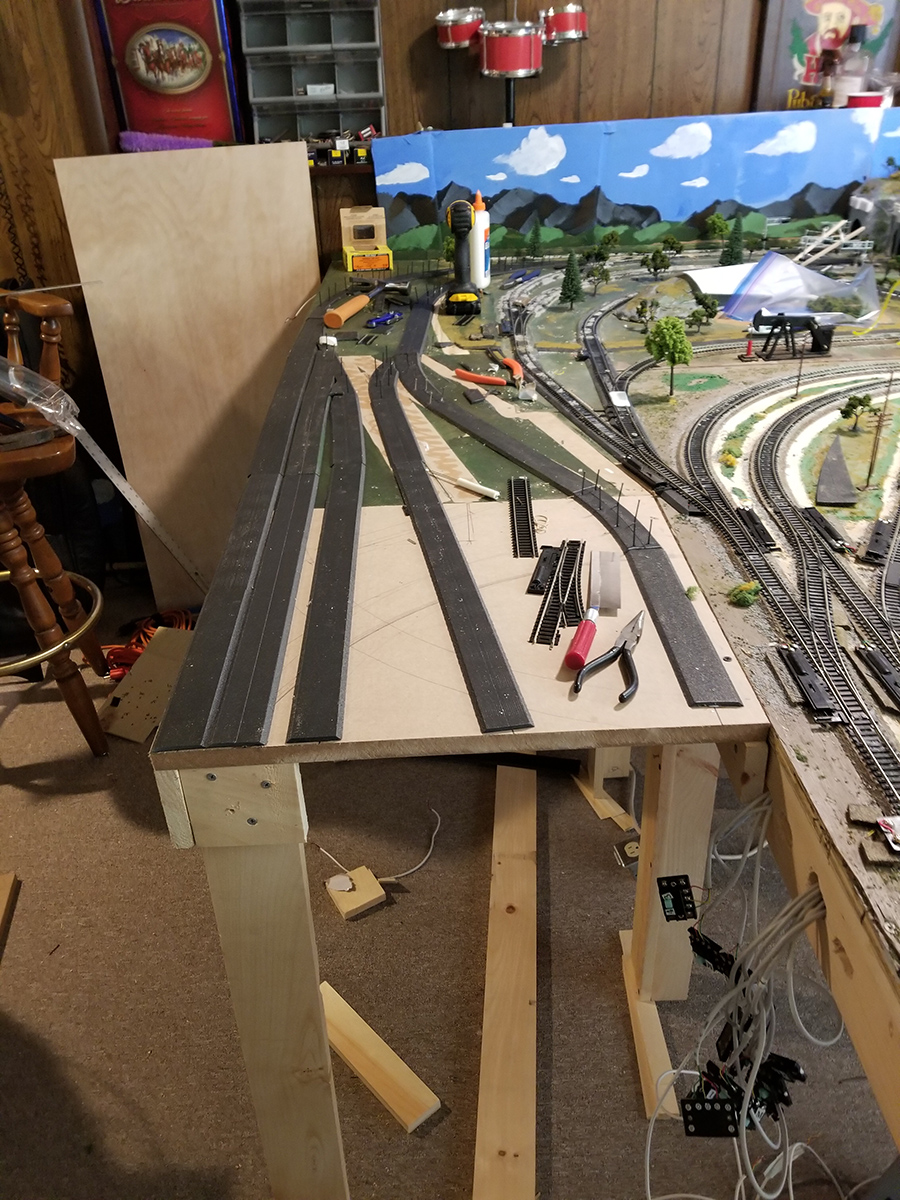 The 10 inch expansion exposed the back side of the rock formation so I had to do some work with plaster cloth. Once I finished the initial expansion I moved on to the major part of the expansion where I had to deviate slightly from the track plan because of a pull-down ladder. But it was a blessing in disguise because it allowed me more room for the lift-out section. 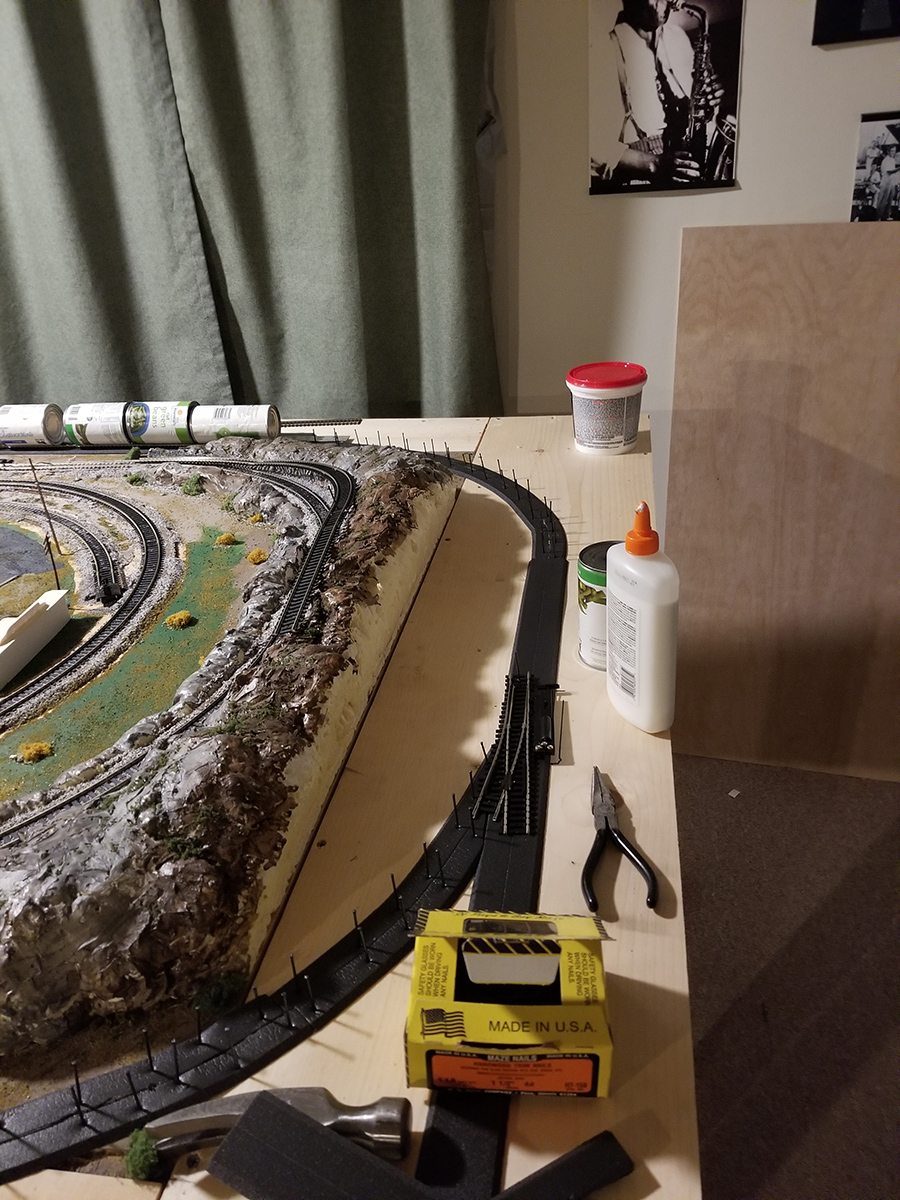 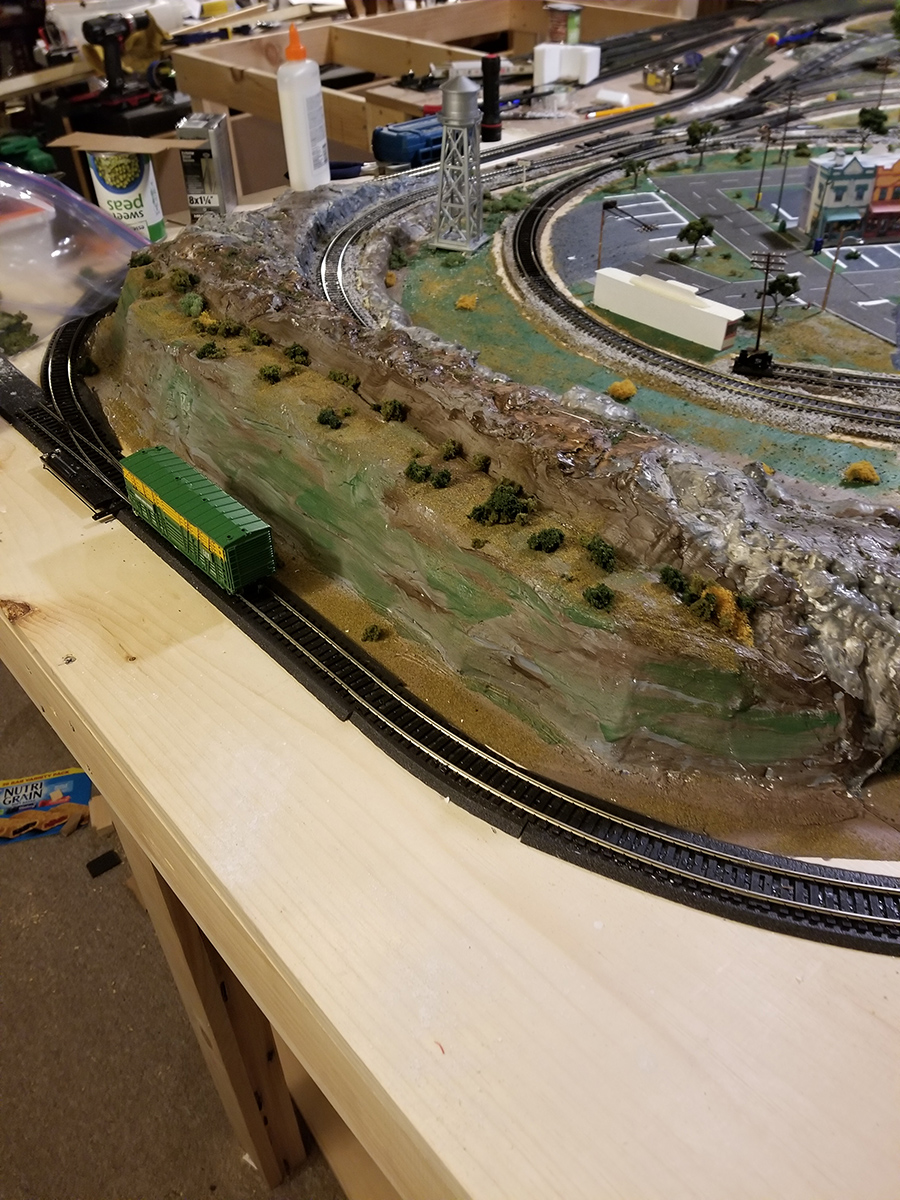 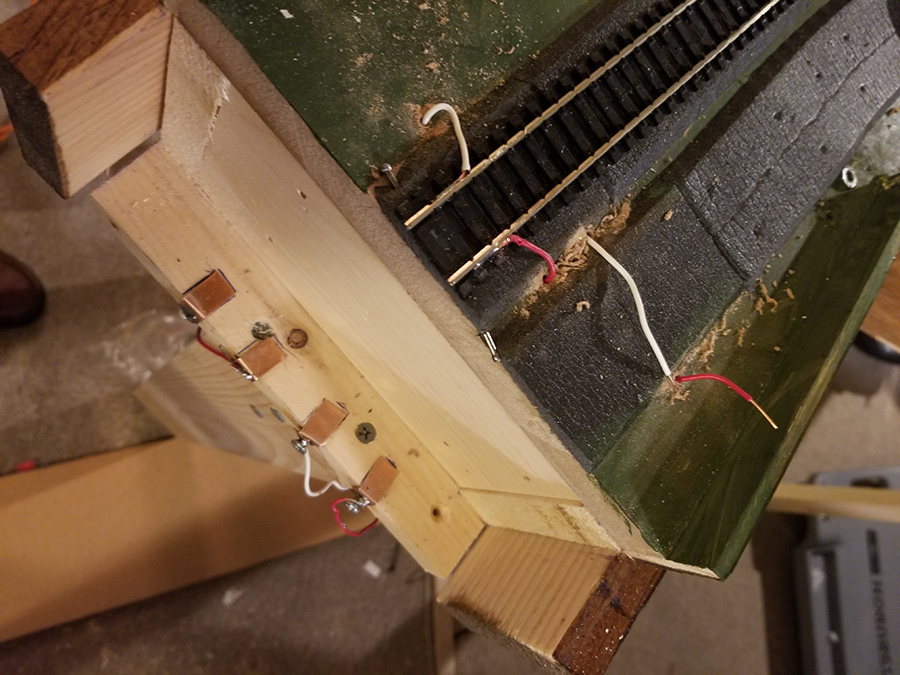 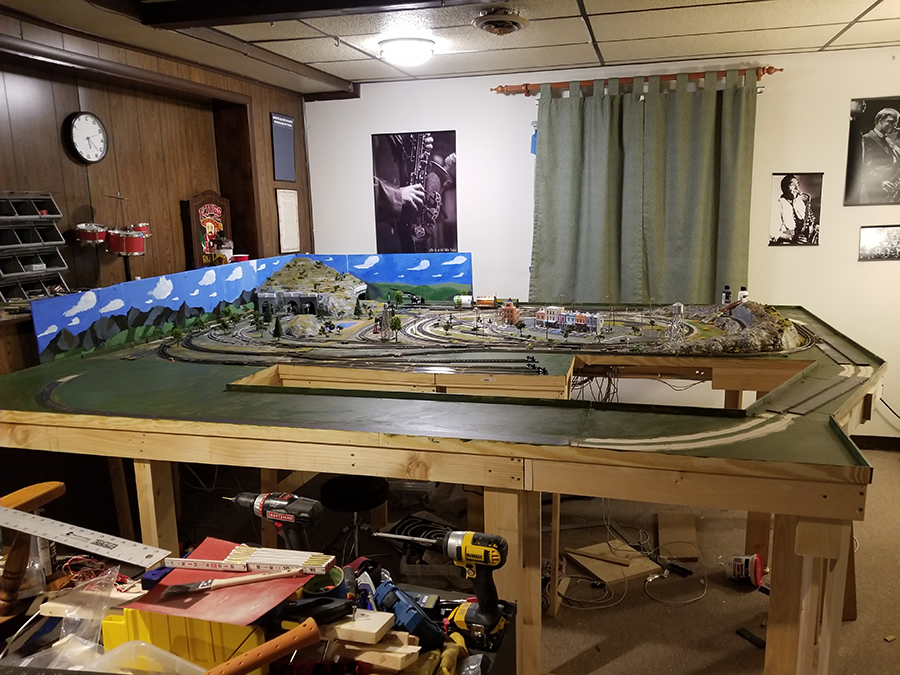 The move and expansion while not complete yet allowed me to clean up and straighten up most of the wiring. I also added a NCE SB Power Booster and a RJ12 Control loop with a second UTP control. Nowhere near finished but most of the hard work is done.

“Hi Al, just loaded part 9 of the re building of my layout, a good few keep asking about the connectors I use and the disco lights, in this one I show both and add a lead to bay were they can be bought, with a tip on using LED lights… still a way to go yet… but now got one of the outer circuit tracks up and running.

A big thanks to Bob and Dave. And if you want to join in with the fun, the Beginner’s guide is here.

13 Responses to More from Bob on his layout