Martin’s sent this wonderful narrative and pics of his O scale layout 17×13:

I suppose I’ve been into model railways since a very young age, my earliest memories are of Hornby O gauge clockwork train sets for Christmas and then on to Tri-ang OO gauge.

When I was around 14, I dabbled in American HO with the fictitious name of the Empire, Midland and Lake Shore Railroad. This came to nothing, and I drifted in and out of the scene, trying gauges from N to G.

Nothing ever really lasted that long before other interests, music and girls took over, both costing much more than model railways ever did.

My loft is boarded and permission was granted for a model railway to be built there. I had a skylight fitted to aid ventilation and installed extra power to the wires that were already up there.

The loft had previously been used for storage of all those things that might come in handy one day, but never do… my woodworking skills are zero and I didn’t want to go to the expense of a wooden baseboard and the weight the floor would have to carry.

So, a search on eBay brought me to lightweight interlocking and height adjustable aluminium framed tables, at 3 for £30, these looked ideal and were bought.

When they arrived, I quickly took them into the loft and built them up. There were four height settings, the highest being just right, and metal clips to lock each table to the next one. They also had a flimsy hardboard top, which was not really useful as I bent very easily. More were ordered.

My neighbour was having their loft converted into more rooms and I ‘borrowed’ a sheet of insulation foam. This was ideal as I rested on the frame work of the tables and was so rigid I could overlap one table to another, making a very strong but lightweight base for the railway.

The foam also took PVA glue very easily and was great and very easy to work with.

The layout was to be a British based industrial line with a cement works and small harbour as the main points of interest.

It was to be O scale layout 17×13, DCC sound, and rolling stock started to be collected.

The tables were erected and the foam sheets glued to them after a thin coat of emulsion paint had been added to the top of the foam sheet to allow PVA glue to stick to it. The aluminium foil that covers these sheet won’t accept PVA glue.

I managed to buy some wonderful industrial buildings by the late Allan Downes which, after a bit of modification, they were On30 scale, fitted in perfectly.

Track and points were added. I made the usual mistake of trying to fit Clapham Junction into a matchbox area, and the first attempt was scrapped before it really began.

The second attempt was kept a lot simpler, it’s amazing how you can picture these things in your mind and when you come to put them into practice, there simply isn’t enough space or the curves are too tight.

Anyway, I planned an end to end in a U shape some O scale layout 17×13. Too old to start crawling under baseboards now.

The layout had to have the cement works, a harbour, an engine shed and a fiddle yard, though in hindsight the fiddle yard should have been made longer, but I hadn’t banked on going North American at that time.

More scenery and buildings were added along with a very small station at the harbour.

By this time the locomotive roster was getting too large for the layout….there were eight British Rail Class 08 shunters and twelve industrial engines, all supposedly working a relatively small cement plant and harbour!

I’d deliberately decided in the track plan not to have any run around loops, which made and still does, operation of the line very interesting and things certainly have to be worked out to get trucks into the correct position and have the locomotive on the correct end in doing so. The building of the line was great, it’s operation even better!

So, Frobisher Cement Works was born…Frobisher being the name of the road where I once lived.

I had many happy hours up in the loft, operating the line and teaching my 8 year old grandson how to ‘drive’ an engine using DCC in a prototypical manner.

The only bug bear of the whole thing was three link couplings…ARGH!

I spent more time fiddling around getting wagons to couple up that it almost came to a point where I would give up in total frustration.

I used set formations of wagons that only had to be coupled to engines, but quite often, buffer locking spoilt many a operating session.

I even experimented with using small magnets, and these worked quite well, but they were very fiddly to fit and just didn’t look right somehow. Then came the revelation!

I was sitting in front of the TV one night, when the usual drivel was being shown. I picked up my tablet and turned to YouTube for consolation. Now, harking back to my childhood, I’d always had a soft spot for North American railways, I’d always wanted a Triang transcontinental set and having spent some time working in Canada and holidaying in the New England area, found a channel that seemed interesting.

I stumbled across the Santa Fe Junction in Kansas City and I was hooked!

Five or six engines pulling countless and different looking wagons, many graffitied, which seemed to add to the attraction, and the horns on those engines just blew me away.

I started to do some research and via a very steep learning curve found that American O gauge was exceedingly affordable and very well made. Ideal for a O scale layout 17×13.

A beautiful DCC sound equipped engine could be bought for as little as £200…UK equivalent £6-700.

Freight stock, which is so detailed bought for as little as £12, although the norm was about £30 per car.

I quickly established what to buy and what not to buy. Avoid anything 3 rail, Lionel, Williams and MTH, although I can now convert these to 2 rail.

Look for Atlas, Weaver engines, but take care as some are three rail, and rolling stock for ready to run items and Red Caboose, Intermountain and All Nation for kits.

I made the mistake of not researching the different types of railway cars enough and found that most of the stock I was looking at and subsequently bought was not suitable for a present day line as roof mounted boards had long gone by the present date. Still, what I couldn’t use I could always sell or trade later.

So the decision was made to transport the layout 4000 odd miles the Northeast America! 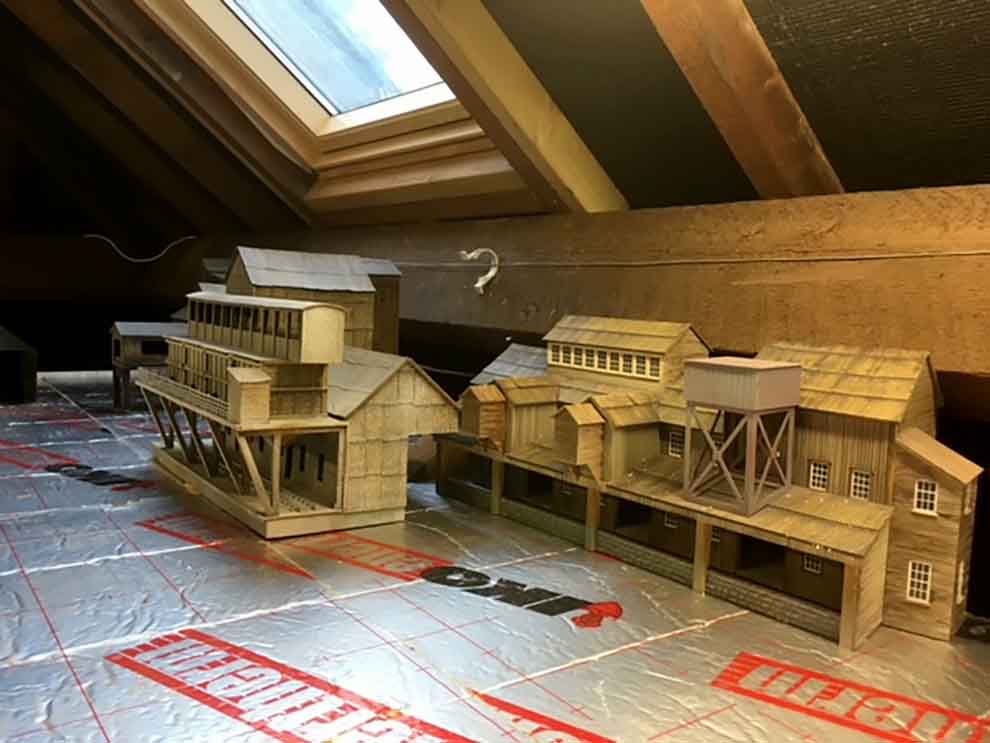 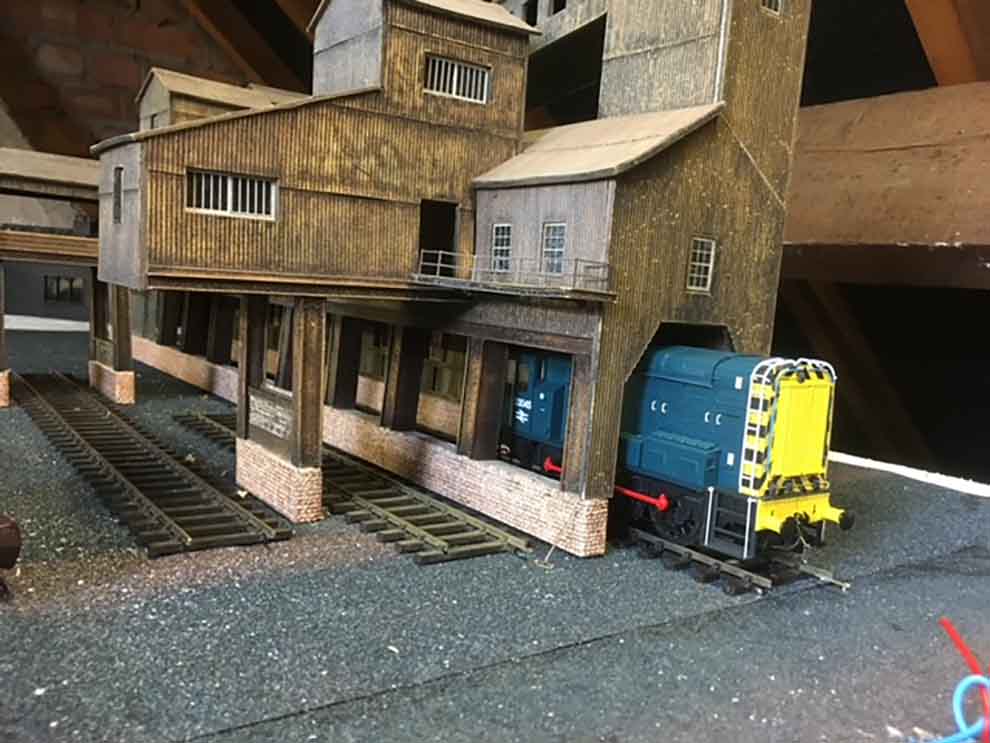 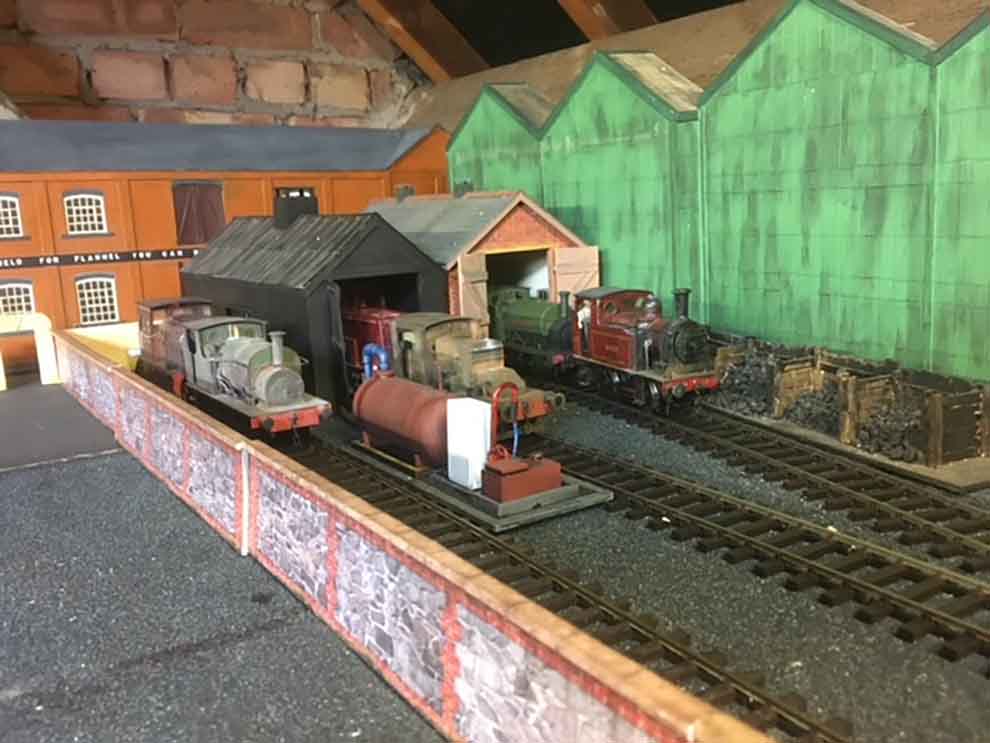 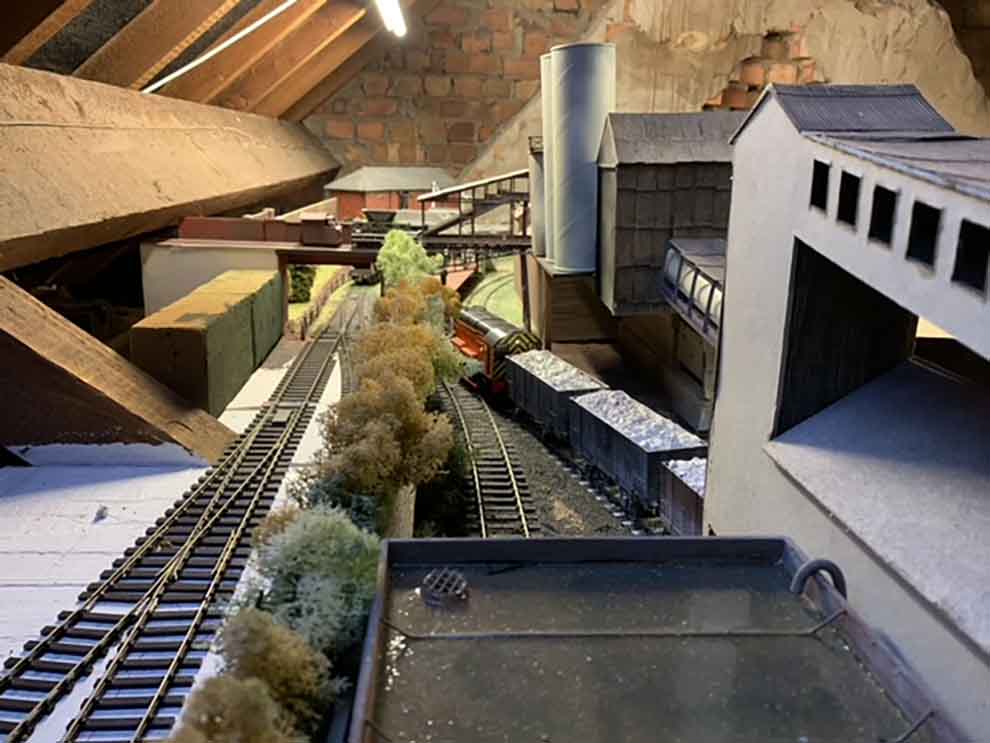 Scenery and the final buildings get added. 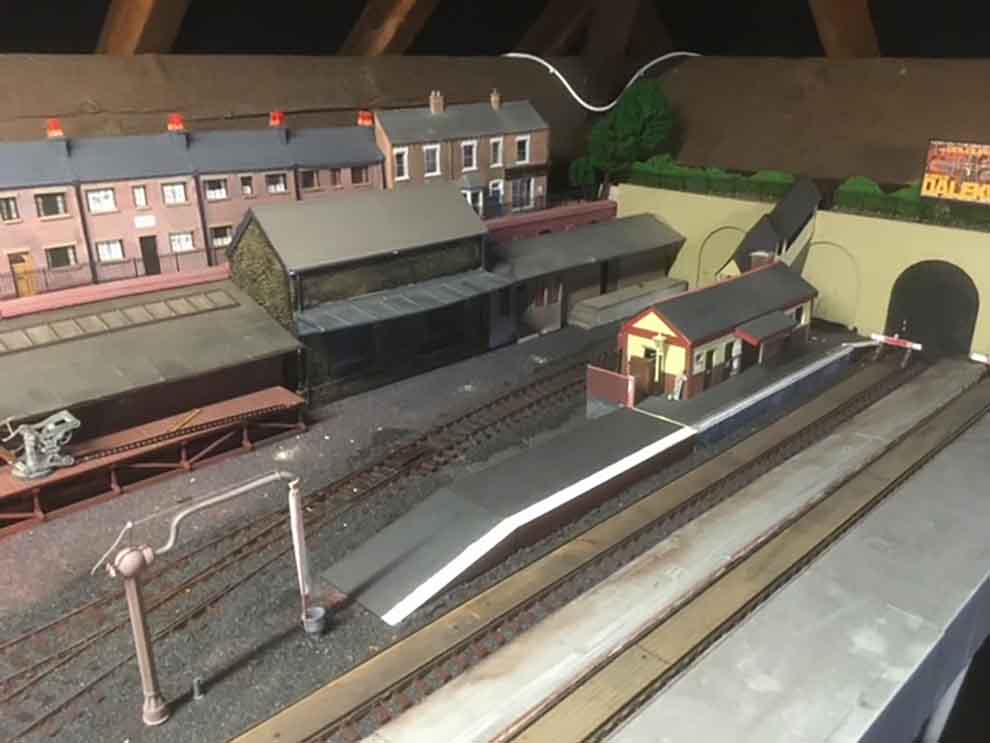 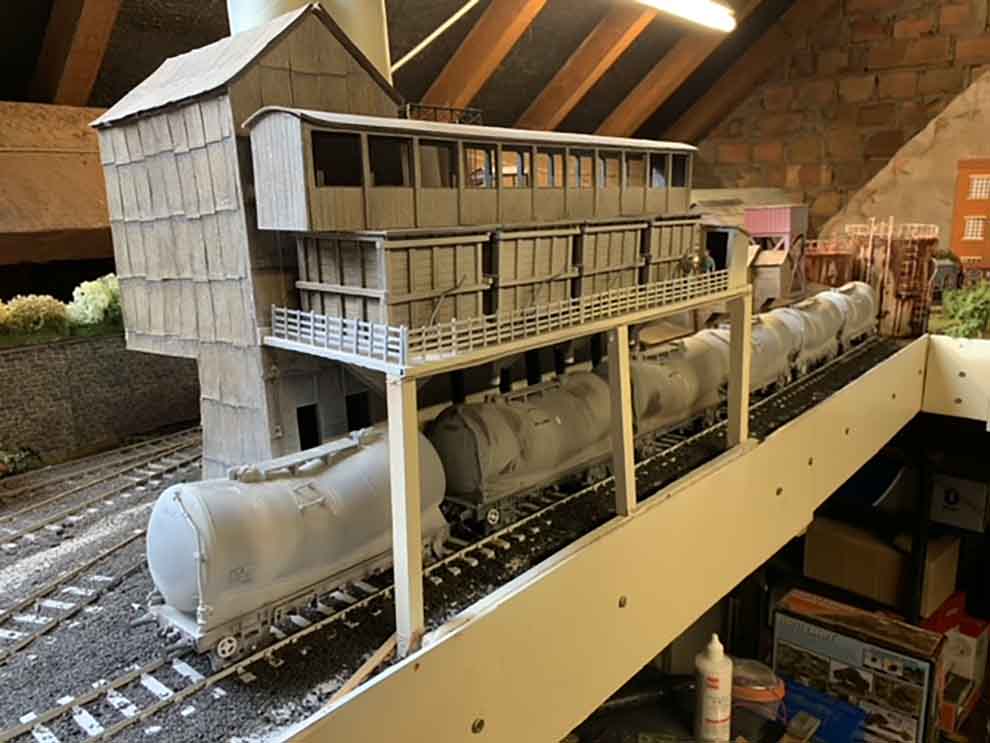 The cement loaders in their heyday… 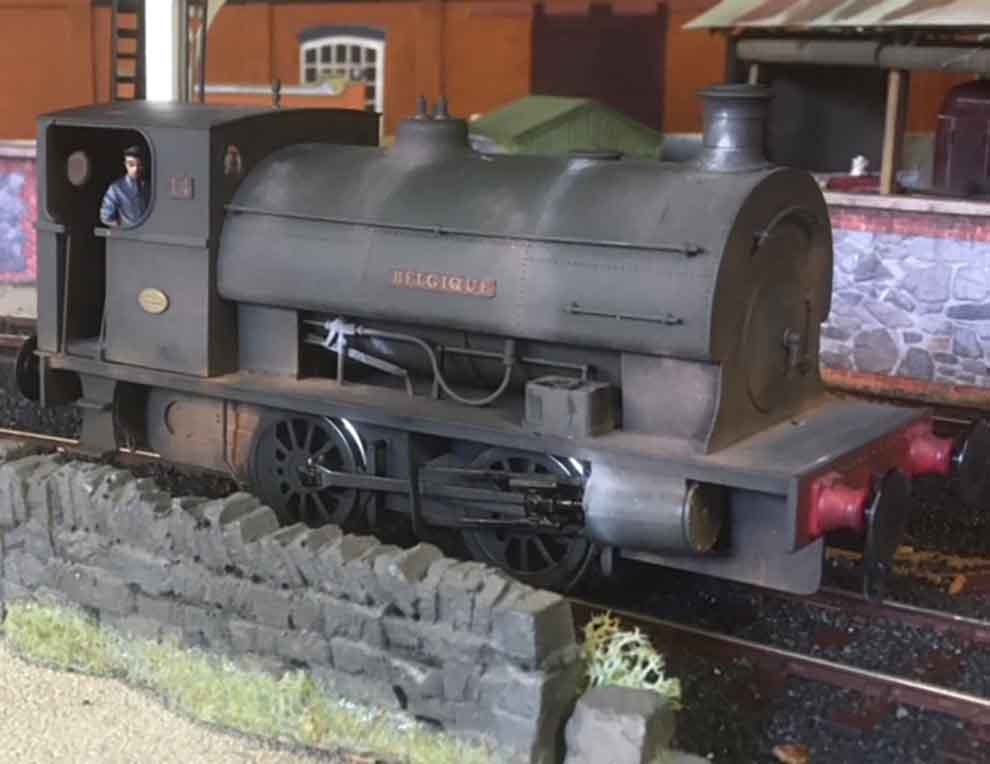 All of the engines were weathered to one degree or another… 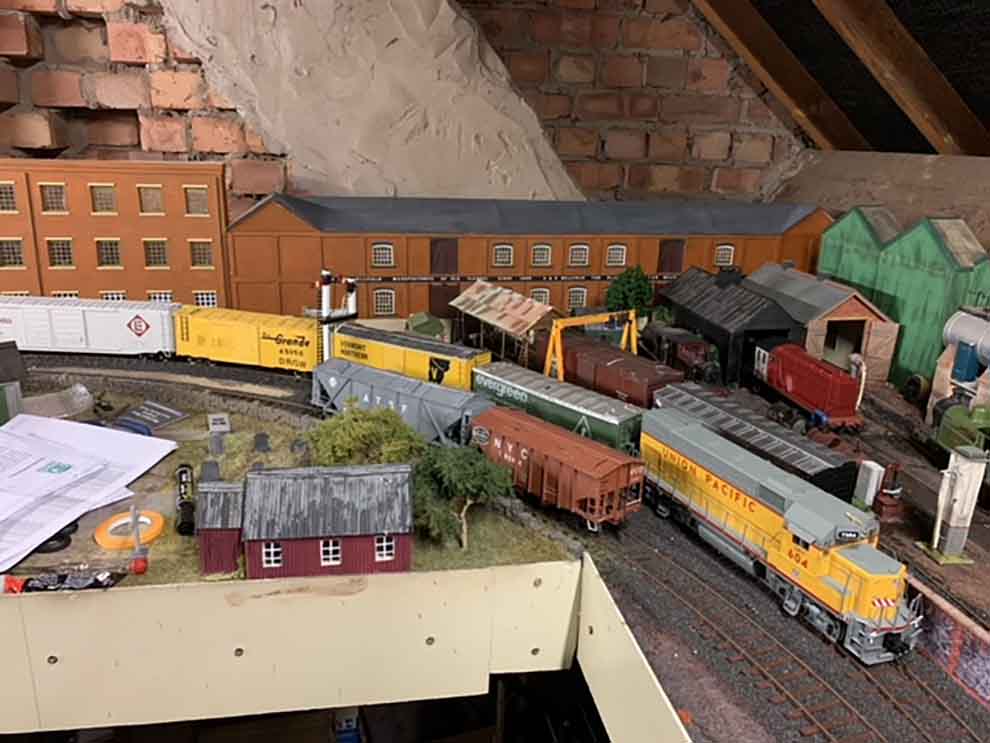 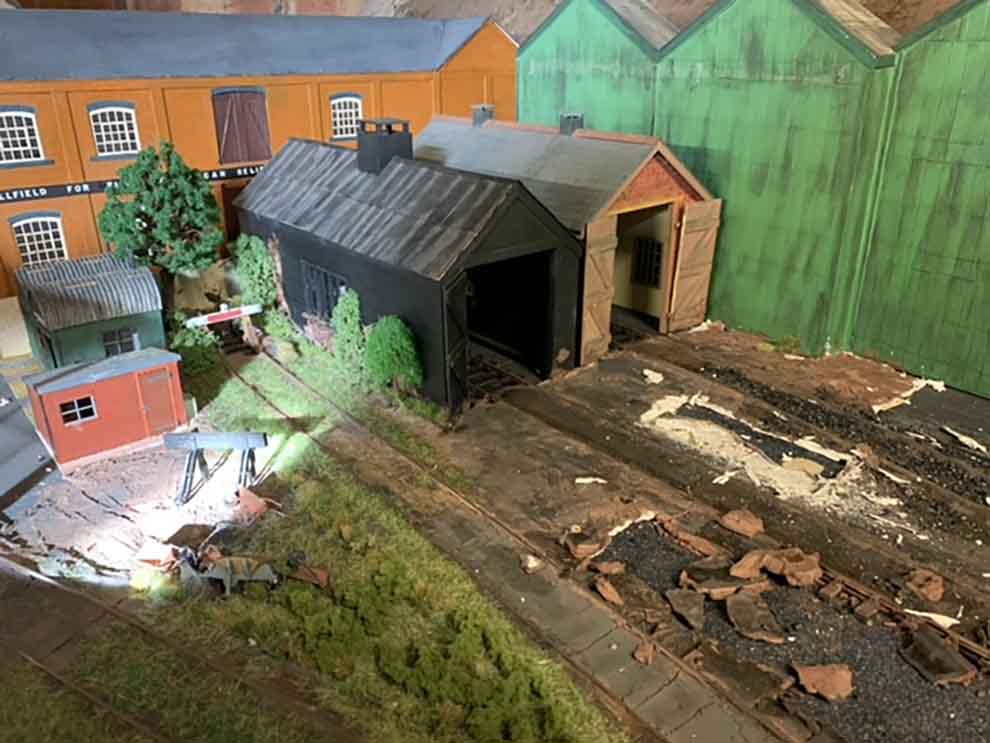 The beginning of the end… 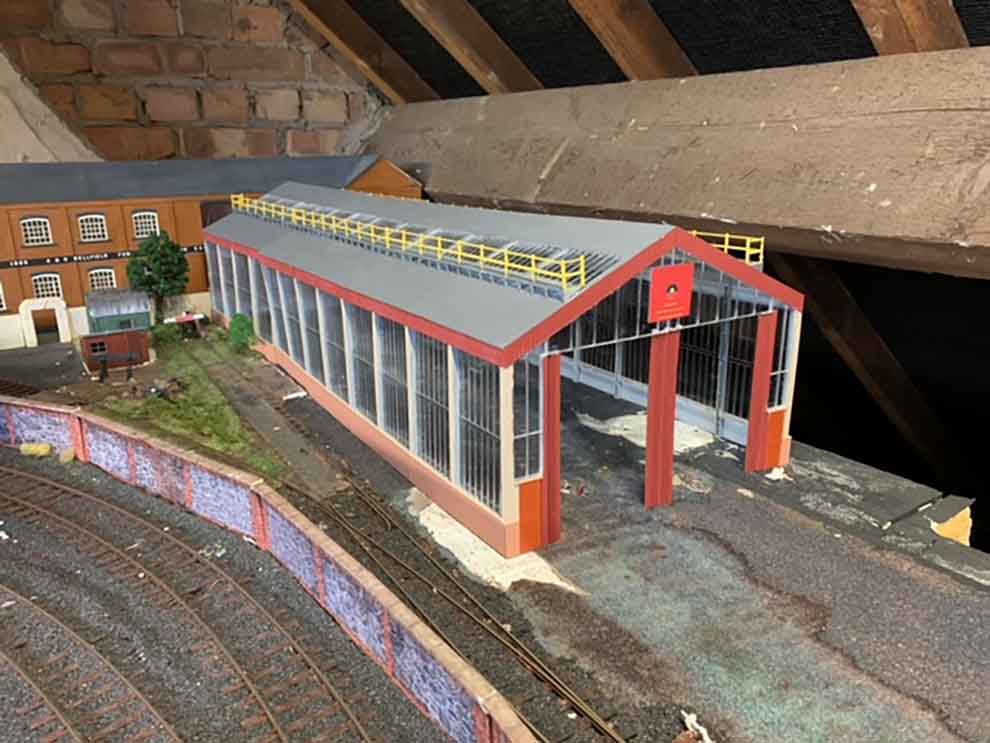 …the start of the new!

I hope you can find room to publish and I really wish I could send over more pics…I have hundreds.

A little bit of North America in Coventry, UK.”

I just love what Martin has done.

I love the back story, I love the narrative and the pics speak for themselves.

I can’t wait to see some more.

It’s fab that no matter where you are in the world, your layout – your universe – can be anything you like it to be.

A bit of North America in Coventry, UK? No problem. That’s what this hobby is all about.

A huge big thanks to Martin.

Oh, and don’t forget the Beginner’s Guide, if today is the day you start your model railway, model railroad, or whatever you want it to be.