ON30 layouts – there are a surprising number of them on the site.

Here are a few of them:

“This is an On30 mining layout in the early 20th Century. My new modules will be 48″ high and I will be adding a couple of operating oil wells and storage tanks.

The last picture is my live steam train in 1.5″ scale. It is a walking beam locomotive with a toybox caboose from the 1960s 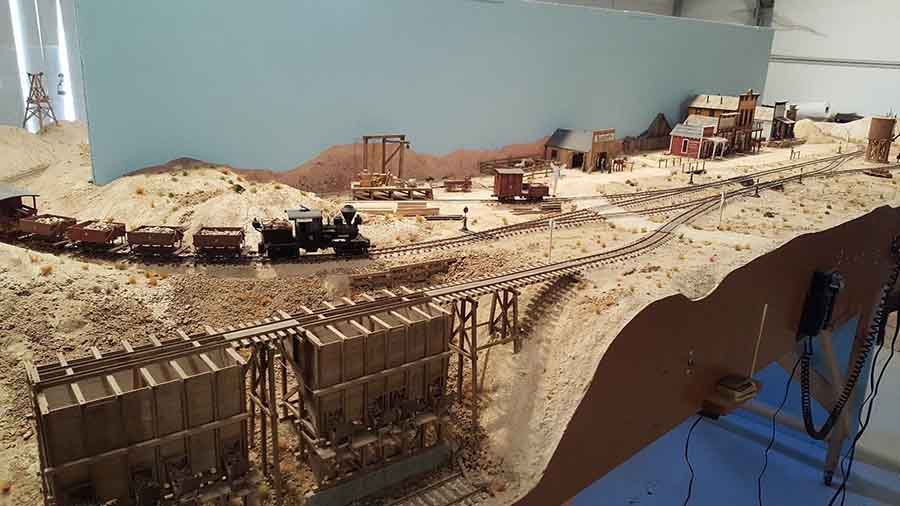 You can see all of Tom’s pics and read his narrative here.

“On my first layout I used a plywood sheet covered with pink foam insulation.

The track was glued down (with white glue). On this layout I used an OSB base covered with sound board and the track was tacked with track nails 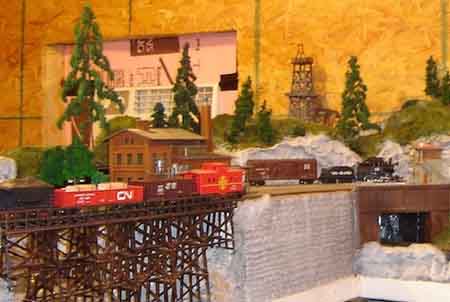 You can see all of Bob’s layout pics here – he also wrote an excellent narrative.

“The scale I am modeling is on30 narrow gauge, all track was hand layer with over 25000 spikes installed.

All buildings, trestles, bridges, water tanks etc, were all scratch built. Lumber was all cut on my table saw to the correct dimensions for my scale. 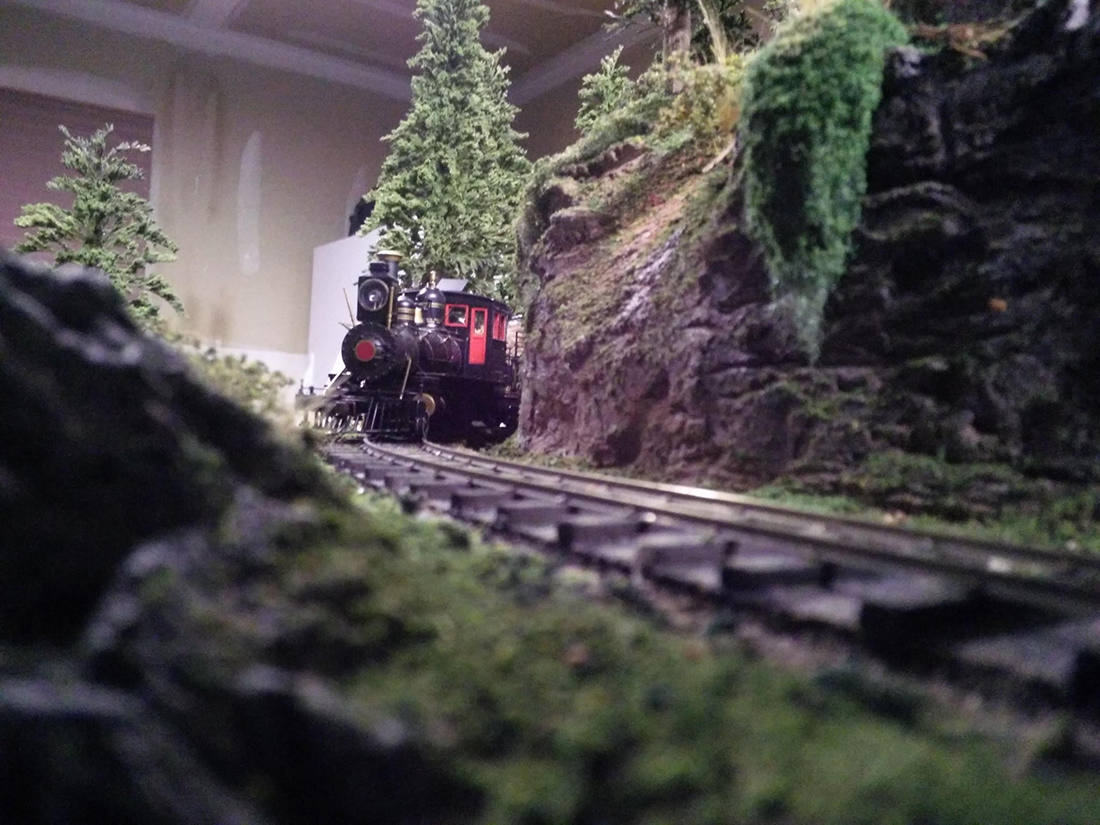 You can see all of Jeff’s pics and narrative here.

“I thought you might like to share some pics of my, still under construction layout. It’s Colonial narrow gauge of 2ft 6ins, using a rough scale of 7mm/ft, O scale on OO gauge track. I suppose it’s On30, but as in real life, anything goes. 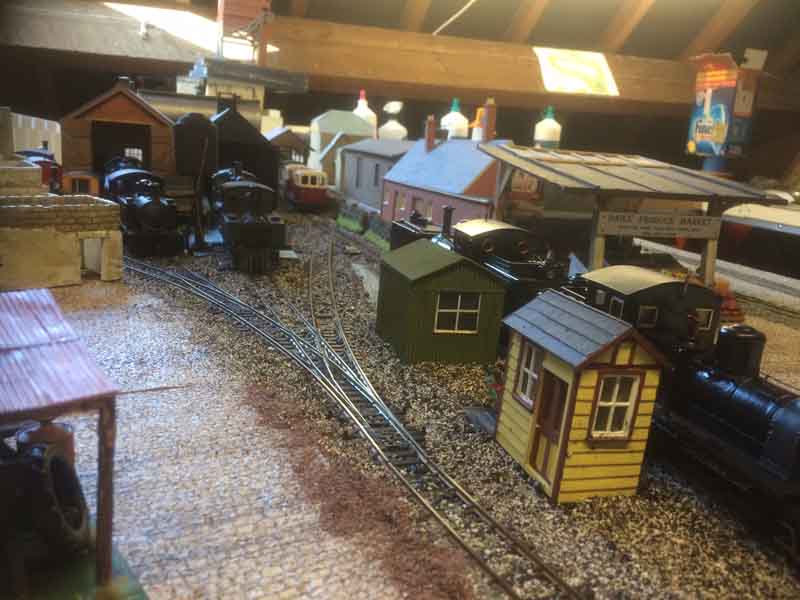 You can see all of Martin’s train pics here.

“My most recent build occupies a space that is about 14 inches wide and 44 inches long.

The track plan is sometimes called a “Tuning Fork” — It consists of a single point (switch), two spurs, and a headshunt (switching lead).

I built this one for 1/4 inch scale narrow gauge (On30) but it can be done in any scale or gauge. 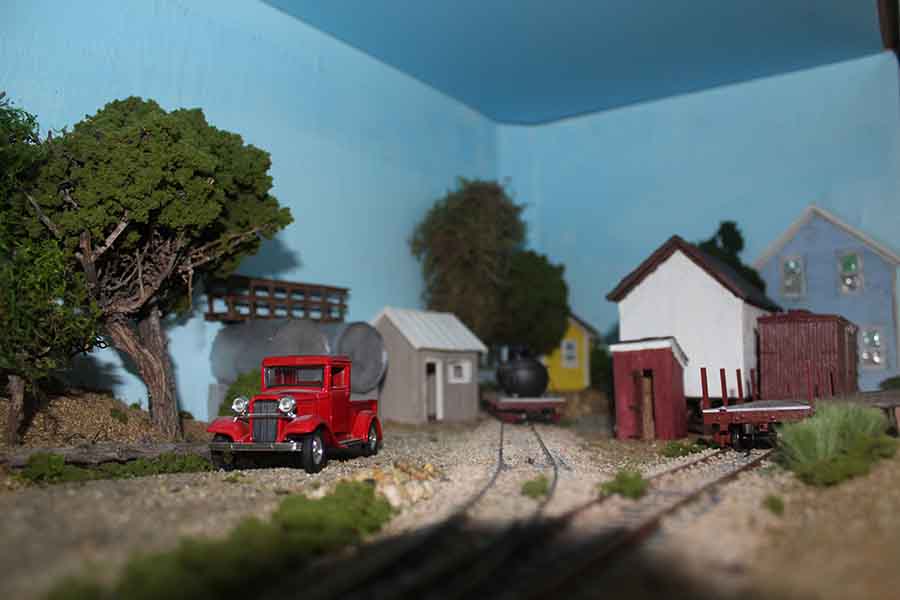 You can see all of John’s layout here. 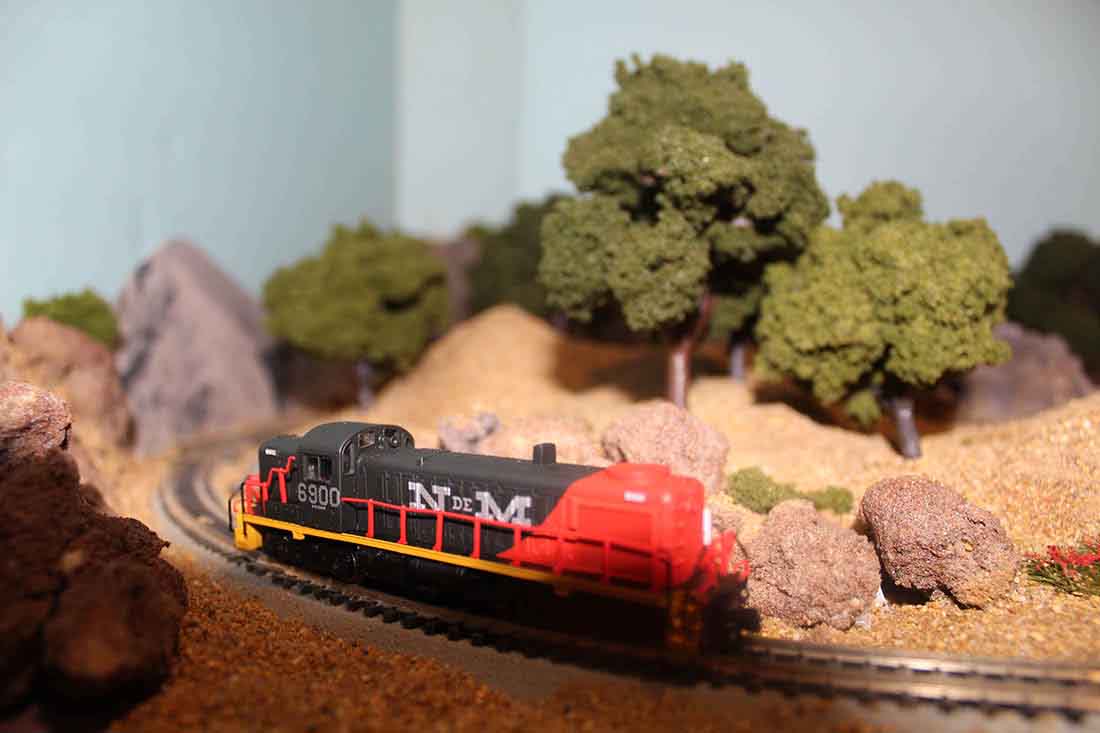 You can see all the pics of John’s layout here.

Ian’s ON30 mine diorama

It will be a coal mining theme with around two to three elevated tracks. 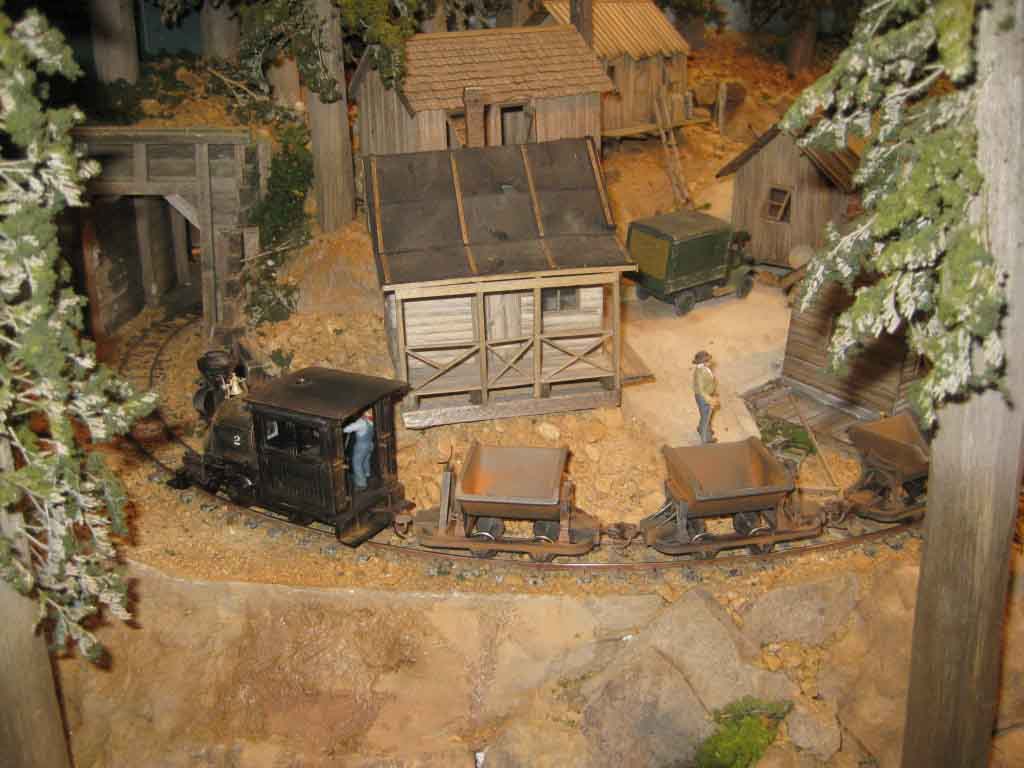 You can read Ian’s narrative here.

“As can be seen in this view, the HOn3 extension starts from just beyond my current harbour and will go around to the other side where the waterfront will be.

As said before, I have more that enough boats (more than I need) and will be floating them on the water once I get closer to completion. 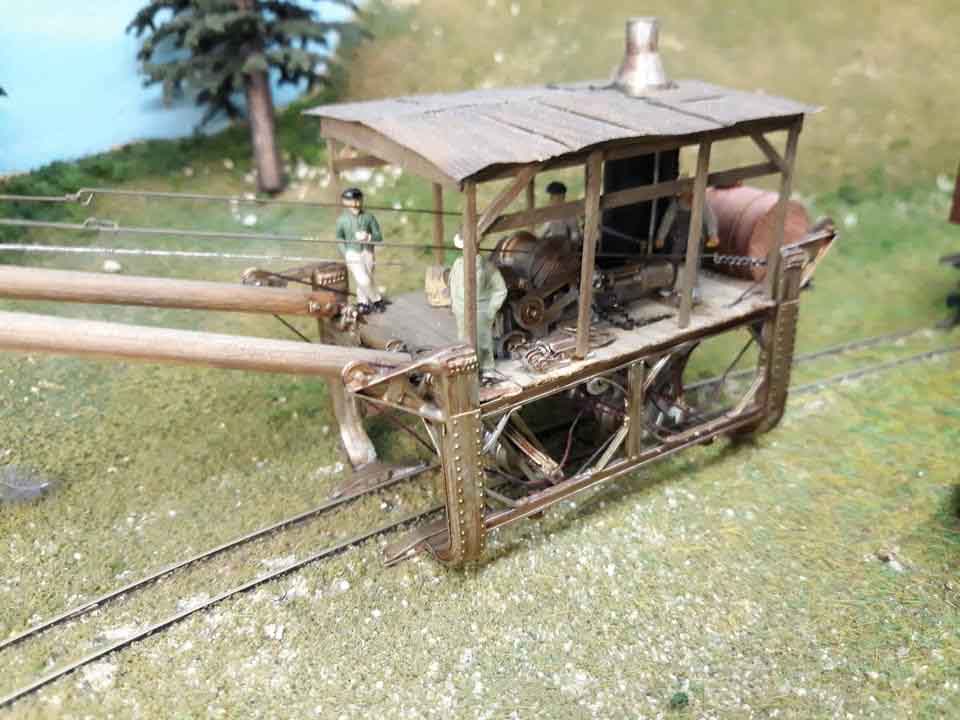 You can see all of Brian’s layout pics here.

“I’ve been plugging away on the construction of my O/On30 portable layout.

The 4.5’ X 14’ layout is in three sections and I’ve been working on scenery in section one at a time. 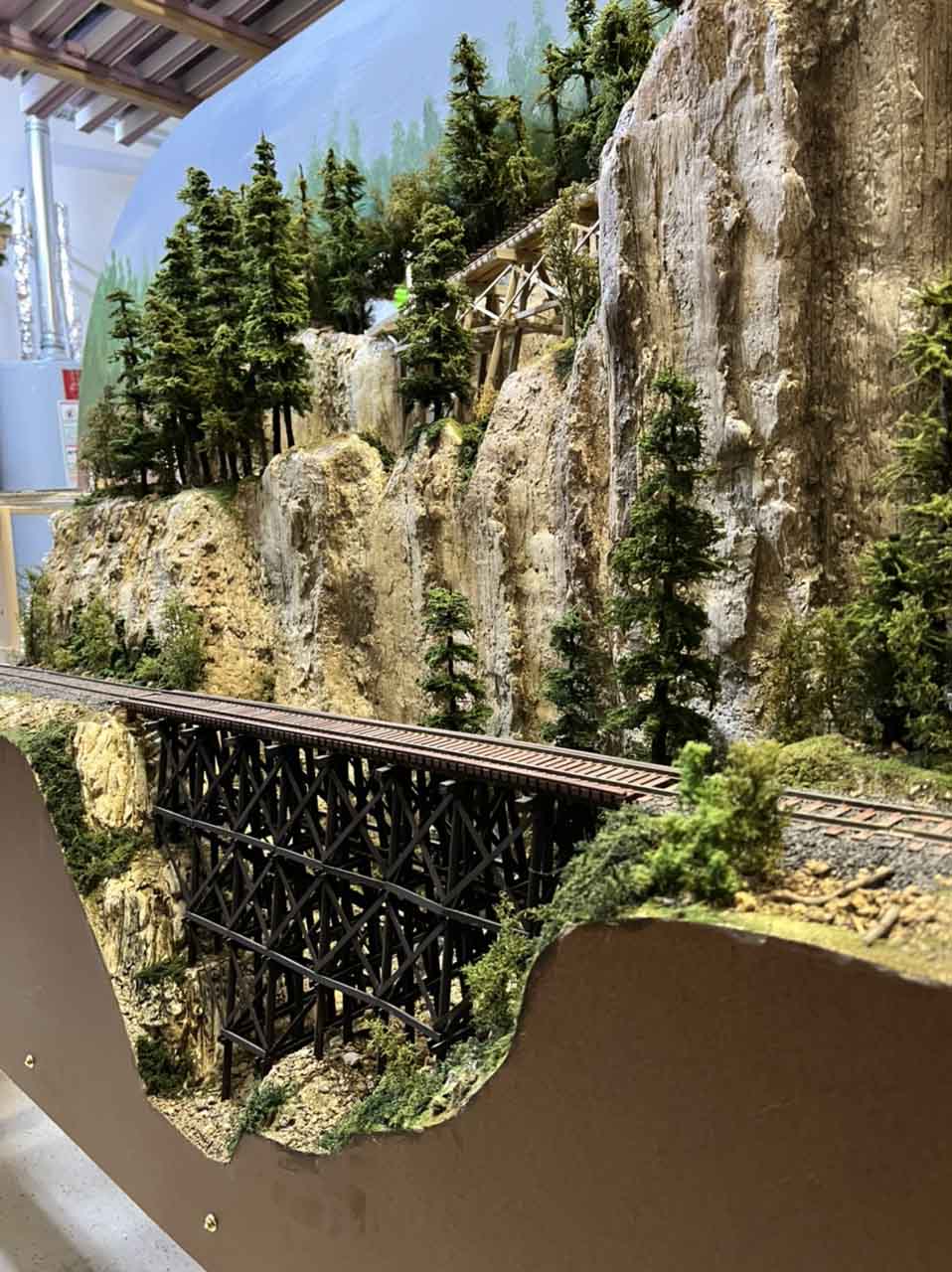 You can see all of Bill’s O / On30 update update here.

There are lots more ON30 layouts on the blog – but the only way you can see them all in to jump on to the newsletter.

There’s a lot more than just layouts, you also get lots of tips and ‘how to’ step by steps.

Here’s Brian showing how he kit bashes all his kits to suit his layout.

You get the idea. It all happens on the newsletter. Jump on or miss out.