Jim adds to his layout and weathers some freight

“Greetings, Alastair. Hope all is well with you and yours.

It’s been some time since I’ve posted anything any where. I have been busy adding a few things to my layout and weathering several rail cars.

Business is good, so more cars plus a buffer car were needed.

Hope you and your subscribers enjoy. 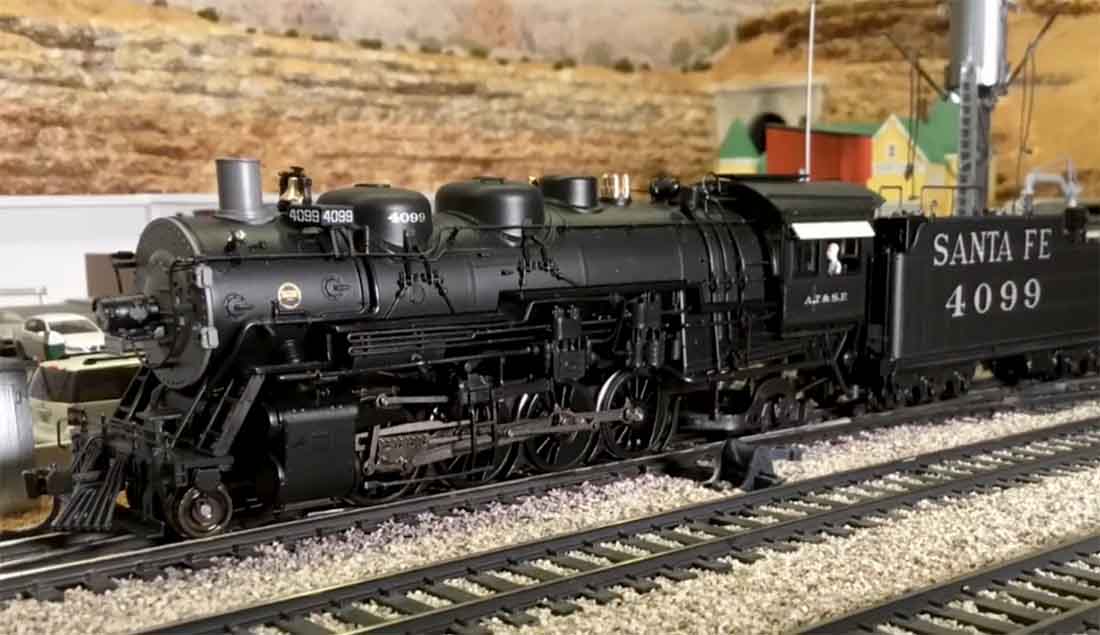 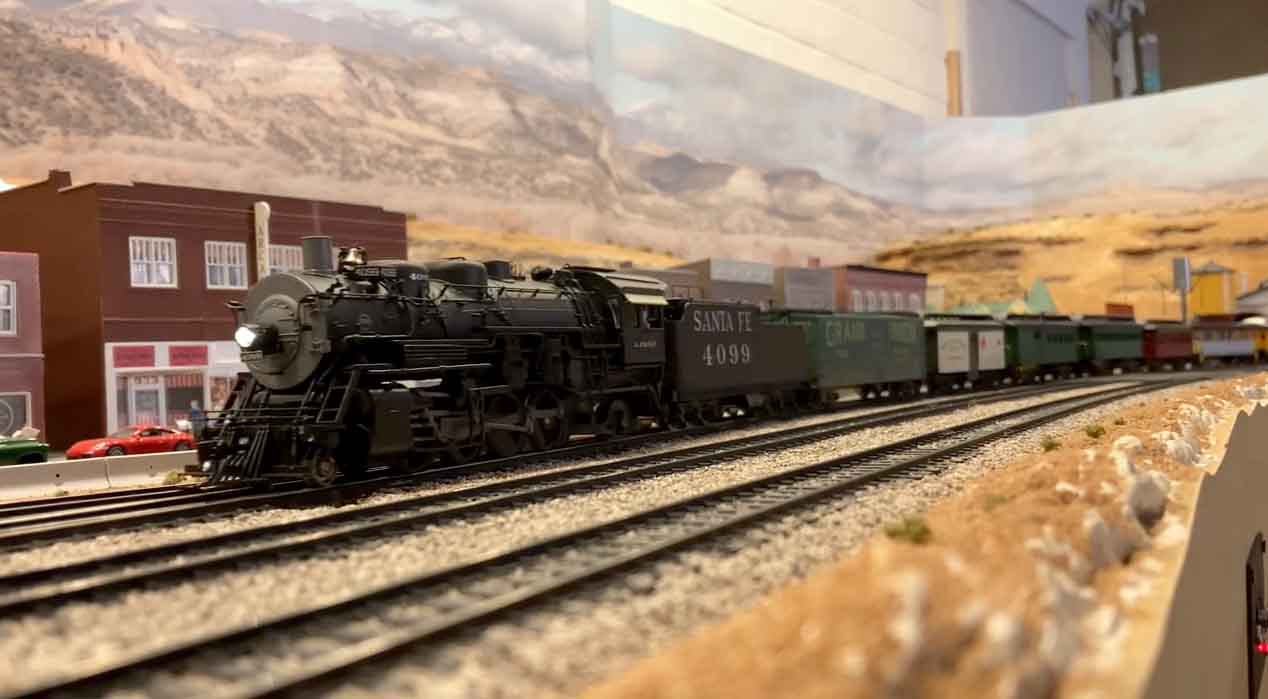 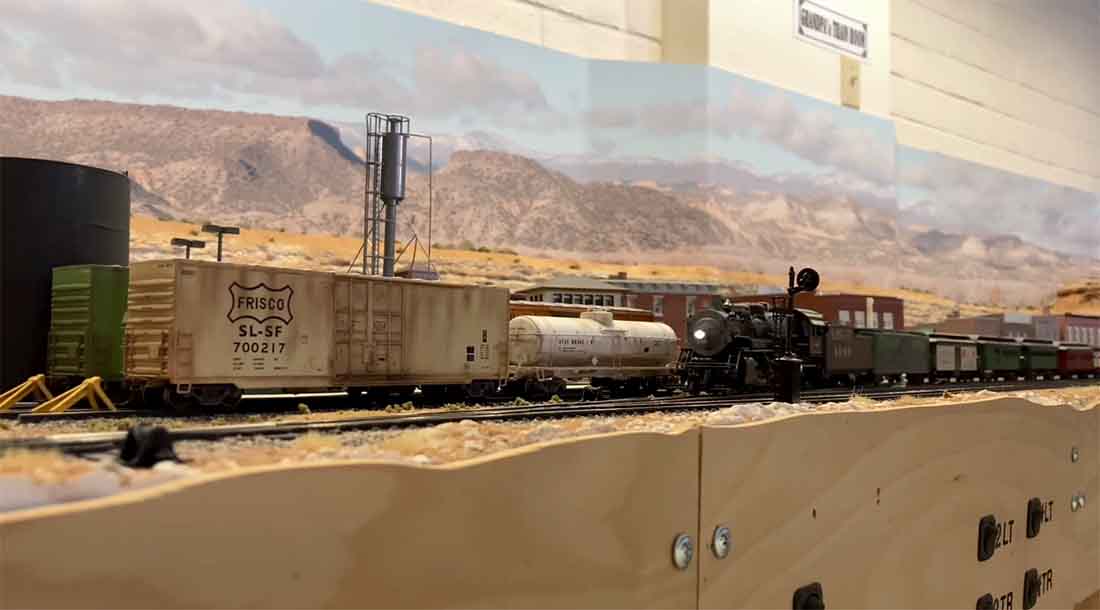 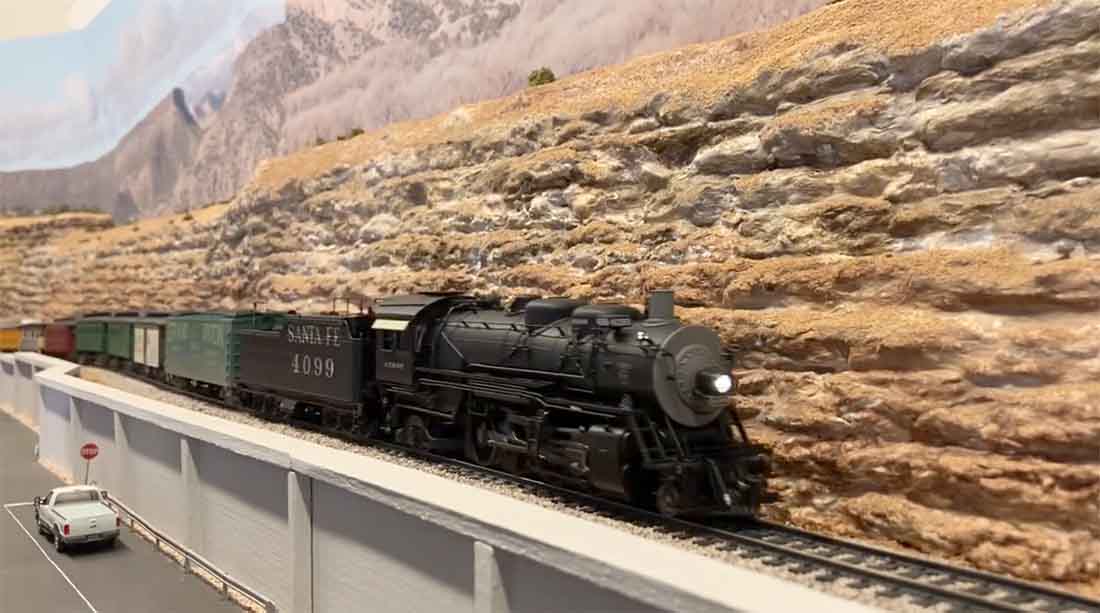 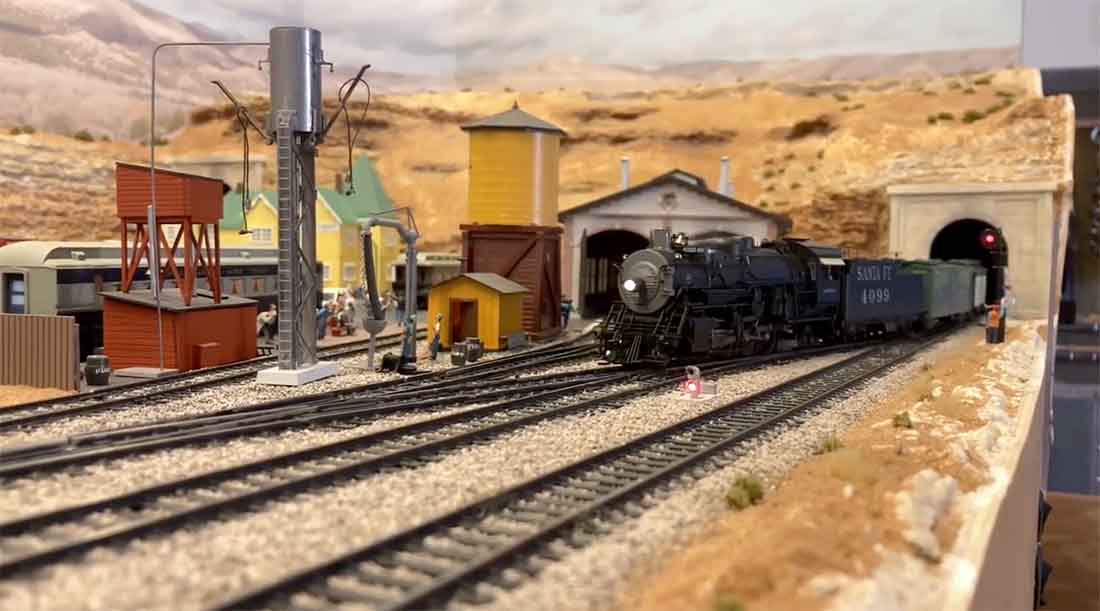 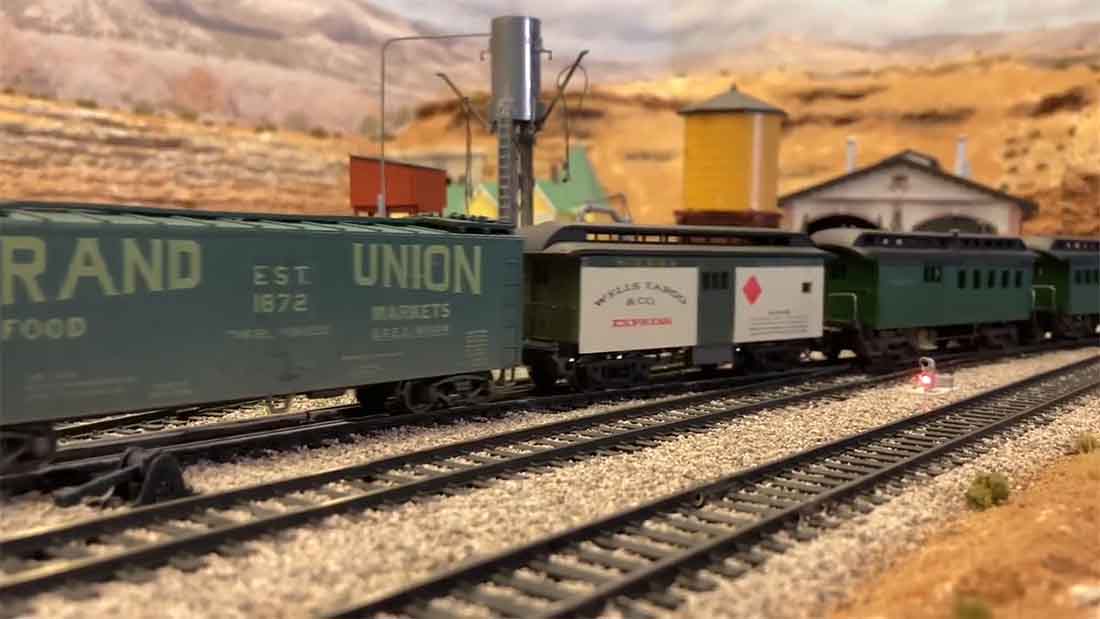 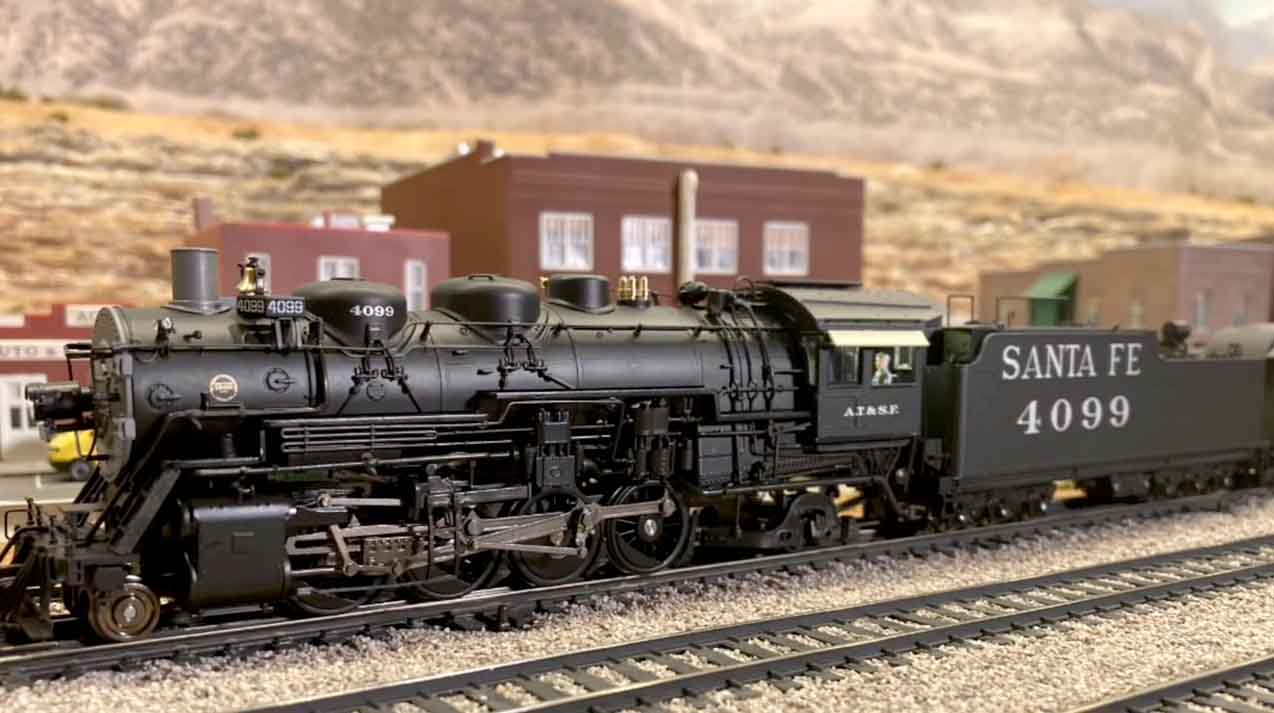 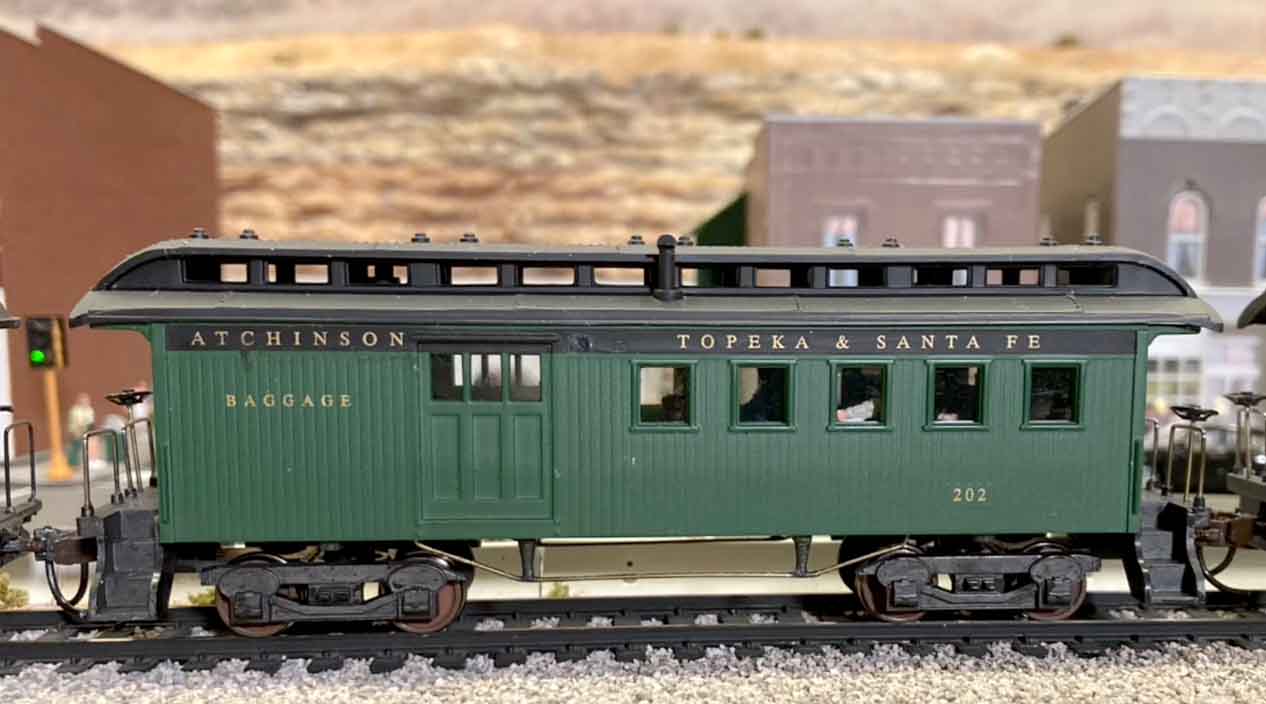 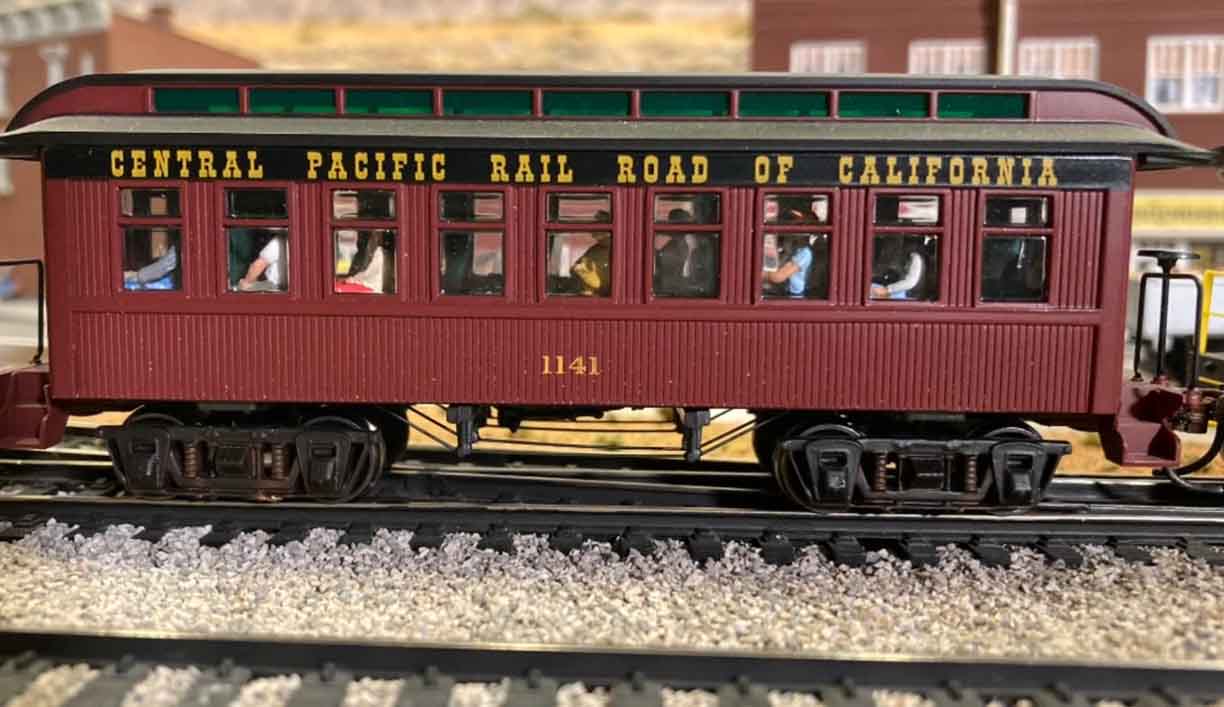 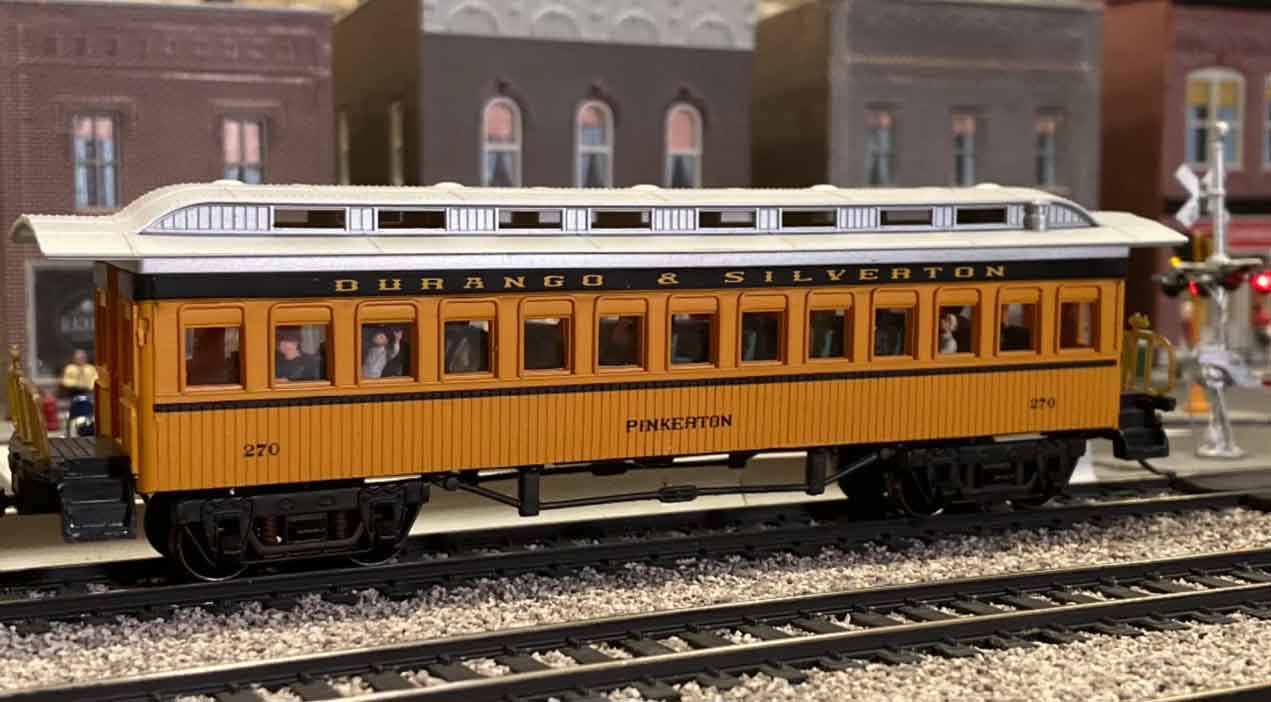 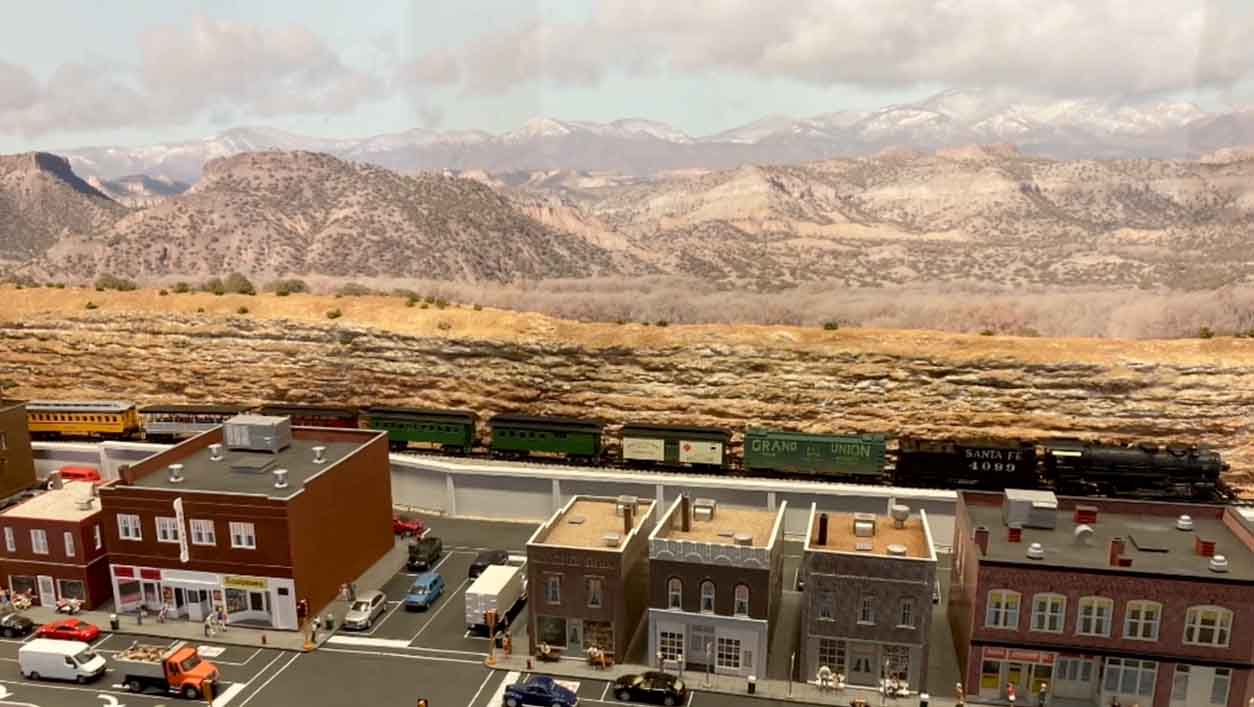 It really looks Jim is enjoying every minute of his layout, and that’s what it’s all about.

And the one before that:


Now on to Nigel:

“I have been following your blog for a couple of years now and it has very much helped we in wanting to fulfill a childhood dream of having a Model Railway.

I have found your blog to be an endless stream of useful information from all your contributors in helping me to try and avoid making any costly mistakes.

I live in Stacksteads in Lancashire and in the last couple of years kinda started the long journey of creating a Model Railway in a shed and wanted to give you some background as to how it came about and a progress report along with a few pictures.

When I was a young boy like many other kids I had a train set, it used to be put together on my bedroom floor most weekends and then have to put it away again.

I remember going to Hastings Pier in West Sussex as a young boy and seeing an amazing model layout of the Gotthard line (some of your followers may remember it), after seeing this fantastic model of trains going in and out of tunnels and the amazing scenery the dream was at some point to create a model of my own.

A marriage of over forty years to my lovely wife Lynda and the birth of my two daughters Charlotte and Becky and the time spent bringing them up removed any notion of railway modelling from my mind until I reached the milestone of my 60th birthday.

I started thinking about having a pastime in retirement, unfortunately still 5 years away those thoughts of having model railway of my own returned and the images of my visits to Hastings Pier came back to influence the sort of model I wanted to create.

I knew I would never get away with having a model in the house, even though the third bedroom would have been ideal, the wife would simply not entertain it. So I took the decision to make use of some spare outside space at the side of our house between the house and a conifer hedge which would allow me to make a good size model.

Now three months from my 63rd birthday progress has been made.

After deciding pre Covid 19 to create an N scale model operated by DC based on an Alpine scene with four main lines running around several loops of the layout crossing over each other thus using tunnels, bridges and gradients synonymous with the alpine region of Europe.

I started to purchase locomotives, rolling stock and track and after two years or so accumulated a good number of Swiss, German and Austrian locomotives albeit the majority of them used from ebay along with the rolling stock.

Having prepared the groundwork in early 2020 the erection of a 12 foot x 5 foot shed took place in June kindly being named Fernhill Station by my eldest daughter.

After triple coating the exterior of the shed with decking oil I started insulating it and installed the electrics.

I calculated that I could achieve a layout 4 and a half feet wide by 10 feet in length with a 2 foot by 6 foot area in the centre for me to operate it from, accessed by me crouching forward sat low on a salon stool to avoid me crawling on my knees.

I also wanted to have a small place to work and managed to install a small slideaway work top.

I wanted to have a place to store trains off the main layout and chose to have a lower deck with sidings to hold upto 8 made up train sets with two of my four main lines running around the lower deck, to link to the sidings.

So in last four months of the year I built the frame to support a double deck baseboard and also installed the lower deck made up from the doors and casings from an old discarded wardrobe covering it with some spare lino face down, later adding the 3% gradients courtesy of woodland scenics to get the trains from the lower deck up to the main deck, having already tested all my locos with 7 coach sets to ensure they could all manage the inclines.

I am currently working on the bus wire and In the coming months plan to lay the cork on the inclines followed by the track, following on by moving onto laying the track on the lower deck. 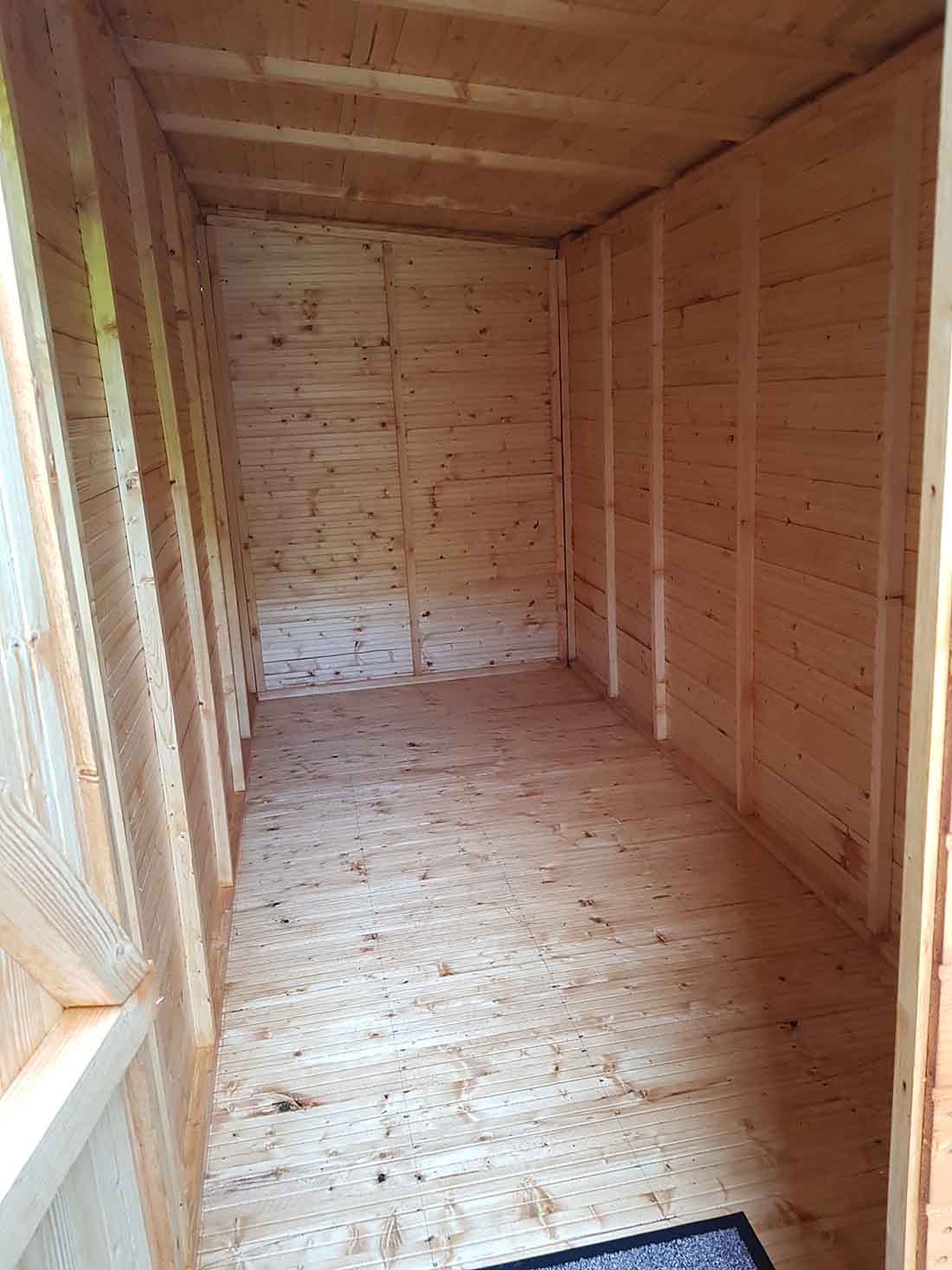 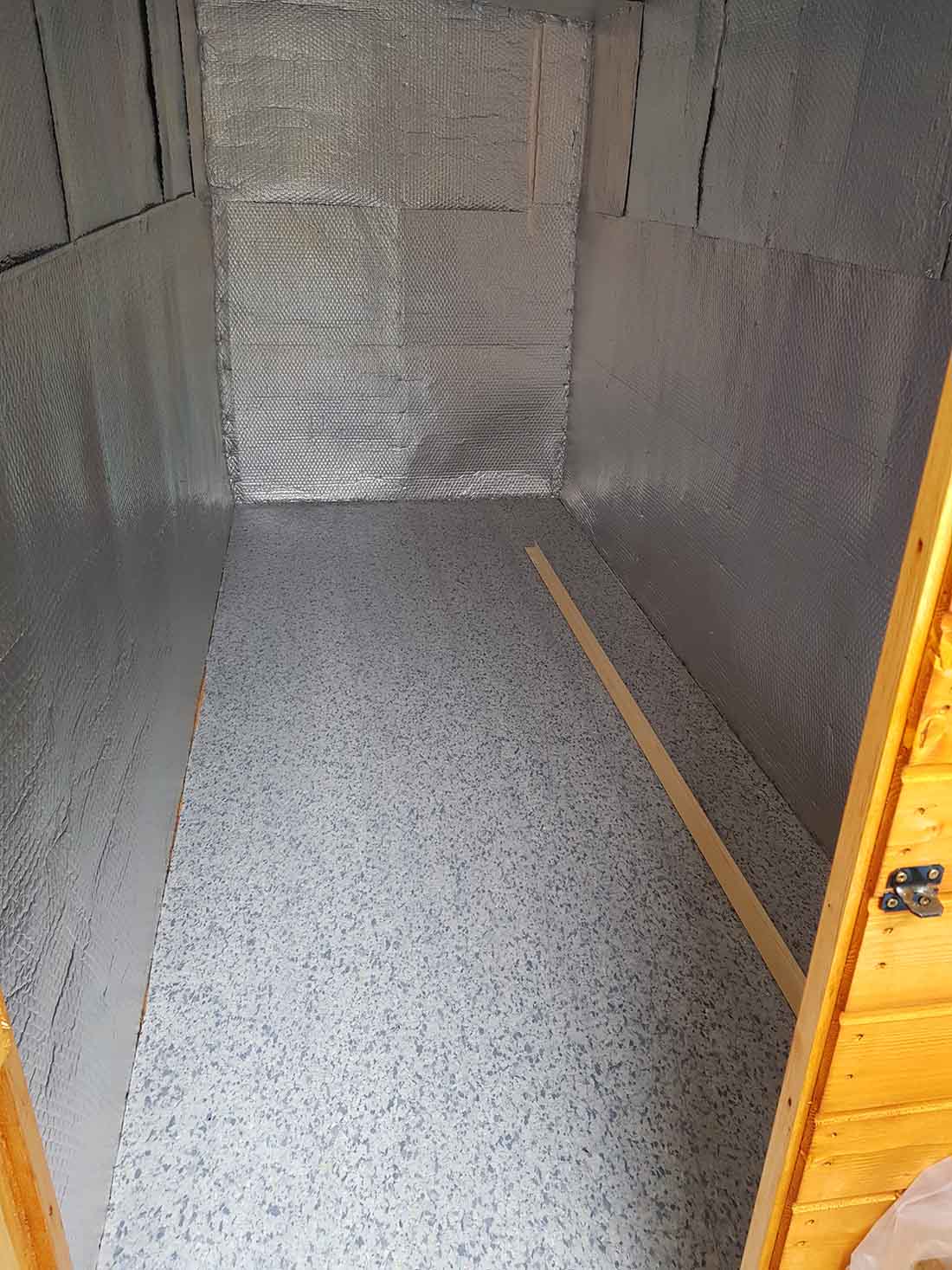 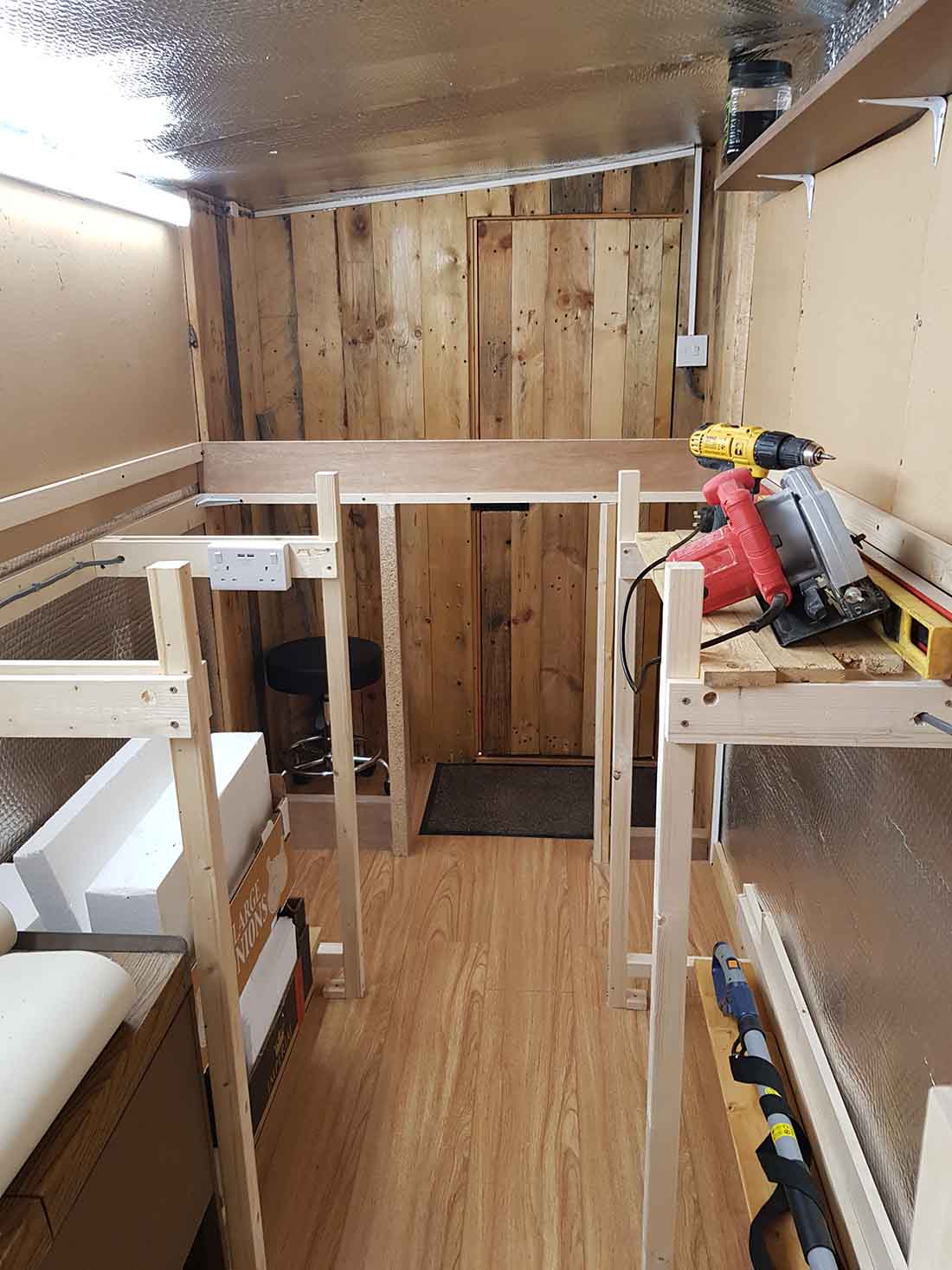 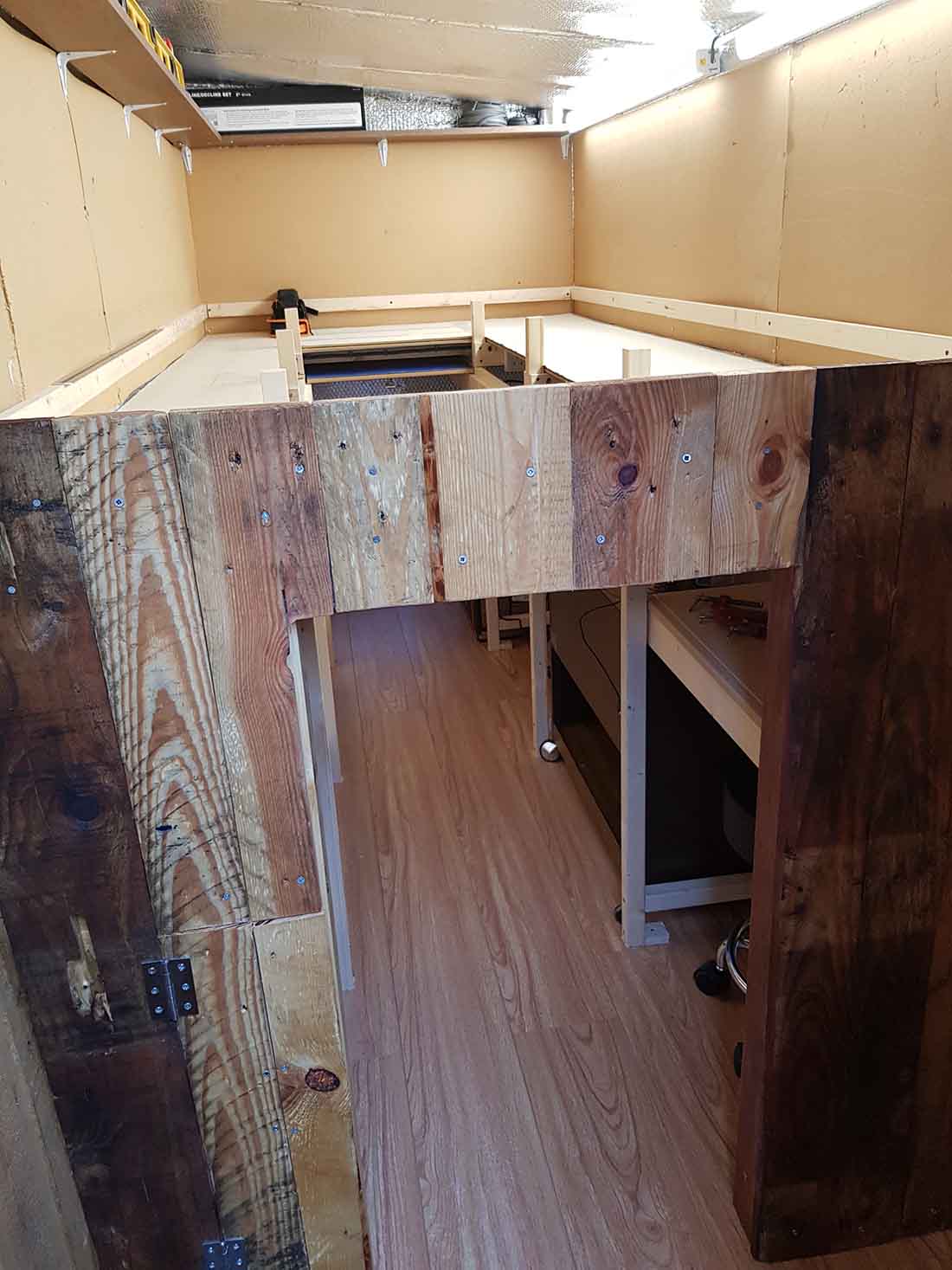 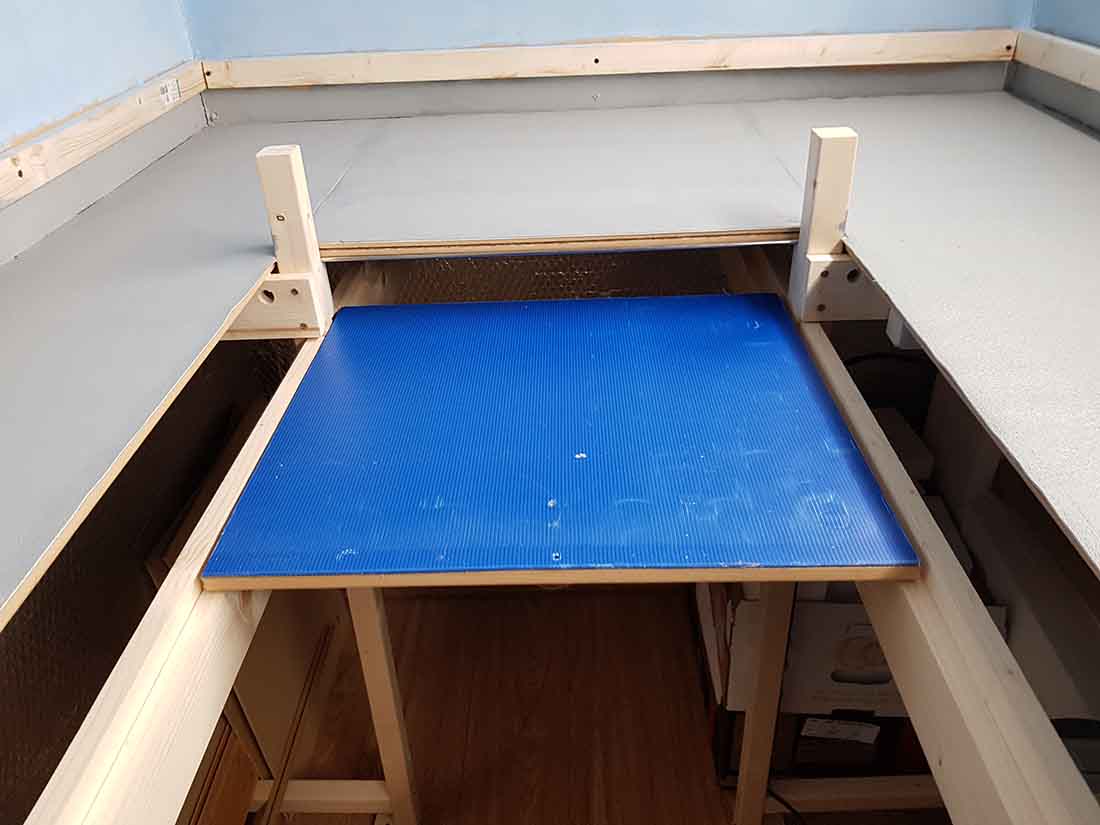 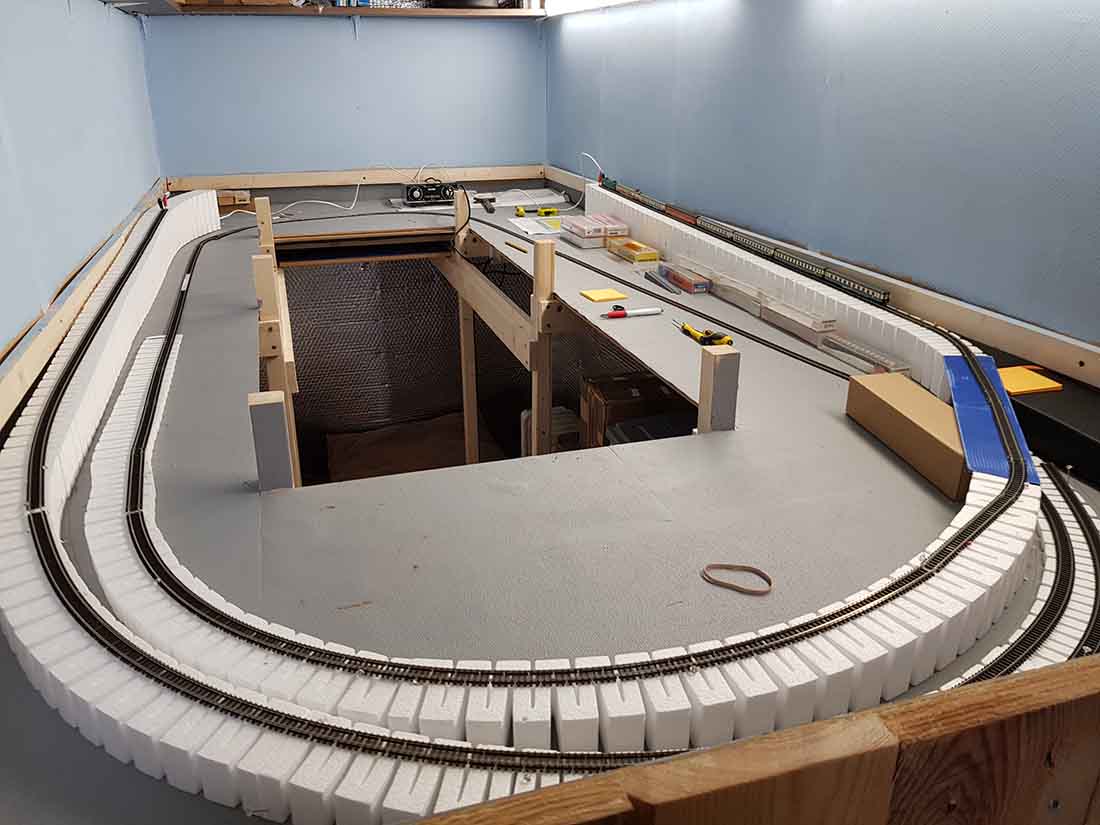 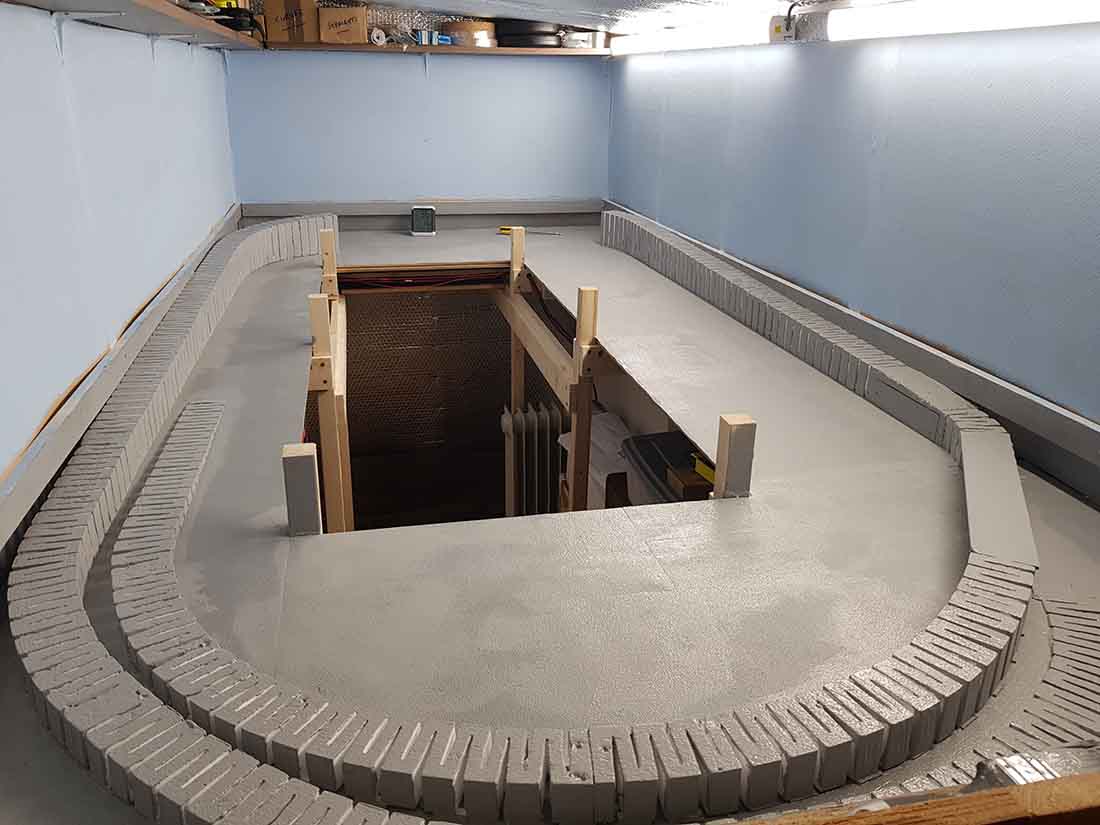 A big thanks to Jim and Nigel.