Phil’s been back in touch – this time he’s adding to the collection of WW2 model trains.

Well, I say WW2, he’s dialed back the clock even more to WW1.

What I love about his layout is the theme. Any layout with a theme will always look better than one without. That’s just the way it is.

And just as important as the theme, is making a start: Phil’s first post is here.

I thought I would share an update on my WW1 railway. If you recall it is set somewhere in the south of England in 1918.

A couple of things that I think worked well were adding balloons and elements of the grand fleet to the back scene. You can see this in the photos. I just downloaded some images and resized them to suit

I have also added an airfield with plane landing.

You will see I have installed the Oxford Rail railway gun in a siding which doubles as a small military camp. I have decided it is too much trouble to actually get the gun to run with the clearances it requires

The eagle eyed will see a loco running a signal. Working signalling is on the to do list 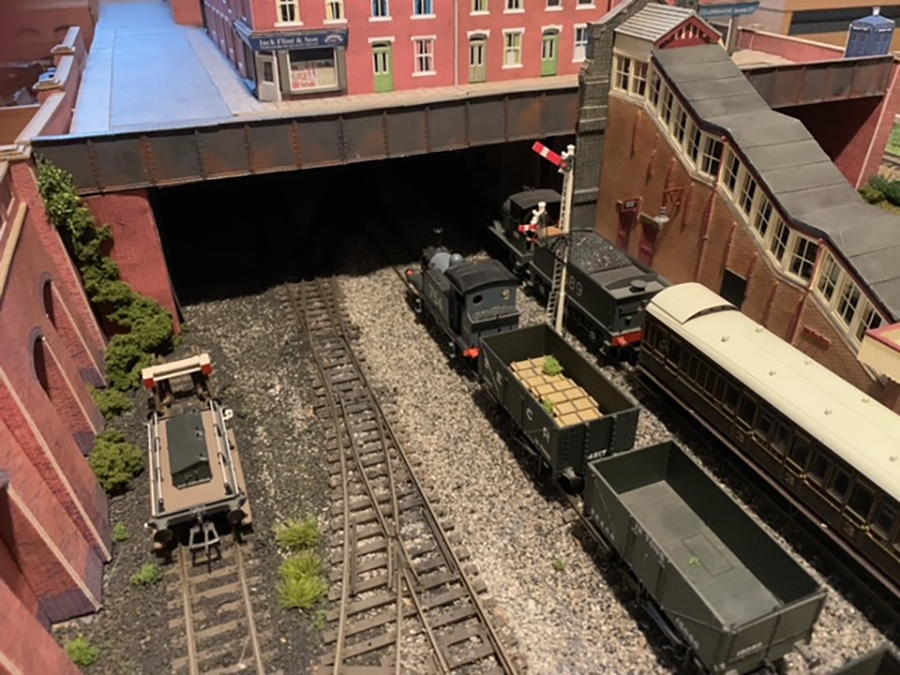 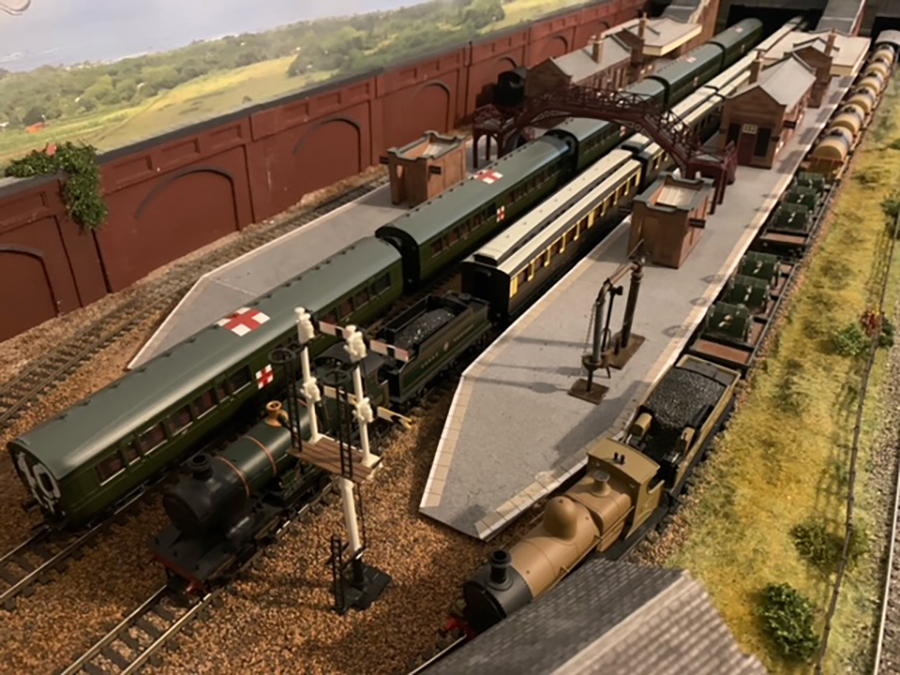 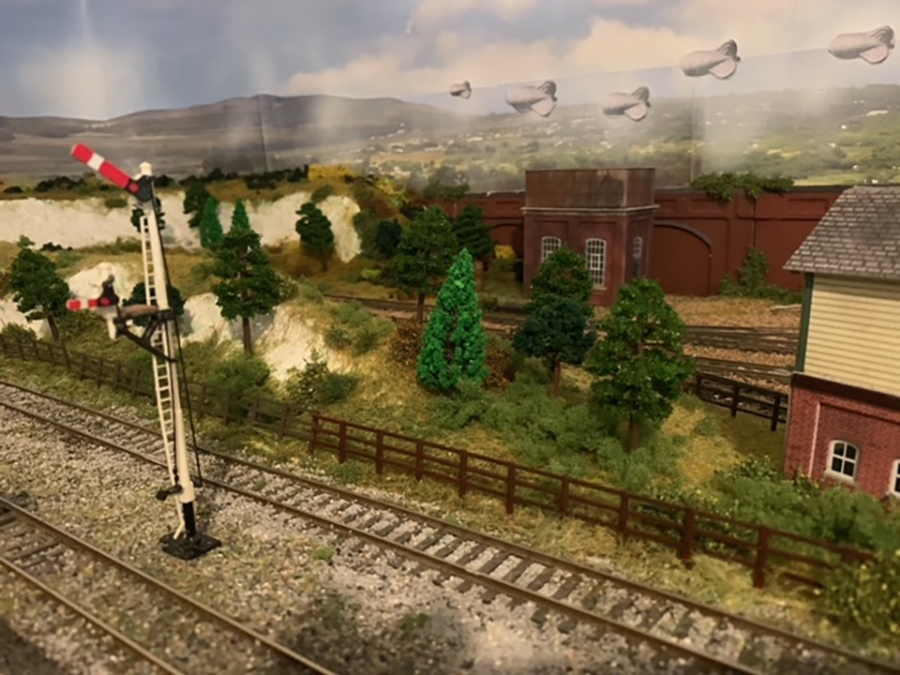 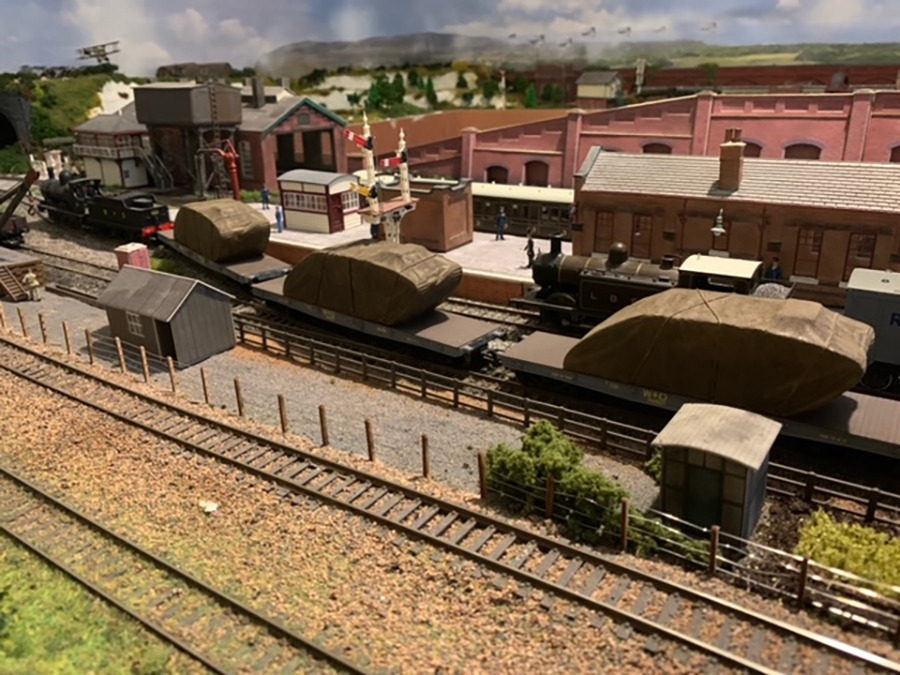 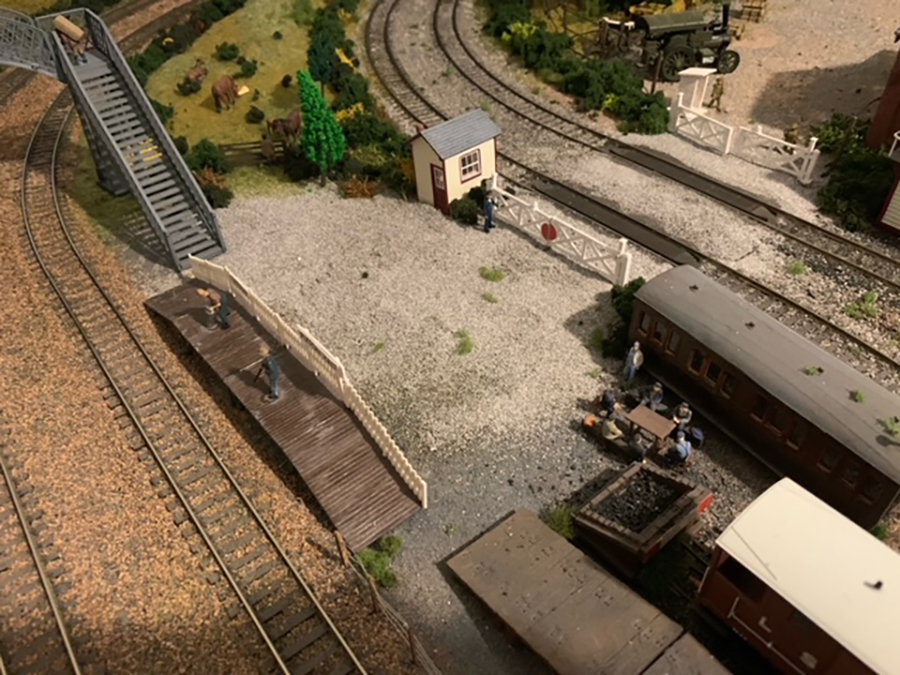 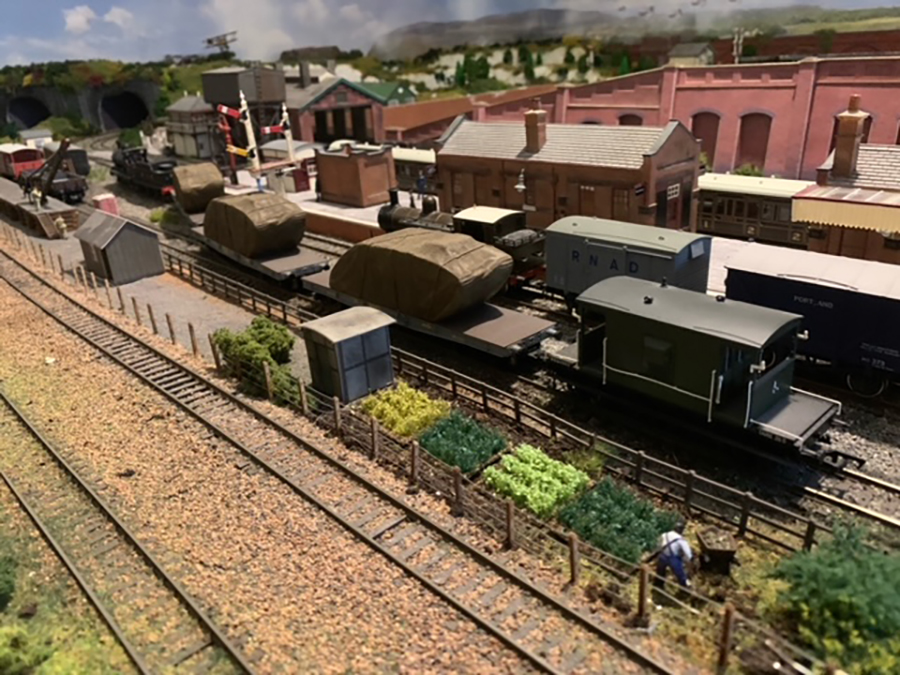 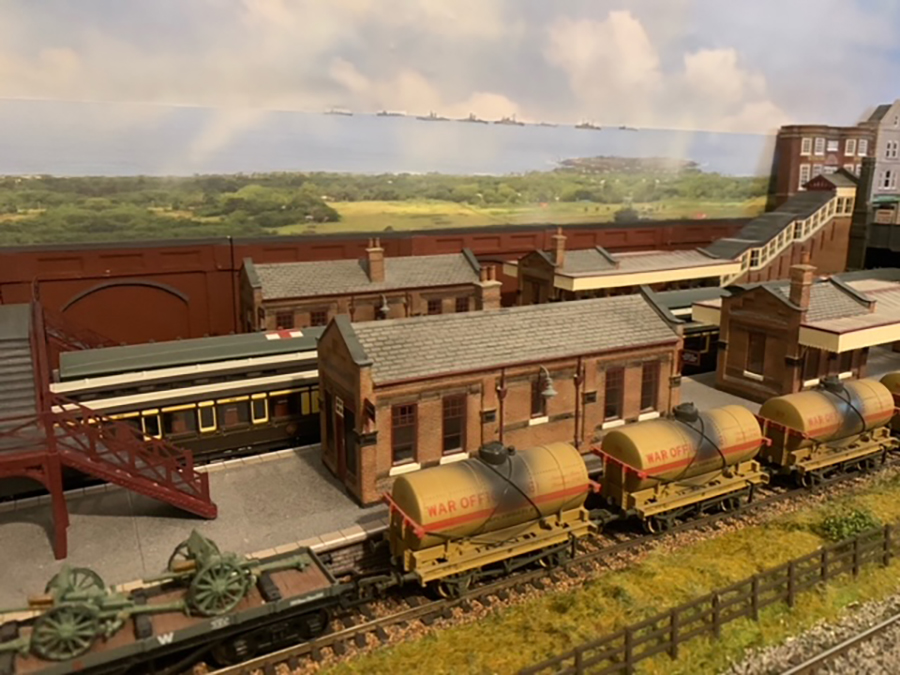 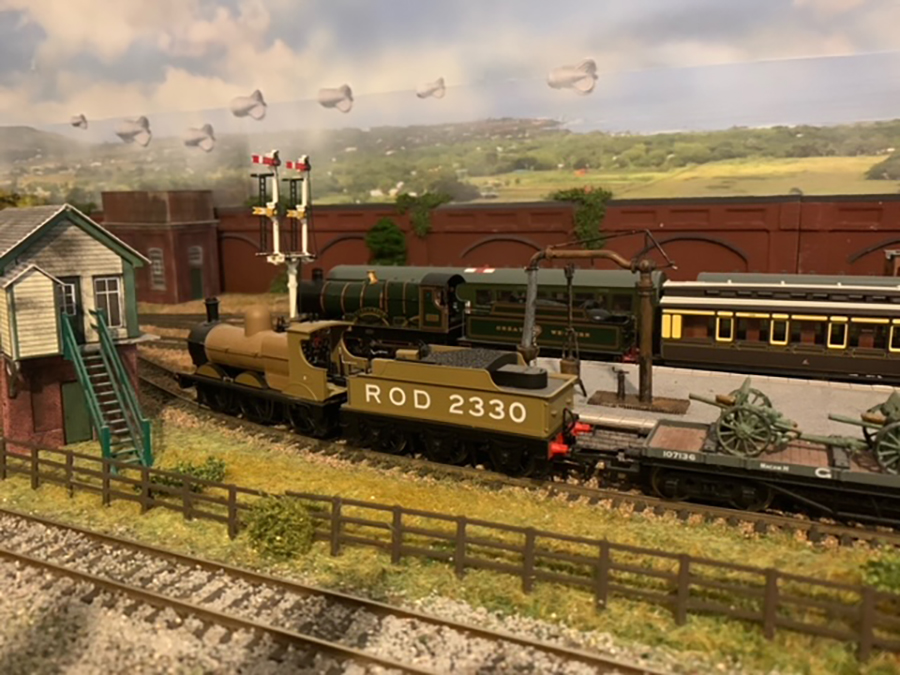 A huge thanks to Phil for sharing his WW2 model trains. Oops! No that’s WW1 for this post.

And who can forget Will’s army themed layout from all those years ago?

As long time readers will know, I do love a theme behind a layout. For me, it brings it to life. There’s only one thing I enjoy more – an update! So today’s post ticks all the boxes for me.

Hope you’ve enjoyed it as much as I have.

And don’t forget the Beginner’s Guide is here, if you want to get going on your very own layout.