Have never emailed you before but am slowing working on my double deck HO layout now that I am supposedly retired.

The helix is a 26” radius curve (as big as I could go) resulting in a 2% grade, which should be very manageable for my locomotives.

The supporting structure, as you can see, is threaded 3/8” rod with home store tie plates acting as the shelf for the end of the curves. They already have numerous holes drilled in them so I will use those to bolt the plywood roadbed to the plates.

Everything seems to be very stable so far, but have yet to run any trains. Each curve covers 120 degrees, so there are three pieces of ½” sanded plywood curves per level.

The construction allows me to automatically super-elevate the continuous spiral by simply raising the outside nuts a bit over the height of the inside nuts, nothing will have to be done to the track work itself. I read if you were going multi-level you needed to build the helix first, so that’s what I did.

I am modeling the Missouri Pacific De Soto subdivision during the late 60’s and early 70’s from Riverside to Cadet, MO and the extension to the Pea Ridge iron mine. I grew up in De Soto, the home of Missouri Pacific’s car repair shops.

I am still finalizing the track plan. Current idea is to start in Riverside on level 1 go through Horine (interchange with Frisco) then up the helix to De Soto.

Once I get all that done, I hope to go to layer three to get to Pea Ridge. The De Soto subdivision run’s from St. Louis, MO to Poplar Bluff, MO as part of the Arkansas division – St. Louis to Little Rock. II will be using NCE DCC.

I hope you enjoy and I am happy to answer any questions. 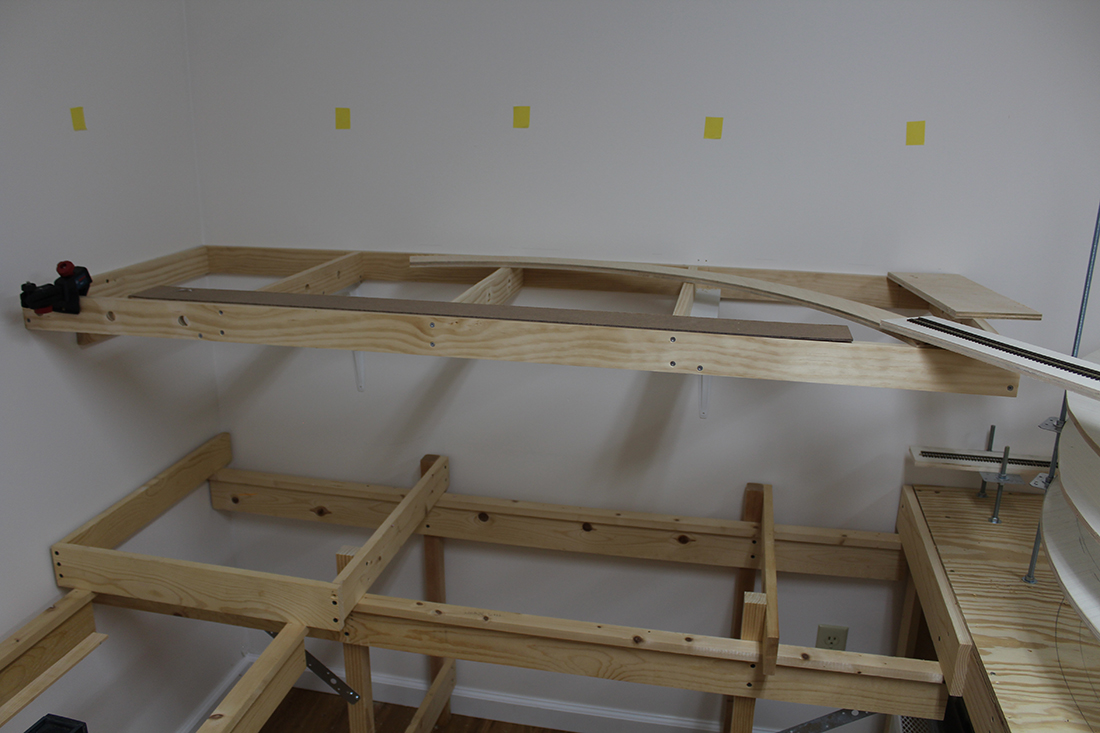 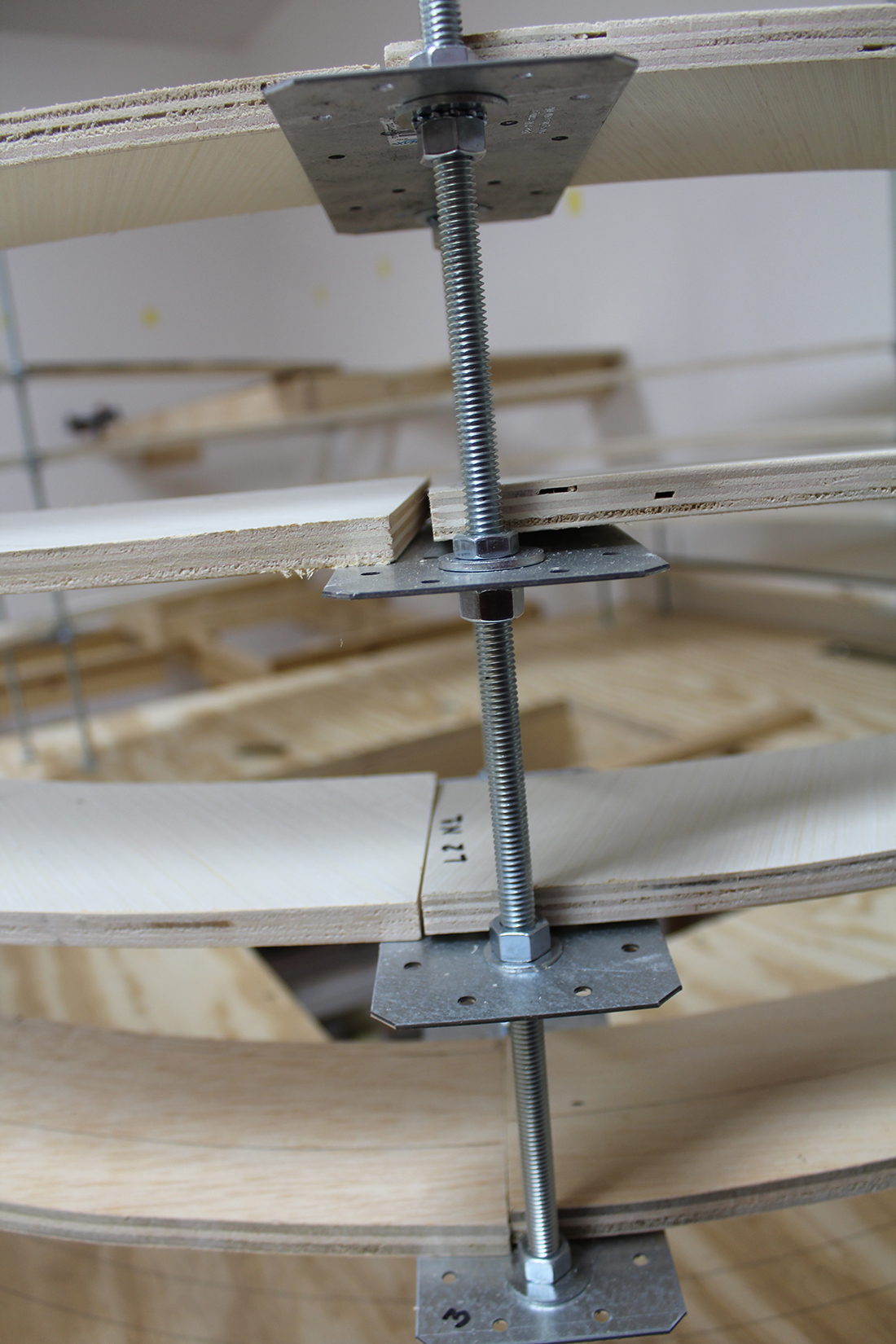 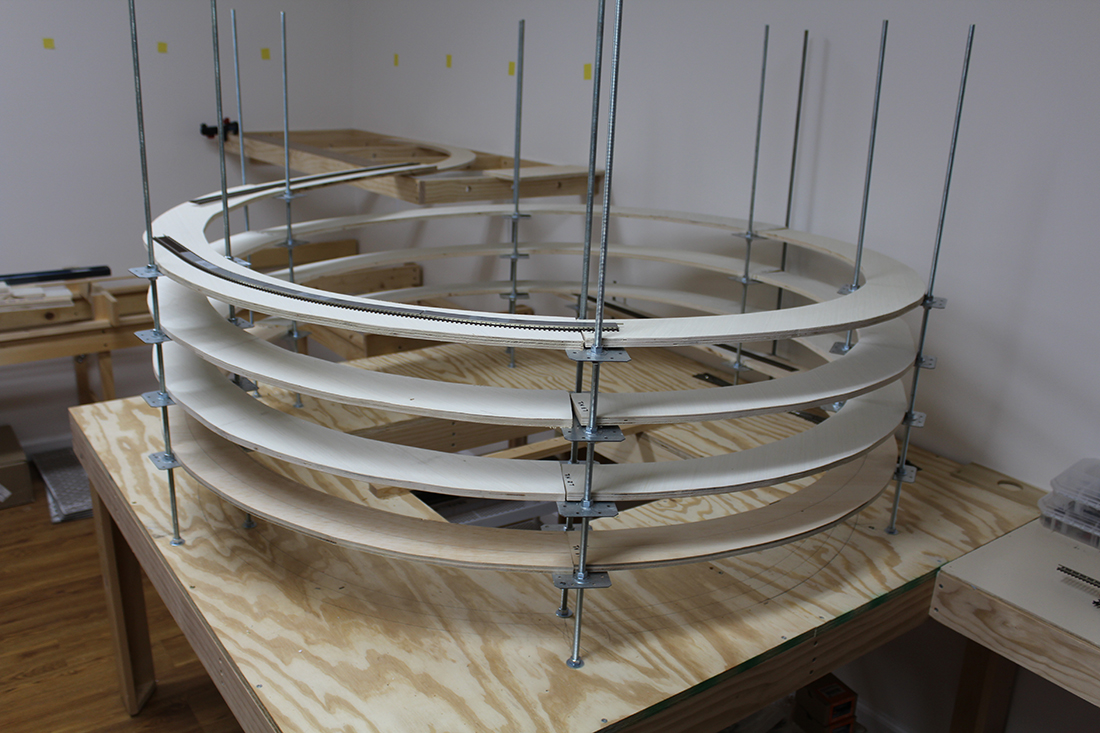 I commented on the recent blog entry regarding coal loads.

My neighbor was throwing out black styrofoam packed around furniture legs, which I grabbed. I then bought a used coffee grinder from our local thrift store. K-Cups have made these almost obsolete.

After filling the hopper, I spayed the top with hairspray. I can easily pull a long train of filled hoppers with a single Diesel engine. 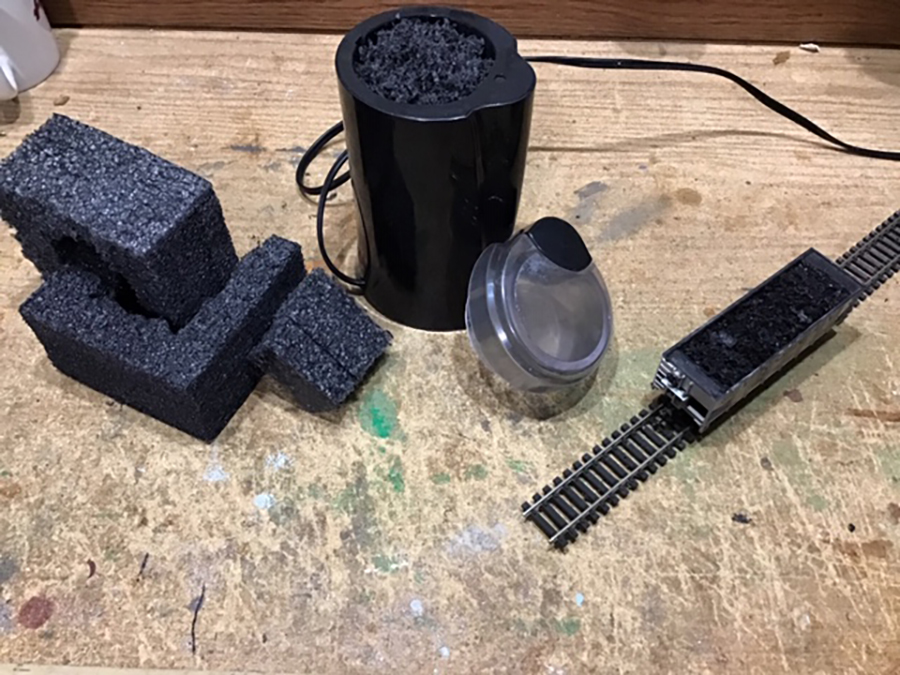 Now on to Jim – who has been kind enough to answer some questions on his last post, which is here.

Several of the people who responded to my latest work on Starrpoint, had some questions regarding several areas, NCE SWITCH8 MK2, the BI-COLOUR LED work and my transfer table.

First lets touch on the NCE SWITCH8 MK2. GEORGE ZAKY wanted some information on what goes into installing one. So for George here is my reply:

Here is a picture of the NCE SWITCH8 MK2 board 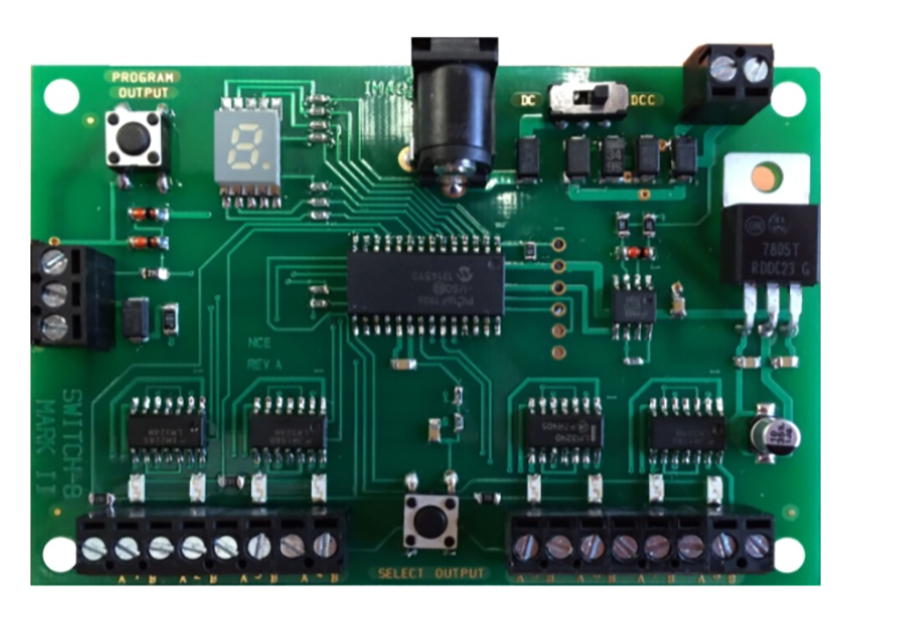 When you look at the board, you will notice several terminal blocks on the board. The one at the upper right is for power. This is where you place the power wires either from the track, or from a separate power source.

To the immediate left of the power terminals is the selector switch for DC or DCC operation, which ever you are using.

On the bottom of the board there are 2 banks of 8 terminals. It is here were you wire the turnouts. They are numbered 1 a b, 2 a b and so on until you get to the end of 8. You need two wires from the turnout, one for closed and one for thrown. The best way to wire the turnouts for proper alignment is to look at the turnout you are going to wire.

Now for the fun part of all this, you can program all of the turnouts with individual numbers. To do this first push the center button on the bottom and select the turnout you want to program.

Next push the button on the upper left corner, this is the programming button. You will notice that a flashing “P” will appear, indicating you are ready to program the selected turnout. You will need your DCC throttle to program the turnout. You can use any number you wish up to 3 numbers only. Push SWITCH on your throttle, select the numbers you wish to use for that turnout, and you will notice on the throttle either a “T” of “C” appear on the throttle screen. Simply choose the opposite alignment and you have now completed your first turnout programming. Congratulations.

ROLAND ALDRIDGE commented on using the BI-COLOUR LED’s for the turnouts. I did use them for all of the switches, however the way you mentioned and noted on the instructions from Tortouise I had issues so the way to solve the problems was to first wire all of the turnouts with the power wire on a continuous loop. All eighteen turnouts were wired in series, with only one wire to the main panel and connected to a DC power source. This eliminated the voltage drop at the turnout power. Next RED and GREEN wires from the tourtouise were brought back to the main panel and connected to the individual BI-COLOUR LED’s. You are right there was a lot of wiring doing it this way, but found it beneficial. No issues with the turnouts.

Well let me tell you, I was devastated the day the transfer table stop working. I found the issue to be with the electronic board that controls everything on it. I contacted WALTHERS, and HELJAN ( who originally made the transfer table for Walthers ) to purchase a new board. None are available. So now what needs to be done? I did not want to remove the table and have to fill in the space with wood. And I could not use a turntable to utilize the buildings in the Diesel area. I had to find a way to make it work. So I put on my electronic thinking cap, and came up with a solution. A DC power pack could be used to control the movement of the transfer table deck. So that solved that problem. But what about the lighting? AH there was the ultimate headache. There are two lights for the table and one that blinks indicating the table is moving.

So what to do? Well there was only one solution, design a electronic board to control the lights. Here is a picture of the board that I designed and built to handle the light issues 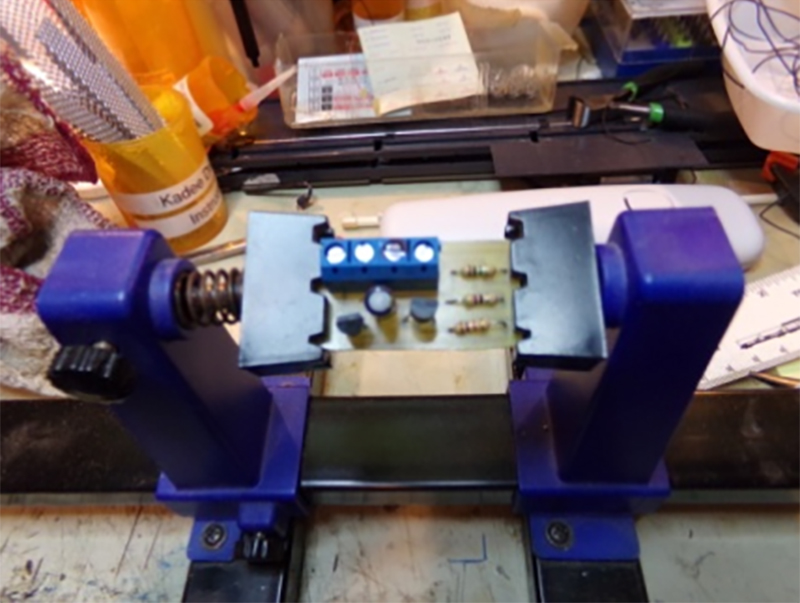 The board contains two transistors, one NPN and one PNP. Three resistors are necessary, 1K, 100 meg and a 47 ohm. A 2.2 ohm capacitator, and a four terminal wire connector.
And it works. Now I can use the Transfer Table again with added excitement.

I hope the information and answers to all of the above questions are helpful.

A big thanks to Gary, Marvin and Jim.

That’s all for today. Please do keep ’em coming.

And don’t forget the Beginner’s Guide is here if you want to take your first step with your own layout.

19 Responses to Gary builds a helix