Thanks for other rail updates I enjoy them

my grandson is choo choo mad especially Thomas the tank engine. I foolishly said I would make a thomas train layout for his birthday in August just thought I would pop a few photos to you to show the progress. It has to fit in the back of a Honda Jazz and be light weight so it can stand up his dads garage, I used a piece of insulation board for the base and so far its going well only short tank engines allowed cos of small radius curves. 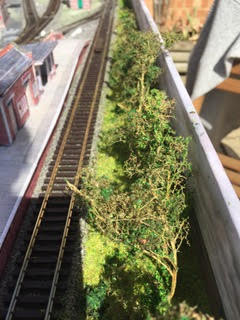 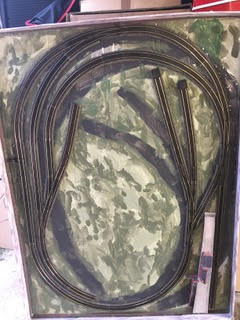 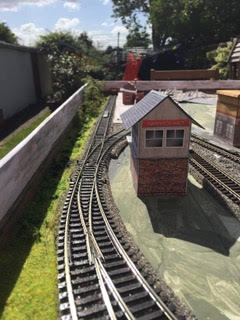 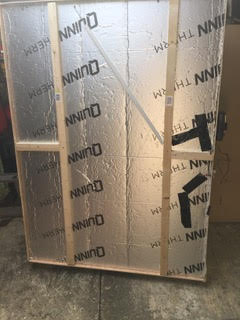 I know all your readers like tips, how about a simple conversion job.

All that is needed is some thin balsa wood, slate roofing card, paint and glue.

I suppose most British railway modellers have at some time purchased the low relief cinema kit from Metcalfe and either used it as a backdrop or stowed it away for future use. (Pic 1).

Mine has been on the shelf for a few years now and seeing it I decided to incorporate it in my new Wensdale layout, except it looked as if it should have a better place as it is rather well finished, so in a couple of hours I transformed it into a stand alone unit.

First I took of the card backing off the cinema and made a simple balsa box with a shelf to hold the lighting for the shops and cinema entrance. (Pic 2).

Next was to slip in a balsa shelf where the top windows are and fit a strip of three blue lights and a baffle behind them to shield the blue light from the shops. (Can’t really be seen except for wires (Pics 3+4).

Next a couple of small arms stuck either side of the cinema door and a red balsa baffle behind with door marked on and give a back to the shops. (Pic 3).

Then I matched the cinema height with the box and stuck balsa roof rests on top of the box. (Pics 5+6).

Next stick the cinema front and the box together and hold while set.

Final job was to cut some roofing slate cards to more or less match the cinema roof (Pic 7).

Really pleased how it turned out and may give some others an idea of what they can do in a couple of hours on a miserable day. 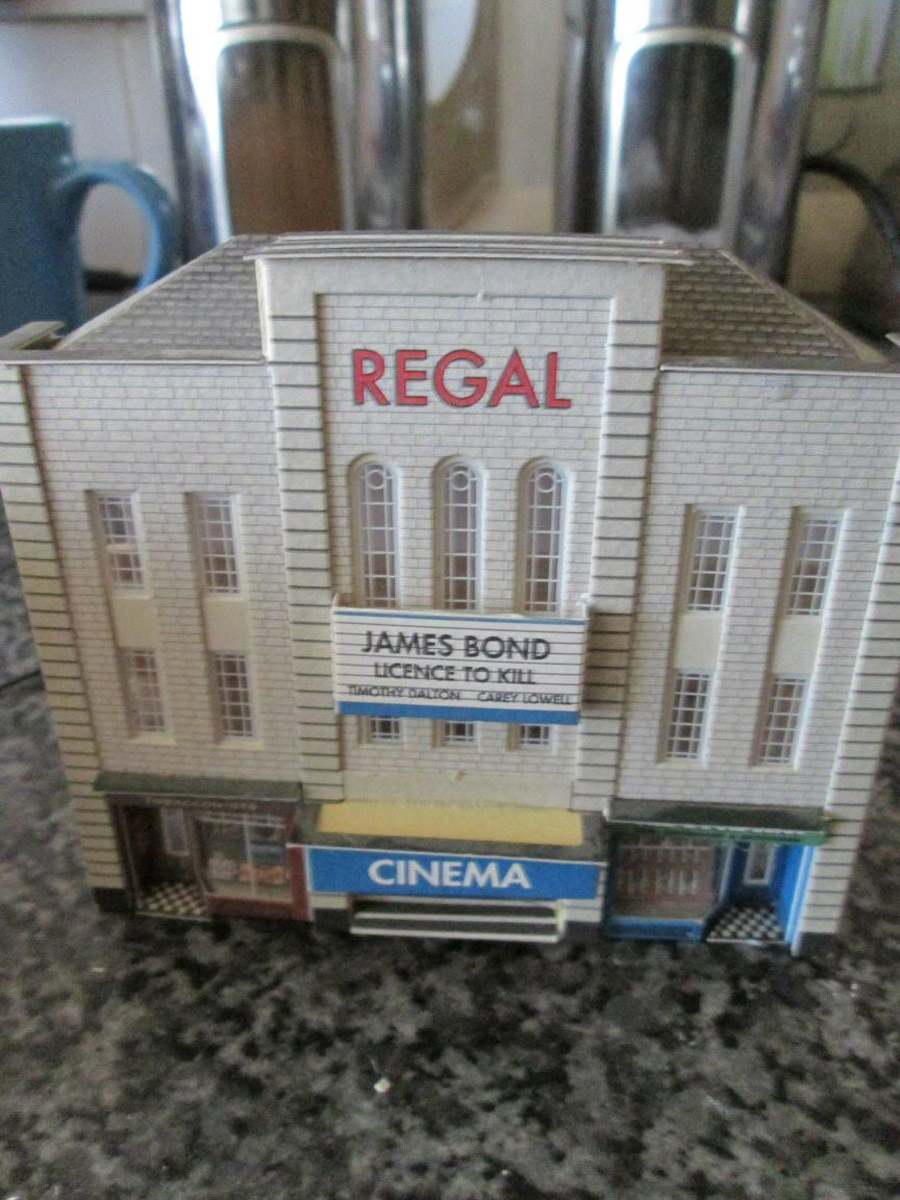 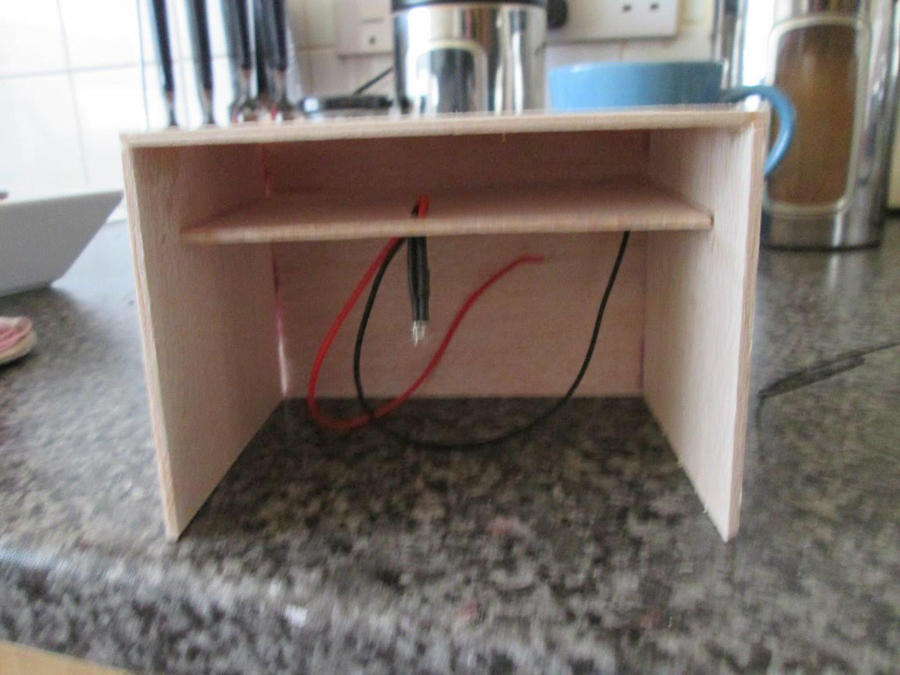 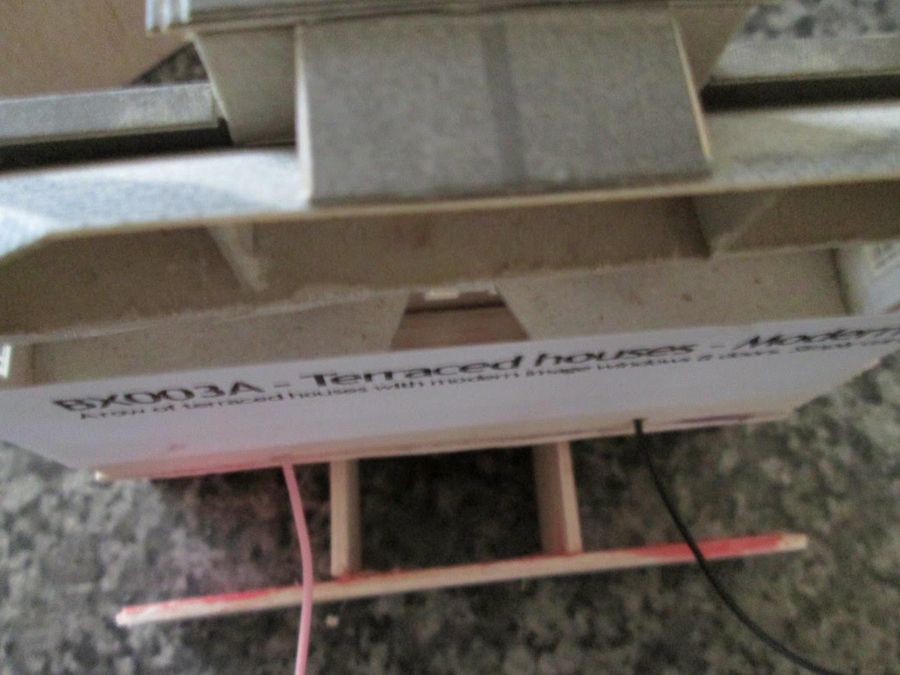 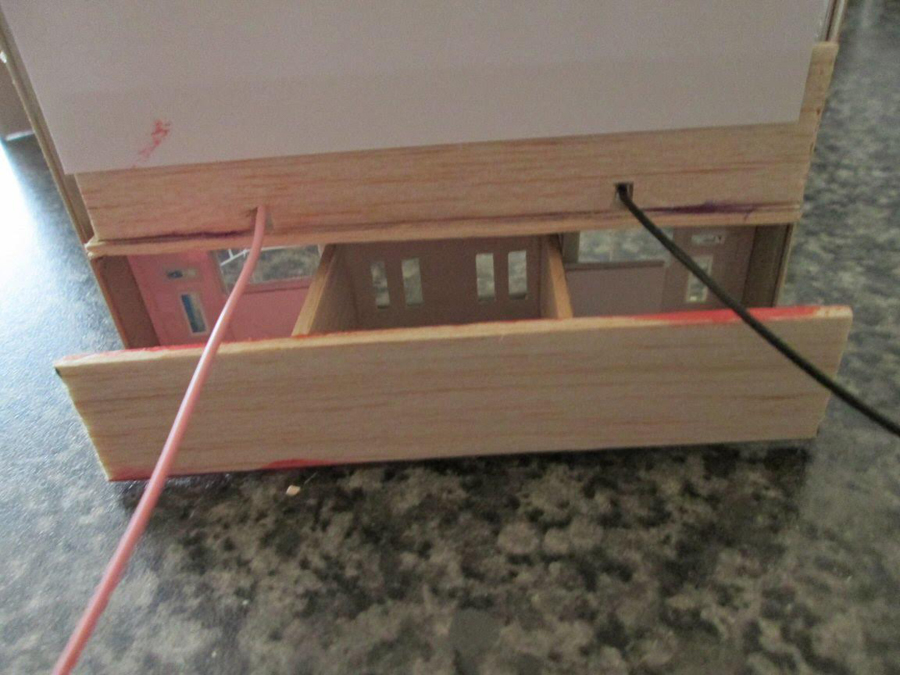 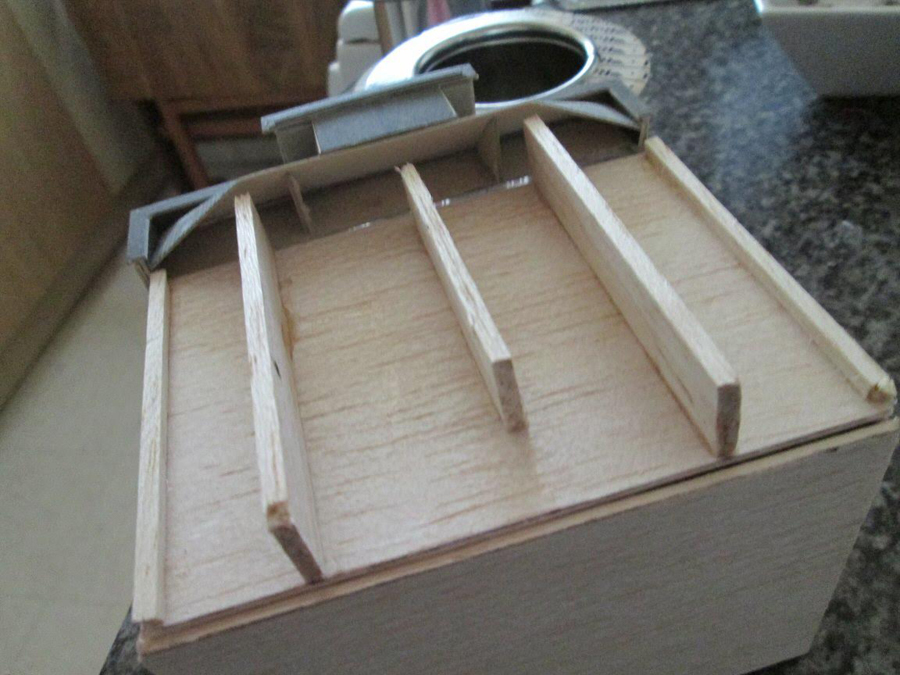 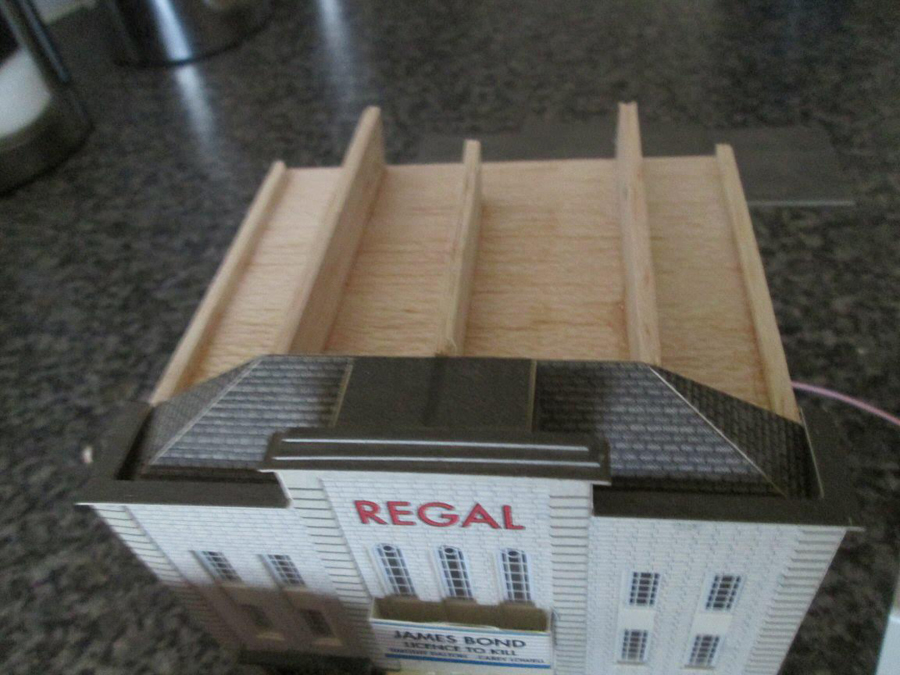 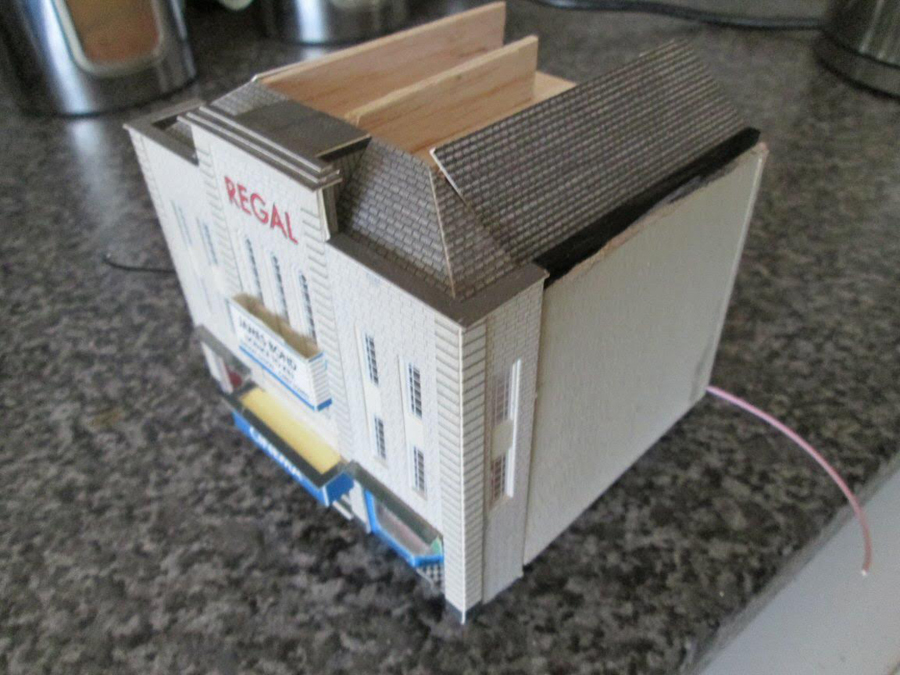 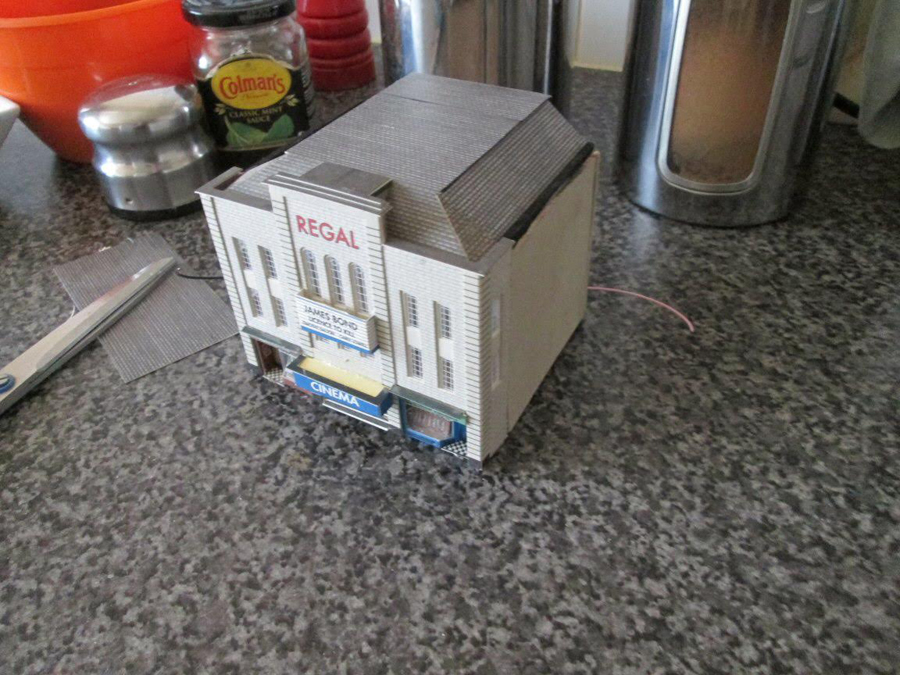 A huge thanks to Eric and Ashby.

I still enjoy looking through my inbox and seeing your projects. I love just how different they all are, and how many different approaches there are to common problems.

That’s all this time folks – please do keep ’em coming. And if you’ve decided it’s time for you to take the plunge, the Beginner’s Guide is here.